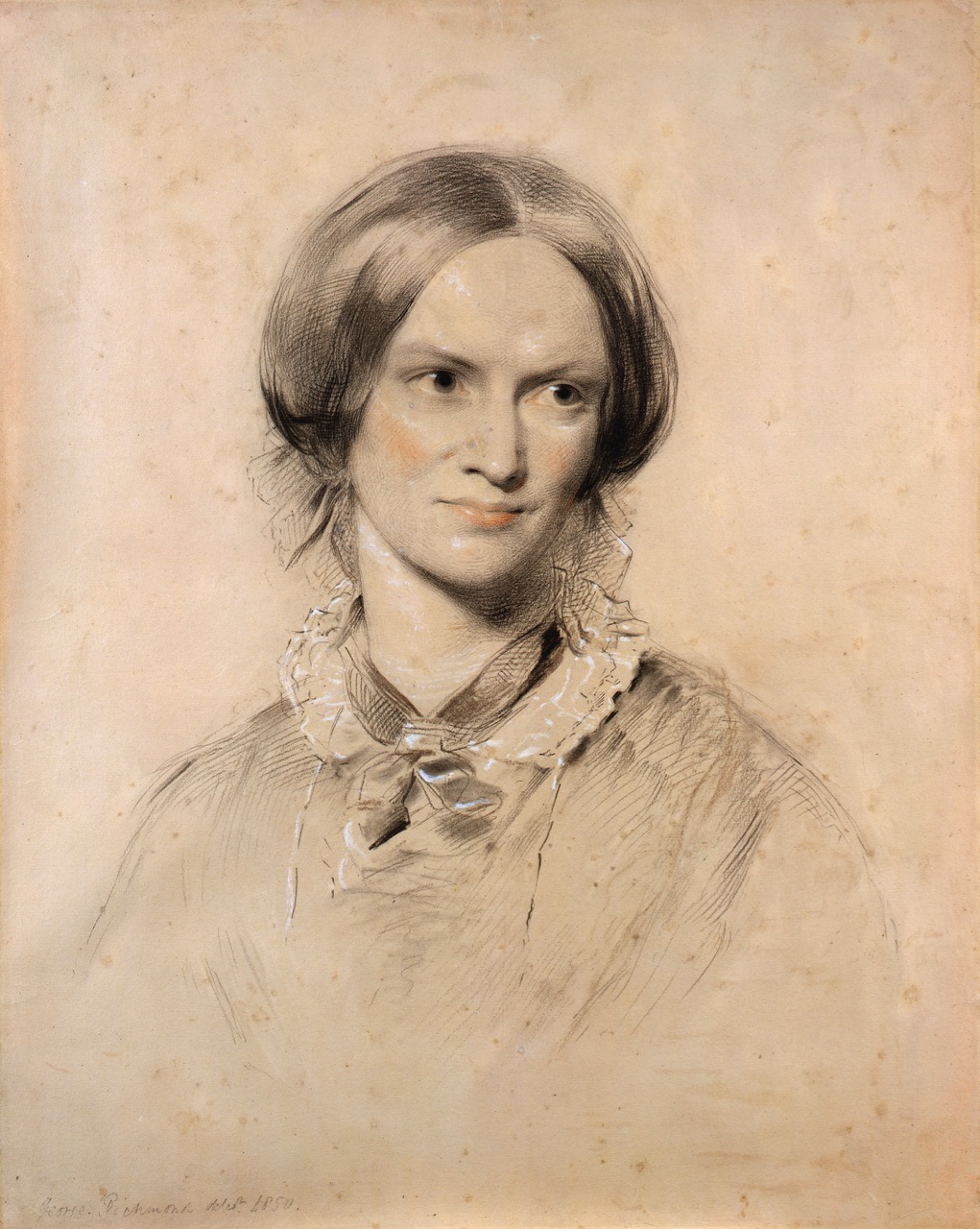 My first exposure to the Brontës—Charlotte, Emily, Anne, and Branwell—happened not on the page, but on television. The movie was 1946’s Devotion, and it starred Olivia de Havilland and Ida Lupino as Charlotte and Emily, respectively, living lives of intense emotional need in 1830s Yorkshire. The world director Curtis Bernhardt painted in that picture—a black-and-white universe filled with fog, barking dogs, and chilly moors—was not unlike the atmosphere I imagined when I dreamed of the life of a writer. (I was not yet a teenager when I saw the film for the first time. I never miss it when it plays.)

I loved Bernhardt’s entire enterprise; the only characterization that felt contrived, though, was de Havilland’s portrayal of Charlotte. The actress never missed a chance to show what a schemer she imagined the eldest Brontë to be. Indeed, once Charlotte publishes Jane Eyre in 1847, the camera focuses on the author gloating in her success, bug-eyed, feeding on luxury, a precursor of the late English romance novelist Barbara Cartland, who was devoted to diamonds and 1980s excess. For some, Charlotte Brontë (1816–1855) founded the romance novel, and they consider Jane Eyre the paradigm of the form: a “fiercely” independent girl-woman, seemingly doomed to loneliness, manages to fall in love with a dark-haired man with a mysterious past. No one lives entirely happily ever after in these longing-soaked sagas, but, by the end of many of them, the heroine often feels she’s met her soul mate—or her fate.

In 1854, nine months before she died, Charlotte Brontë married Arthur Bell Nicholls; like her father, Patrick Brontë, Nicholls was a curate. By the time she married, Charlotte had survived all five of her siblings. (Two daughters borne to Patrick Brontë and his wife, Maria, died one after the other, in 1825. Maria herself perished in 1821. Maria’s sister Elizabeth moved in later to help Patrick look after the children.) While Nicholls’s wife was no doubt interested in and grateful for her husband’s attention and companionship in the West Yorkshire gloom (the couple lived in the Haworth Parsonage, the house where she had grown up), she probably always reserved her greatest love or more precisely most active affection for her late but ever-present brothers and sisters. As her most famous novel grew in popularity, two key literary figures—William Makepeace Thackeray and Brontë’s future biographer, Elizabeth Gaskell—became allies; they were sensitive to Charlotte’s ambition, need for solitude, and the voluptuous, dry hurt and loss that helped shape her and her ideas about love, and writing, and the interior life of an artist. 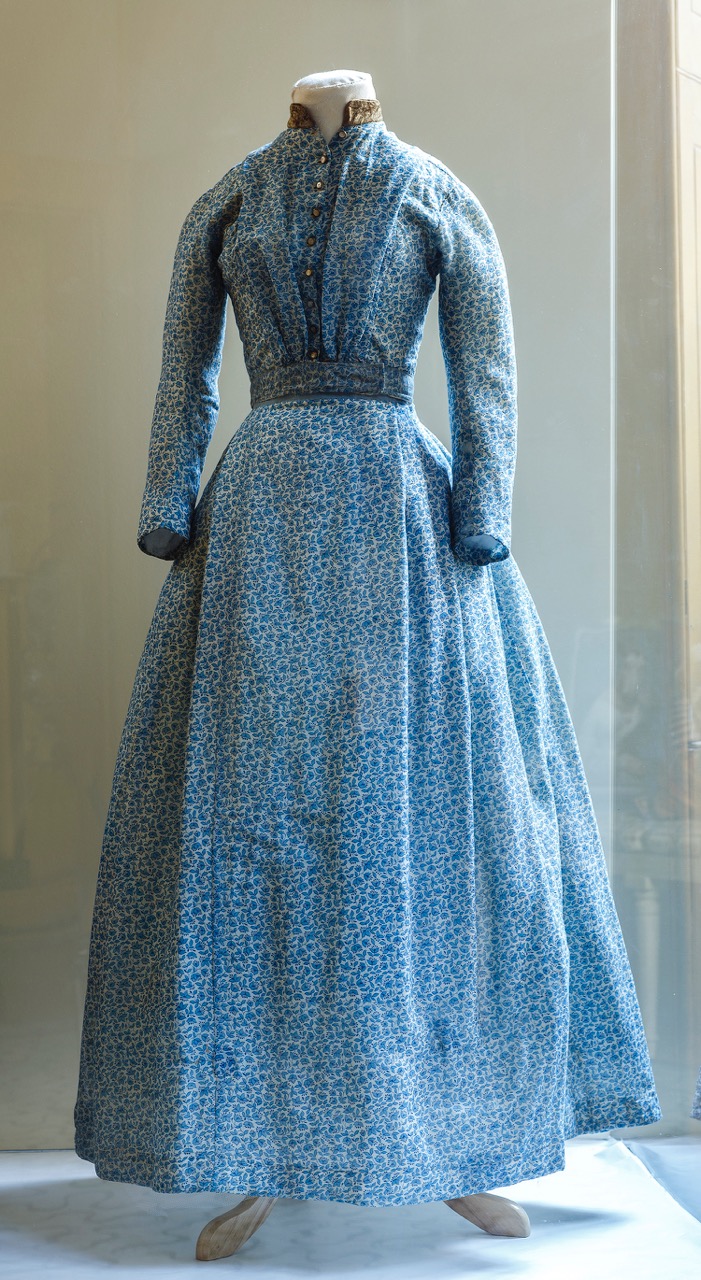 The Morgan Library’s Charlotte Brontë: An Independent Will commemorates the two-hundredth anniversary of her birth. The show is notable for a number of reasons, chief among them being that it’s the first time the four institutions with the most significant Brontë holdings—the Morgan, the Brontë Parsonage Museum in Haworth, the British Library, and London’s National Portrait Gallery—have come together under one roof to create a portrait of a family and a writer. But what one notices first is absence. Near the entrance, curator Christine Nelson has installed, in a glass case, a floor-length blue-and-white-print day dress that belonged to Charlotte, all four feet, ten inches of her. In a way, the absent Charlotte stands sentry over this relatively small exhibition, which features portraits, letters, manuscripts, and other ephemera related to the extraordinary output and rather circumscribed lives of the Brontë siblings. (Of the four, Charlotte traveled the most extensively, which is to say not much.) Arranged chronologically, the display proper begins with an ambrotype of the Haworth Parsonage, circa 1850s. Situated on a hill near the moors, the two-story dwelling was solidly built and made drab by the harsh winds and rain; inside, there was the drama of creation.

Legend has it that the Brontë children began imagining worlds other than their own after Patrick Brontë, returning home from a trip, brought with him a set of toy soldiers for his only son. In short order, Branwell and his sisters were writing poems and epic tales in a minute script—the better to hide their writing in plain sight from their father and aunt—based on the inner lives they ascribed to the military men. (Charlotte, Emily, and Anne were “genderless” authors. That is, they were never circumscribed by what a woman was supposed to do on the page, or presumed could do.) The manuscripts and books they produced during this time are fascinating to look at, as is the small, elegant volume of poems the “brothers” Currer, Ellis, and Acton Bell—Charlotte was Currer, Emily, Ellis, and so on—published with financial support from the authors themselves, in 1846. (A year after the book came out, only two copies had been sold.) But all of this was just a prelude to the novels the sisters wrote and published as adults—books united in their understanding of unrequited love and the pain of loss. (Branwell died in 1848 from the combined effects of tuberculosis, opium addiction, and alcoholism. Of the three sisters, Emily mourned him most; Charlotte had a tendency to turn her back on waste.) In her brilliant 1972 essay about the family, Elizabeth Hardwick singles out Emily’s genius as the most distinctive, saying that Wuthering Heights “is a virgin’s story. . . . Consolations do not appear; nothing in the domestic or even in the sexual life seems to the point in this book.” 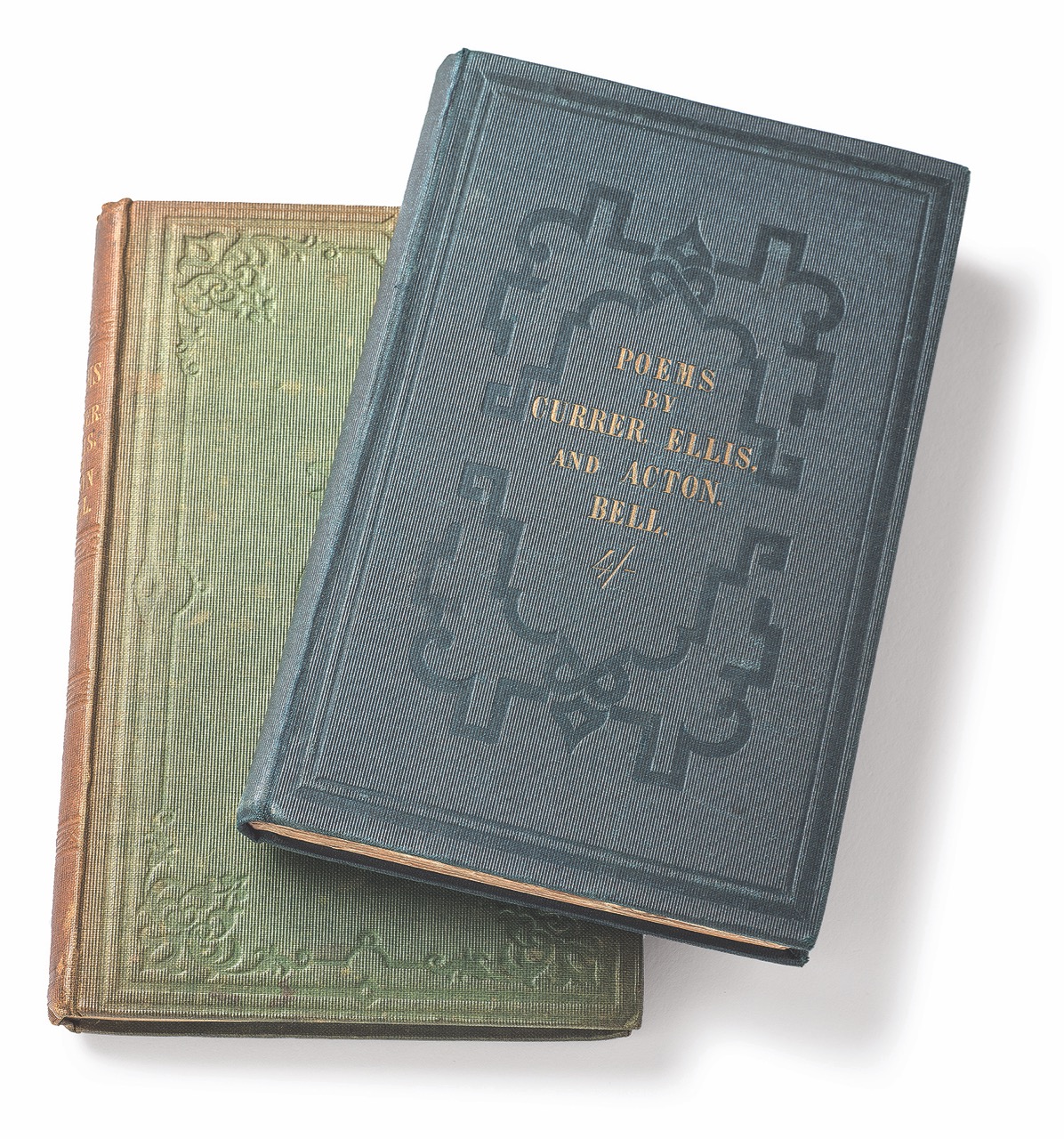 Unlike Charlotte and Anne, Emily did not want to forgive the world’s harshness by finding love, or submitting to love, and it is a similar harshness that may overtake you as you go through this rather tight, safe, and ultimately visually uninteresting show, whose greatest absences are the actual stories the Brontës made. This points out the vast, problematic difference between ephemera and text. Museum shows, perforce, have to minimize a writer’s body to display their product—or, rather, the creation of it. What are trinkets, though, compared to the great narrative sweep that required the author’s whole body and soul to make? Most of the information on display here can be seen reproduced in important biographies like Juliet Barker’s The Brontës; there are no new discoveries amid the information offered. One looks at the notebooks, letters, and so on, hoping to cull a more powerful or at least present sense of these remarkable women, but nothing is made live here; everything has the sanctimonious air of carefully tended stuff. What would it have cost to breathe real motion-picture life into this show, to have a clip of Ida Lupino’s Emily, say, mad with genius, traversing the moors with her dogs, free at home, while Charlotte and Anne dreamed of love, of being fully realized women? The exhibit is borne out of show business, too, but without the entertainment.

Hilton Als is a staff writer for the New Yorker magazine. He is the author of White Girls and is the coauthor of Robert Gober: The Heart Is Not a Metaphor.