Film
A Star Is Born 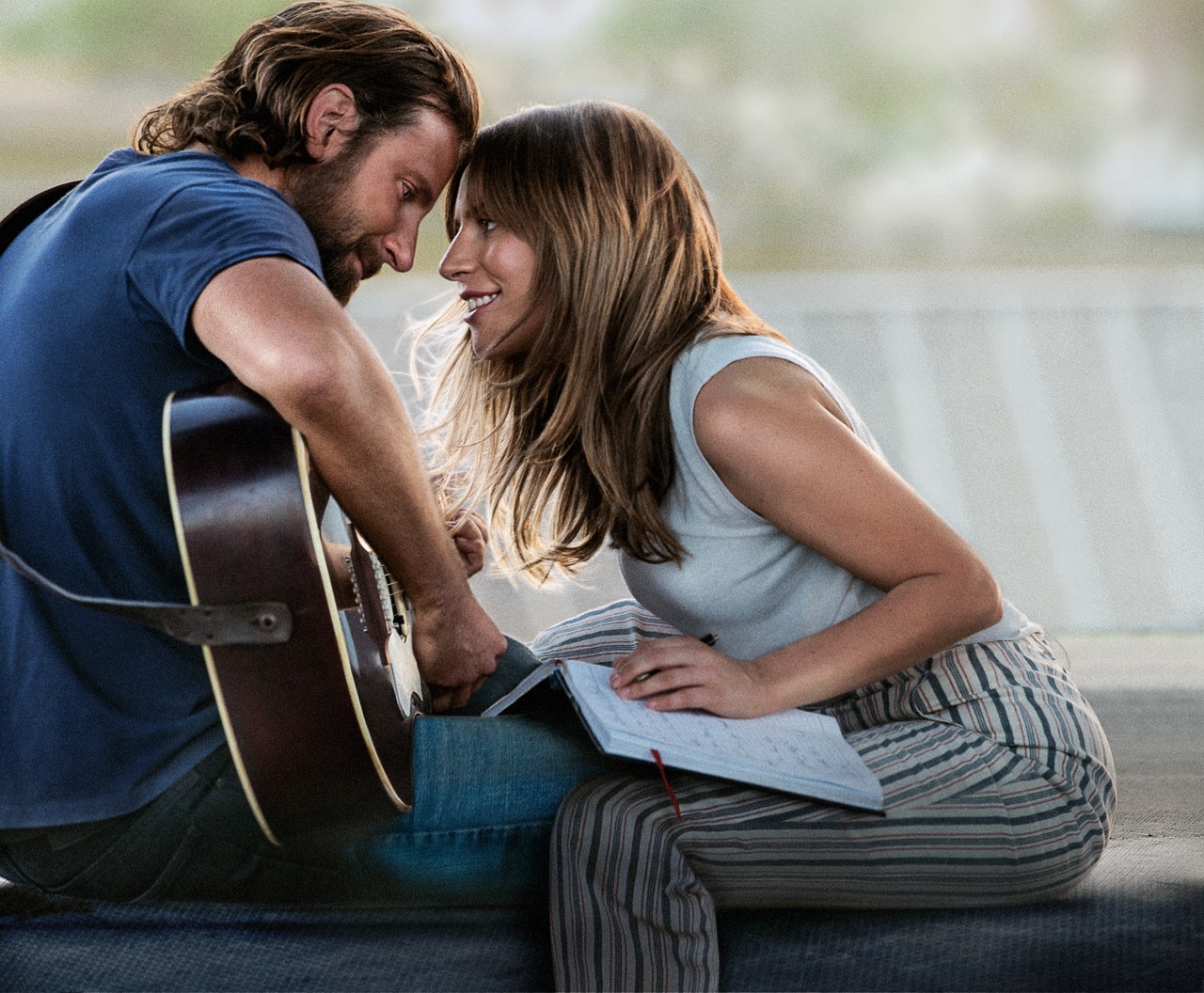 A Star Is Born, directed by Bradley Cooper

A Star Is Born, a melodrama about the invincible love between a once-great talent sinking deeper into addiction and his rapidly ascending protégée, stands as one of moviedom’s most enduring meta–fairy tales. And, like all fairy tales, it presents a set of symptoms for the amateur psychoanalyst, also known as the spectator, to decipher. The latest iteration of A Star Is Born—directed by Bradley Cooper, who acts opposite Lady Gaga—marks the fifth time the tale has been told. (George Cukor’s What Price Hollywood?, from 1932, is the progenitor of the four films with the title A Star Is Born that have been made, beginning with William Wellman’s 1937 version.) Is it more accurate to call this cherished property a franchise—or a manifestation of obsessive-compulsive disorder?

A star is born: the declaration chimes syntactically with “A Child Is Being Beaten,” Freud’s 1919 essay on fantasies, sadism, and masochism, all prevalent themes in Cooper’s movie and its predecessors. Every interpretation of A Star Is Born is a hall of mirrors, featuring long-established A-list performers whose characters constantly reflect and refract the career trajectory of the real person playing them. The constellation of Stars is dense with ego-ideals, especially Cukor’s 1954 rendition, a comeback vehicle for Judy Garland, who portrays a gifted singing and dancing hopeful devoid of the prodigious self-destructive urges that plagued the actress offscreen. Cooper’s remake, the first Star of the twenty-first century (and the first since the 1976 redo, starring Barbra Streisand and Kris Kristofferson), is engorged with ambition. The project announces not only Cooper’s directorial debut but also Lady Gaga’s first leading role in a movie. But the stars here aren’t reborn so much as they are rebranded.

I mean this less dismissively than it sounds. There’s often tremendous satisfaction in witnessing the sheer level of commitment evinced by the film’s two leads, especially by Cooper, who also cowrote the script (with Eric Roth and Will Fetters) and served as a producer. Cooper—who became a celebrity as one of the debauchees in The Hangover (2009) but soon thereafter established himself as a regular in the far more exalted films of David O. Russell—immediately, overwhelmingly proves the vastness of his goals for Star 5.0. In the film’s opening seconds, as the logo for distributor Warner Bros. and those of the production companies flash on the screen, we hear an arena crowd screaming—sound that reaches a deafening roar as we are introduced to Cooper’s Jackson Maine, a roots rocker who washes down some pills with booze before tearing into the country-fried scorcher “Black Eyes.”

As he does throughout the film, Cooper sings the number, which he cowrote, live; the guitar-wailing is also his own, not the product of an ax-dubber. Marveling at this scene, losing myself in its engulfing spectacle, I felt “little jabs of pleasure”—that memorable expression delivered in Star ’54 by James Mason’s Norman Maine to Garland’s Vicki Lester, describing the elation of watching her sing. Those spiky thrills aren’t limited to Cooper. Playing the mononymed Ally, the powerhouse-piped, big-hearted aspirant whose gifts Jackson nurtures and whose success eventually surpasses his, Lady Gaga embraces her role in a vise grip—her dedication to Cooper’s vision unwavering, her determination to prove herself in a new medium touching. (Like her costar, the duchess of dance pop also sings live in the film and cowrote and coproduced several tracks.) 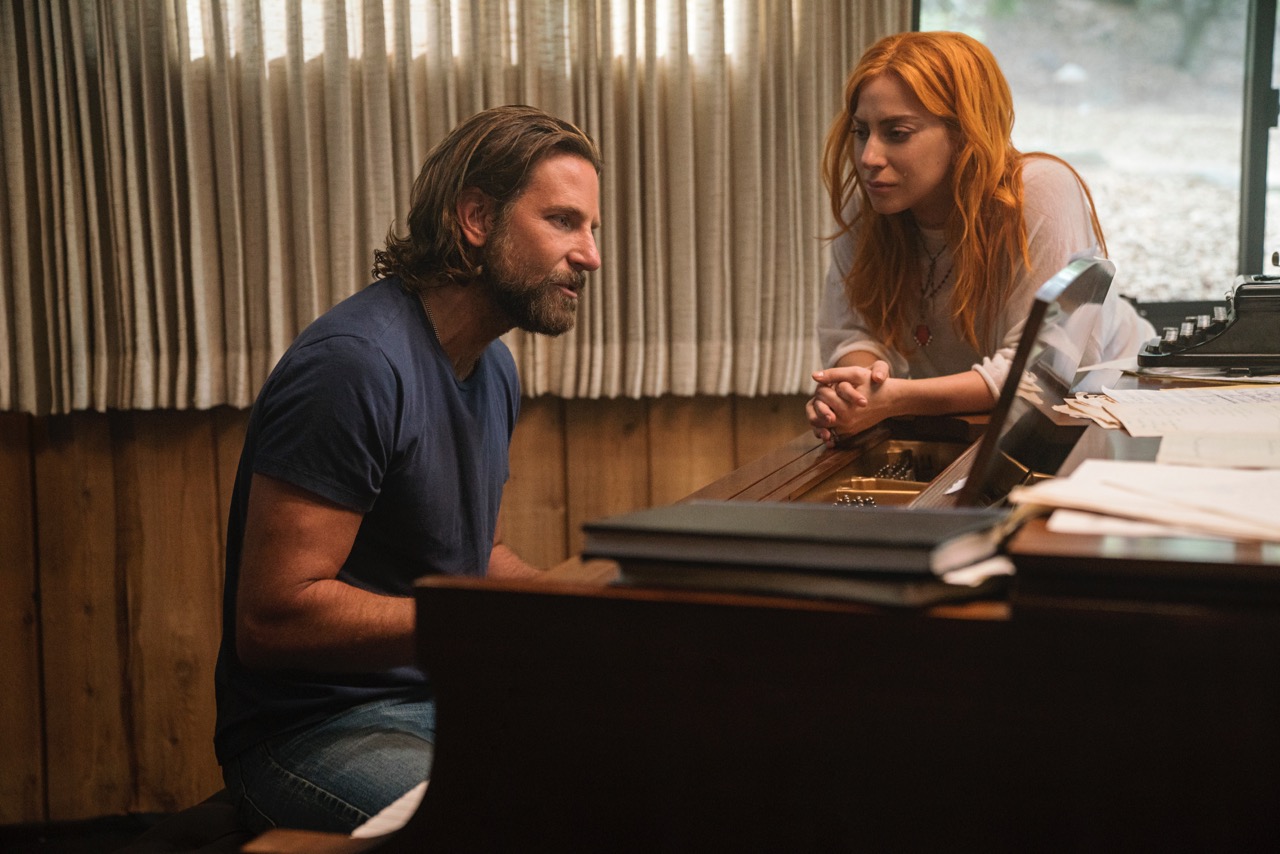 And yet soon those little jabs of pleasure give way to something less tingly, safer: nods of admiration. Torquing Susan Sontag’s definition of camp as “seriousness that fails,” I think of Cooper’s movie as seriousness that succeeds, but perhaps too well or too cleanly. A showcase for Cooper and Lady Gaga to demonstrate their proficiency in untested fields, the film becomes manicured and risk averse. What’s missing is a sense of the brutality of performing, singing especially—its demands on both the performer and the audience—that Sam Wasson, in his biography Fosse (2013), elucidates so indelibly when describing a young, pre-Cabaret Liza Minnelli: “Liza had a big voice, one that conveyed the punishing truth about making entertainment: It was mean. It was messy. It was a C-section and she was both mother and baby.” A star is born, cut out of the womb: blood is on the floor and flesh must be stitched back together.

The analogy—gruesome and unimpeachable—also applies to the star who birthed Liza: Judy Garland, particularly in Cukor’s Star, a film that can leave a viewer reeling not only from the actress-singer-dancer’s titanic talent but her equally enormous vulnerability and tremulousness. Lady Gaga, in contrast, shows grit yet never exposes herself too much. As Ally—who sports a Yes T-shirt and shuns makeup in several of her initial scenes—develops her own musical style, branching off from Jackson’s unalloyed turbo blues, she begins to dress and sound more and more like . . . Lady Gaga: neo-glam maquillage and costumes, tinny synth–R & B anthems. 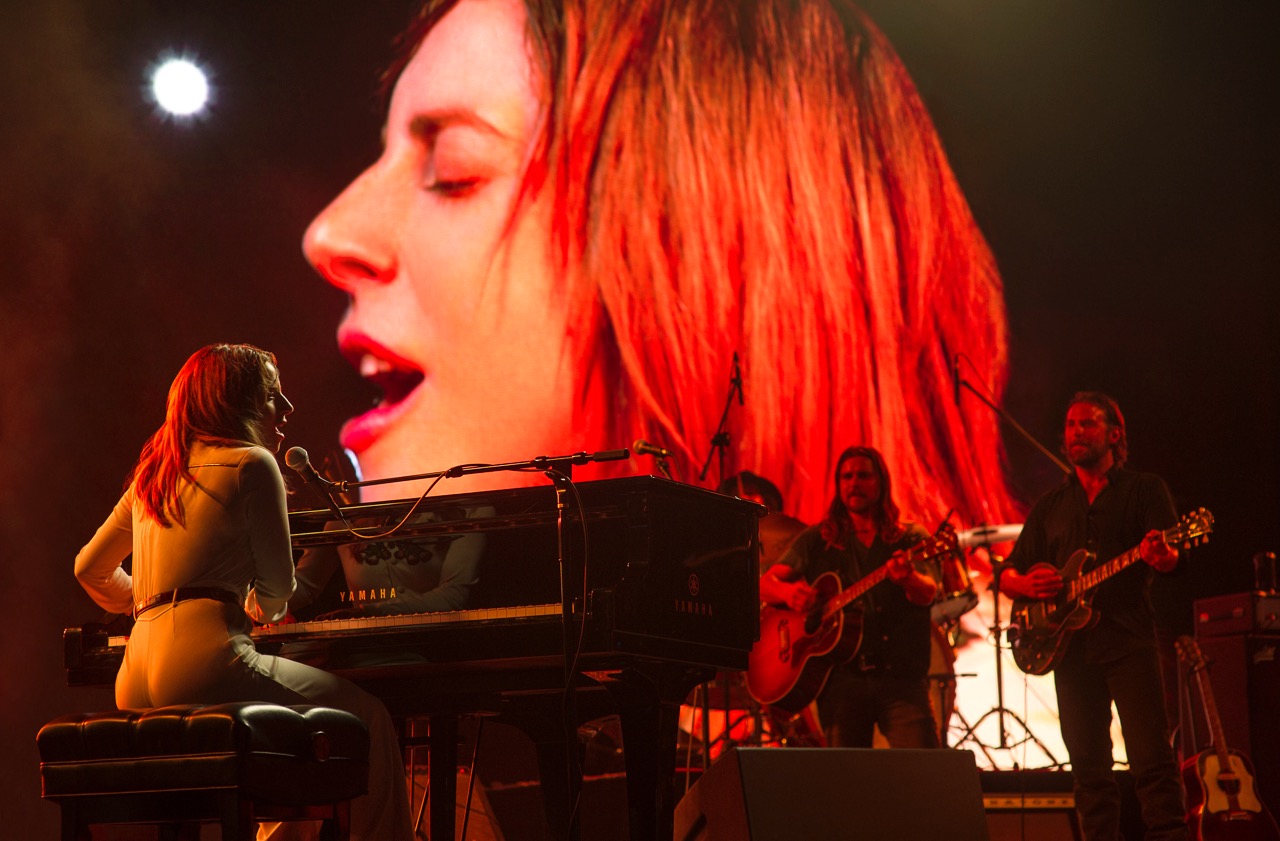 Cooper follows a different tack, sounding nothing like himself. He trained for months to lower his voice an octave, a raspy rumble thickened with a southwestern drawl (Jackson hails from Arizona). He sounds, in other words, just like Sam Elliott. That impressively mustached screen vet, a frequent portrayer of cowboys and other exemplars of laconic masculinity, here plays Bobby, Jackson’s much older brother and fed-up manager. The aping is acknowledged; the siblings nearly come to blows over the fact that Jackson “took” Bobby’s voice. But it’s an odd gambit. Cooper reveals his prowess at reconstructing his voice, seeming to dare us to check the basso timbre against the original model—and to heartily, quickly concur that the pupil should be awarded an A+.

A bigger problem is what those voices are saying. Advising and quickly falling in love with Ally, Jackson utters hokey homilies that we are meant to receive as profoundest insight: “Talent comes from everywhere, but having something to say and a way to say it so that people listen to it, that’s a whole other bag.” Ally, during a visit with Jackson in rehab—his destination after he humiliates her with his drunken bumbling at the Grammys, where she has just been crowned Best New Artist—grants him a hollow, anodyne dispensation: “It’s okay. It’s not your fault. It’s a disease.” Or is the fault in our stars?