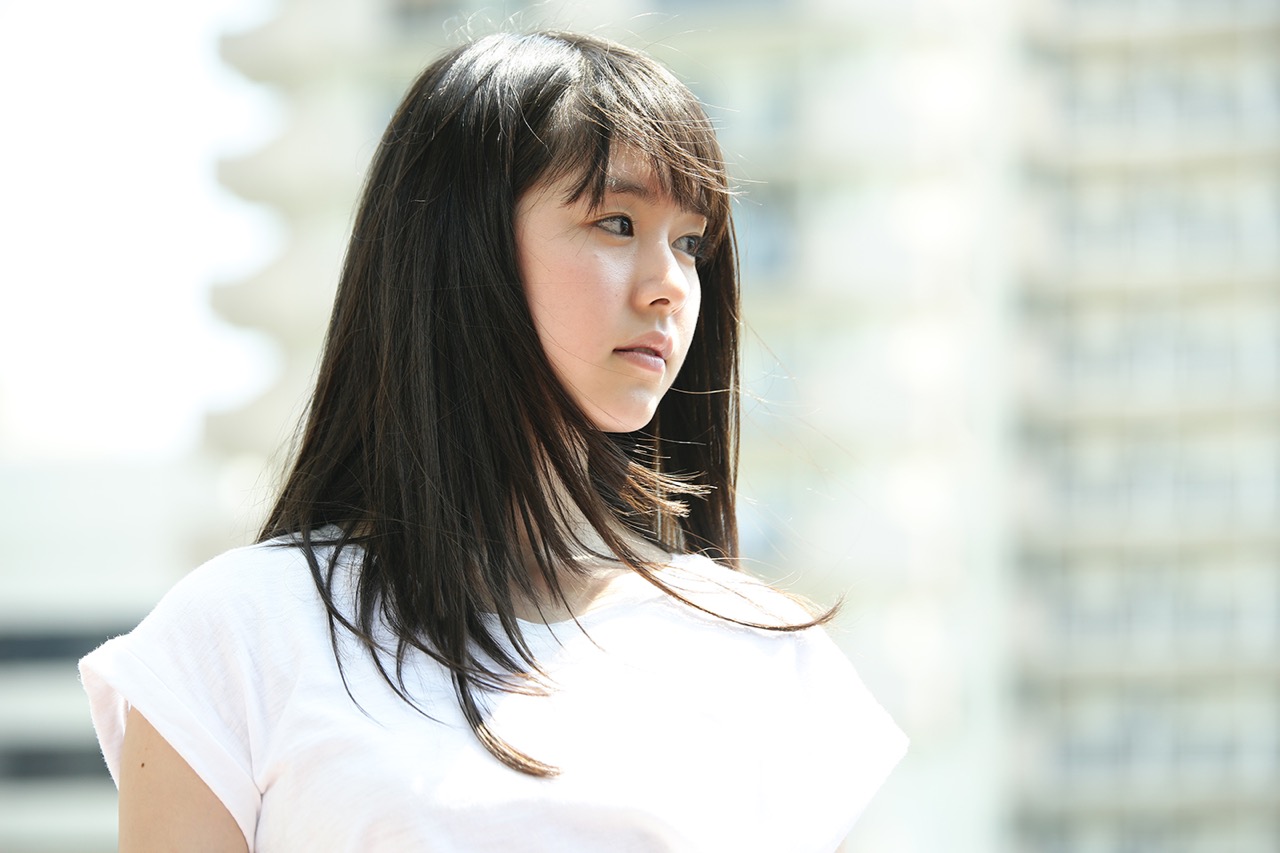 Four years ago, BAMcinématek mounted an ingenious retrospective called “The Vertigo Effect,” a series that traced the influence of Alfred Hitchcock’s haunting, hypnotic, San Francisco–set 1958 film on roughly two dozen movies made in multiple genres and from many different nations and decades. Vertigo, about a man consumed by the need to re-create the image of a now-dead woman he once loved, explores heady themes—particularly doubling and the deranging powers of desire—that have been reimagined by filmmakers in thrall to Hitchcock’s crowning masterwork.

Asako I & II, by the Japanese director Ryûsuke Hamaguchi, is the latest entry in this obeisant canon, but one with crucial distinctions. Unlike Hitchcock’s film and many of those that have followed its blueprint, the lover in Asako I & II is a woman, the beloved a man—and his doppelgänger. (While most of the movies that salute Vertigo concern heterosexual romance, I must point out that the film’s preeminent descendant is also cinema’s greatest lesbian love story: David Lynch’s Mulholland Drive from 2001.) And whereas Vertigo and several of its variations feature protagonists undone by their romantic obsessions—“Only one film had been capable of portraying impossible memory, insane memory,” as the narrator of Chris Marker’s Sans Soleil (1983) describes Hitchcock’s movie—Asako I & II proceeds in a gentler register. Its heroine eventually comes to her senses, though her resignation may be anything but sensible.

Based on a 2010 novel by Tomoka Shibasaki, Asako I & II, which Hamaguchi coscripted with Sachiko Tanaka, continues some of the motifs found in his previous film, the epic Happy Hour (2015), which centers on a quartet of female friends in their late thirties. Concentrating on the domestic and professional lives of each member of this foursome, the movie plumbs, for nearly five and a half mesmerizing hours, the latent drama in even the most routine moments. (Happy Hour, the only other Hamaguchi film I’ve seen so far, will screen as part of a retrospective of the director’s work running at Metrograph May 10–17 in the lead-up to Asako I & II’s release at the Lower East Side theater.) 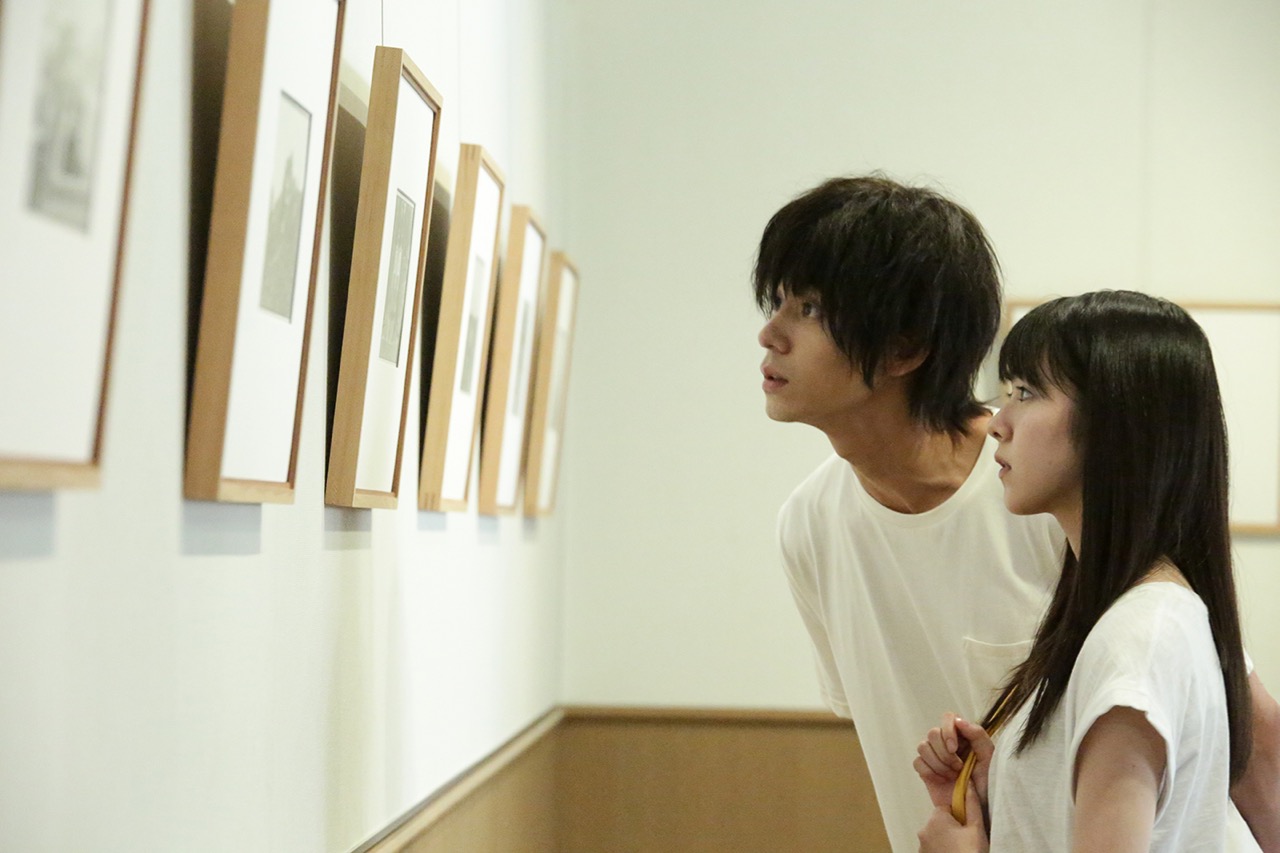 That fascination with the magical powers of the seemingly mundane is signaled from the start of Hamaguchi’s latest. We watch Asako (Erika Karata), a university student, as she enters the National Museum of Art in Osaka to take in an exhibition of photographer Shigeo Gocho’s Self and Others series (1975–77), black-and-white portraits of everyday people—a squawking newborn, a seated couple—that shimmer with subdued awe. Tellingly, Asako stands rapt before a picture of identically dressed twin sisters; behind her, the lanky, shaggy-haired Baku (Masahiro Higashide) halfheartedly glances at the photo during his quick circuit of the show. She notices him as he walks past, and something seems to awaken in her—the moment a low-key, gender-inverted riff on a pivotal scene in Vertigo set at the Legion of Honor. They exit the museum at about the same time. Or is Asako following this stranger, as Scottie pursued Madeleine in Hitchcock’s movie? On a small pedestrian bridge outside the steel-and-glass building they’ve just left, a group of teenage boys set off some dinky firecrackers, their puny crackle the sound of coup de foudre: Asako and Baku exchange longing glances, introduce themselves, and kiss. 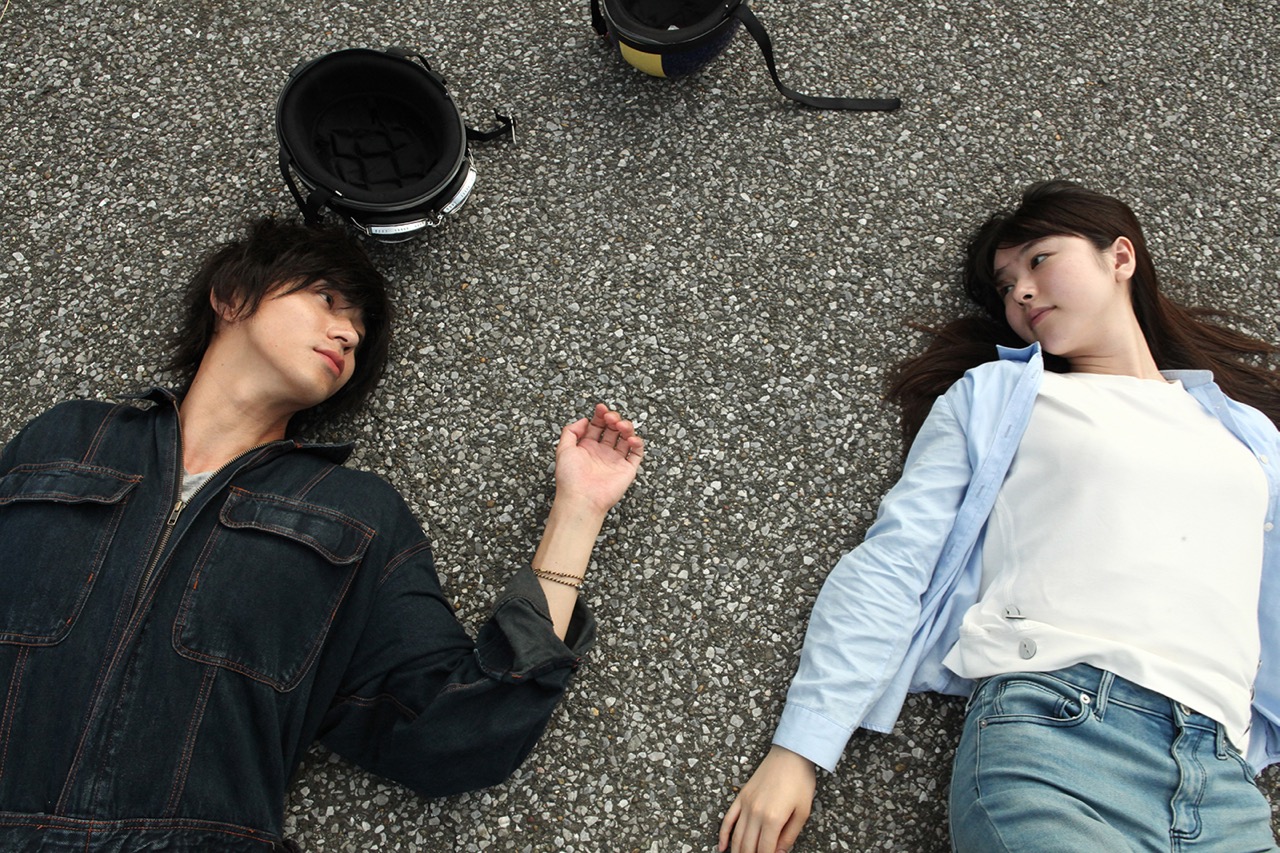 They become a couple, and their infatuation is so strong that it appears to have made them physically indestructible: after a spill on a motorcycle, the lovers’ first instinct is to laugh, then neck in the middle of the road. Not everyone is charmed by Baku; Haruyo (Sairi Itô), a friend of Asako’s, warns her, “Good-looking, sure, but he’s bad news.” And he is, cavalierly indulging his whims and disregarding basic etiquette about reassuring phone calls to his girlfriend: for Baku, who gets by on rakish charisma and the occasional DJ gig, even a quick errand like buying bread can balloon into an overnight odyssey culminating in drinks at the home of an old guy he’s just met. Returning at dawn, he placates frantic Asako with a rogue’s consolation: “I’ll come back even if I’m late, so don’t worry.” 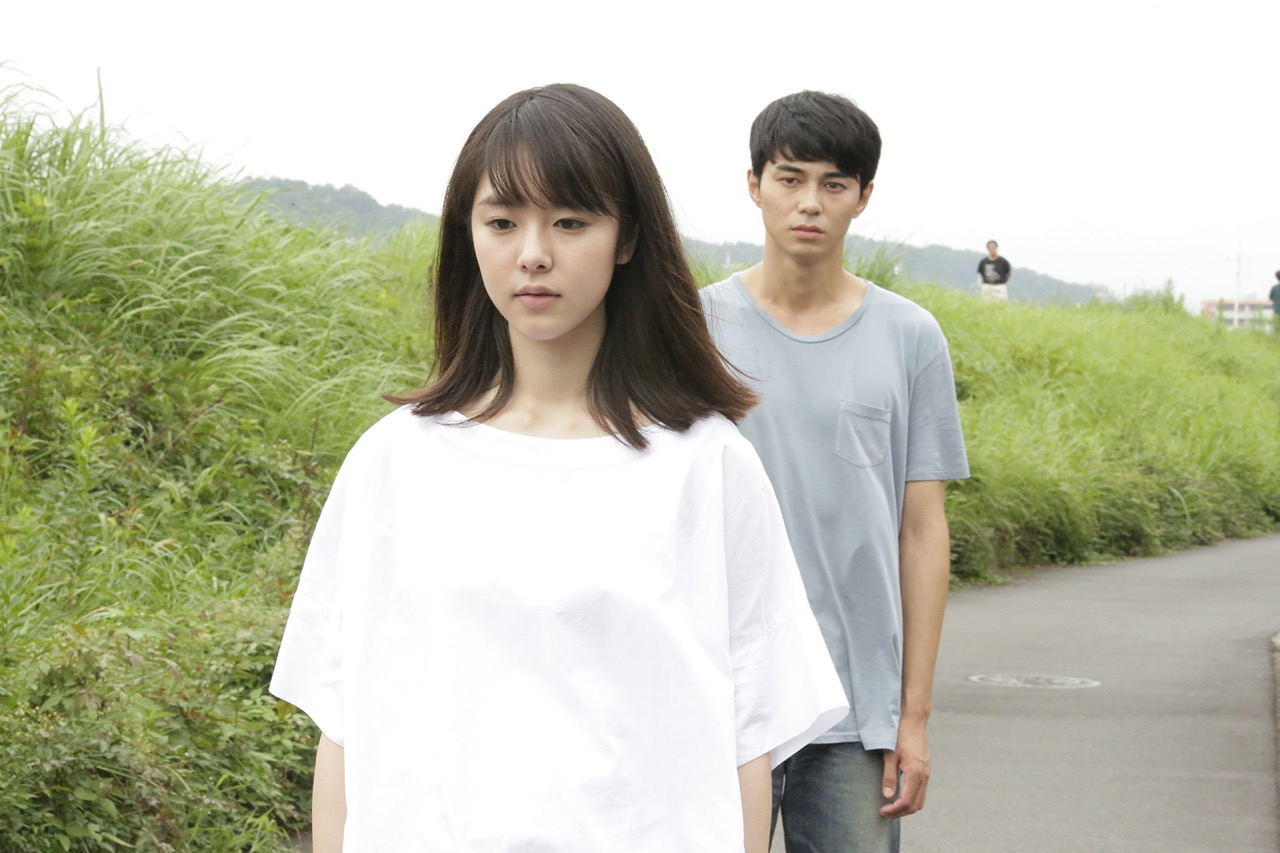 “Late,” as we’ll discover, is an expansive term here, but by the movie’s twenty-minute mark, Baku is gone, disappearing after an excursion to buy shoes, as Asako explains in the film’s sole instance of voice-over. The handsome heartbreaker may have vanished, but the actor who portrays him does not. In one of the film’s many ellipses, as the action relocates from Osaka to Tokyo and jumps ahead two years to 2011 (the date of the Tōhoku earthquake, the devastation of which Hamaguchi intelligently incorporates, never exploiting the disaster), Higashide now plays Ryôhei, a rising young executive for a sake company. Working at a coffee shop (saliently named UniMiracle) near Ryôhei’s office is Asako, who moved to the capital city to distance herself from painful memories. When she first sees the beverage businessman, her freshly healed wounds are reopened. “You’re Baku,” she says to the uncomprehending Ryôhei, who’s never seen this aghast young woman before. As steadfast and clean-cut as his look-alike was capricious and imperiously scruffy, Ryôhei will soon prove to Asako that he’s not the man she feared—or maybe secretly hoped—he was. 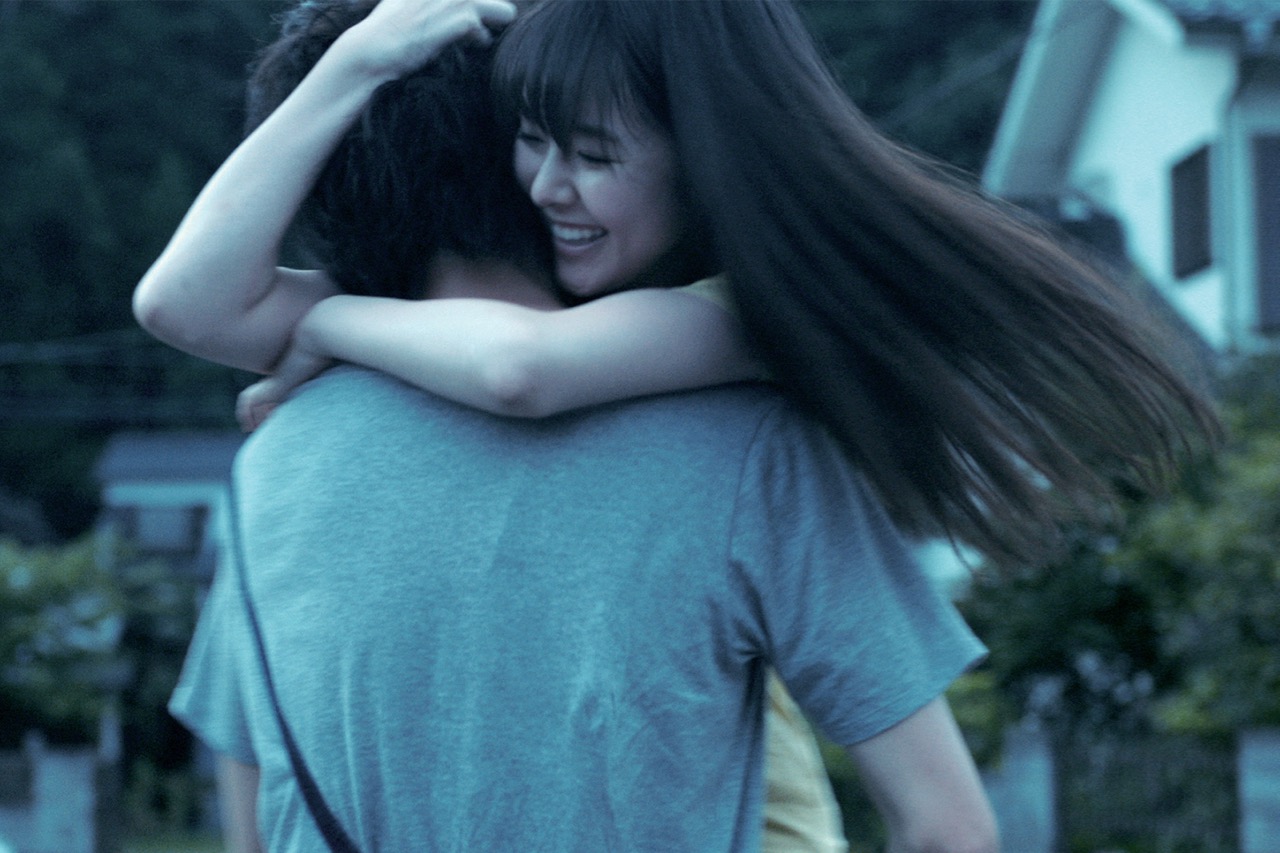 The pleasures of Asako I & II, like those of Happy Hour, lie in witnessing the keen understanding evinced by Hamaguchi and his cast of how genuine emotions in romantic dyads are expressed or, just as often, concealed. This extends not only to Asako and Ryôhei—who go on to experience extreme domestic bliss, though their happiness always seems tenuous, owing to her not-fully-extinguished feelings for the boyfriend who wrecked her—but also to their shacked-up friends Maya (Rio Yamashita) and Kushihashi (Kôji Seto), whose relationship was instigated by an outrageous insult followed by a candid confession. After Asako and Ryôhei’s stable, serene partnership is ruptured, it’s repaired quickly, if uncertainly. At times I longed for Hamaguchi’s often placid film to tip into madness, to capture the “impossible memory, insane memory” found in Mulholland Drive and another recent Vertigo homage, Christian Petzold’s Phoenix (2014). But Asako I & II’s surface calm may be deceiving. The film subtly but no less astutely suggests that the “healthy” components of an adult relationship—resentful compromise, abject apologies, begrudging forgiveness—constitute their own kind of florid psychosis.