Film
Let the Sunshine In 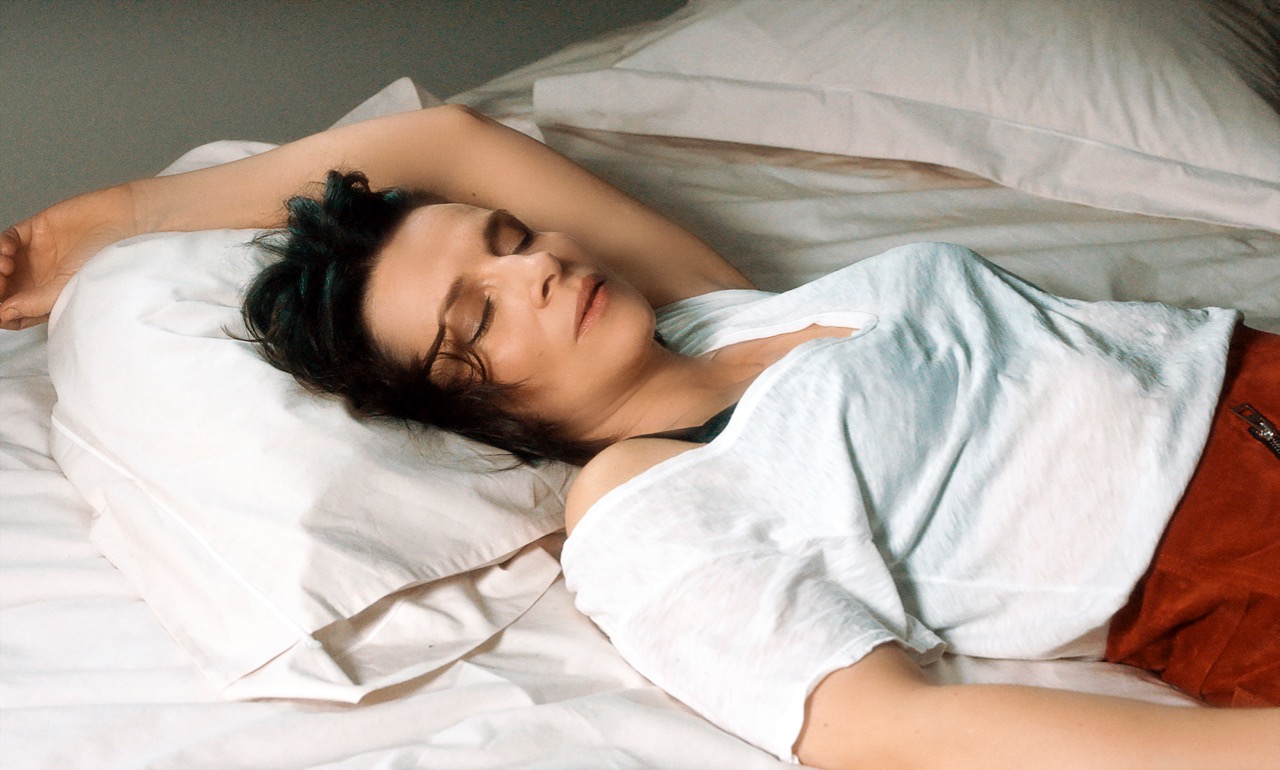 Let the Sunshine In, directed by Claire Denis, opening April 27, 2018

The subject of Let the Sunshine In (more on this unfortunate title later) is one that is baffling and alien to me: heterosexual romance. The film features in nearly every scene an actress I have found to be largely unendurable for the past decade: Juliette Binoche. But it is directed and co-written by one of the nimblest and most sensuous directors of the past thirty years: Claire Denis.

Although her oeuvre to date is wide-ranging, Denis’s most celebrated films are those that probe, usually elliptically, the legacy of French colonial rule in Africa, as seen in Chocolat (1988), her semiautobiographical debut feature; Beau Travail (1999), her superb gloss on Billy Budd; and White Material (2009), a hallucinatory tale of a coffee plantation owner, played by Isabelle Huppert, who is blind to the civil war raging around her. Even Denis’s more outlandish works, like the gore-soaked and desire-drenched Trouble Every Day (2001), her intervention in the vampire film, cohere with their ineradicable mood and texture. Denis is so great a filmmaker that despite my lack of enthusiasm for the key components of her latest movie, I found myself frequently enchanted by Let the Sunshine In. It’s a film intelligently attuned both to the endless possibilities of what can happen when two people are in the same space together—a bed, a bar, a restaurant, a car—and to the ever expanding and contracting gulf between them.

As Denis explains in the press notes, Let the Sunshine In had its origins in a proposed project to make an omnibus film of Roland Barthes’s A Lover’s Discourse (1977). Although that idea was ultimately abandoned, Denis and her co-scripter, Christine Angot, were fixated on one of the words used as a heading in Barthes’s structuralist ode to romantic yearning: agony. (Angot, a writer, is probably best known for her 1999 work of autofiction, L’Inceste, a succès de scandale that was translated into English last year.) As Barthes elucidates in this section of his treatise, “The lover’s anxiety . . . is the fear of a mourning which has already occurred, at the very origin of love, from the moment when I was first ‘ravished.’ Someone would have to be able to tell me: ‘Don’t be anxious any more—you’ve already lost him/her.’” 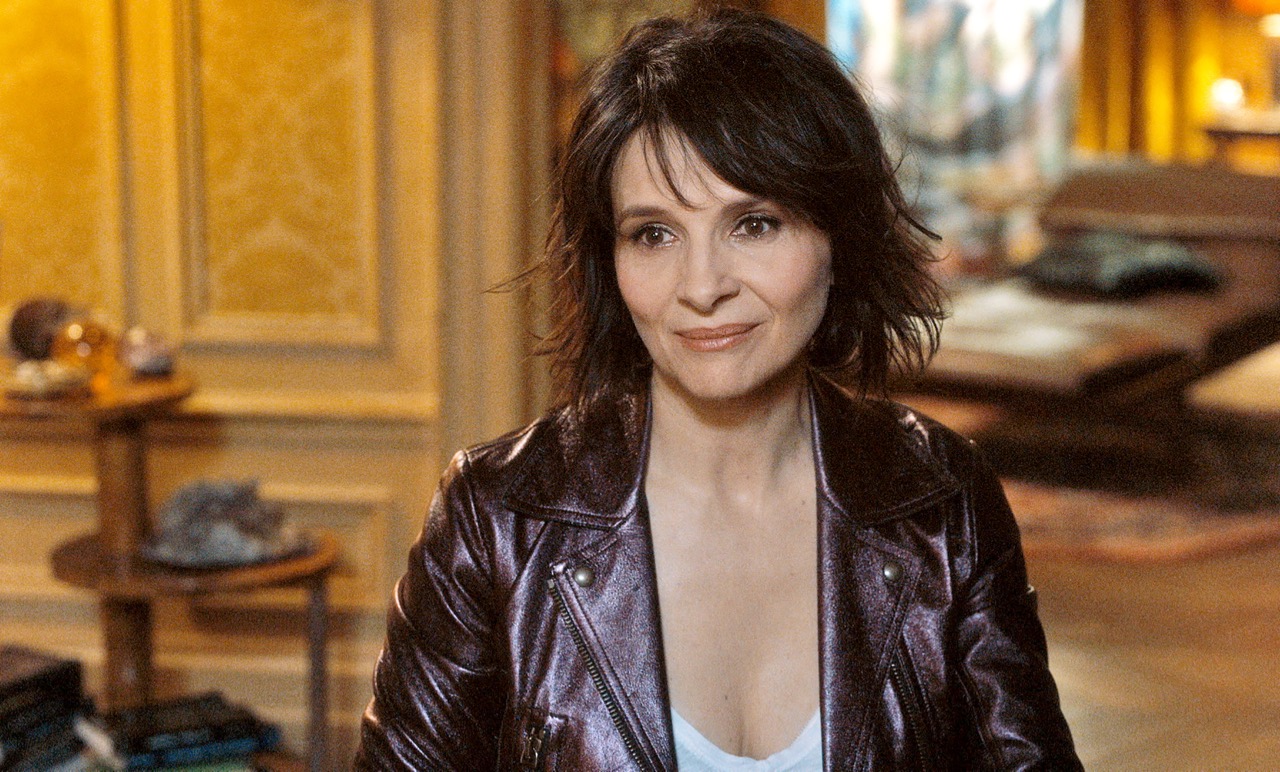 Agony, anxiety, and other forms of anguish: these are big, unruly emotions that, when performed, demand control and calibration so that the spectator is not left gasping for air, asphyxiated by the thespian’s too-muchness. They are mental states that are especially difficult for stars with maximalist acting styles, like Binoche, to modulate. (Her performance as one half of a long-married couple that may or may not be real in Abbas Kiarostami’s Certified Copy, from 2010, epitomizes her propensity for histrionics.) And she doesn’t always rein in her outsize or superfluous affectations—the unprovoked paroxysm of fury, the abrupt shift to the lachrymose—in Denis’s Paris-set film, in which Binoche plays Isabelle, a divorced artist (with a ten-year-old daughter, fleetingly glimpsed) navigating a succession of frustrating romantic relationships.

But the structure of Let the Sunshine In—a series of fragments, like Barthes’s inquisition—calls for Isabelle to engage in multiple tête-à-têtes; with her deft scene partners, Binoche’s more flamboyant instincts are tempered, or at least tethered. Though Let the Sunshine In may be a star vehicle, Denis, in her first collaboration with Binoche, seems to have instructed her lead to think of the film as an ensemble piece, even if that group often consists of its smallest unit, the dyad. The actress exhibits generosity toward her castmates, a willingness to cede and recede, even in instances when her character must handle the most noxious of swains.

That’s especially the case with Vincent, a married banker played by Xavier Beauvois with porcine perfection. He’s a boorish bedmate, insulting Isabelle after spending several minutes huffing and thrusting on top of her. His affront earns him a slap, nicely depicted in a quick cut. A day or two later, they’re the only two customers at a luxe bar, where Vincent, true to the worst of his profession and class bracket, snaps outrageous demands at the stunned mixologist. (The financier is particularly finicky about water temperature and gluten-free olives; the attention given to his overelaborate requests typifies the film’s piquant humor.) Isabelle and Vincent’s conversation—a mix of gossip, come-ons, flattery, wounding remarks, rebuffs, and rebukes—unfolds as a fluid long-take shot by Denis’s frequent cinematographer, the redoubtable Agnès Godard. The camera floats and drifts between these two carnal combatants, seeming to bob along on the sluice of words, whether cruel, kind, or neither, that pour forth. 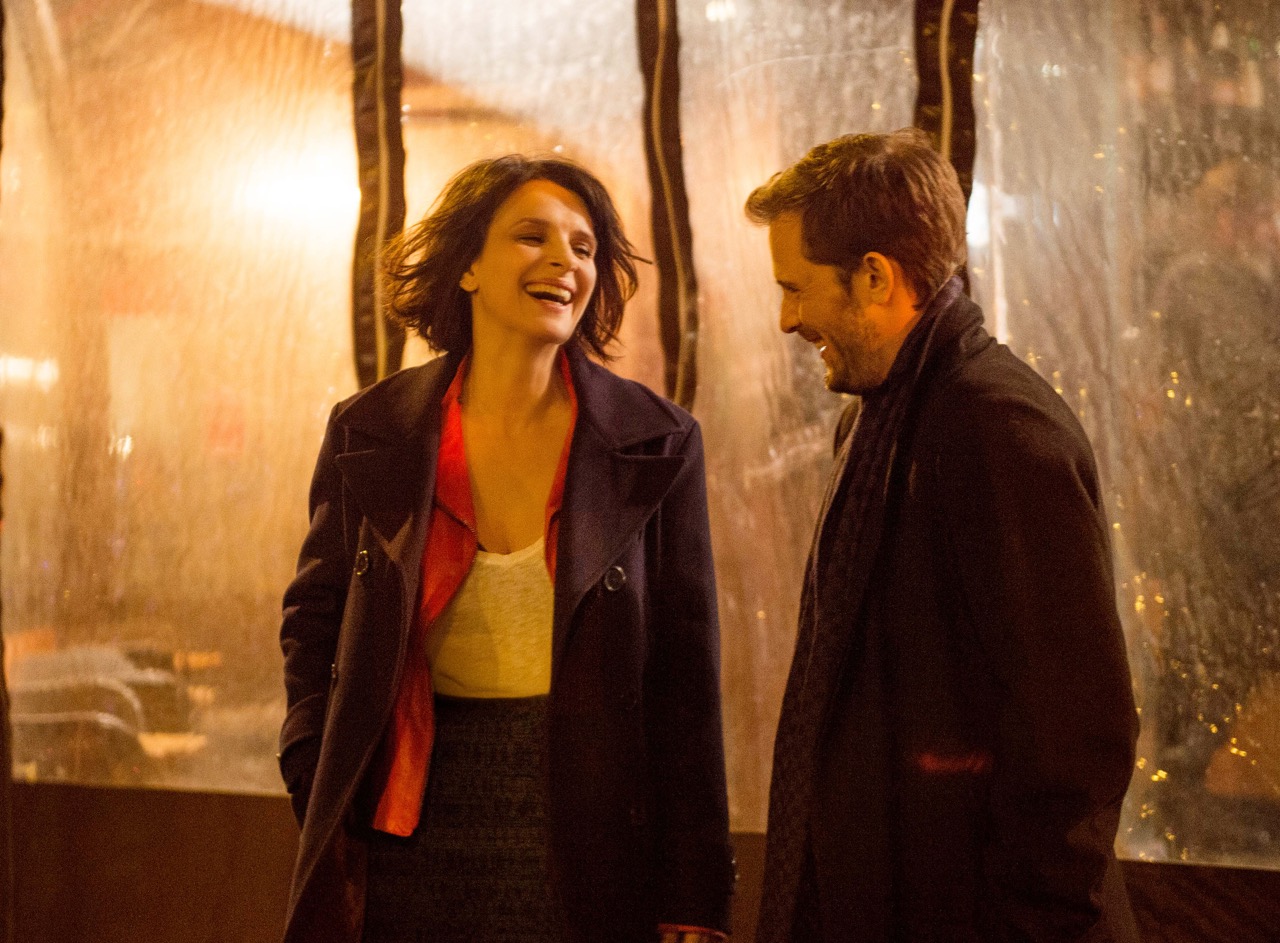 Juliette Binoche as Isabelle and Nicolas Duvauchelle as the Actor in Let the Sunshine In. Image courtesy Sundance Selects.

And those words, even when uttered in familiar scenarios—the lover’s quarrel, the post-hookup debriefing—are never predictable. The film is loamy with enthralling talk, some of it candid (“What do you do when you’re not in love?” a gallerist smitten with Isabelle asks her), some of it circuitous. Equivocations and impasses abound, notably when the focus is on Isabelle and another wedded inamorato, an actor who remains nameless (he’s played by Nicolas Duvauchelle).

Let the Sunshine In is Denis’s most voluble movie and, despite the emotional turmoil its heroine endures, among her gentlest. (It follows the filmmaker’s darkest, most scalding work so far, 2013’s Bastards, a sinister melding of Faulkner’s Sanctuary and the Sadean sexual appetites of Dominique Strauss-Kahn and other high-ranking French officials.) Moments of elation pierce the desolation, never more so than when Isabelle, fatigued by the desultory chatter of her art-world circle at a nightclub, steps onto the dancefloor alone and is soon joined by an expert partner, their sinuous swaying scored to Etta James. 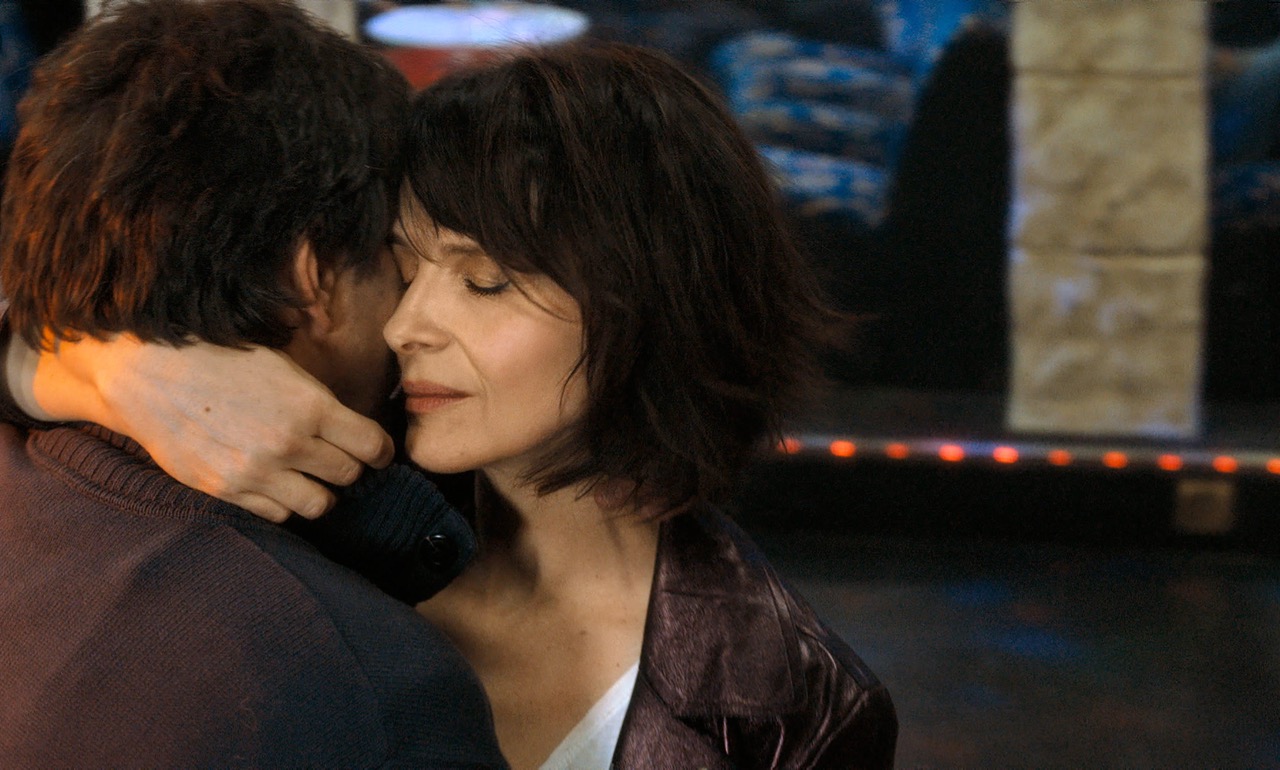 Yet the man with whom Isabelle shares the greatest harmony is the one she never touches. He is the most effortlessly charismatic of all of the magnetic supporting players assembled in the film (however appalling their characters may be): Gérard Depardieu, here as an upscale psychic Isabelle consults, hoping for some reassurance that her dissatisfactions will soon cease. During this knockout fifteen-minute scene, the clairvoyant shares with his client his own credo, the direct object of which supplies the movie’s original title, Un beau soleil intérieur: “I try to find a beautiful sun within.” It’s a shame that a film so profuse with exquisite language should be renamed, for stateside release, with a dippy Aquarian Age anthem (and an annoying imperative at that). But not even this misstep can dim the movie’s flashes of radiance.