Nonfiction
The Life and Times of Malcolm McLaren

Paul Gorman offers a biography of the pop-culture force. 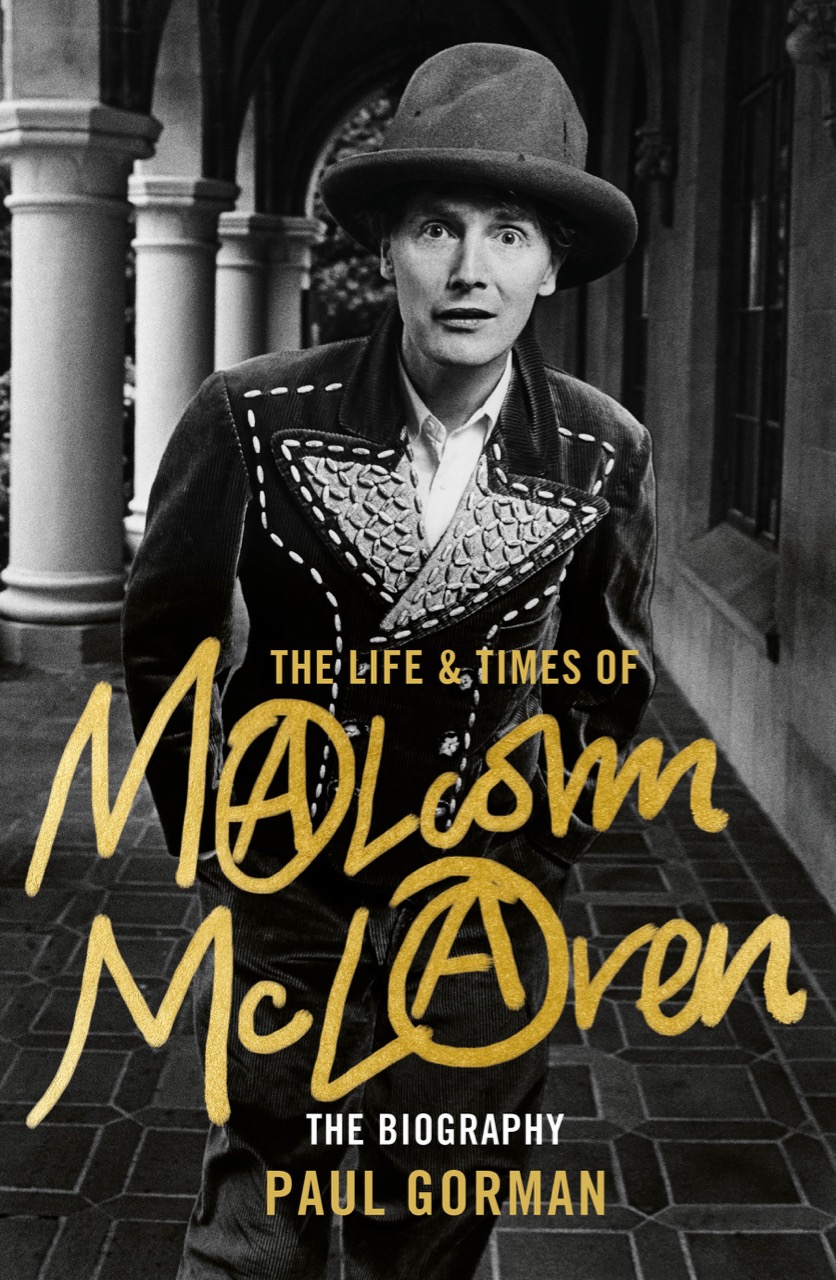 The Life and Times of Malcolm McLaren: The Biography,
by Paul Gorman, Constable, 855 pages, $31.99

Malcolm McLaren’s name will always be synonymous with the Sex Pistols, the band he infamously managed during their dramatic rise and fall in the late 1970s. But McLaren—who died ten years ago, at the age of sixty-four—accomplished far more than punk. He understood that popular music extended beyond just the music; he helped put forth the marketing, fashion, and business sides of the equation. Was he a prescient genius and one of the prime movers of twentieth-century pop culture, or a consummate huckster and con artist? A biography by the British journalist Paul Gorman—author of numerous tomes on fashion and culture, including a history of the late style manual The Face—is over eight hundred pages long, tracing the arc of McLaren’s life obsessively and chronologically.

Much like McLaren, the book is elaborate, fascinating, and occasionally problematic. Gorman assembles a huge amount of research, but he did not speak with the most prominent living figures associated with McLaren’s life and career, including the designer Vivienne Westwood, one of his most legendary collaborators and partners, and her and McLaren’s son, Joe Corré. Gorman argues that their stories have been amply told elsewhere. Instead, he fills in these gaps by interviewing lesser-known characters, like McLaren’s art school friend and associate Fred Vermorel and McLaren’s erstwhile art teacher Keith Albarn (father of the musician Damon Albarn). It of course helps that McLaren’s work was enormously well documented, and that a tremendous amount of archival material is available. Punk has inspired reams of writing, numerous documentaries, and voluminous interviews and museum retrospectives.

But McLaren’s most interesting work was far outside of punk. His records in the early 1980s with the hip-hop crew the World’s Famous Supreme Team and, most famously, his own 1983 album Duck Rock, which spurred the hit “Buffalo Gals,” sound totally fresh today. McLaren shouts rather than raps, and the beats are as ungainly as they are catchy, yet it somehow all hangs together. The record is equal parts hilariously awkward and aggressively funky, and to this day, nothing sounds quite like it. The related tune “D’Ya Like Scratching?” is also a stone-cold classic, along with his weird mid-’80s electronic take on the opera Madame Butterfly and the 1989 proto-voguing album Waltz Darling. McLaren’s early embrace of sampling, turntablism, and world music, and his alliance with the inventive mega-producer Trevor Horn, combined with album-art contributions from Keith Haring, still feels exciting and vital; in contrast, the Pistols feel played out.

Gorman begins the book with a history of McLaren’s birth and early life, in extensive, almost crushing detail. His middle-class upbringing in London, his parents’ early separation, and his close ties to his grandmother amount to over a hundred pages of thorough accounting. “I grew up in a household that had no real structure, no sense of family unity and no sense of order,” McLaren is quoted as saying. A deep dive into the Pistols—including the very well-trodden story of Sid Vicious’s untimely demise—amounts to nearly two hundred pages. The documentation is comprehensive, but it also needs more analysis—not what motivated McLaren or the people he worked with, or the actions they took at the time, but the repercussions and impact on the broader culture. The biography gets so deep in the weeds of minute detail that it sometimes loses the larger picture. And with no new interview from Westwood, her voice often feels cut from the mix—in the book, she sometimes comes across as an accessory, or someone who implements McLaren’s urgent fashion concepts, rather than a towering figure and cultural force of her own. McLaren and Westwood had a tumultuous relationship, to say the least; the 2018 documentary Westwood: Punk, Icon, Activist showcased an alternate perspective, portraying McLaren as one of many chapters in Westwood’s long and distinguished career and assessing his shortcomings as a partner and father.

Gorman compares McLaren to Andy Warhol, but the parallel seems unsure. “Ten years after his death,” Gorman first writes, “McLaren remains a spiky figure in the cultural landscape, unassimilated into the mainstream unlike such comparable luminaries as Andy Warhol, who similarly operated at the cross-hatches of art, celebrity, design, music, media and visual identity.” On the next page, he appears to refute this statement. McLaren, he writes, didn’t operate on the fringes; he was consumed with infiltrating the mainstream. “McLaren was an enthusiastic internationalist intent on fast-tracking vanguard ideas to the heart of the world’s mass media and entertainment industries, engaging along the way with major record companies, film studios, national broadcasters, the fashion trade and global ad agencies, and popping into the public glare, whether at an Art Basel preview, a Beijing recording studio, on the front row of a Paris haute couture extravaganza or in a high-ratings British reality show.”

McLaren’s mind was manic and restless. He was always thinking about what was next, but he also approached each project with laser-like focus. So many of the innovations to his credit were brief stints, with McLaren the tinder that helped get the fire started. The subversive fashion shop on London’s King’s Road that he launched with Westwood in 1971 as Let It Rock changed names over the years, but the physical space was relatively short lived, in the grand scheme of things. He informally managed the New York Dolls before the Pistols, and Adam Ant and Bow Wow Wow afterward, but none of it worked for very long. The Pistols themselves only lasted for one true album. In the 1980s, McLaren’s own music was completely different from album to album and even from song to song. His long, rangy list of collaborators could only be described as baffling, and in later years it included celebrities such as Catherine Deneuve and Steven Spielberg.

Was McLaren a magpie, a dilettante? Perhaps his greatest asset to culture at large was that he was so easily bored. By the end of Gorman’s long and intense book, one is left thinking that McLaren was a jerk, a genius, a media spin doctor, a businessman, and a great artist. McLaren was all of those things, and a hundred more.