Literature
The Monk of Mokha

From civil war to baristas: in Dave Eggers’s new book, a man tries to save a country through a cup of joe. 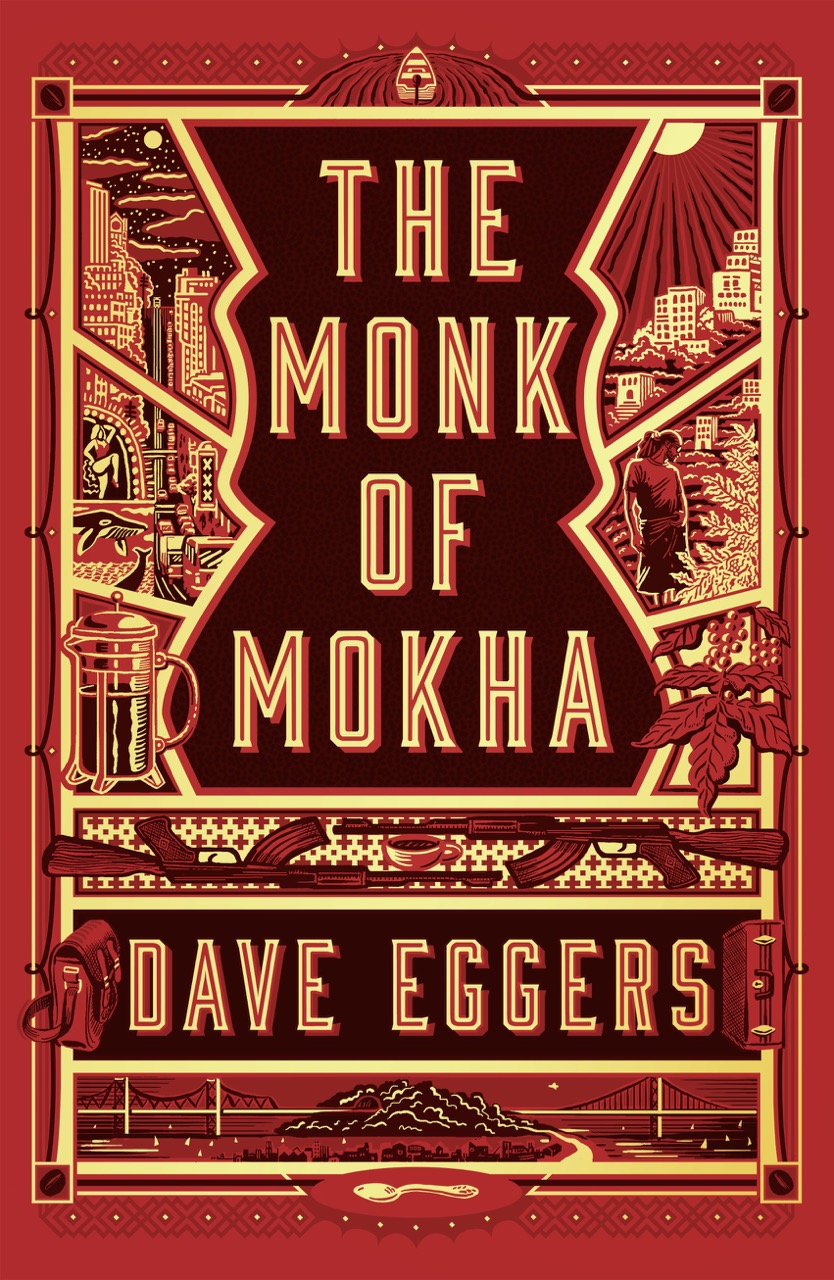 Earnestness is a hard quality on which to build a literary reputation. Grace, fury, candor, irony—these will all do better. Even whimsy is more reputable: especially the higher whimsy, refined from the rich lees of postmodernism, that Dave Eggers et al. perfected at McSweeney’s and its several more or less charming offshoots. But a type of earnestness has long been at or near the core of what Eggers does as a writer, editor, publisher, and philanthropist. Despite its bristling with self-aware meta-matter, his memoir A Heartbreaking Work of Staggering Genius (2000) had a conventional and affecting narrative center, concerning the early and proximate deaths of his parents. And subsequent fiction such as The Circle (2013) has been unabashed in its message-mongering about contemporary culture and politics. Then there is Eggers’s commitment to straight reportage—as in Zeitoun, his 2009 portrait of a Syrian American caught up in the aftermath of Hurricane Katrina. The Monk of Mokha belongs to this last tendency, and tells the seemingly unlikely story of one Mokhtar Alkhanshali and his efforts to import upscale Yemeni coffee to the US.

We first meet Mokhtar in his mid-twenties, relatively down on his luck. His Yemeni family relocated from New York to San Francisco when he was a boy. As an adolescent he thrived for a time, working at a flagship American Apparel store, planning and saving for his education. He reads Marx and Chomsky, gets involved in local campaigns for the rights of Muslim Americans. But he suffers an absurd reversal, managing one night to lose a laptop given him by his brother, and $3,000 from a Somali fundraising event. With this money to pay back, law school is out of the question now, and Mokhtar gets a lowly job as “lobby ambassador” at a downtown condo, the Infinity. “Had the residents seen him reading The Wretched of the Earth? Maybe.” Time crawls and horizons shrink, until a chance text from his girlfriend alerts him to a curious fact. Mokhtar learns that coffee—at this point, he’s drunk only a few dozen cups in his life—was first cultivated in Yemen, but the country’s coffee industry has long been in decline. Slowly, Mokhtar nurses an ambition: to find the best coffee in Yemen and bring it to America—in the process reviving, through direct trade, the fortunes of upland farmers kept in penury by the global commodities market.

If this seems a niche premise on which to hang a three-hundred-page work of narrative nonfiction, be assured that the basic story is never less than engaging and instructive. There is a certain amount of brew-snob backstory, with Mokhtar discovering that the secret of coffee was purloined first by the Turks and then by the Dutch, that the Yemeni product had been historically overshadowed by Ethiopian, that the degraded state of the country’s contemporary industry hid the potential of superior beans and growing conditions. The book’s title derives from the legend of a Sufi holy man in the port of Mokha, who first brewed the drink. At the heart of The Monk of Mokha is Mokhtar’s three-year Yemeni adventure: his repeated efforts, in the face of armed rebellions, political collapse, and all-out civil war, to find the right farms and set up the proper infrastructure. He emerges in these pages as part canny international operator—gathering US investors, beguiling his way into top-level coffee-trade symposia—and part super-lucky naïf: on first arriving in Yemen, Mokhtar cannot even tell a coffee plant from an olive tree. He learns fast, and in some ways Eggers’s book is, as the author says in his prologue, about a version of the American dream, achieved against political as well as personal odds.

But it’s also the story of the civil war in Yemen, and how that conflict and others have been used (years before Trump) to justify penalties against Muslim Americans. As Mokhtar gets near to his goal, Eggers keeps us close to the complex, terrifying texture of life in Yemen as things unravel. Mokhtar travels with a small armory of weapons, works hard to persuade tribal leaders and twitchy child soldiers of his bona fides, and then races to quit the country when the Saudi airstrikes begin. There are several anxious standoffs while Mokhtar opens his suitcases at gunpoint to show they’re filled with beans, or tries to bore checkpoint guards into letting him go with tales from the cultural history of coffee. He fares better than other Yemeni Americans stranded while US warships sit offshore—there are grim stories here of individuals summarily stripped of American citizenship and left to fend for themselves. At length, Mokhtar overcomes events and returns to California, and today you may buy his Port of Mokha coffee for $16 a cup.

What sort of writing does all of this thoughtful, well-meant storytelling make for? Certainly, an approach hard to argue with at the level of sentiment or sensitivity. (Likewise ethics: proceeds from the book, one should note, go to the Mokha Foundation, “which directly invests in improving the quality of life in Yemen.”) The Monk of Mokha is based on hundreds of hours of interviews with its protagonist and his associates, plus on-the-ground research by Eggers in Yemen. As a tribute to its subject, it’s exemplary, and one can already imagine the sympathetic Hollywood version, perhaps played a little more for laughs. But as a piece of reportage, with all that implies of skepticism and scope? For all the details of rural roadblocks and AK-47s, the book is pretty light on the actual geopolitics of the Yemen conflict. And Eggers is at times weirdly nonjudgmental, as when he recounts without inflection the moment Mokhtar orders two women to leave a café simply because they’ve mistaken him for a tribesman.

Such deficits would seem odd in a thorough magazine article about Mokhtar, never mind a book this expansive. In fact, The Monk of Mokha feels weirdly longer than it really is, with episodes unfolding without reflection on their deeper historical explanations, without much in the way of vivid imagery, without in the end any sense of the complexity or contradictions of Eggers’s protagonist. Throughout, I kept wondering what the ten-thousand-word, New Yorker-profile version of The Monk of Mokha would be like—wondering, that is, what might have been gained in the way of insight from a brighter, more brittle and condensed form. A stricter brief might have forced Eggers to a more exacting and engaged version of Mokhtar’s undeniably intriguing tale; instead the book reads at times like an extension of the marketing literature for an expensive, if hard won, product.

Brian Dillon’s Essayism will be published by New York Review Books in September 2018. He is UK editor of Cabinet magazine, and teaches writing at the Royal College of Art, London. He is working on a book about sentences.