An artist of quiet but steadfast radicalism receives a
Whitney Museum retrospective. 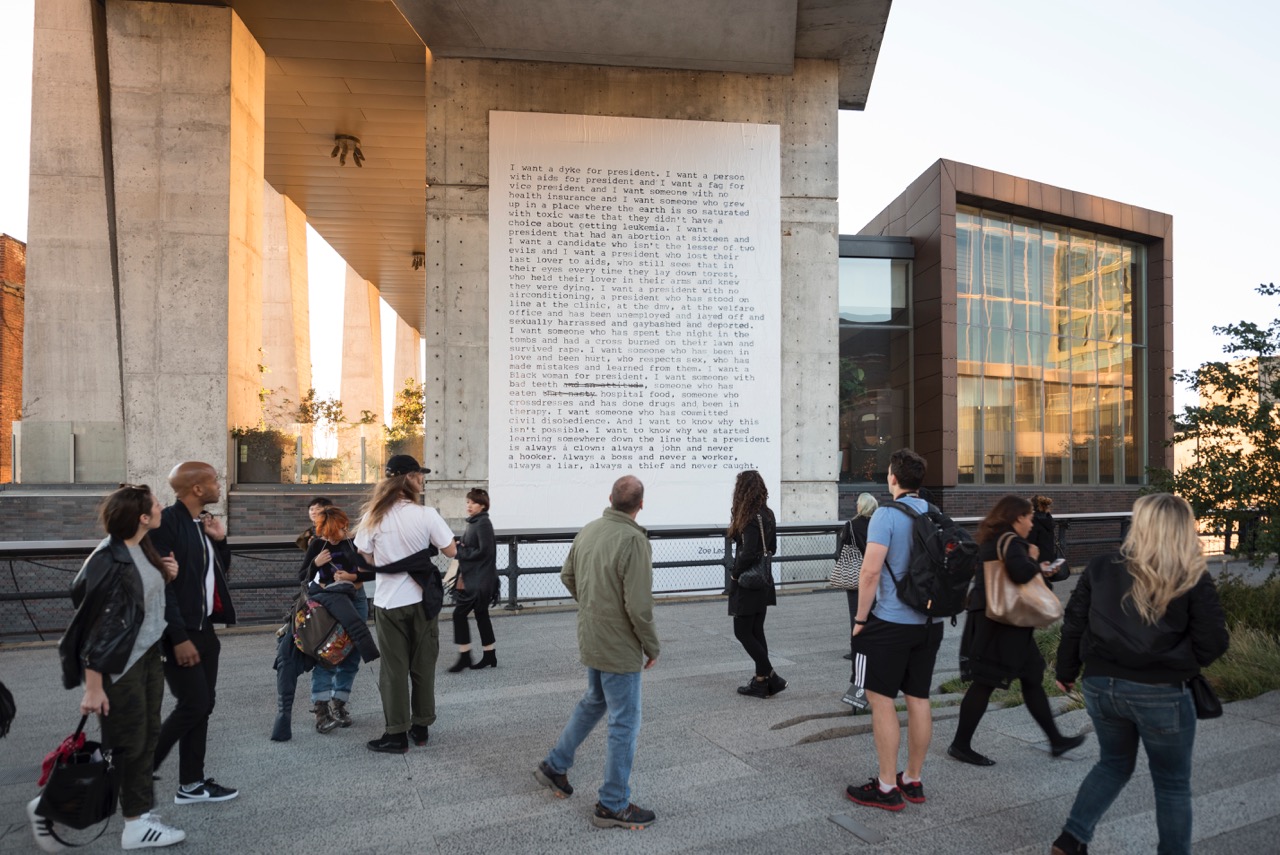 In a sense, the run-up to New York artist Zoe Leonard’s Whitney retrospective began before the 2016 election, in October, when the Friends of the High Line wheat-pasted a giant reproduction of her poem I want a president (1992) on a concrete leg of the Standard Hotel, just a stone’s throw from the museum. “I want a dyke for president,” reads the rectangle of typewritten text, with its serrated right edge, misspellings, and wavy redactions in pen, “a president who lost their last lover to aids . . . a president who has stood on line at the clinic, at the dmv, at the welfare office and has been unemployed and layed off and sexually harrassed and gaybashed and deported,” it continues, with prescient specificity, to describe all people anathema to our current commander in chief.

Like an arrow shot at the sky, the cri de coeur, composed at the desperate height of the AIDS crisis, stayed aloft for twenty-four years of inequality and endless war, circulating in a small part of the art world—first, in 1992, as campaign material for lesbian poet and write-in presidential candidate Eileen Myles; then, in 2006, printed on postcards slipped into the queer-feminist art journal LTTR—to land with a blazing thud, in full view of straight people, rich people, and tourists strolling along the landscaped rail line in the weeks before Trump’s spurious victory. And it stayed there, fading and tattered, in the weeks after. “I want to know why,” the poem concludes, “a president is always a clown: always a john and never a hooker. Always a boss and never a worker, always a liar, always a thief and never caught.”

More than a year later, in late January, an Instagram image of the poem, posted by the popular account @lgbt_history, was taken down for mysteriously violating the platform’s community guidelines. Reposted by legions of users in a viral show of resistance, President, with its urgent gait and bold vision, discovered the true breadth of its audience. Someone familiar with it as a glowing image on an iPhone or as a towering public art project, but not with Leonard’s oeuvre, might be surprised by its anomalous status as a poem in her career-spanning exhibition of mostly photo-based work and sculpture—but I think not disappointed. It’s a tightly edited and spartanly installed show of spectacular moments and pointed understatements, born of the artist’s simmering, steadfast radicalism—as well as her singular processes of observation, excavation, and display.

One of the first works viewers encounter is 1961, a sculpture begun in 2002. Titled for the year Leonard was born, the line of fifty-six blue suitcases extends, perpendicular from the wall, into the gallery. In an ongoing, poetic, autobiography-thwarting feint, each year, the artist adds a piece of scuffed vintage luggage to the irregular jetty—replete with travelers’ initials and baggage-tag scraps. Leonard’s poetic measure of time, of her life, hinges on a powerful effect of impersonal particularity, the evocation of individual strangers and their unknowable stories through a concentration of their physical traces. Such seductive invitations to experience granular detail, unmoored from narrative, mark her earliest work. 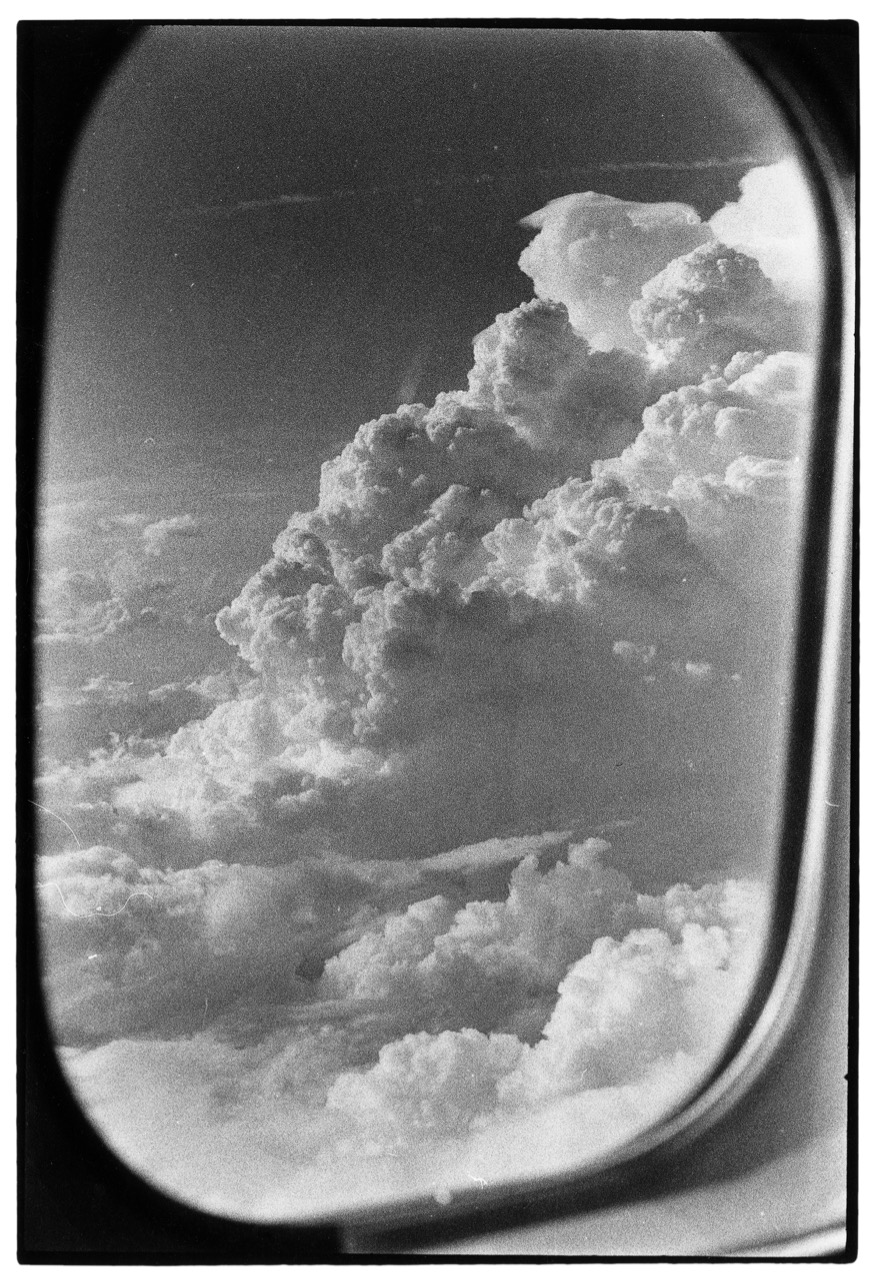 Mounted on a nearby wall, a 1989 series of eight notebook-sized, black-and-white photographs of clouds shot from airplane windows are redolent of longing and anticipation. They’re moving not because we know what was going on in Leonard’s life that year (we don’t), but because her exquisite variations refresh a familiar image—a feat more difficult, I think, than deconstructing its sentimental spell or reducing it to a formal exercise. Gorgeous photos from subsequent decades mounted elsewhere—of trees forming pained hybrids with chain-link fences, lesbian bathroom graffiti, urban storefronts with their gates pulled down—contain more identifying information than the airplane windows, as well as dispassionate or mournful commentary on global-economic and neighborhood changes, but they too lend themselves unapologetically to metaphors of the heart. 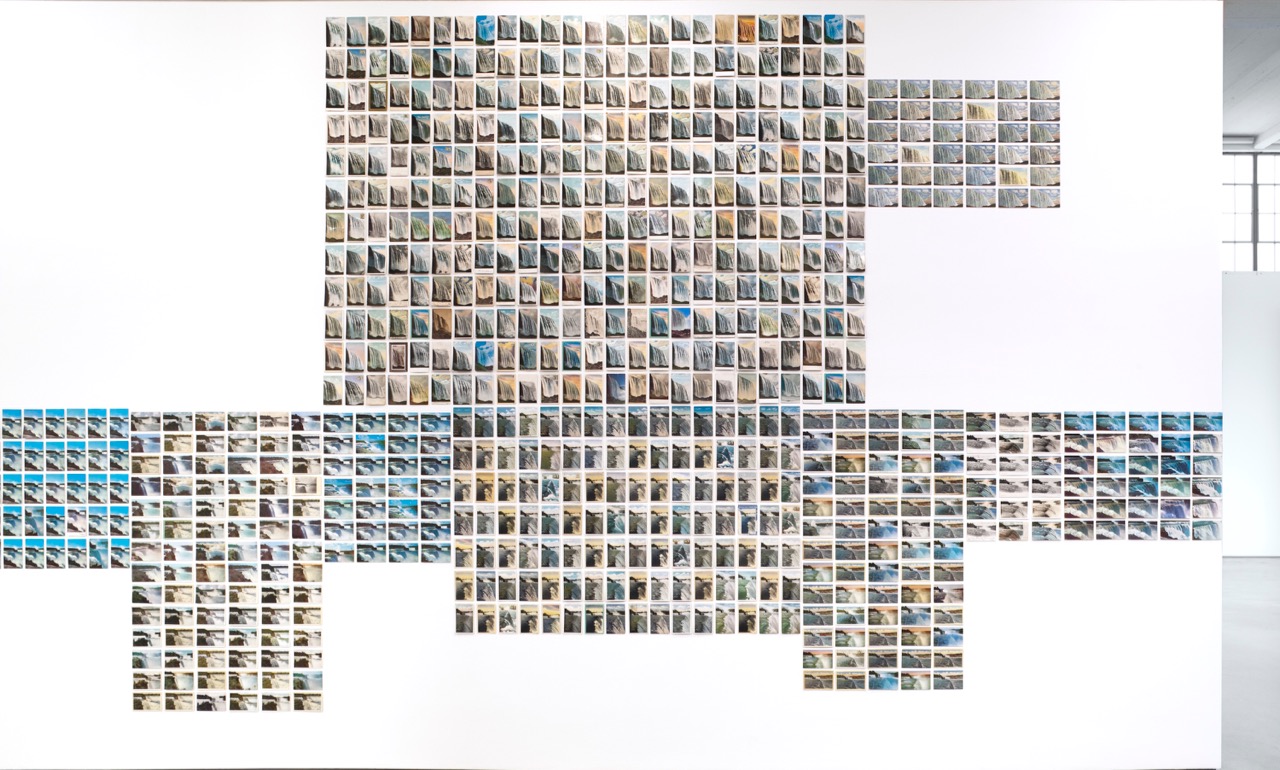 Leonard’s uncanny ability to find the pulse of a cliché, the sublime core of a generic subject, crests in works composed of mass-produced postcards, notably those found in the nearly thirteen-foot high, mosaic-like arrangement You see I am here after all (2008). In it, 3,883 pictures of Niagara Falls—worn, discolored, and emblazoned with faded-script tidings from another era—are grouped by vantage point and affixed to the wall. With this refracted, atomized, but also collective, representation of the natural wonder and once-upon-a-time honeymoon capital, it regains majesty as a cultural construction, a mythic rather than hackneyed site of popular imagination, now in the grand light-flooded space of the museum. 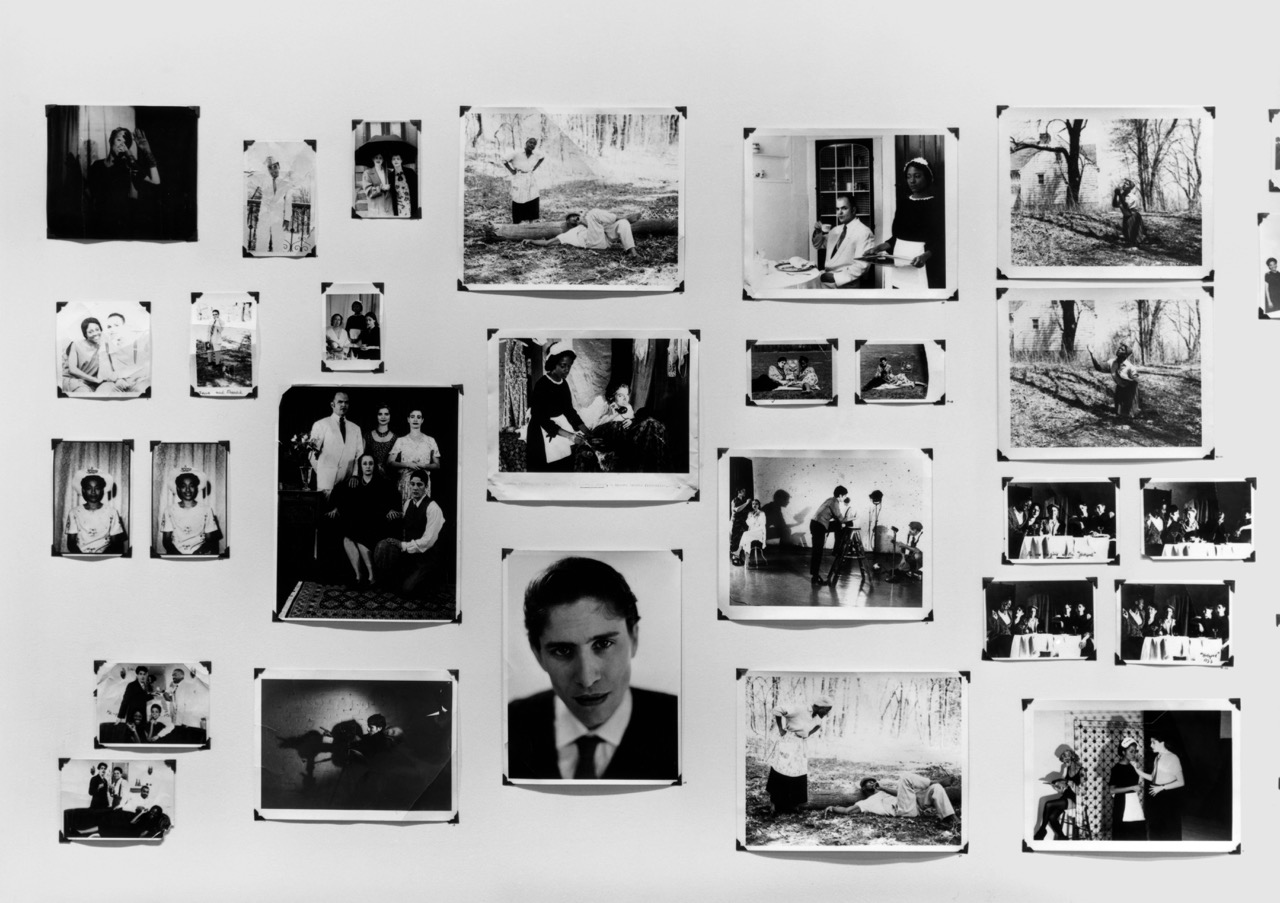 The Fae Richards Photo Archive (1993–96) is an also breathtaking, but very different work; it’s one that you need to study a little. To accompany filmmaker Cheryl Dunye’s construction of a fascinating fictional character—a queer African American actress of Hollywood’s Golden Age—Leonard produced a wide range of deceptively realistic images. The photo-album scale of this work, shown with cut-out captions in a vitrine, disguises it persuasively as archival material. It’s an outlier in Leonard’s oeuvre not only for its novel premise, but because she’s known mostly for her unpeopled photographs. To find her producing faux film stills and mimicking period snapshot and publicity photo styles with virtuosic ease is a treat: Fae Richards feels like a rare and welcome indulgence—in figuration, but also in speculation. Invisible or erased histories are frequently conjured, but not usually portrayed, in Leonard’s art. Her feminist concern with such exclusions is more often taken up in her site-specific works. For this occasion, she’s screen-printed excerpts from the groundbreaking 1971 essay by recently deceased art historian Linda Nochlin “Why Have There Been No Great Women Artists?” on walls of the museum’s administrative offices, the text visible from galleries throughout the building.

By the time the viewers who previously knew only I want a president reach the poem they may have forgotten what brought them, absorbed by the show’s less direct provocations. The original page is presented without fanfare in Gallery 5, mounted simply under glass, the way that much of Leonard’s work is. She underscores her art’s materiality with subtlety, never, for example, producing enormous digital images or fusing them to luxury plaques. Her photographs are made in a darkroom and printed on paper; you’re always aware of it. While such decisions lend her momentous survey an air of quiet economy, and contribute to its prevailing melancholic allure, neither quality is at odds with conceptual heft. Here, exorbitant negative space is the architecture. The breathing room around her small works, or the floors between her tributes to Nochlin, seem to correspond to the confidently loose grip of an artist who can let a thing have a life of its own.