In Andrew Haigh’s feature, a boy and his horse make a Dickensian trek across America. 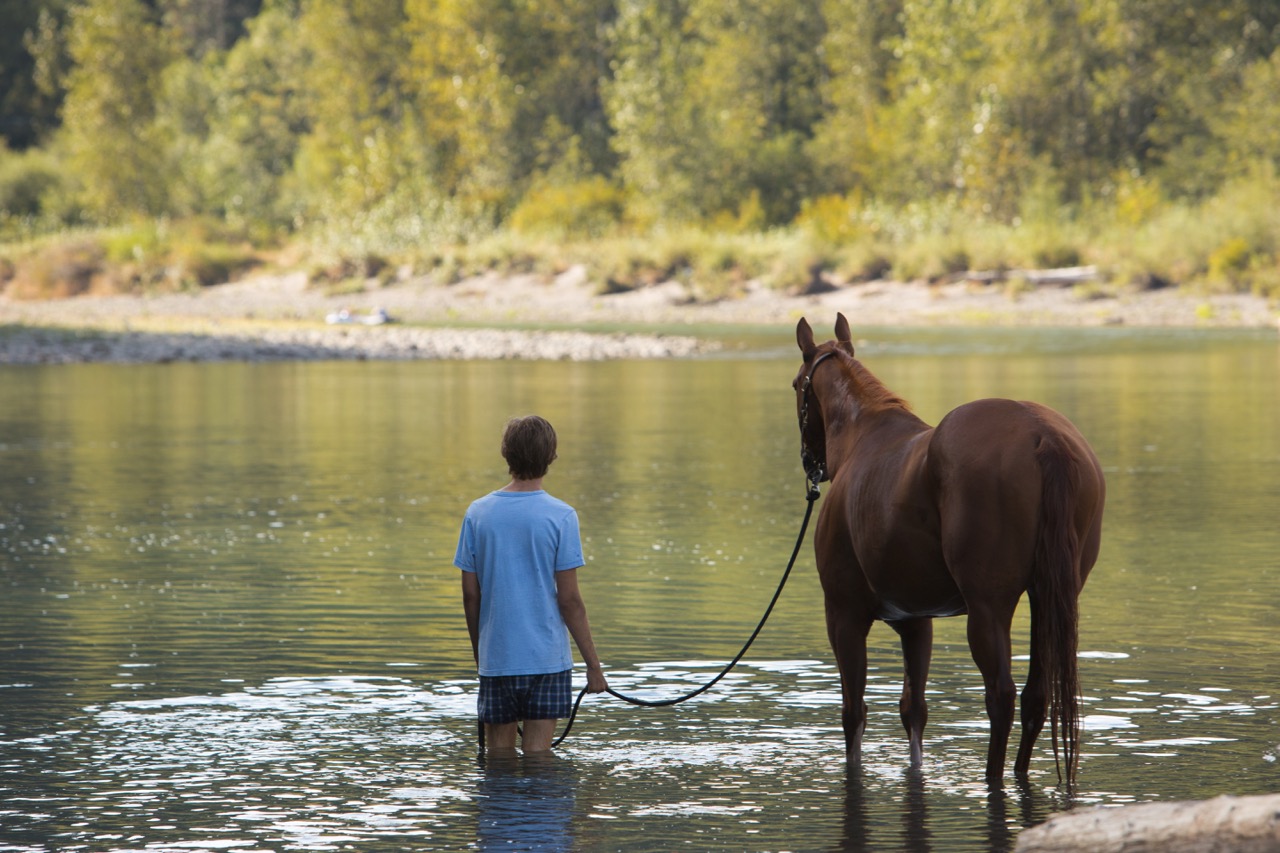 British-born director Andrew Haigh’s Lean on Pete arrives in theaters at a particularly weird moment in the dubious history of American introspection—a moment when the country is daily reminded, by both its mainstream journalists and its politicians, about how divided and ungovernable it is, and a moment when Poor White People have become the subject of a thousand think-pieces and a hundred books. Citizens in one part of the country, it seems (to those of us who’ve read those think-pieces and books), are stockpiling guns and getting groovy with white nationalists, while the coastal elites read The Guardian and draw up inclusion riders. There’s some thin and occasional connective tissue between the multiple factions of the camps—grumbling about how Bernie might have won, had not the DNC and/or the Deep State prevented it. But overall, we’re at the crossroads—or in the crosshairs —of something like the death of the American experiment. Self-fulfilling binaries obtain, unremittingly—and are never to be trusted, which is why fiction in any form can feel so real and relieving during times like these: as a locus for actual introspection. 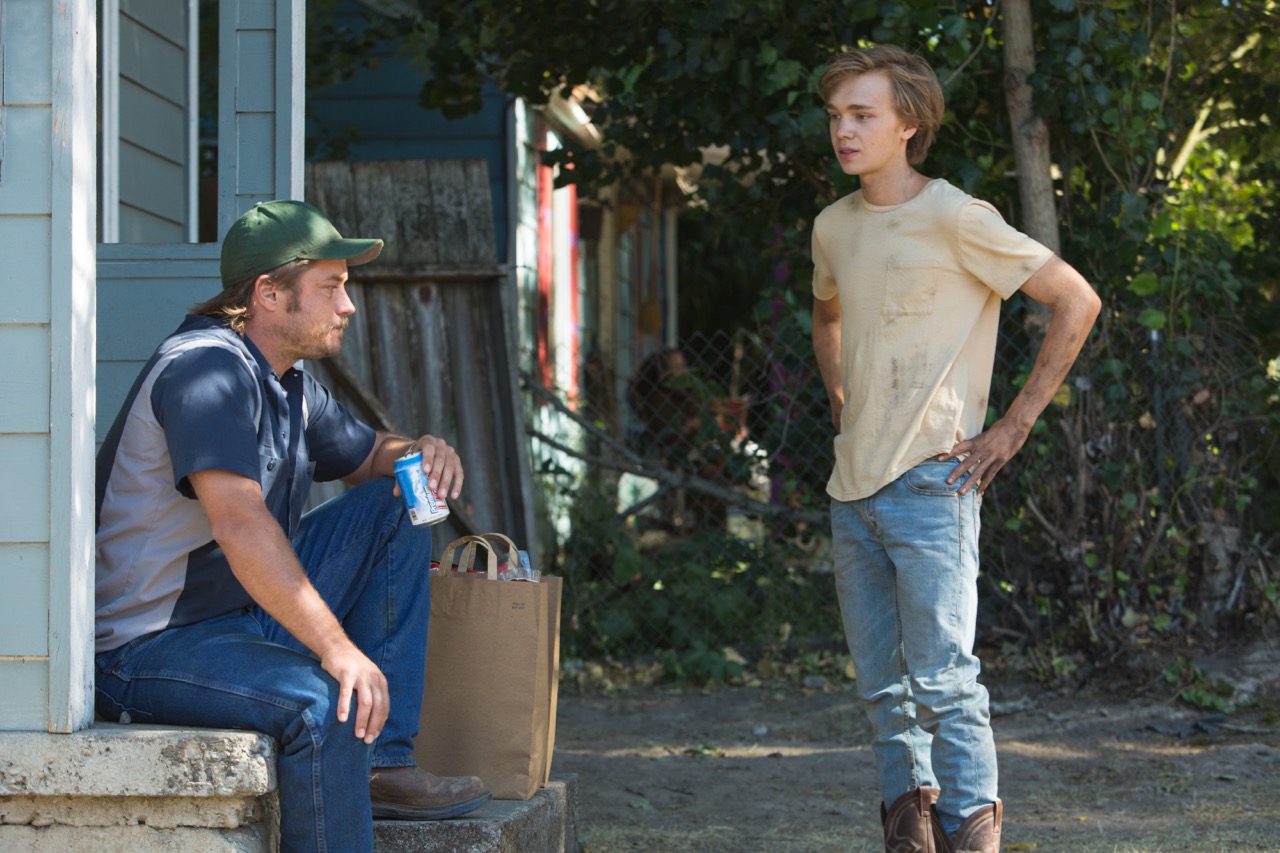 Travis Fimmel as Ray and Charlie Plummer as Charley in Lean on Pete. Image courtesy A24. Photo: Scott Patrick Green.

The Poor White People fiction that Haigh is now giving us (based on a novel of the same name by Willy Vlautin) is a frustrating and very well-constructed one—the story of a boy and his horse, a Dickensian litany of tribulation with a happy ending. Our protagonist is kind-hearted Charley (played by Charlie Plummer), a teenager living in Oregon with memories of a mother who abandoned him as a baby and with a feckless working-class father (Travis Fimmel), who wears a baseball cap, drinks lots of beer, and, in the film’s opening scene, leers across the breakfast table at his son while his one-night stand (a coworker) putters in the kitchen. Charley’s escape from his rather bleak environment is a job at a low-rent horse track down the road, working for Del (Steve Buscemi), a hustling horse-doper who runs his ponies into the ground; it is here that Charley falls in love with the animal of the title. When tragedy strikes and Charley is left effectively orphaned, he steals the imperiled Pete (who, way past his prime, is about to be carted off to Mexico for horse meat) and heads out on a journey to Wyoming—ultimately on foot—to find his long-lost, fondly remembered aunt. 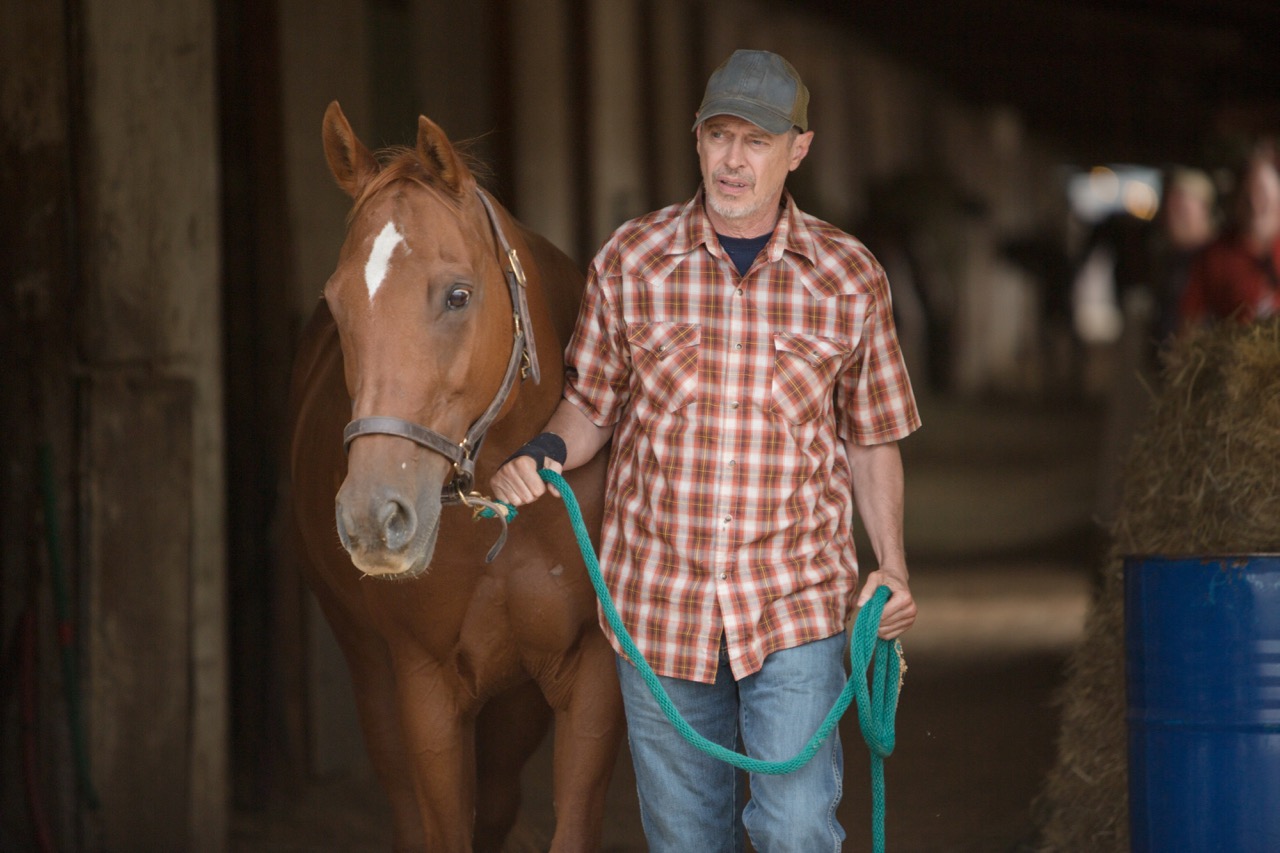 Over the course of that trek, Charley encounters increasingly bleak iterations of beleaguered whiteness—meetings Haigh renders with a highly calculated elegance that feels both delicate and somehow ill-deployed. There are the damaged young war veterans who take Charley in for the night, only to subject him to a burping contest and a racist uncle; there is the hipster vagrant who invites Charley to stay in his trailer, only to fly into a drunken, thieving rage when the teenager comes back with some money from a painting job. And since this is a corruption story—as all coming-of-age stories are—Charley finally reaches his nadir when he fights back with nothing less than a crowbar; this is his last Station of the Cross before he reaches Wyoming and finds (spoiler alert) a home, leaving all this ugliness behind. This is the kind of movie that will be taught in screenwriting classes as an impeccably grubby example of the “hero’s journey.” 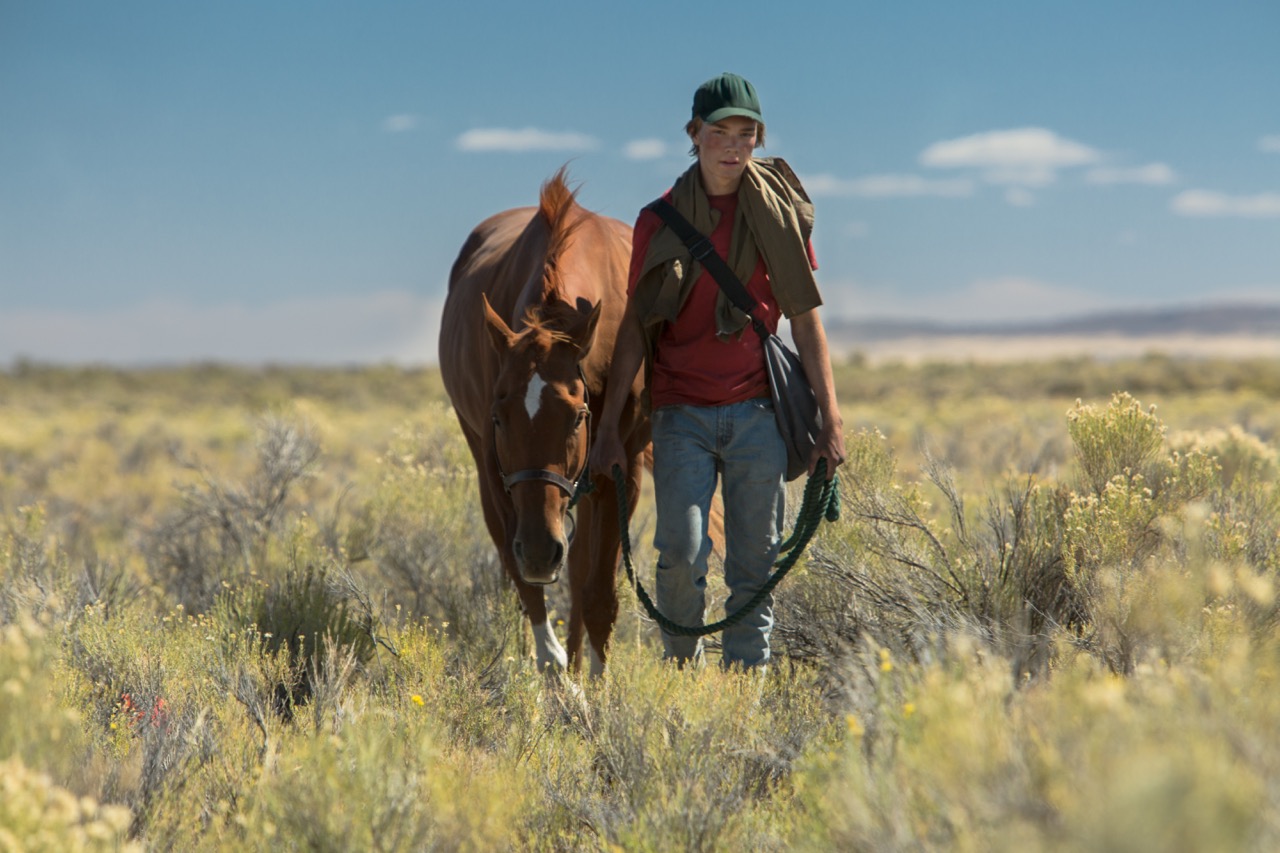 And here, lest I sound like some sort of Coastal Elite opining from on high re Poor White People, let me say that of course the terrible things that occur in Lean on Pete are things I know occur all the time in real life—people have burping contests, fly into murderous drunken rages, are systematically stripped of livelihoods and moral probity by the uncaring fluctuations of power and capital. But these things do not happen in real life in order to help a young innocent—capable of violence but ultimately pure of heart—self-actualize his way out of calamity. As sensitive as much of the movie is, it must be said that Charley is the perfect working-class avatar for the white urban NPR listener: the boy is surrounded by poor people but not really one of them, only momentarily corrupted by homelessness and depredation until he finally lands safely in the suburbs. “You’re not going to go to jail,” Charley’s aunt tells him at the end of the film. Why not? He stole a horse and maybe killed a guy. But the movie seems to believe her.

Lean on Pete is, for all intents and purposes, a road picture, and I couldn’t help but think of Andrea Arnold’s American Honey (2016) while watching it. Both Arnold and Haigh are UK-based auteurs and both have made a certain kind of American economic liminality the subject of features shot in this country. (Haigh is probably best known in the US for his HBO series Looking, about a community of gay male friends living in San Francisco.) Arnold’s film, which follows the fortunes of a group of itinerant teenagers selling magazine subscriptions door to door, is a sprawling (at nearly three hours), episodic, music-filled mélange of self-destruction and diverse forms of youthful energy. It was bound to be called poverty-porn in some quarters, but to me it felt firmly rooted, congenitally inquisitive—and indeed, Arnold worked without a script for much of the film, letting her young cast help shape the narrative as shooting went along. Bad things happen in that movie, too, but Arnold is as interested in liberation as she is in tragedy; she shares the highs and lows of the road with her characters, who are oftentimes just unregenerate punks, and when they step into the occasional fancy house in the course of their working day, she renders the place as arid and foreign territory. For better or worse, in the world of Lean on Pete, that house is the ideal destination. 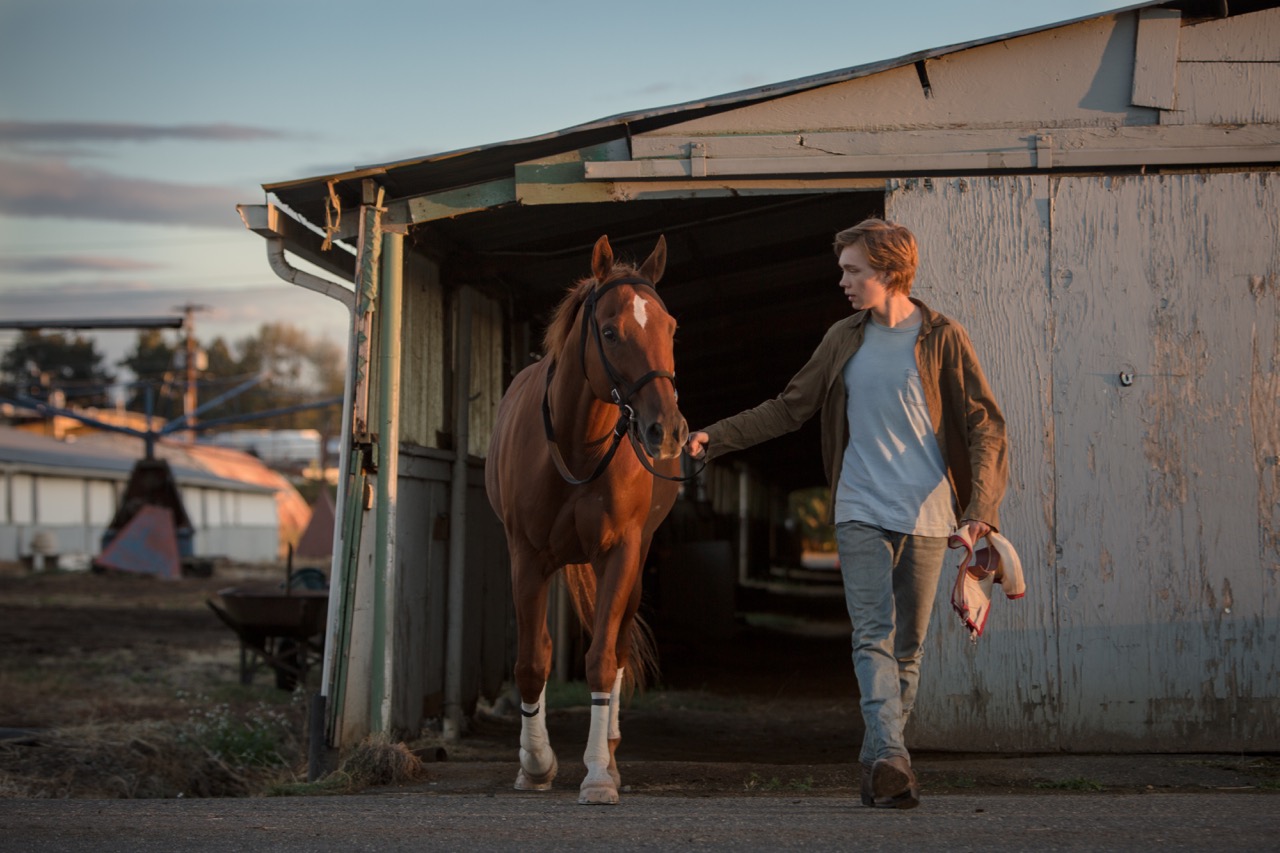 And yet . . . there is the horse. One of the best things about Lean on Pete is Pete himself, because Haigh has wisely chosen neither to anthropomorphize him nor turn him into a symbol. He isn’t even a good actor—he’s always looking into the camera—and his presence throws an unexpected kink into the otherwise well-appointed movie he seems perpetually surprised to have found himself in. “He’s just a horse,” says Del to Charley early in the movie, and indeed, even as Charley tells him stories and treats him like an old chum while they walk the road together, Pete refuses to be sentimentalized; he listlessly munches oats, moving in and out of frame, while Charley goes on and on about his mom. The animal’s inscrutability is, in some ways, a corrective to the schematic narrative fencing him in—an implacable reminder of the life being actually lived outside of the comforting stories we tell ourselves.

Paul Felten is a writer and filmmaker based in Brooklyn.