The French choreographer enlists the staff of MoMA in a less-than-successful celebration of dance. 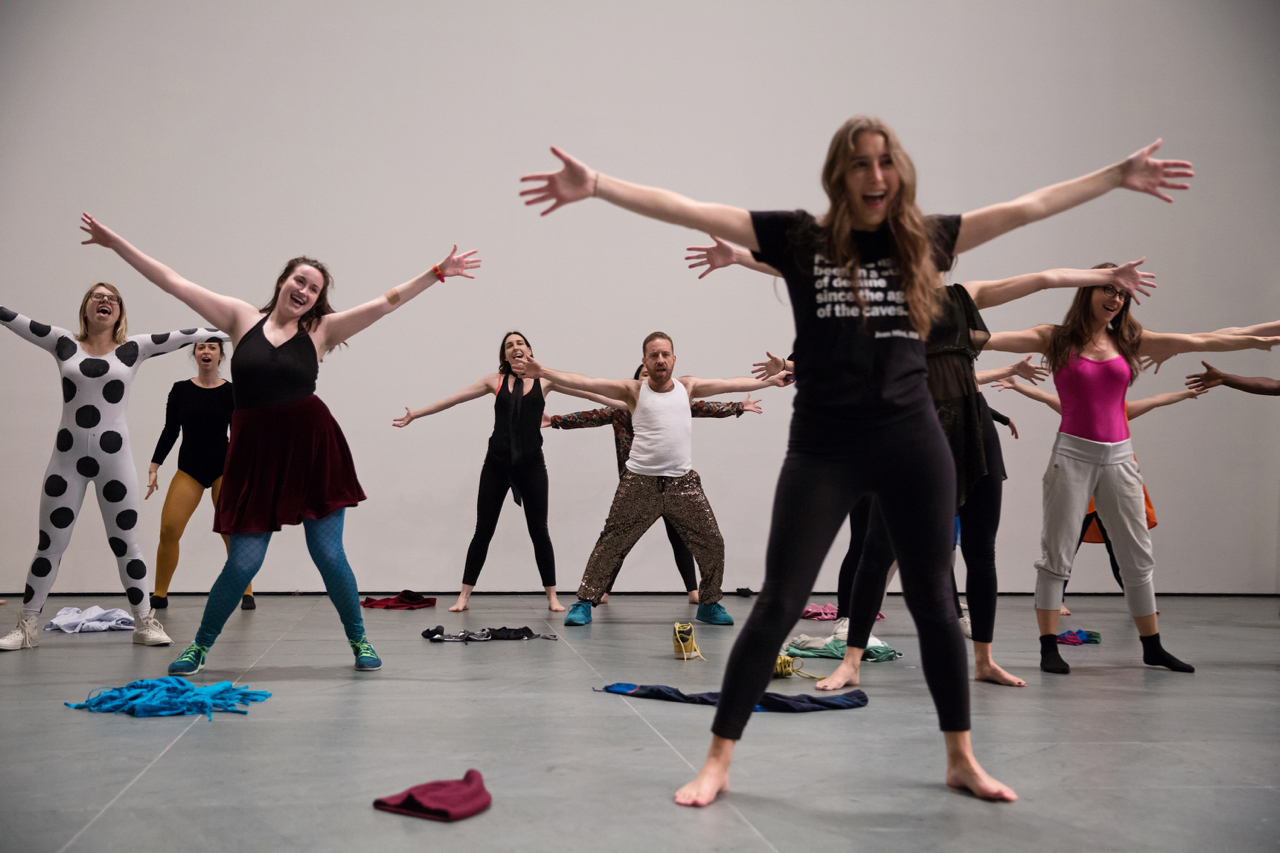 It’s hard to imagine a time when Yvonne Rainer’s “No Manifesto”—with its injunction against technical virtuosity—will stop reverberating through the contemporary dance world. It certainly paved the way for Jérôme Bel, the probing French choreographer who is intent on giving dance a place in popular culture without relying on traditional notions of spectacle.

At the same time, his works are rich in theater, imagination, and humor. He is a master of structure. He’s found a formula that works. And though the comparison might horrify him, he reminds me of the American choreographer Paul Taylor, who similarly started out experimenting with works that favored pedestrian movement and were difficult for conventional audiences to swallow before abandoning the avant-garde to make dances for everybody. (Taylor is considered woefully uncool in the experimental circles in which Bel, despite his populism, runs.) Taylor, like Bel, carries himself with a certain innocence that feels feigned. It’s probably a form of protection. They’re two of the shrewdest choreographers around, as capable of brilliance as they are of banality. When Taylor produces something that seems like a throwaway, you have to look harder. The same goes for Bel.

The depth of Bel’s vision was on rich display in three early works presented as part of the Crossing the Line Festival produced, in part, by the French Institute Alliance Française: Jérôme Bel (1995) at the Kitchen, The Show Must Go On (2001) at the Joyce Theater, and a film of the final performance of Véronique Doisneau (2004). But the premiere of MoMA Dance Company, which rounded out this unofficial Bel portrait, was slight in comparison: a fun if vacuous work meant to celebrate the unbridled joy of dancing. 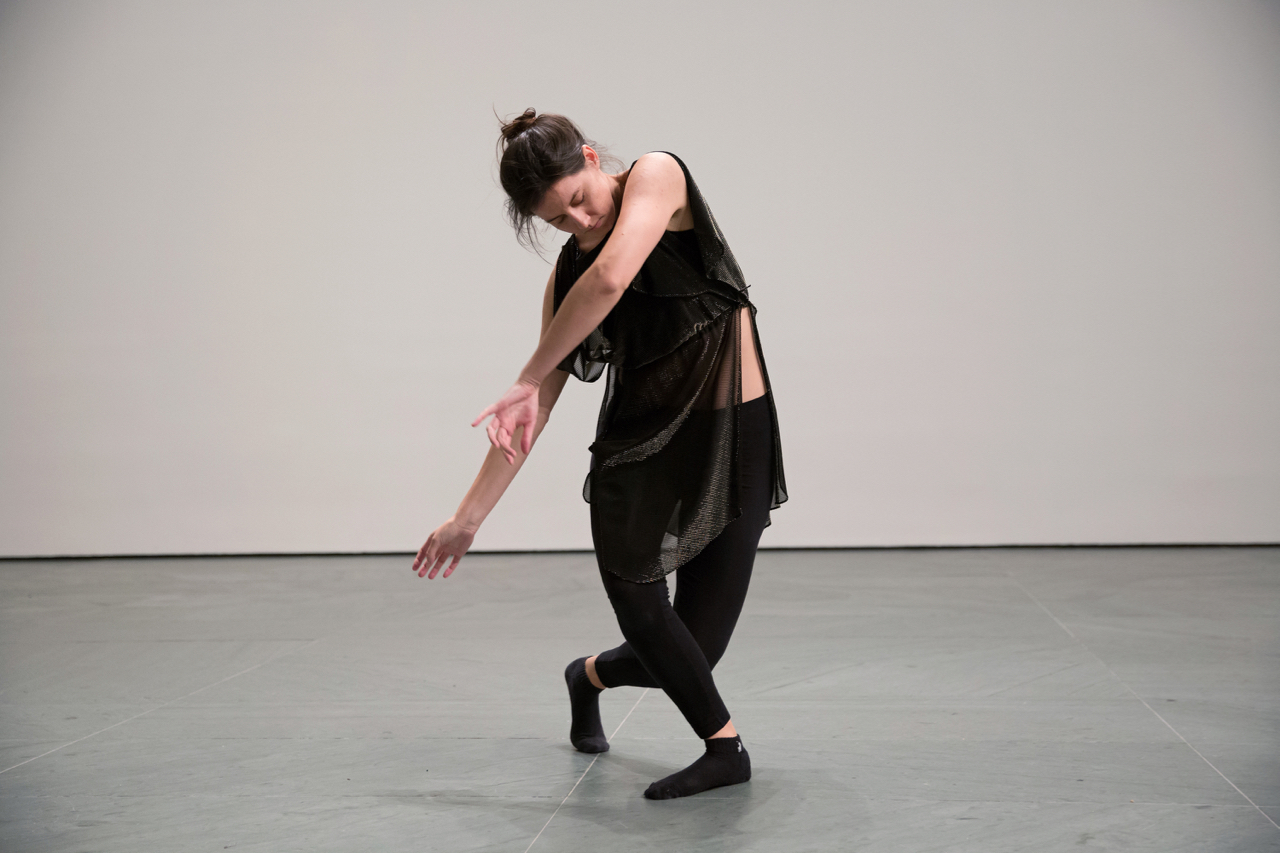 Like The Show Must Go On, and most of Bel’s recent work, MoMA Dance Company engaged amateur performers—in this case, a volunteer troupe made up of employees of the Museum of Modern Art. It opened with a solo by a barefoot young woman in a flowing black dress. In a delicate approximation of Isadora Duncan, she swayed from side to side, pausing at moments to pose like a statue. The rest of the cast, who filled the atrium space, then performed behind her. Their material was her solo, and their task was to copy her. As the follow-the-leader routine continued, you saw the soloist, or the source, in the foreground, while those behind strained to keep up as they danced to pop songs including Madonna’s “Like a Prayer” and the Killers’ “Glamorous Indie Rock and Roll.” The numbers were, alternatively, silly, lively, and ridiculous, but these sketchy interpretations became, whether intentionally or not, a canvas on which to witness the deterioration of movement, and with that came the realization that a dance is always in danger of dying through the act of interpretation.

As the piece continued, the pauses between songs grew longer and longer, in essence highlighting physical exertion as the performers struggled to catch their breath and to regroup. One aspect of MoMA Dance Company, inspired by Gala (2015), a larger work involving amateurs, focused on the grind of being a follower. It didn’t end well: the final song, John Kander and Fred Ebb’s “New York, New York,” featured the performers converging in a huddle before bursting forward, arms raised as they enthusiastically replaced the lyrics “New York, New York” with “MoMA, MoMA.” There was an embarrassing kick line. It was self-congratulatory in the worst way and had more in common with children’s theater than the kind that reminds an adult what it was like to be a child. Usually, that sensibility is something Bel nails with deftness in his excavations of the privates lives of dancers, amateur or otherwise. 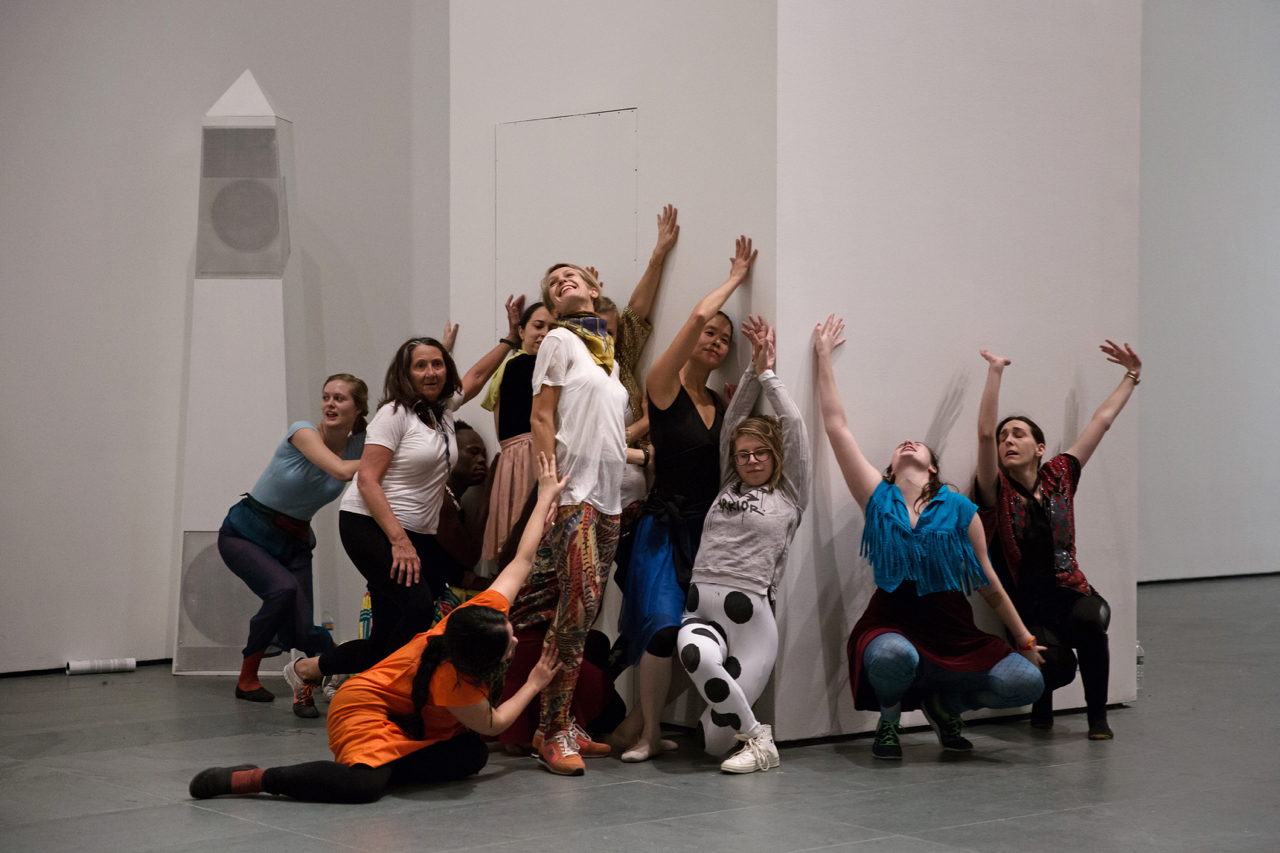 In MoMA Dance Company, some of the cast members were too knowing and too in on the joke to create a community of real value. They lacked Bel’s secret weapon, vulnerability, which was palpable in The Show Must Go On, in which amateur and professional performers react to a series of carefully curated pop songs and perform choreography that largely mirrors the lyrics. As Tina Turner sings “Private Dancer,” the stage empties and the DJ, sitting in front, hops up to perform a solo. It’s touching; a bedroom dance made public. But it’s largely a group effort: in David Bowie’s “Let’s Dance,” the title lyric is a cue for the performers to let loose and then—just as soon as it’s over—to stop on a dime. For the audience, the songs also become a kind of theater of the mind; the songs in the work aren’t merely a soundtrack to a dance, but a soundtrack from life. What do “Come Together” or “Private Dancer” bring up from your past? With elegant restraint and patience, Bel reveals a stage of individuals who become a community through dance. It’s so simple and corny, yet it brings you to tears.

MoMA Dance Company takes the audience on less of a journey, and there are practical reasons for that. It’s only thirty minutes, and the museum’s atrium is a bizarrely hectic setting for a dance. As a piece of art, it’s both lazy and slyly subversive. Bel is providing the museumgoer a dance sampler in which the energy level is on par with the kind of adoration one experiences while watching Revelations at an Alvin Ailey performance. He’s surrendered to the crowd; he’s giving a specialized, museum-friendly population the kind of dance it wants. I’d like to think he’s making fun of the current trend of dance in museums. But perhaps Bel really does believe that dance is a tonic for the soul. It’s true that his most affecting works reveal humanity. MoMA Dance Company hardly achieves that, but it is still a breather from all the poison seeping into the world. Just dance, he seems to be saying, and you might feel a little bit better.