Two contemporary dancers confront the complications of the performing body. 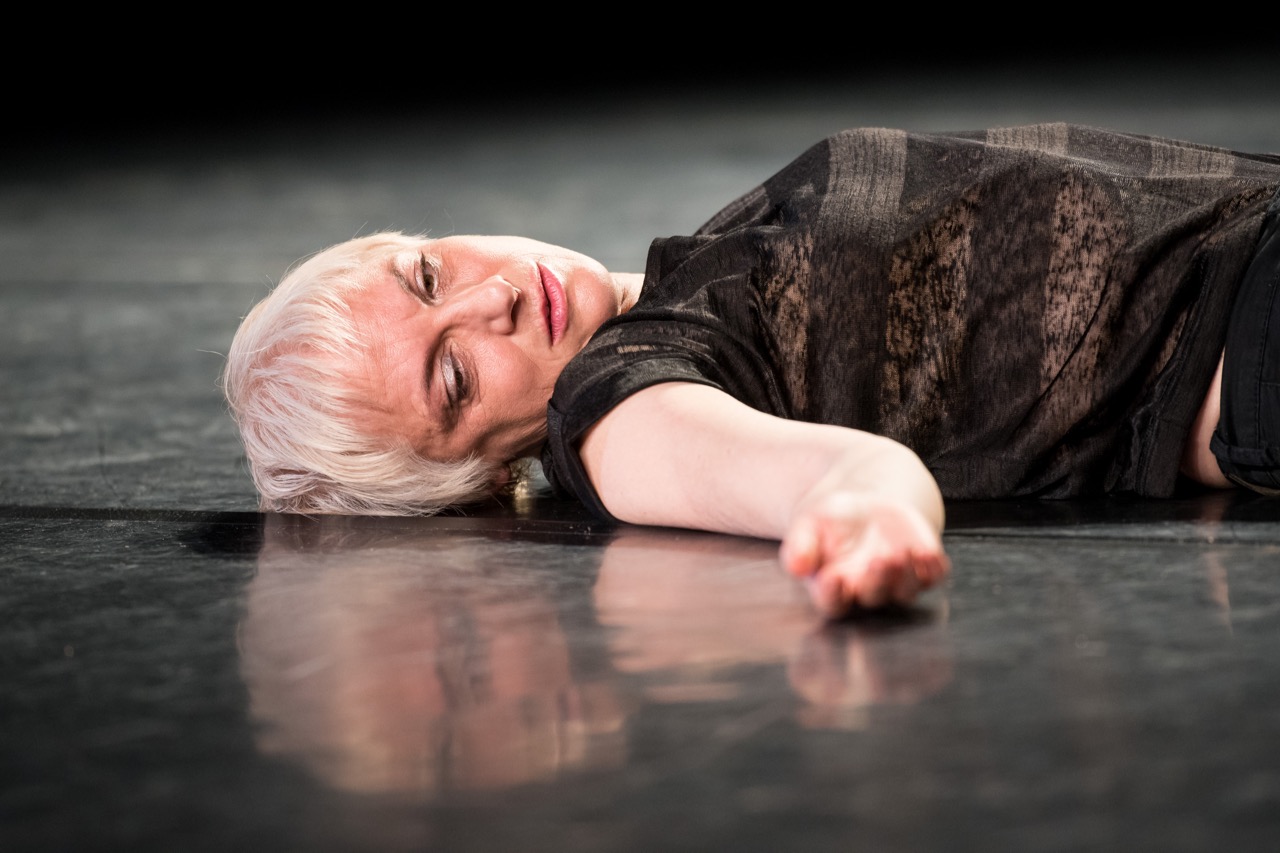 There aren’t many stars in contemporary dance, but Meg Stuart is one: she shines bright. An American who made her name in Europe more than two decades ago—she now splits her time between Brussels and Berlin—Stuart explores the tension between dance and theater with an exquisite nonchalance. Using movement as her base, she is an excavator of sensations. But right on her heels is the young Montreal-based Dana Michel, who is cementing herself as a fiercely powerful voice with her raw and rich explorations of identity.

At American Realness 2017, a festival geared toward experimentation, they performed back-to-back. Their approach is both delicate and arduous as they grapple with what it means to be present in a body onstage. As Stuart observes in Are we here yet?—a book about her creative process—what happens in the head and in the body can never truly match up. “One is always thinking, remembering or imagining, superimposing layers on the experience at hand, which confronts one with the impossibility of being totally present.” It’s a difficulty that is only heightened in a theatrical context—as demonstrated by Stuart’s program of four solo works at American Realness. Though admirable in parts, it felt too smooth, too rehearsed.

Signs of Affection (2010) focuses on the hands, which Stuart shakes in front of her face while Greg Fox performs a vigorous drum solo. Planted on one spot of the stage, she rubs her hands together, claps on occasion, and wags her head until her body vibrates uncontrollably. In I take it back (2007), the context is the end of a relationship. After a series of poses, in which Stuart hugs herself from behind or runs the tip of her elbow down the inside of the opposite arm, she delivers lines that start out with “You know when I said . . .” and conclude with “I take it back.” It goes like this: “You know when I said I can’t live without you? I take it back.”

Stuart was outraged. Croce’s provocative essay is one of her finest, one that made a healthy challenge to the prevailing, politically correct downtown orthodoxy—at least in my view. Yet Stuart’s response is interesting, too; she darts around the stage and performs manic, repetitive gestures before assuming a stationary pose facing the audience. As Serge Gainsbourg’s “Je t’aime . . . moi non plus” plays, Stuart taps her foot and wiggles her hips; incredibly, she freezes, or paralyzes, half of her face. 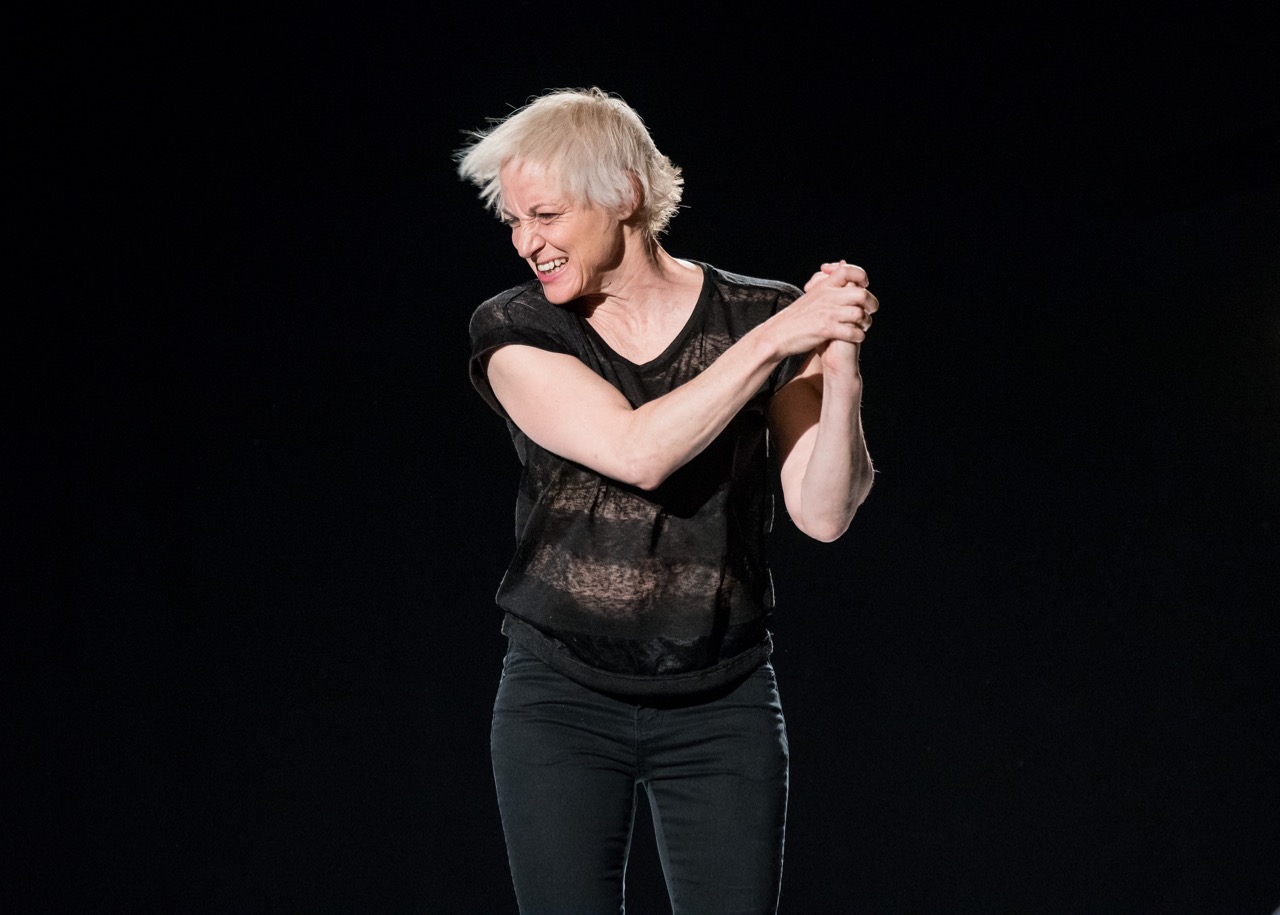 Just as mesmerizing is All songs have been exhausted (2013), in which she approaches her body as a living archive of memories, dances, influences, and fantasies. The stage, lit by Gilles Roosen, is dusky and dark, creating a velvety backdrop for Stuart’s quicksilver gestures. She touches her throat and caresses the air with her fingers, both birdlike and delicate. As part of the score, William S. Burroughs talks about how, in a dream, the important thing is “to see your hands.”

With her loose white top and mop of blond hair, Stuart has an otherworldly glow. Her shadow, more animal than human, looms largely behind her as she becomes more skittish. She takes off her shirt and dons a long wig that grazes the floor before she stretches onto the stage, face down like a creature in the wild. It’s affecting, but hardly as searing as Michel’s Mercurial George (2016). 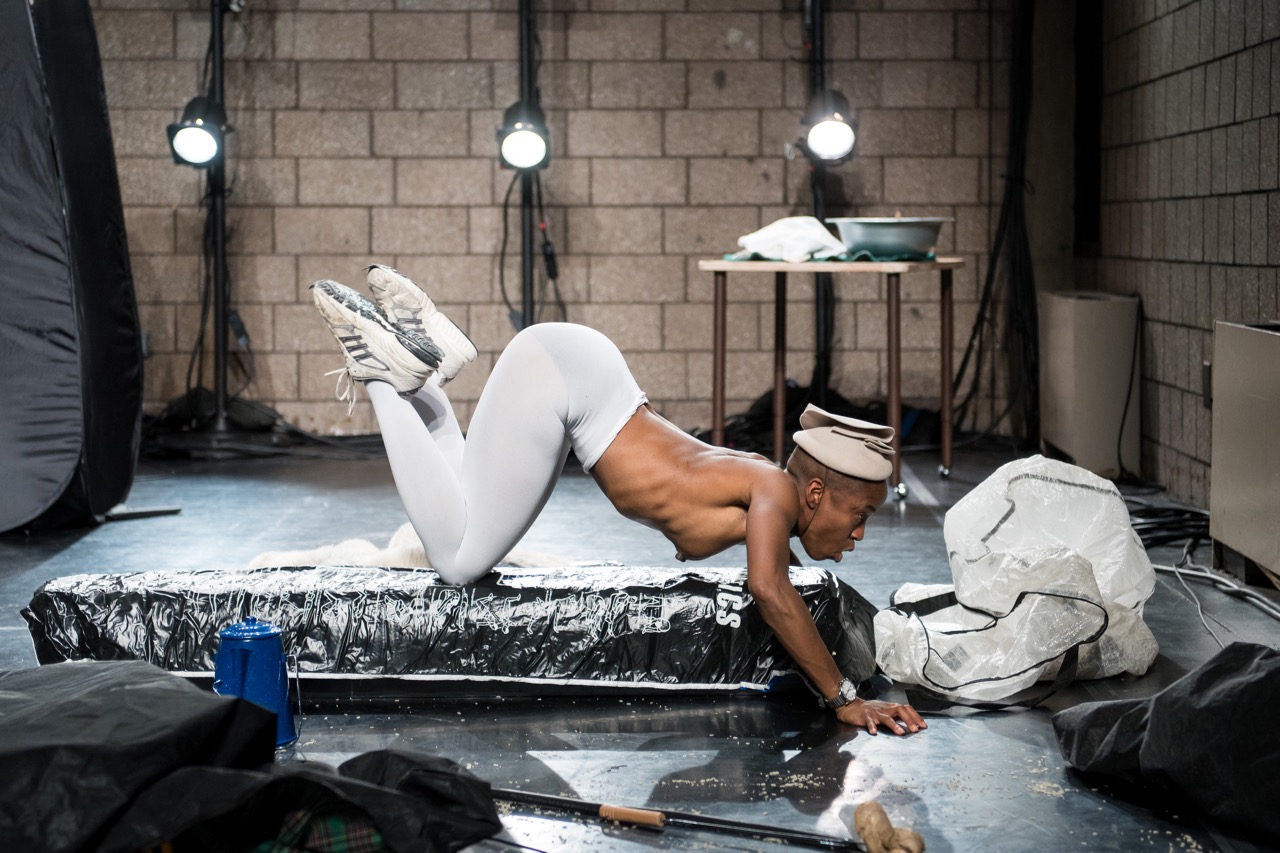 Performed at Abrons’s more intimate Experimental Theater, Mercurial George is an excavation of identity in which Michel embodies a character who appears to be homeless. Seeing it right after Stuart’s solos is revealing: Michel seems to move from her subconscious as she explores the notion of marginalization. She occupies a liminal state—is this a dream or is it real?—that requires the viewer to pay close attention. Michel’s visceral, character-based explorations, a rare blend of exacting and strange, give nothing away. She doesn’t sell herself, and she’s not desperate to please. I see Dave Chappelle and Charlie Chaplin when I watch her move; she is that precise and dexterous.

At American Realness in 2014, Michel presented Yellow Towel, a spellbinding, disconcerting look at race and stereotypes through the trigger of a yellow towel, an object the black dancer used to wear on her head as a child as a way to emulate her blond classmates. In Mercurial George, seemingly a companion piece to Yellow Towel, Michel is even more intense in the way she distances herself from her audience and becomes absorbed by her surroundings. 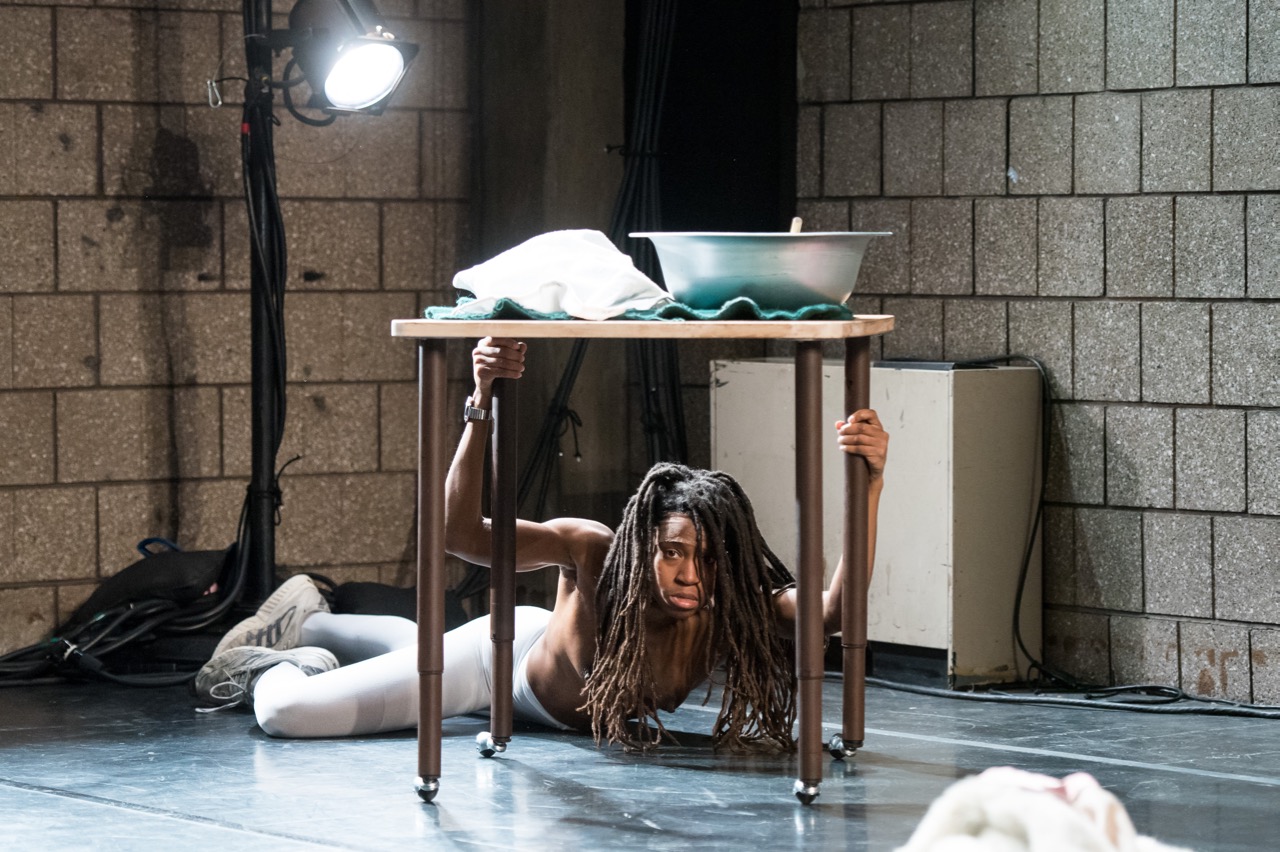 Wearing a pair of white tights and sneakers (purposely too big) with a shorn head (later, she dons a dreadlocked wig), she slithers across a darkened stage strewn with debris—bags, a ball of dough, a faux fur coat. She crawls inside bags, which no doubt double as shelter, and pulls out objects, including ginger root and miniature cups and saucers. During this private ritual, there’s no self-awareness; she performs as if the audience isn’t there. The only instance we meet her gaze is with an image on a mask depicting her own face, which she wears on her forehead like a crown. As she continues her tasks, those eyes on the mask—her eyes—lock onto ours.

Yet we are integral to the theatrical experience: As Michel uses her body to physicalize the precarious mental state of her character, we do what we aren’t allowed to do in public. We stare. This is the unbalanced person you look away from in discomfort, the person you assume is too far gone to be helped. All the while, Michel holds nothing back in this crystallization of solitude. It’s achingly brutal.

Michel picks a piece of invisible lint from her tights and flicks it away. She mutters under her breath. She doesn’t make direct eye contact. Her body stutters, then stops. She pushes on. As dazed as she is shuffling from one prop to the next—stabbing at a bag of white rice with a barbecue fork so that it showers over the stage like snow, or stumbling through the space in a faux fur coat—she is also durable. She has wit.

Exploring the unstable body isn’t new in dance, but it has rarely felt quite this real. Unlike Stuart, Michel gets to the very essence of vulnerability with a brand of presence so intense that you forget you’re watching a performance. Suddenly, the body is as agile as the mind.