Artists Space looks back at the 1990s collective. 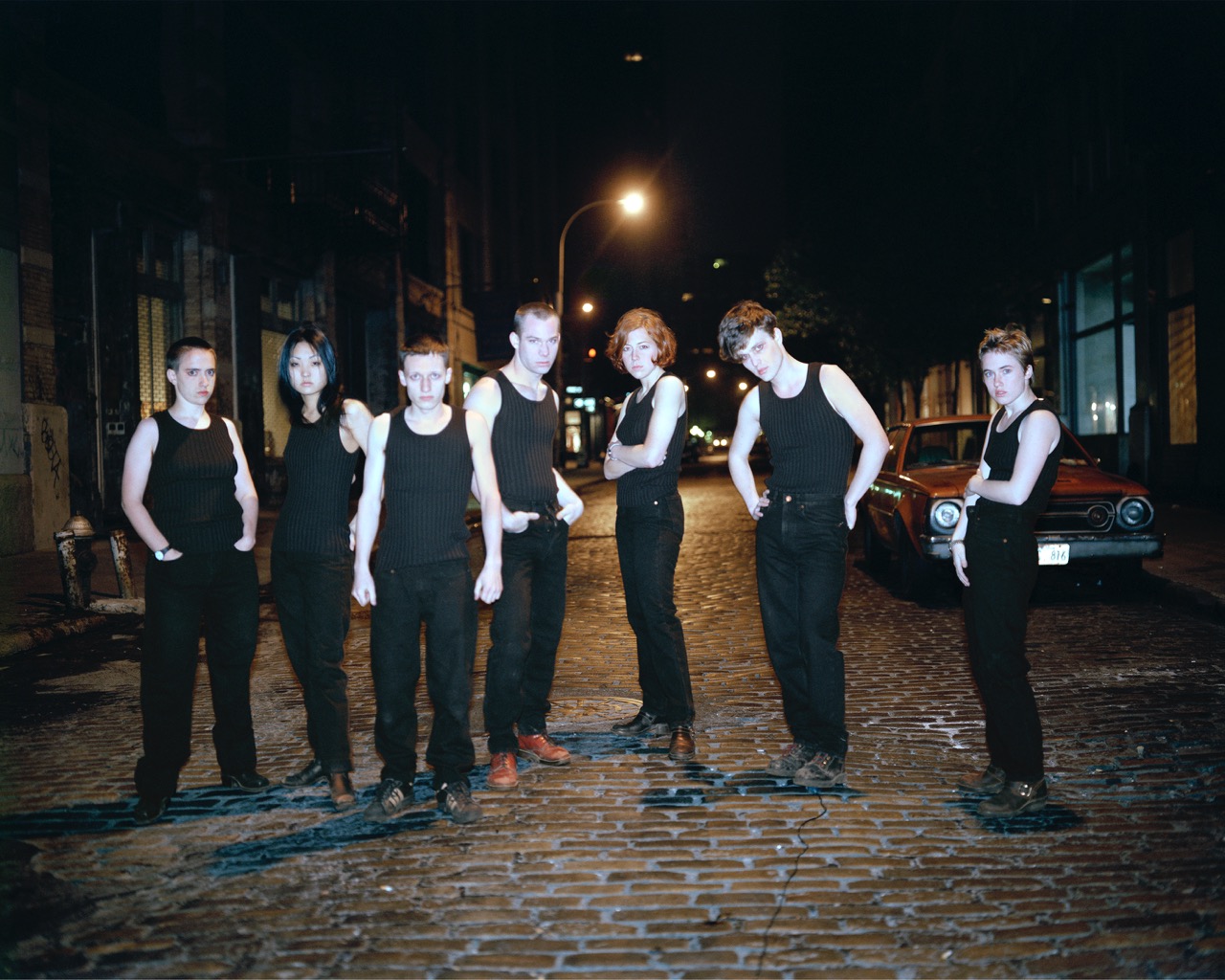 From the early to late 1990s, the long disbanded artistic collective ART CLUB2000 (AC2K) created a body of work that was mounted as a series of eight exhibitions at American Fine Arts (AFA) in south SoHo. Its owner and impresario, Colin de Land (who tragically passed away far too young in 2003), served as the mentor for this young group of seven art students from Cooper Union. At the time, I was in graduate school working toward my PhD, and AFA was on my regular gallery rounds. Indeed, it was only a quick two doors down from my husband’s gallery at the time, Basilico Fine Arts. So, we were neighbors of sorts. I am, thus, not a dispassionate critic or neutral observer of their retrospective exhibition at Artists Space that (not to wax nostalgic) captures what seems like a very distant time.

The art world was in recession in the wake of the financial crash of the late 1980s, and while the stirrings of new money were detected, it was still a moment of austerity, relatively speaking. It was also a slower time. There were no JPEGs (transparencies or slides were sent through the mail), fax machines were the main form of long-distance communication, and physical announcement cards were de rigueur. Email was modestly available (cranky dial-up ruled). The internet was not fully privatized until the mid-1990s (albeit in a form unrecognizable to us today). South SoHo, where AFA had set up shop on Wooster Street in 1988, maintained the intimate and edgy feel that had originally attracted artists to the cast-iron district. It was certainly a destination for art, but not exclusively: its streetscape of narrow roads and storefronts allowed for happenstance encounters—or the unplanned urban meanderings of the dérive, to recall the Situationists. 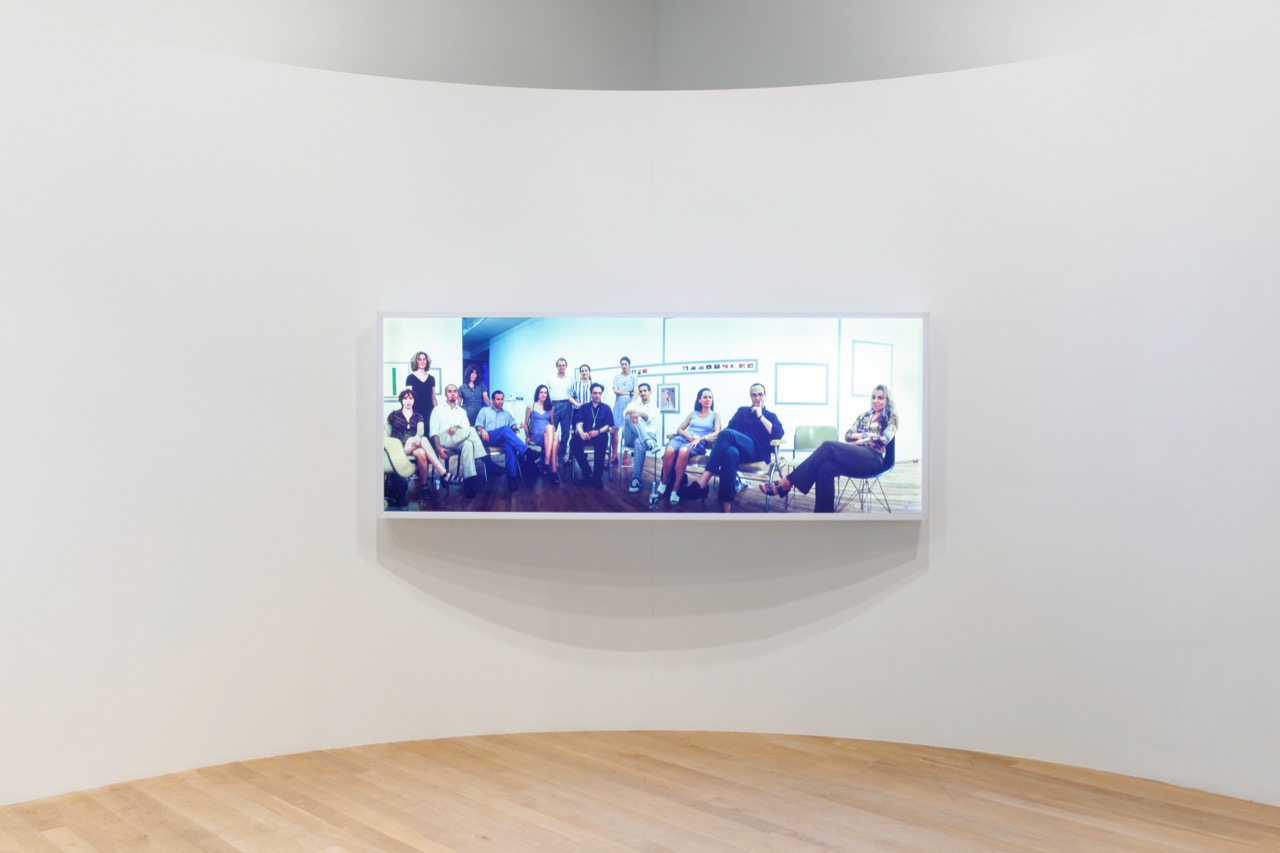 AC2K’s artistic activities, from 1992 until their planned disbandment at the turn of the millennium, speak to the scale, experimentalism, and modesty of these conditions—and a sense of pending disruption. Their exhibition SoHo So Long (1996), restaged in the Artists Space show, maps the migration of galleries from SoHo to far-west Chelsea. Unlike SoHo, when it was founded, Chelsea was a dealer-driven, rather than an artist-driven, neighborhood, predictive of the increasing financialization of contemporary art. AC2K tackled this development with documentary zeal, photographing key players whom they interviewed. Interviewees, ranging from the very established dealer (Leo Castelli) to the up-and-coming (Carol Greene), as well as a number of critics at various stages in their careers, were asked about their views on Chelsea and the future of SoHo under the intense forces of gentrification—a question that the very title of their show (So Long) provided the prescient answer. Responses vary from the optimistic to the baleful and everything in between. “People are investing, they’re buying real estate there,” muses curator (then critic) Francesco Bonami, while critic James Meyer is more philosophical: ”I don’t particularly enjoy it,” he remarked, “but if that’s where the art is, that’s where I’ll go.” Indeed, SoHo would soon die as an artistic neighborhood, while that former veneer has nonetheless continued to be deployed as a marketing device for expensive real estate, in inverse relation to the amount of art that remains. 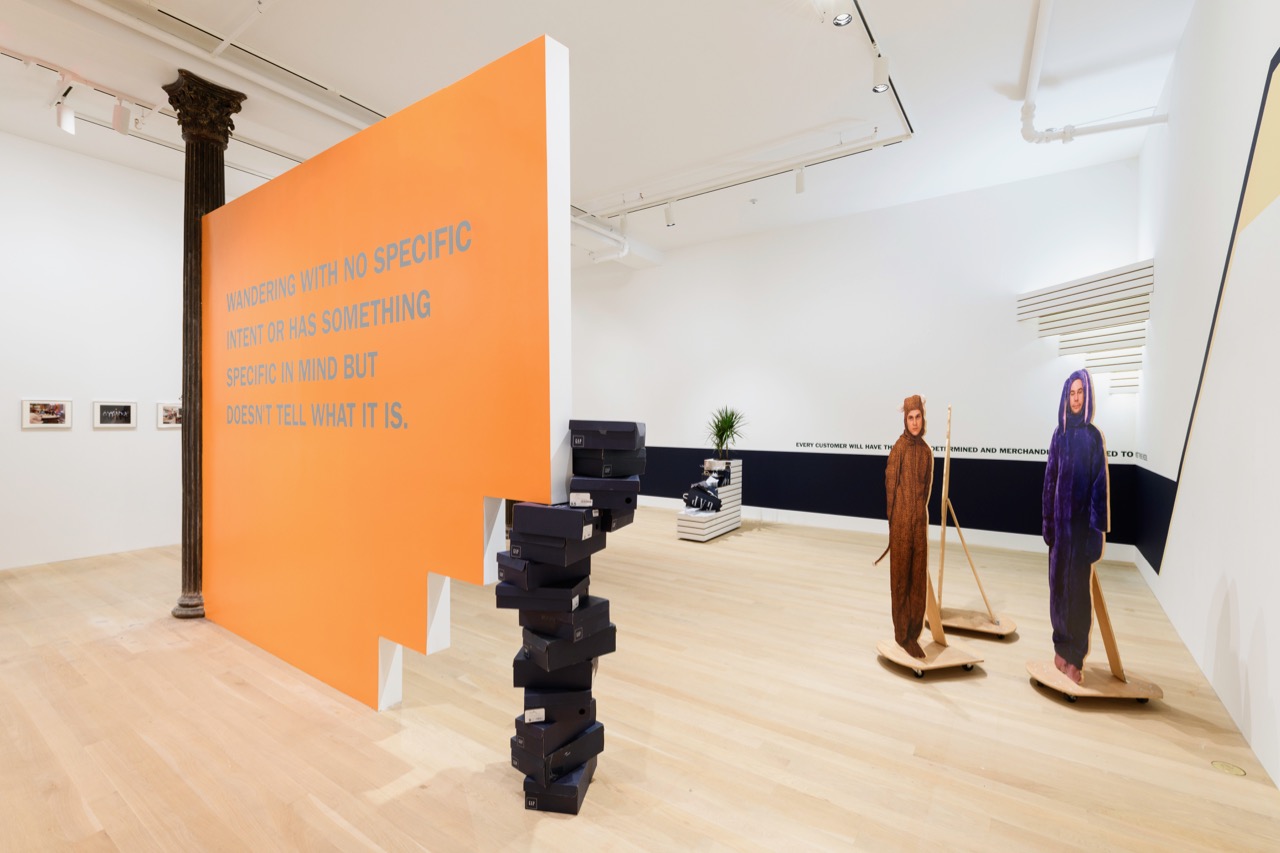 The burgeoning corporatization of the mid-to-late ’90s—which falls under the rubric of neoliberalism—was AC2K’s bread and butter. Commingle, their first exhibition at AFA (in 1993), offered an irreverent take on neoliberalism’s embrace of the market—and its propping up the corporation as a social, rather than simply economic, actor. The retrospective recreates this inaugural show, replete with saturated colored walls, sculptures comprised of stacks of shopping bags and tilting boxes, and a series of photographs. In the latter, the group performed a riff on the then-ubiquitous and style-conscious Gap advertising campaign (the store had recently opened a branch in the East Village, heretical to its countercultural inhabitants), with the twentysomethings outfitted in the requisite jeans and bandanas of the latest grunge fashion. Set in notable sites around Manhattan—Times Square, the now-defunct home décor store Conran’s, the hyper-trendy Paramount Hotel—the imagery unfolds like the credit sequences of Saturday Night Lives of the past, in which the borough was still home to skate-boarding, smoking, and graffiti: an aesthetic that would soon be all but eliminated under the “quality of life” mission of Mayor Rudy Giuliani (long before he became the crazed mouthpiece for Donald Trump). Set within the installation are enlarged cutout sculptures of the members in bunny costumes, as well as various Gap corporate papers they rescued from the trash, whose policies (lines from which, in vinyl lettering, are affixed directly to the wall), in tone and content, diametrically oppose the freewheeling aesthetic of its branding. 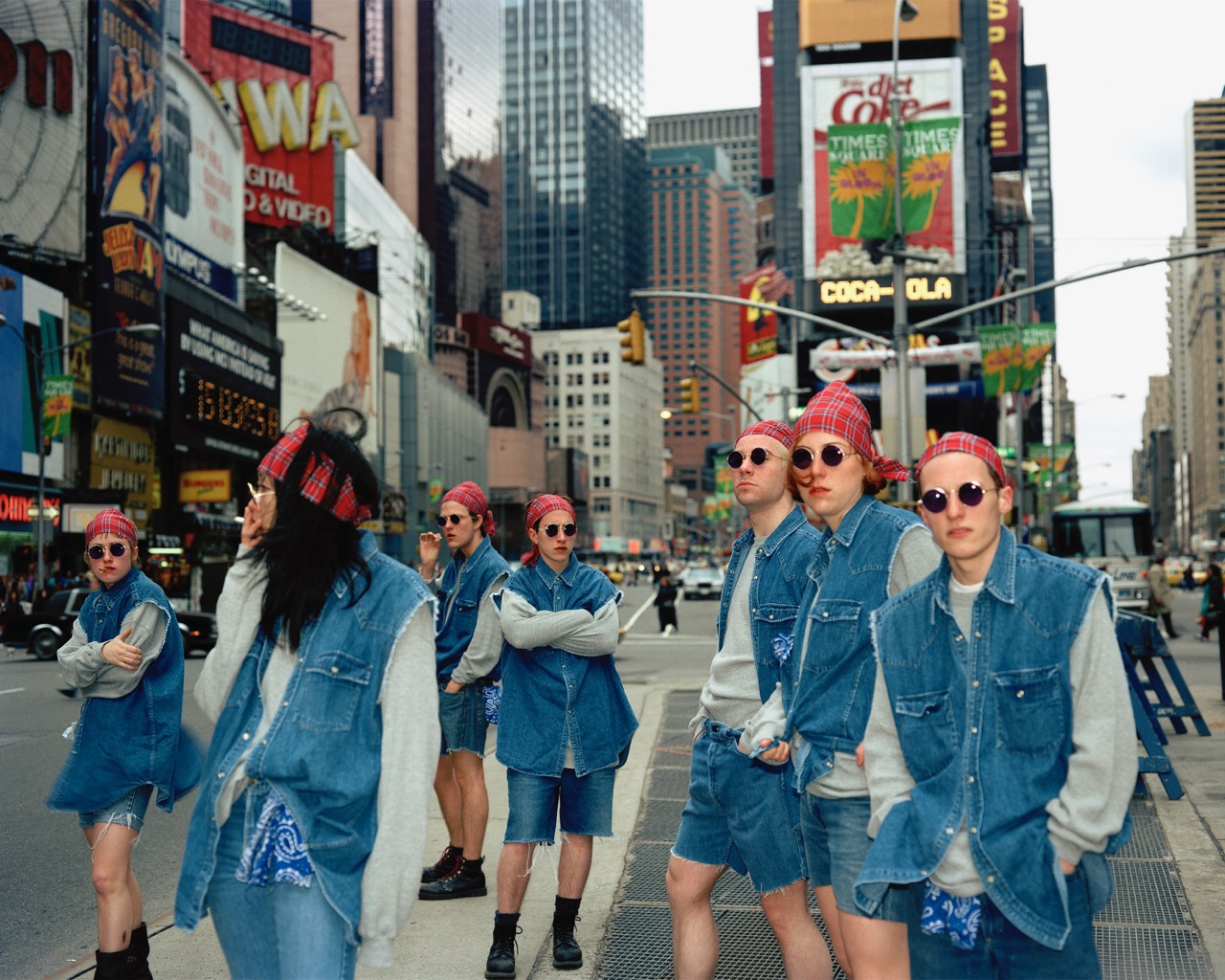 The group’s simulation of the company’s marketing apparently hit too close to home. After de Land placed an AC2K photograph as an ad in Artforum—a portrait of the dealer himself that closely replicated the Gap’s “Individuals of Style” campaign featuring trendy celebrities—the company’s attorneys sent a cease-and-desist order to AFA. Archival materials of this event are presented for the first time in the lower floor of the exhibition, providing an enticing read that is also an extension of the group’s practice. 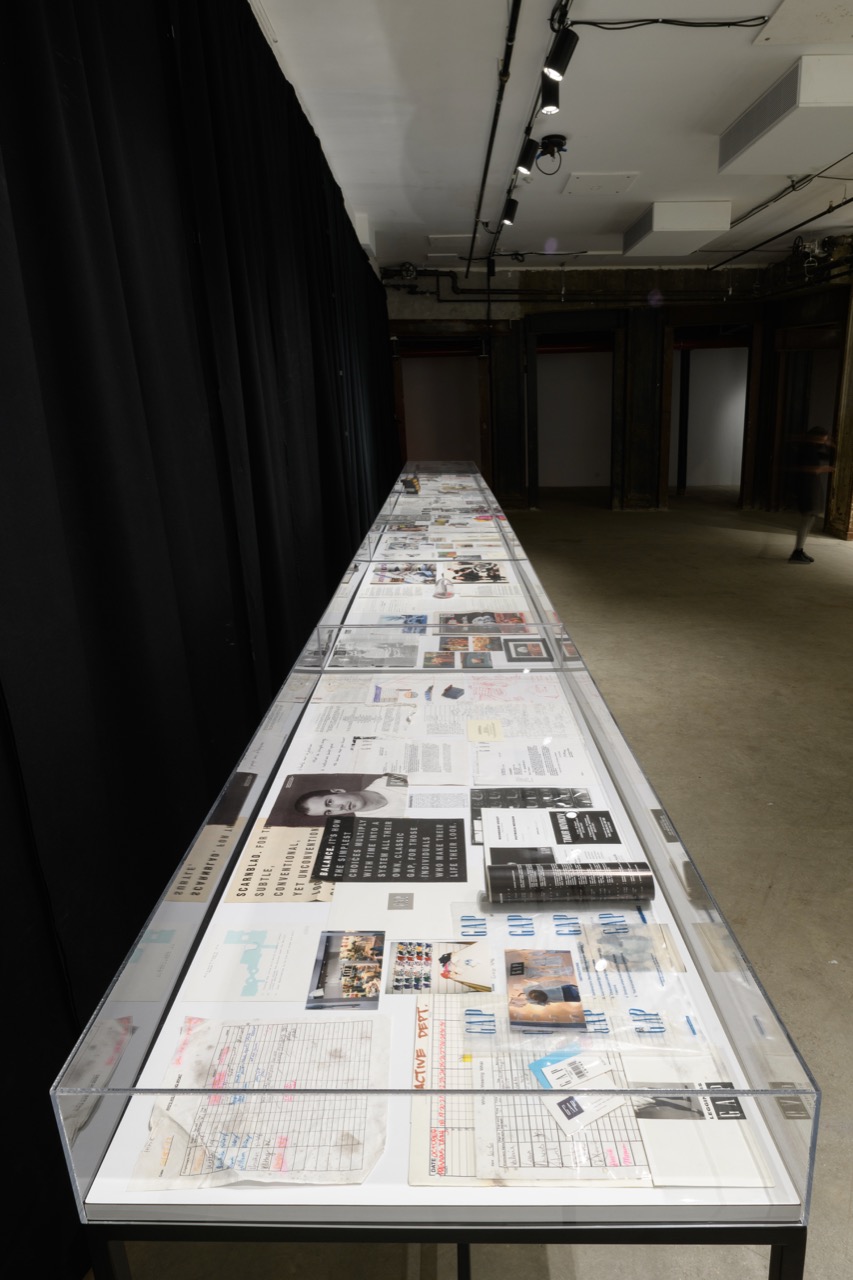 AFA was known as the hub of a new form of institutional critique—a path that was carefully cultivated by de Land. AC2K’s particular take on the strategy (their teacher at Cooper Union was the famed conceptualist Hans Haacke) moved the needle from the austerity of Haacke’s transparent displays of unedited information to something that intuitively registered the traits of the “new economy,” whose emergence coincided with the group’s activities. In this Silicon Valley neoliberal fantasy, entrepreneurial capitalism, freed of old hierarchies, is triumphant, and technology—i.e., the net—is hailed as the central agent of history. Predicated upon an ethos of collaboration and sharing, labor in this new economy looks nothing like “work” in the traditional sense; rather, it approximates different modes of social exchange and communication. 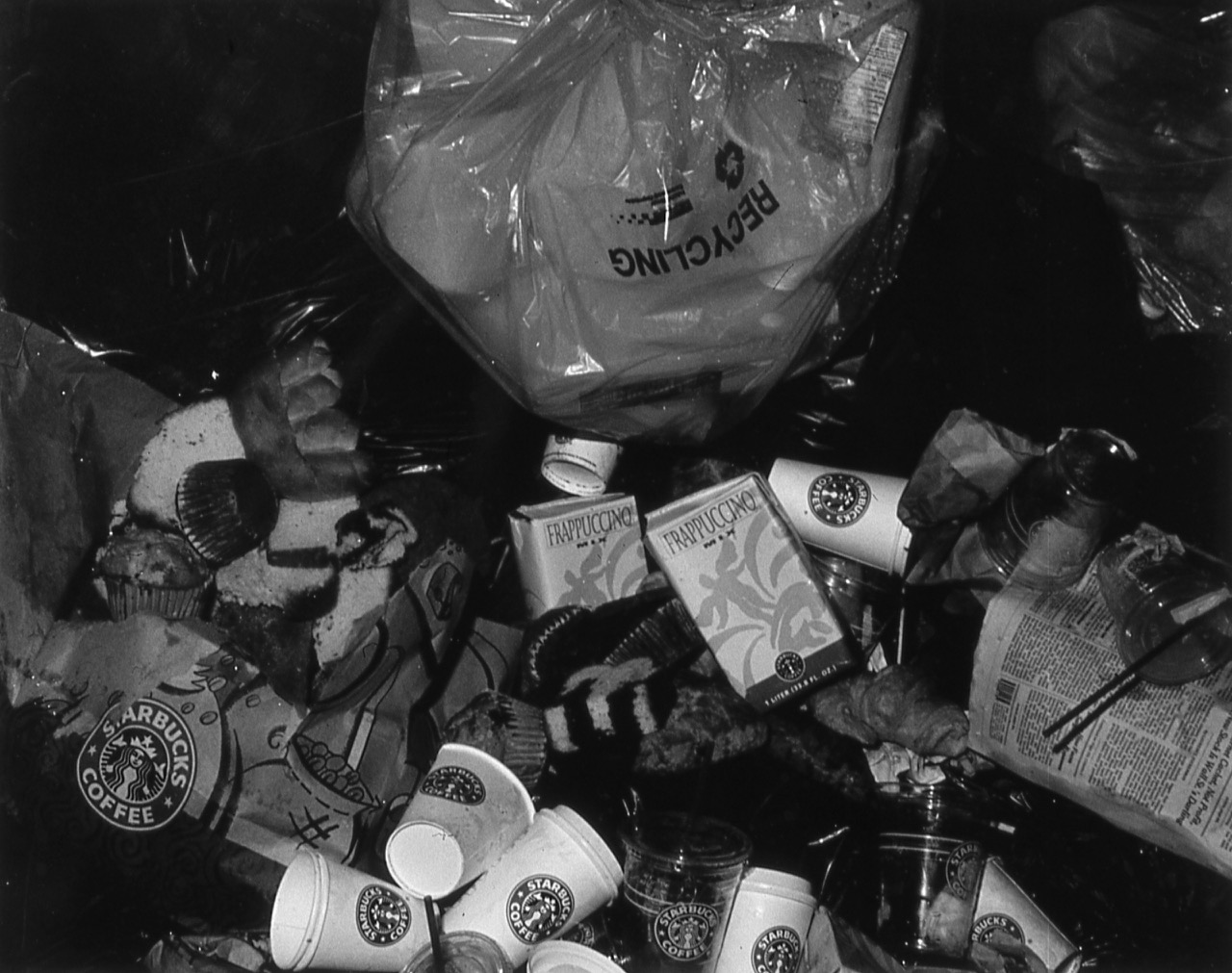 As follows, for AC2K, “work” assumed forms that look a lot like hanging out: frequenting Kenny Scharf’s Scharf Shack, having a slumber party at the Angelika theater, or chronicling the collected trash outside of a new Starbucks. Their model of casual interaction started with the group’s organizational structure as an (unauthored) artistic collaborative. Artistic collaborations, of course, are found throughout the twentieth century. But distinct from those collectives of the past, which arose out of urgent political agendas (e.g., the AIDS crisis for Gran Fury and Group Material in the 1980s), these new “social” (as I define them) collaboratives derive more organically, from bonds of friendship, shared professional interests, experiences in art school, or being part of a gallery stable. In this way, AC2K represents a proto-digital social network, of which AFA itself can be seen as a part, cultivating a business model built upon community. 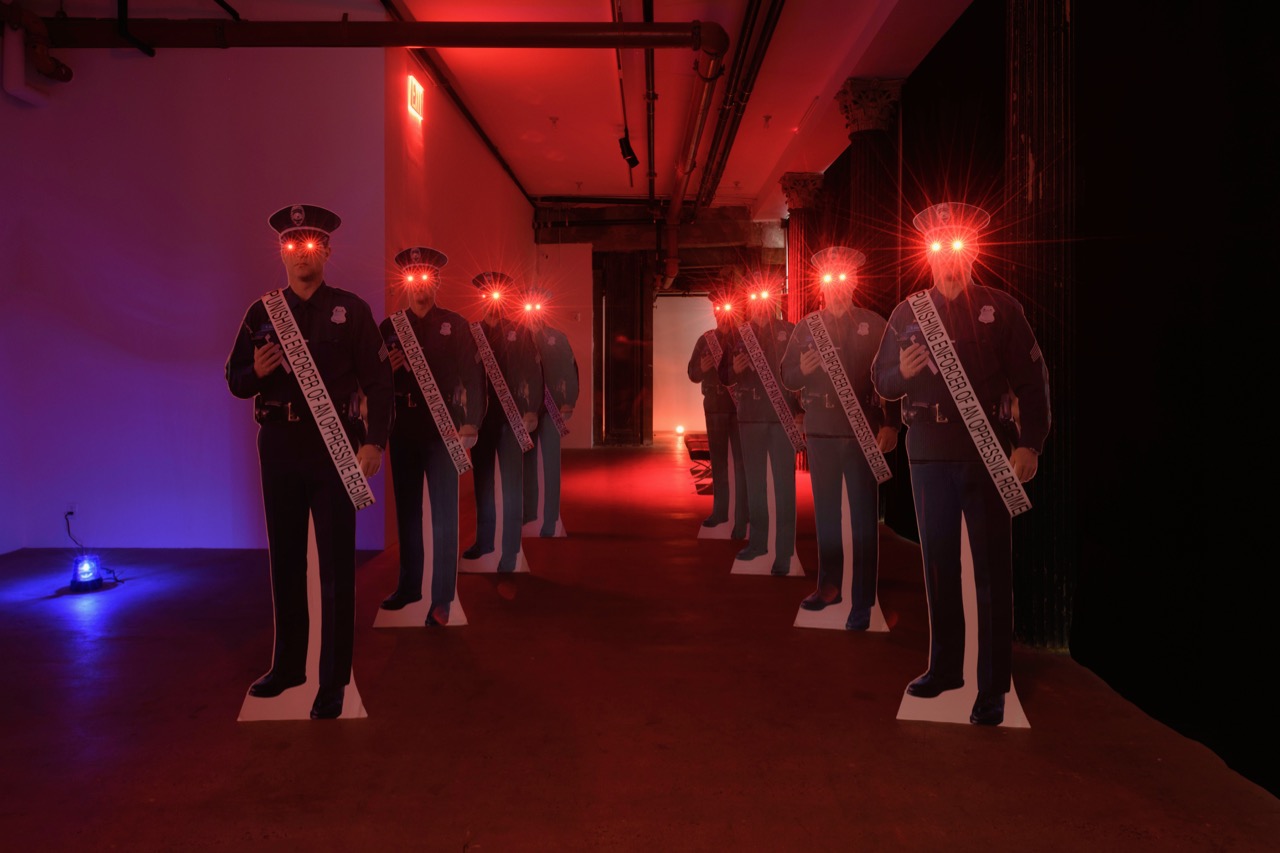 The group’s penultimate exhibition at AFA, Night of the Living Dead Author (1998), presented in the cavernous lower level of the Artists Space show, points to a darker direction (literally) with rows of cutout cardboard police officers bathed in subdued light. Content-wise, the work merged reflections upon Giuliani’s assault on daily life, and the racialized police misconduct accompanying it, with postmodern critique (pace Roland Barthes’s famed 1968 essay, “The Death of the Author”). In a few years, AC2K would disband. In the aftermath, contemporary art became flashy, celebrity-studded art fairs, NetJets-ing collectors, a proliferation of biennial exhibitions and globe-trotting curators accompanying them. This is territory that AC2K, had they stayed together, might have probed with critical aplomb, and I would have been curious to see where it might have led. Yet in many respects, their dissolution (thus giving up the success they attained as very young artists) before the global economy took firm hold, not to mention the ubiquitous and indulgent self-promotions of social media, best expresses the project that was AC2K. It was never a means to an end; rather, it was, from the outset, an end. So long . . .

Janet Kraynak teaches in the Department of Art History and Archaeology at Columbia University, where she is also the director of the MA Program in Modern and Contemporary Art: Critical and Curatorial Studies. Her most recent book, Contemporary Art and the Digitization of Everyday Life, was published by the University of California Press (2020).