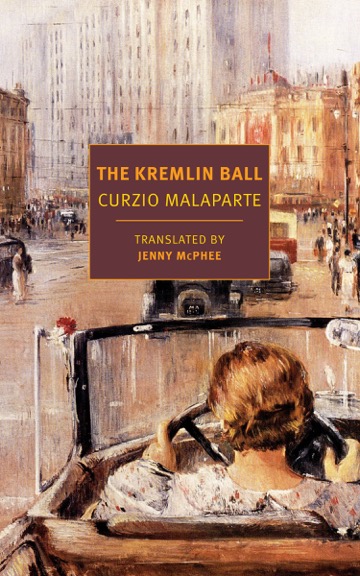 While he no longer commands the same lines he did during communism, Lenin, asleep in his tomb, still draws tourists to Red Square. To pay their respects, visitors file past the graves of Soviet luminaries and down into the vault, where the air is chilly and speech is forbidden.

Lenin is smaller than one would expect, and little about his physical presence suggests, as Curzio Malaparte writes in his novel The Kremlin Ball, that “one cannot understand the underlying meaning of the Russian Revolution if one hasn’t seen Lenin, either dead or alive.” His cheeks are rouged, his tiny red goatee carefully combed, and his skin is reminiscent of nothing so much as a candle. “Everyone knows in Moscow that the embalming of Lenin was performed in a hurry and badly,” Malaparte continues. “After a few months of lying in his glass coffin, it became clear that the mummy was decomposing, crumbling, becoming flaky, soft to the touch, damp and spoiled.” Even by 1929, the year in which The Kremlin Ball is set, the revolution had assumed a moribund quality.

Many pages can be dedicated to Malaparte’s fascinating and politically fungible life (the definitive biography to date, Maurizio Serra’s, has yet to be translated into English), but I’ll keep things short. Malaparte was born Kurt Suckert in 1898 to a German father and Italian mother, and rose to fame as the founding editor of the literary journal Perspectives. (He changed his name to pun on that of a notorious French emperor.) A fascist-turned-communist and adept social climber, Malaparte was reprimanded multiple times by the Mussolini regime—once for insulting the minister of aviation, another time for titling a book chapter “A Woman: Hitler.” Following a period of exile he built the Casa Malaparte on the island of Capri, a dramatic cliffside home that would star in Jean-Luc Godard’s Contempt, and which he left to the Maoist People’s Republic of China upon his death in 1957. When WWII broke out, he reported for Corriere della Serra on the Russian fronts, and later on the liberation of Florence.

What Malaparte witnessed during his time as a journalist provided him with material for his two best-known novels, Kaputt (1944) and The Skin (1949), which coolly, even gleefully, detail outrageous wartime atrocities against the backdrop of decaying old-world Europe. The novels take real events as their points of departure, and when they depart they do so violently. For instance, while it is true that American soldiers stationed in Naples ate the exotic fish in the local aquarium, contra The Skin they were never served a boiled child dressed as a mermaid. (At least, not that anybody knows of.) Scenes such as that one explain why many of Malaparte’s books were banned in parts of Catholic Italy, and why, until New York Review Books started translating him a little more than a decade ago, he was broadly unknown to English readers. Amorality is central to his aesthetic, which often edges a bit too close to reality. The already fuzzy line between fiction and reportage is further distorted by the fact that Kaputt and The Skin are both narrated by an alter ego named Malaparte, who, like his namesake, enjoys the company of high society and takes little interest in its moral failings.

Malaparte began writing The Kremlin Ball in 1946 as a section of The Skin, but by the time he stopped working on the Kremlin manuscript in 1950 to try his hand at playwriting it had become its own project. The separate novella was published in Italy several years after his death; this new release marks its debut in English. Though technically unfinished, one wouldn’t know that without reading the foreword. A Dantean account of a young Marxist visiting Stalinist Russia, it is, like his previous novels, surreal and quasi-journalistic. The narrator, Malaparte’s alter ego, is there to do book research, and to see for himself the workers’ paradise. “I was looking for sincerity and coherence in the lives of the people,” he writes. He arrives early in Stalin’s first five-year plan, and in lieu of a classless society Malaparte finds what he calls the ancien régime of the Communist Revolution: an aristocracy amusing itself with infidelities and imported fashions. “I came to Moscow convinced that it was an anti-Europe, or even just an alternative Europe,” our narrator tells us, “but had the painful realization that the whole Soviet nobility nurtured for Europe . . . an unconditional admiration.”

This may sound like dashed idealism, but Malaparte’s acerbic worldview, captured in his dark observations about the Soviet elite, make any claim to optimism seem suspect. There are Goncourt-style accounts of embassy balls and rides with grotesque dignitaries in decrepit carriages. When he is not documenting the anemic characters that populate this world, our hero walks the streets of the city. Death hangs in the air in Moscow, even before the purges. Malaparte is accosted by a young woman who desperately tries to sell him her used underwear; he visits a Soviet official who, waiting to be prosecuted for her political affiliations, stinks of rotting flesh. He goes to Mayakovsky’s apartment hours after the poet commits suicide, only to be kicked out by an incoming tenant.

There is certainly less shock value in The Kremlin Ball than in Malaparte’s other works (no cannibalism, pedophilia, or orgies). Instead, the novel invokes Dostoevsky in its attention to the fatalism at the heart of Russian society. In communism, Malaparte sees a system that obliges Russians to suffer for others while disempowering the people. This turns the populace into something like zombies, and makes Moscow society “the mirror image of European society but dominated by fear.” In a scene at the Bolshoi Theater, the narrator looks around at the Soviet elite, including, glancingly, at Stalin, and sees them as corpses. Russia, he realizes, must reckon with the fact that “communism can do nothing against the supreme wretchedness, the supreme nakedness, the supreme loneliness, the supreme degradation of death.” Though death’s byproducts fuel the modern world—corpses, he writes, “were used scientifically, chemically; the fat, the pus, the bones, the hair were made into pills, medical ointments, pharmaceuticals”—it remains the ultimate shame of communism. It is the single thing that cannot be overcome. Yet the fight for immortality continues. Every day, people line up in Red Square to see it.

Jessica Loudis is the editor of World Policy Journal. Her criticism and essays have appeared in n+1, the New York Times, the Times Literary Supplement, Bookforum, the New Republic, and many other fine publications.