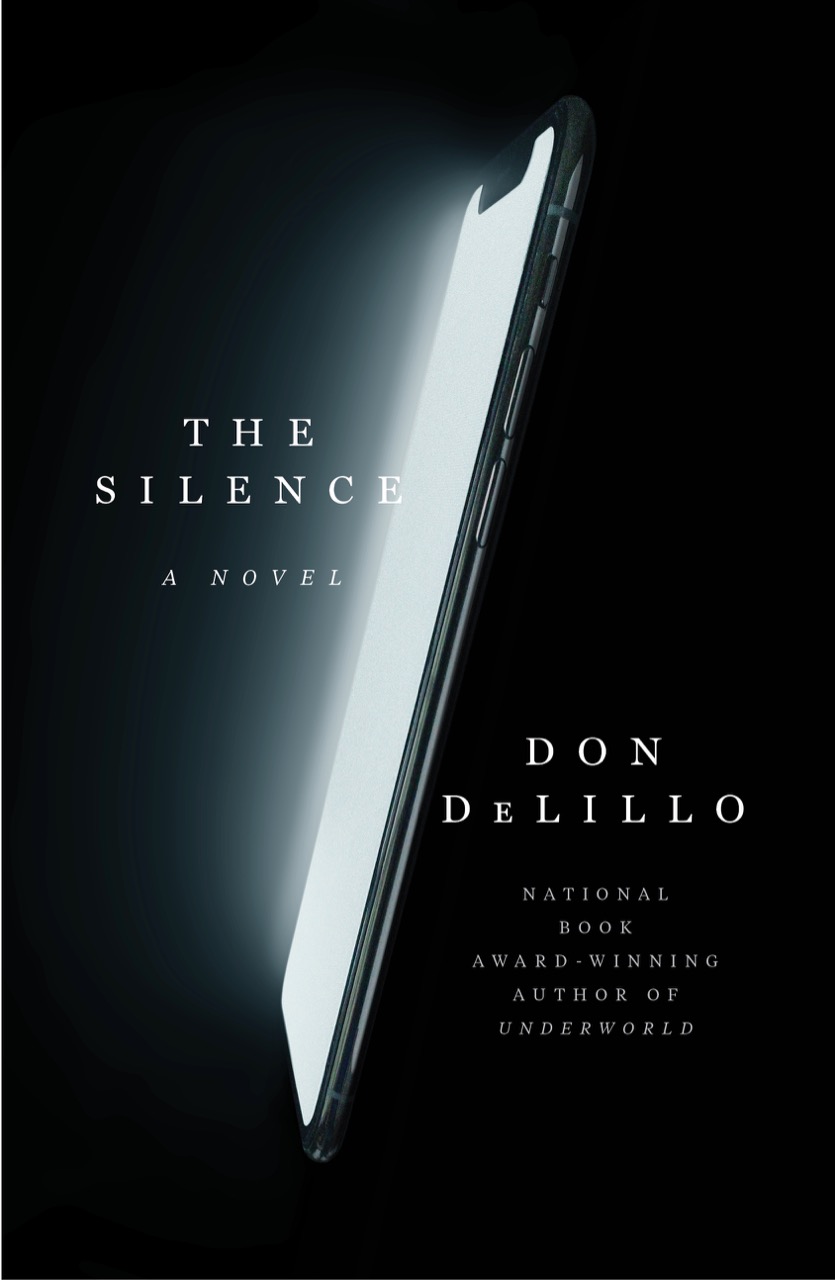 Five Octobers ago, a sixty-two-year-old man named Reg Foggerdy became lost in the Australian desert, searching for a camp called Shooter’s Shack while on a trip to hunt camels. After he was found, dehydrated and delusional, perhaps due to having consumed game no bigger than black ants for six days, his sister reassured the press that she intended to purchase Foggerdy a satellite phone. Her implication was that the rescue mission had been avoidable, and not only because Foggerdy had wandered into a desert wearing thong sandals. Mobile telecom had effectively retired the act of getting lost, in space or in the broader sense of cognitive uncertainty.

The Silence, Don DeLillo’s seventeenth novel, takes up this proposition and subjects it to a crash diet. In what may be the most high-concept book of his nearly fifty-year career, the plot’s inciting incident is the abrupt outage of all electronic screens. If mobile devices have become our compasses to knowledge, what ensues is a “more or less unthinkable” evacuation of an only ever notional reality. “What do we do? Who do we blame?” one character babbles before adding, “E-mail-less. Try to imagine it.”

And so DeLillo does. On a flight home from Paris, Jim Kripps mumbles arrival times as he reads them from a screen. His sometime-poet wife Tessa Berens journals as they banter. Their married friends Max Stenner and Diane Lucas sit at home anticipating Jim and Tessa’s arrival with Diane’s once-student Martin Dekker, a devotee of Einstein’s 1912 Manuscript on the Special Theory of Relativity. Jim and Tessa’s airplane shudders. Screens blank. “Are we afraid?” Tessa asks.

This is delicious timing for the cult of DeLillo. The moment recalls End Zone, the author’s 1972 campus novel in which a student’s pathologized sense of signification elides the edges between the meaning of football and nuclear war; in The Silence device screens go black on Super Bowl Sunday 2022, Martin declaring, “Nobody wants to call it World War III but this is what it is.” His speculation also constitutes the punchline to an extended joke of sorts, capsizing the book’s Einstein epigraph: “I do not know with what weapons World War III will be fought, but World War IV will be fought with sticks and stones.” If words will never hurt, it follows, what will the silence do?

As it turns out, not a lot but more acutely, which is what provides the novel’s nervy inertia. Jim and Tessa still do go to Max and Diane’s, now after the outage, in Jim’s words, “us, barely.” Max stares into the enervated television screen. Diane does not do an inappropriate, sexy thing—though DeLillo brilliantly maneuvers language to make her fantasy ride the boundary of virtuality. A few times, someone comments that they’re waiting. In the author’s signature style, distilled half-thoughts make their way into elliptical dialogue or accrete in anxious meditations. “Our systems of surveillance, our facial recognition devices, our imagery resolution,” a woman rattles off shortly after the blackout. “How do we know who we are?” And through these scenes, tension pulls across the textual divide, that is, in the frisson between the characters haltingly, scarcely being and the narrative convention in which something must give.

This will disappoint some readers. When Roger Sale reviewed End Zone, he supposed that “to say that End Zone is a book where nothing can happen to anyone is to state both its vision and the limits of its effectiveness.” Yet DeLillo has often shrugged off the requirements of “effective” fiction—“effective” more or less now a middlebrow shorthand for narrative associated with cathartic feeling or helping the reader feel less alone, a tepid quality that seems to have gained cultural currency ever since David Foster Wallace named it as what recommends literature over the pleasures of television.

DeLillo’s engagement with affect, instead, has often taken the form of a numb charge, which the novelist Charles Baxter confessed to being reminded of by the “importantly autistic” aura of spectators at a Marina Abramović exhibition. Rather than enunciating emotional arcs of satisfactions and reversals, DeLillo’s books tend to run on an inability to experience experience as experience, something like a quasi-amnesia for the present. This appears in the catatonia around the periphery of a cult’s mass wedding (Mao II), in multiple rewatchings of Texas Highway Killer videos (Underworld), and in a fictionalized Lee Harvey Oswald struck by the possibility it’s funny that he slits his wrists on the evening of his failed defection (Libra).

What DeLillo has always known is that an assassin’s funny is a postmodernist’s alienation, and his fictions hew toward a narrative structure that looks less like Freytag’s Pyramid than a shape dictated by Guy Debord’s observation that “behind the masks of total choice, different forms of the same alienation confront each other.” Like the people in Einstein’s metaphor who aboard a uniformly moving windowless train cannot detect its motion, the characters in The Silence are unsure what is happening. They do not know if what’s occurring could be said to be an event at all or if—as Diane tries to quip—it’s the end of world civilization. And so, they do not do.

Halfway through the novel, there is an unattributed musing, presumably that of Martin. In the meditation, “clear” but “invisible” threats such as cyberattacks and biological offensives are listed off before the question is posed whether it’s not peculiar that many in the novel have accepted “the shutdown, the burnout.” He wonders if there is, in fact, some nostalgia for oblivion that at least seems like oblivion. In the Information Age, after all, Jim can compulsively track the speed of his plane’s descent, though danger never registers in geographical position systems, or any other device. Theirs is a prolonged epistemological crisis.

Jean Baudrillard once suggested that if the near-perfect crime is the murder of reality and the perfect crime is saying nothing, it is artists who turn away from the perfect crime to leave traces of the real behind. In the austere mischief of DeLillo’s novel, what is real is that no matter how long Max stares at the black box of a dead screen on Super Bowl Sunday, it will not reveal who’s truly lost. It never did.

Tracy O’Neill is the author of The Hopeful, one of Electric Literature’s Best Novels of 2015, and Quotients, newly out from Soho Press. In 2015, she was named a National Book Foundation 5 Under 35 honoree and long-listed for the Flaherty-Dunnan Prize. She was a 2012 Center for Fiction Emerging Writers Fellow. She holds an MFA in fiction from the City College of New York and a PhD in communications studies from Columbia University.