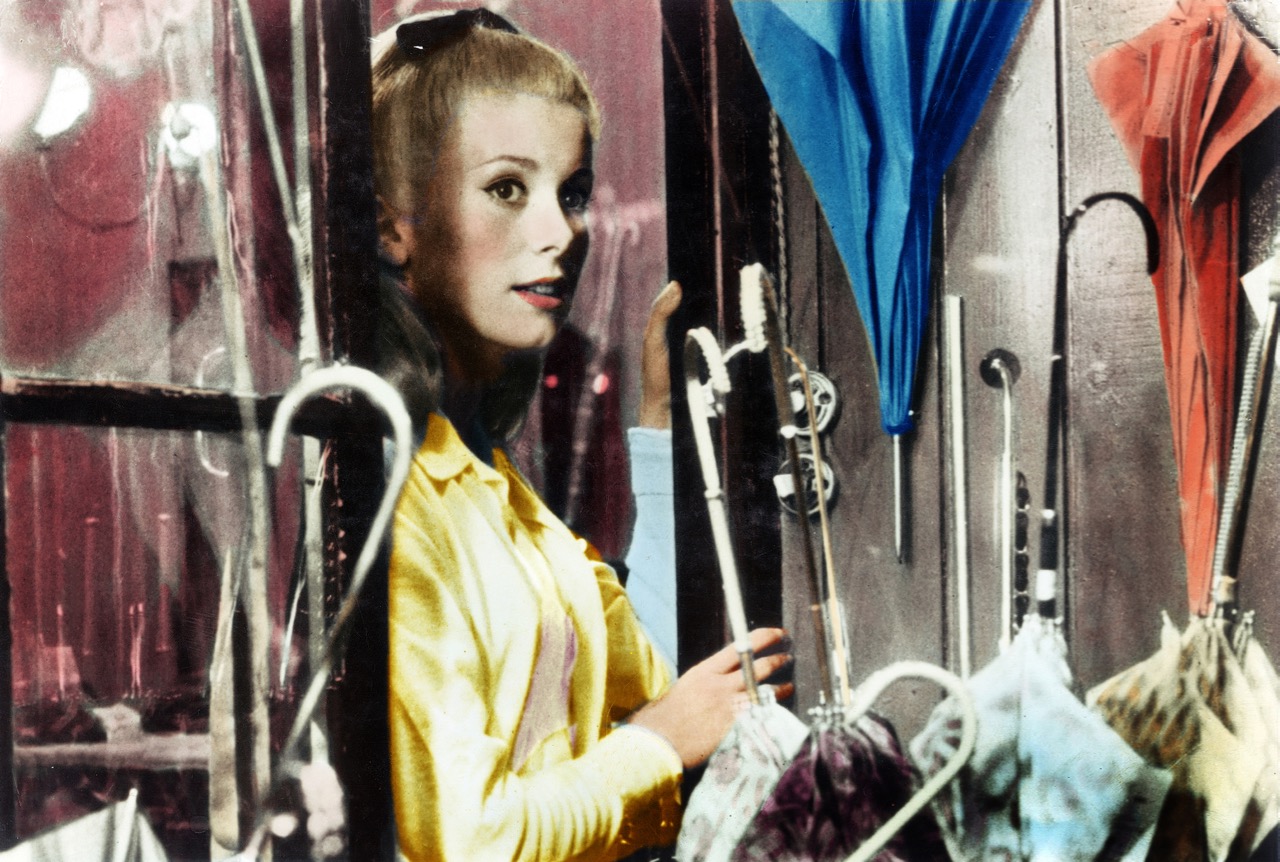 The Umbrellas of Cherbourg. Photo: Photofest.

The American musical theater and the talking—or, rather, warbling—picture came of age together, in the watershed year of 1927, which brought both Oscar Hammerstein II’s Show Boat and Al Jolson’s The Jazz Singer. Ever since, there has been a persistent tendency to think of the razzle-dazzle musical film as American national property, the enormous popularity of tune-driven Bollywood notwithstanding. In her 1969 essay “Trash, Art, and the Movies,” Pauline Kael bemoaned the failings of French choreography en route to making a swipe at Jacques Demy’s The Young Girls of Rochefort (1967) as a film that “demonstrates how even a gifted Frenchman who adores American musicals misunderstands their conventions”—failing to comprehend that Demy was connected to his own national tradition, and creating a set of conventions that belonged only to him. 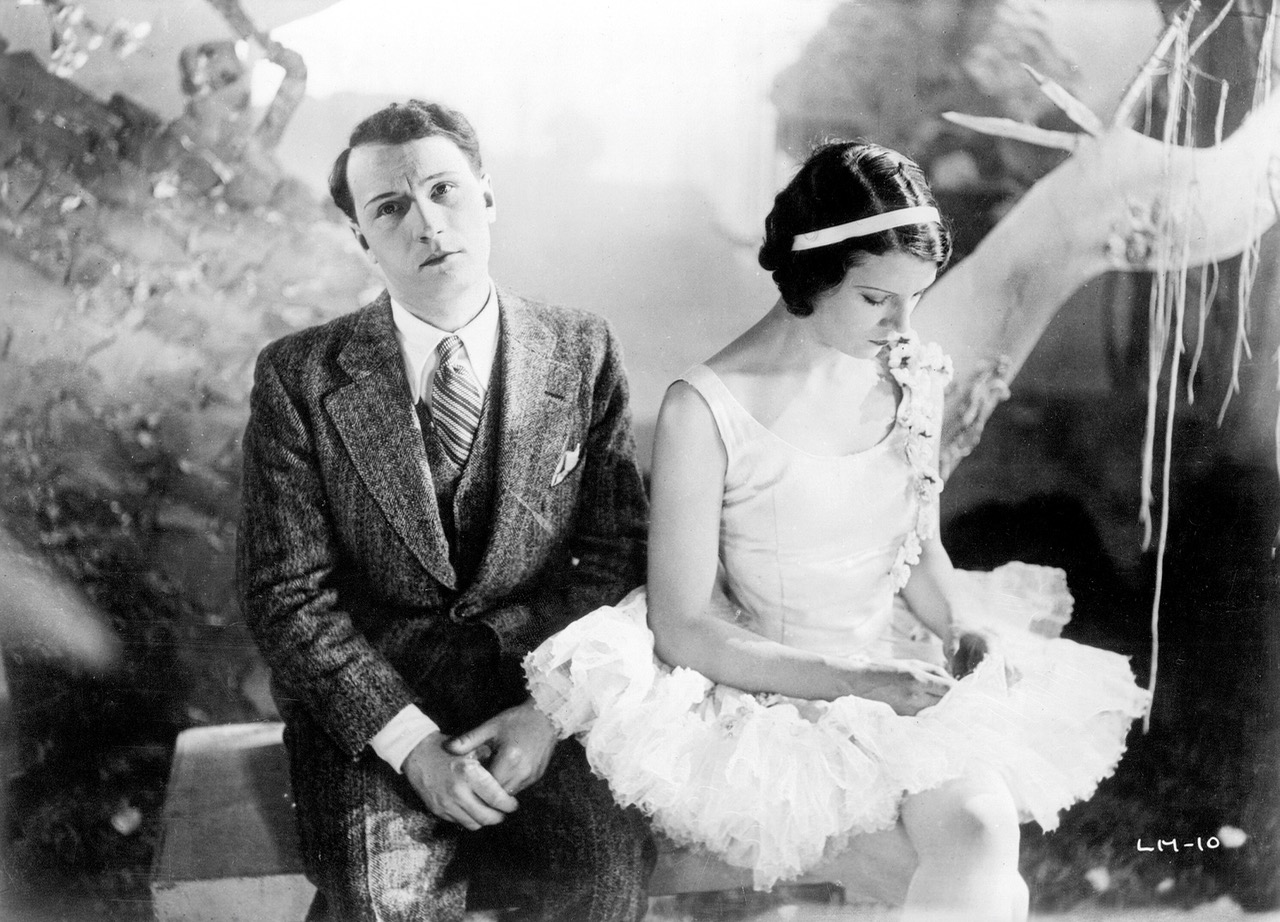 “The Whole World Sings: International Musicals,” a weeklong, thirteen-film series at the Quad, is an education in song-and-dance practices outside the Hollywood one. India is here, represented by Guru Dutt’s swoony Pyaasa (1957), as is France, whose large contingent includes Demy’s all-singing, pastel-painted The Umbrellas of Cherbourg (1964)—the template for Damien Chazelle’s La La Land (2016), but don’t hold that against it. The French musical tradition is in fact nearly as venerable as the American: René Clair’s Le Million (1931) is the earliest movie in the lineup, one that uses its soundtrack for ingenious, innovative, and often ironic contrapuntal effect, as in a sequence where lovers reconcile amid an opera house’s flats, their canoodling soundtracked by a saccharine love duet being performed onstage. Clair’s film is a foundational text of sound cinema, as important to the history of the musical as American-made touchstones like Rouben Mamoulian’s Applause (1929) or Love Me Tonight (1932), the latter set in Paris and starring French import Maurice Chevalier. 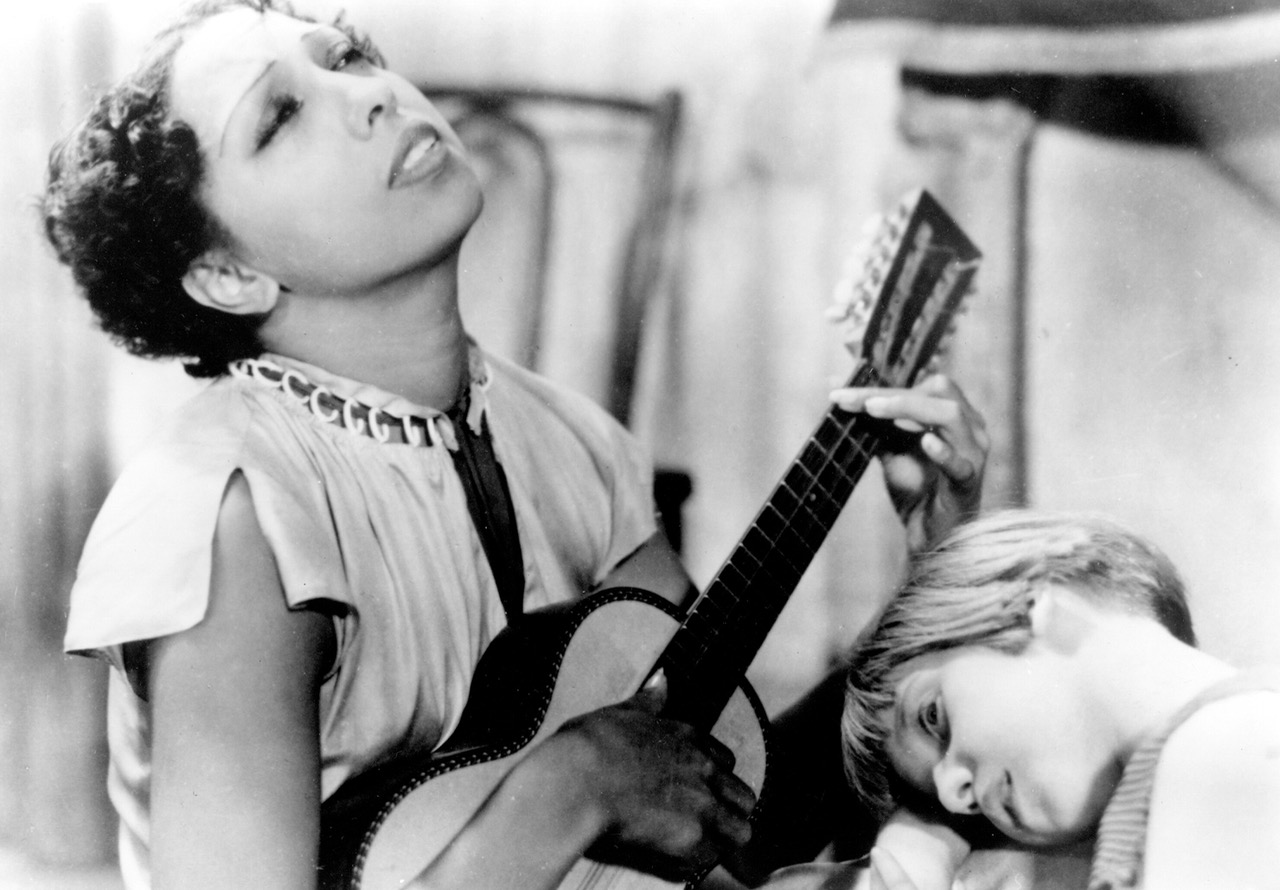 Marc Allégret’s Zouzou (1934) relies on another transatlantic talent exchange. The film was a star vehicle, the first, for Josephine Baker—an African American child of St. Louis’s blighted Mill Creek Valley neighborhood who’d become a sensation in Paris with a sexy, jungle-themed revue. The movie has leggy, hyper-charismatic Baker rising from humble laundress to stage star, a dynamo whether she’s mimicking the world-weary mannerisms of a stage diva to the delight of her coworkers or admiring the giant shadows thrown by her body in feats of playful contortion. By the end of her ascent Baker has everything but the guy—her companion of childhood, played by Jean Gabin—and the film closes with her pining for Haiti from a gilded cage. Like Le Million, Zouzou benefits incalculably from the art direction of Russian-born genius Lazare Meerson, who died prematurely at the age of thirty-seven, and whose contributions here include an enormous bed set and a dreamy reproduction of the banks of the Seine. 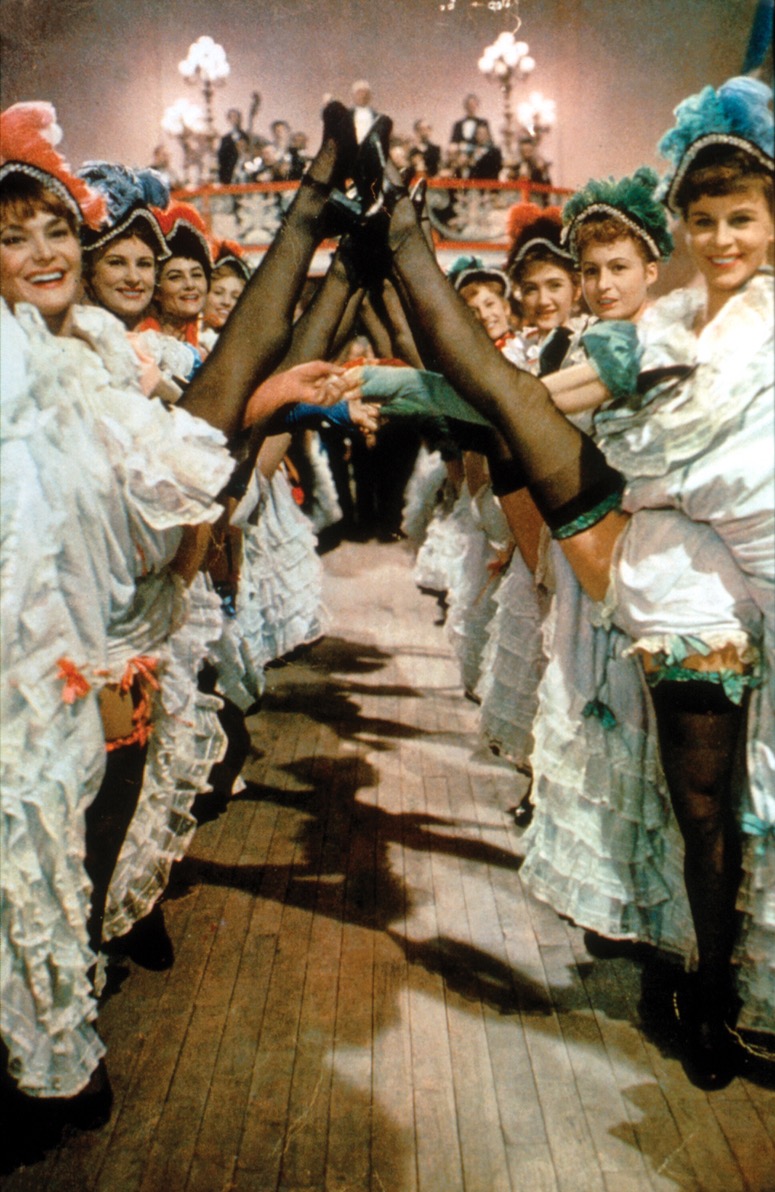 Gabin, the archetypal French tough guy, began his career as a saucy Chevalier-esque singer in Paris music halls; even in a gangster picture like Pépé le Moko (1937), he would still find time to belt out a number. This personal history is drawn on in French Cancan (1955), Gabin’s last collaboration with director Jean Renoir, in which he plays an impresario on the skids in a stage-bound simulacra of the belle époque Montmartre that Renoir had known from his early youth, here already rapidly gentrifying. In the Brussels of Chantal Akerman’s Golden Eighties (1986), the process of paving over the old boulevards is complete, and corner shop has given way to shopping mall, the enclosed, climate-controlled world that acts as stage for a series of romantic roundelays. Leave it to Akerman to bury a reference to the Holocaust at the heart of a shiny synth-pop/doo-wop musical, one whose final smiling-through-tears monologue by Delphine Seyrig (“You’ll see. We’ll all be happy”) is unspeakably moving, particularly in light of director Akerman’s known struggle with depression. 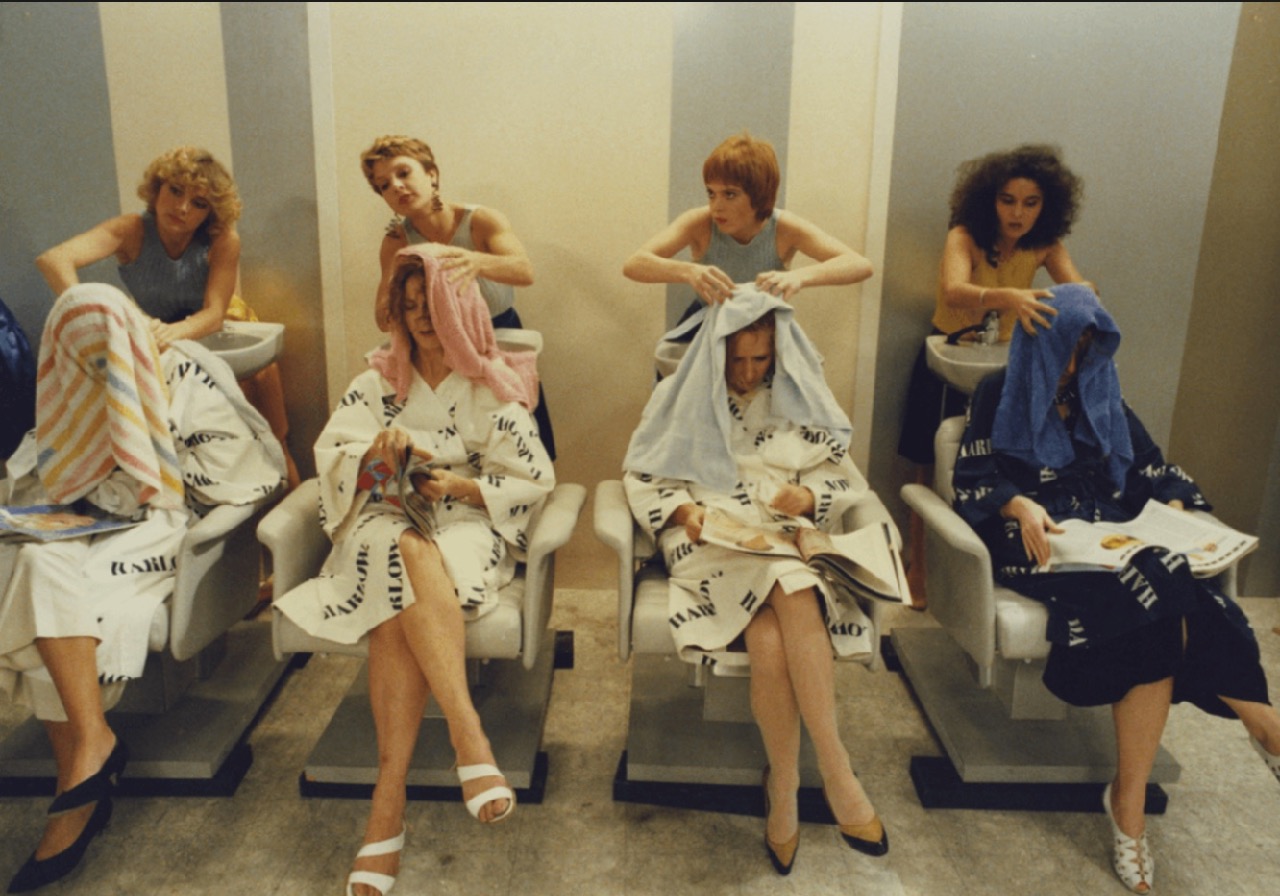 The French-language films gathered here are unified by a connection to work, to expressing the yearnings of the industrious classes rather than reveling in ballroom glamour. The plot of Le Million is set in motion by the imperative of overdue grocery bills and recounted by a chorus of tradespeople; Zouzou and French Cancan feature laundry workers elevated to stage celebrity; The Umbrellas of Cherbourg and Golden Eighties both look affectionately at two generations of petit bourgeois shopkeepers—and, moreover, leave a bittersweet aftertaste that is distinct from that of the average classical American musical. Such working-class allegiance is hard to find today in the white-collar West: where Demy’s film ends with male lead Nino Castelnuovo operating a service station, La La Land ends with its star-crossed lovers comfortably ensconced in wealthy, well-tailored melancholy. 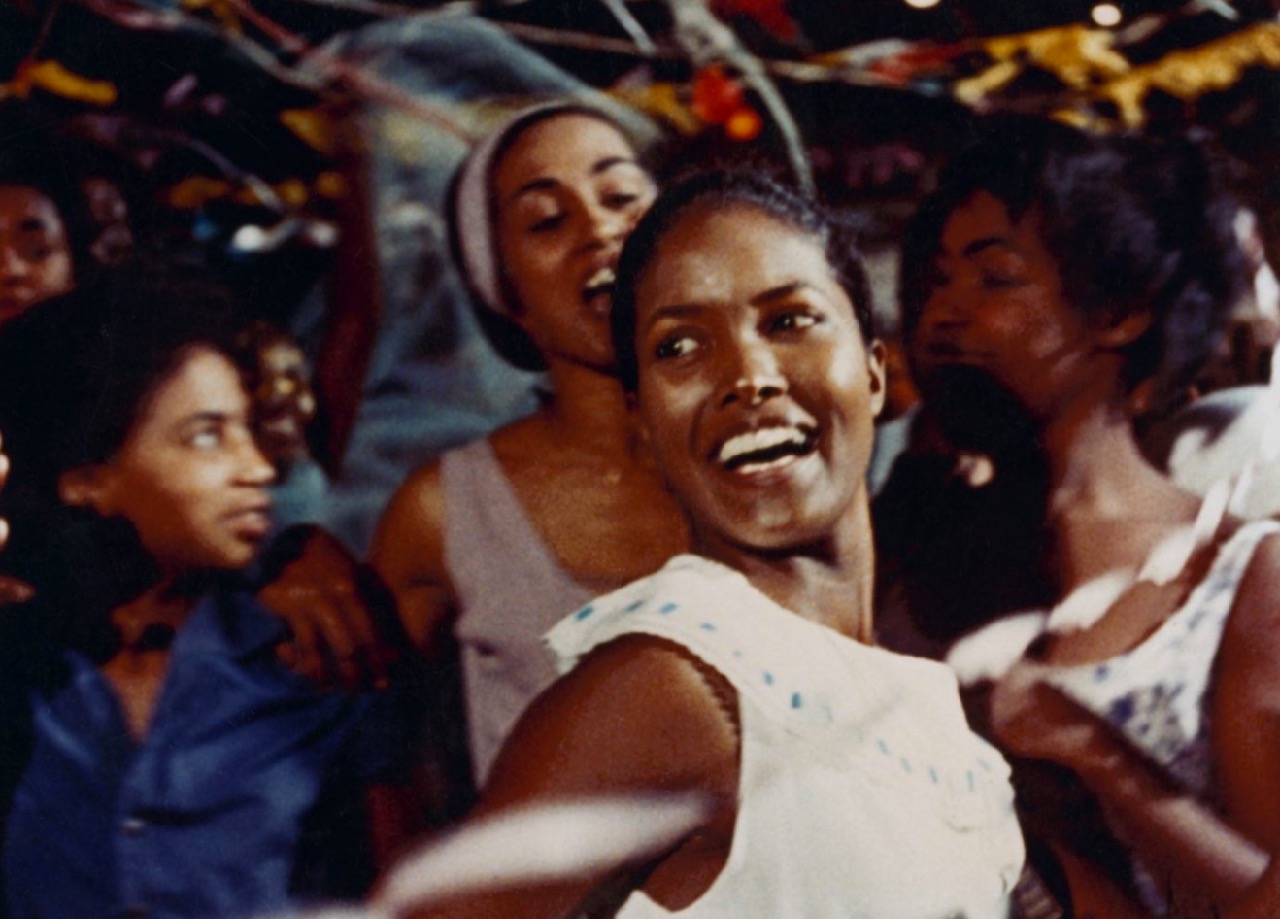 Marcel Camus’s Black Orpheus (1959) is an outlier among the French titles here, shot on the grounds of the majority-black Leme favela of Rio de Janeiro, amid the confetti-splashed madness of Carnaval. The film is valuable as a document of these locations, though its admixture of neorealist grit and mythological mystique seems phony and over applied in comparison to what Pier Paolo Pasolini accomplished only two years later in his drama Accattone, turning small-time Roman pimps into figures worthy of sacred art. By contrast, Han Hsiang Li’s Shaw Scope The Love Eterne (1963) is a work of total lacquered artifice that feels completely authentic within its fabricated atmosphere, and on its own emotional terms. A classic of the huangmei diao (or Huangmei opera) genre, sung period pieces that enjoyed a popularity in films of the 1950s and 1960s, The Love Eterne follows the slow-blooming love affair between two students, one male, the other secretly a cross-dressing female—though both are played by actresses, Ivy Ling Po and Betty Loh Ti. (This is the series’ second gender-bender, along with Reinhold Schünzel’s 1933 Viktor und Viktoria, which palpably feels like a goodbye to the Weimar-era “anything goes” spirit.) 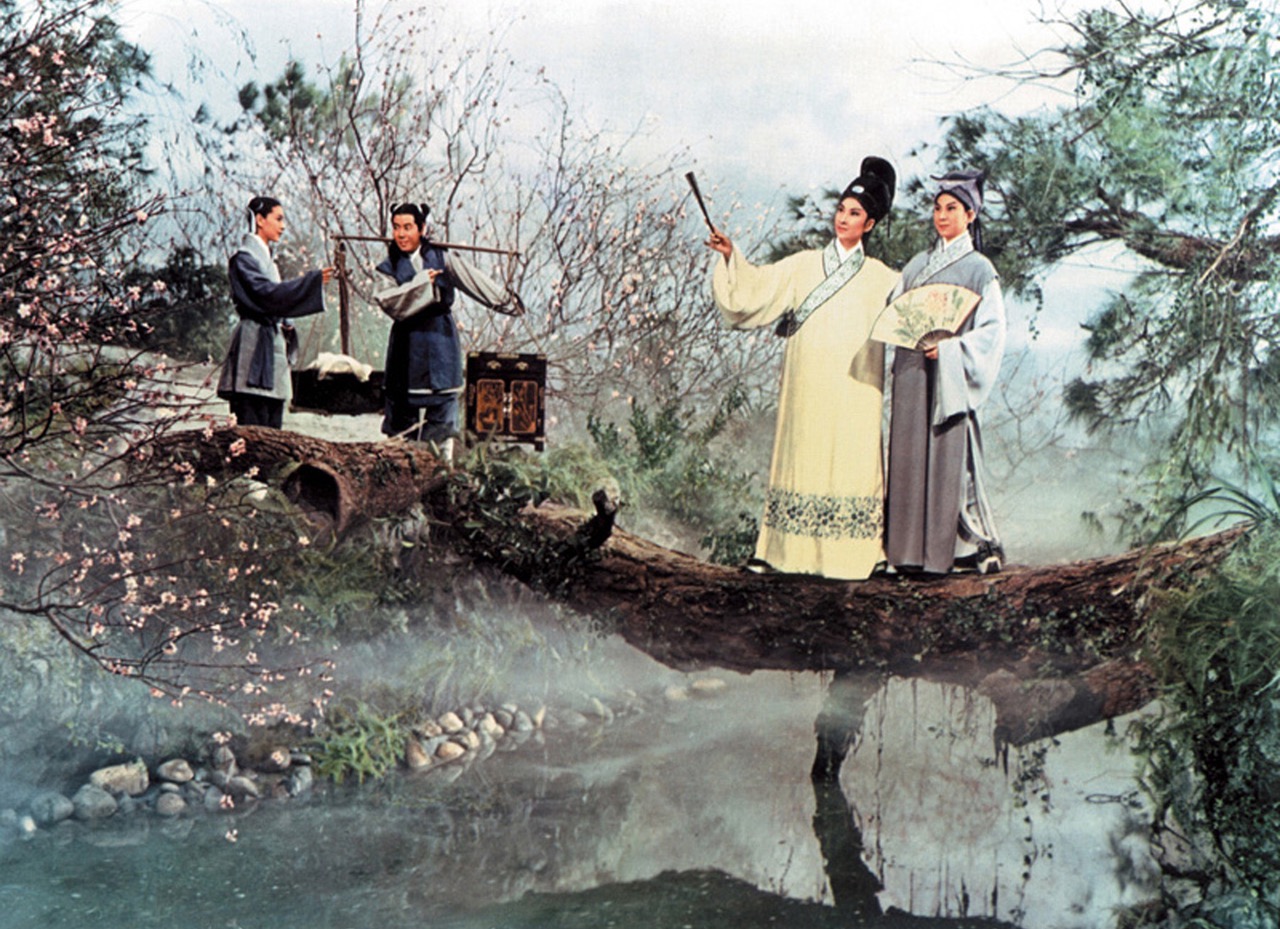 The Chinese-language cinema never wholly shed its musical side—Hong Kong and Taiwan actors were practically expected to have careers in Cantopop even in the heyday of fist and sword, much as French actors very often double as chanteurs and chanteuses. Li’s assistant on The Love Eterne was King Hu, who in a few years would go on to revolutionize the wuxia martial arts film, the rise in popularity of which corresponded to the fading of the huangmei diao—though in its emphasis on the set piece, the big fight as opposed to the big number, wuxia might be thought of as the continuation of the musical by other means. The Love Eterne’s fantasia of a mist-wreathed Jin dynasty China is one of the more fabulous creations in a series that abounds in soundstage confections—closed sets that open to the whole wide world.

Nick Pinkerton is a Cincinnati-born, Queens-based writer. His writing appears regularly in Artforum, Film Comment, Sight & Sound, Frieze, Reverse Shot, and sundry other publications, and in areas of interest, he covers the waterfront.