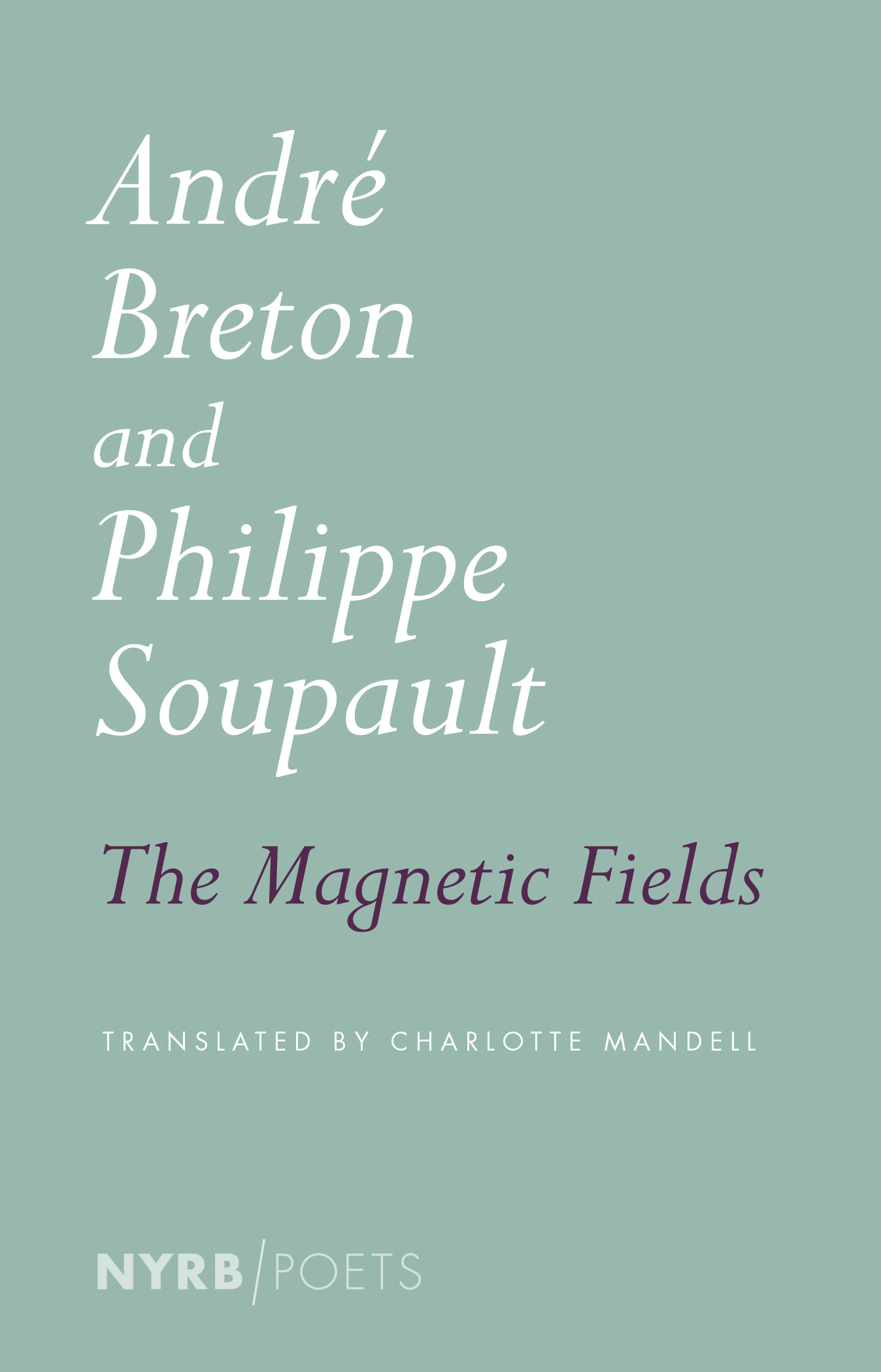 Published exactly one century ago and generally considered Surrealism’s foundational document, The Magnetic Fields, like all disruptive innovations, had many antecedents. Automatic writing, or writing without conscious control or censorship, had been practiced in literature since at least the eighteenth century by the likes of Walpole and Carlyle, and by the nineteenth it was being used as a tool of psychiatric treatment. Victor Hugo, another early adopter, described such utterances as coming from “the mouth of shadows.”

And in fact, though labeled a book of prose poems, The Magnetic Fields has its roots more in psychiatry than in belles lettres. Serving in a trauma ward during World War I, André Breton, Surrealism’s future cofounder, had been galvanized by the verbal flood of his shell-shock patients—disjointed, chaotic, but rich in unorthodox phrasings and imagery. As he later recounted, “I resolved to obtain from myself what we were trying to obtain from them, namely, a monologue spoken as rapidly as possible . . . which was, as closely as possible, akin to spoken thought.”

In the spring of 1919, Breton and fellow poet Philippe Soupault spent a week cloistered in a hotel room, coaxing phrases from the shadow’s mouth through a variety of techniques, including writing in an uninterrupted flow and spontaneous dialogues. The result left the authors exhausted but exhilarated. Breton said they “lived in a state of euphoria,” while Soupault (despite his more skeptical view of the proceedings) felt “marvelously liberated.” Their hastily scribbled sheets abounded in a thrilling jumble of fancy, personal reminiscence, wacky juxtapositions, and phrases that still sound new a hundred years after the fact: “You know that tonight there is a green crime to commit.” “Cathedral sweat superior vertebrate.” “The operator, in order to photograph certain plants, is obliged to hold a fan and must pretend to be dancing.” “Stiff stalk of Suzanne uselessness especially village of flavors with a lobster church” . . .

Even more astounding than the imagery, said Soupault, was “the involuntary and extraordinary humor that sprung out at the turn of a phrase. We burst out laughing.” And indeed, from the first sentence—“Prisoners of drops of water, we are nothing but perpetual animals”—through such reflections as “God the Father’s will to greatness does not go beyond 4,810 meters in France,” there is plenty of humor in these pages—of, as Breton put it, an “offensive, wholly new, absolutely savage” type.

Most of all, this resolutely collaborative production stood against the vanity and careerism of individual authorship; Breton called it the first attempt to “adapt a moral attitude, and the only one possible, to a writing process.” The text itself is peppered with readymade phrases, advertising slogans, twisted proverbs, and pastiches of such admired predecessors as Rimbaud, Apollinaire, and Lautréamont, whose pluralistic credo, “Poetry must be made by all. Not by one,” anticipates the sampling aesthetic by a century. But the intensity was draining, and as the book moves toward its final pages and the writing becomes increasingly frenetic, you can almost feel the burnout taking hold. After eight days, fearing for his and Soupault’s sanity, Breton terminated the experiment.

Whether or not The Magnetic Fields truly captures spoken thought is open to debate. The problem for a translator is that, regardless, an automatic text claims to lay bare the mental process that generated it. And while the linguistic components ultimately remain the same as with any text—vocabulary, syntax, tone—there are challenges that stud these particular fields with more than the usual landmines. Without the safeguards that normally govern a translator’s choices (does a given wording make sense in the context?), the text abounds in pitfalls, many of which Charlotte Mandell avoids in her new translation of the book, even as she tumbles headlong into others.

Some of these missteps are due to simple lapses in background knowledge. It’s probably only through having researched Breton’s life and read his private papers that I know that the phrases elle va tourner and plateau sonore, translated here as “she will turn” and “sonorous stage,” should in fact be “she will shoot,” in the cinematic sense, and “soundstage”: glimpses of an earlier love affair with an aspiring actress. Or that “he must necessarily have retraced his steps” would better be rendered “he was forced to turn back” (i.e., to die), in memoriam for Breton’s friend Jacques Vaché, whose suicide was the single most devastating event of his young adulthood. But other choices are more puzzling. To cite just a few: livres de prix refers not to “valuable books,” as Mandell has it, but books given as scholastic prizes; en rase campagne is a set phrase meaning “in the open country,” not “on the full warpath”; “we laugh with tears” is more commonly expressed “laugh until we cry”; “prisoners reprieved for good behavior” are usually “pardoned” or “given time off”; someone lamenting his friends being changed “into salt statues” might prefer the phrase “pillars of salt”; and so on.

These last examples point to my biggest reservation about this translation: it simply doesn’t sound like automatic writing. True, the oddball imagery and non sequiturs are preserved, for the most part. What’s too often missing is the tone, the aura, that gives the text its peculiar tang; the verve and manic energy that, in French, sound like two excitable young men scribbling as fast as their pens will carry them—though, to be fair, Mandell’s version is a marked improvement over David Gascoyne’s fussier one from 1985. In part this dissonance has to do with her decision to adhere to the original syntax, an overreliance that slows things down: “we’ve been pouring out things for it to drink” seems a roundabout way of saying “we’ve been pouring it drinks.” But more than this, Mandell’s phrasings lack the spontaneity and naturalness that come with uttering the first thing to pop into your head—yielding a text that reads like a deliberate translation, rather than like brilliantly unfettered ramblings.

The Magnetic Fields was hardly the last unconscious word, of course. The Surrealists continued to practice automatic writing for nearly another decade, until, as with all innovations, familiarity bred cliché. Breton later denigrated the entire enterprise as a “continual misfortune,” but even then, automatic phrases continued to turn up in his writing for the rest of his life. The mouth of shadows would not be silenced. What it has yet to do, at least as far as this seminal work is concerned, is speak convincingly in English.