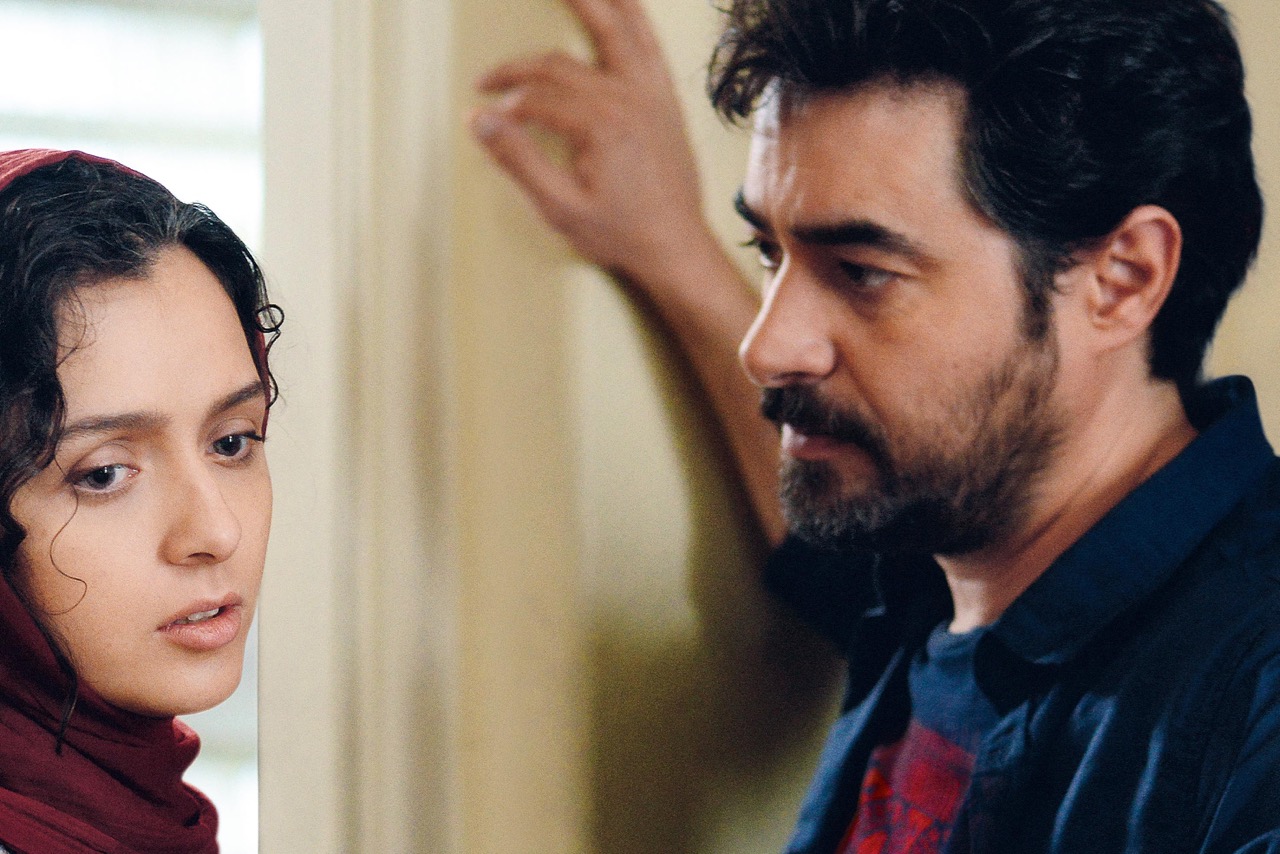 Still from The Salesman, by Asghar Farhadi. Image courtesy of Curzon Artificial Eye.

The pressures of trend spotting at a film festival can compel a critic to preposterous comparisons. At Cannes I once paired two utterly dissimilar biopics, one about Princess Grace of Monaco, the other Heinrich von Kleist, because both chronicled the final days of an unhappy artist who died prematurely and—rarefied parallel!—involved a foreign political crisis precipitated by French taxation policies.

No such analogical delirium was necessary to detect the connections in a troika of films directed by revered art-house masters at this year’s Cannes: Asghar Farhadi’s The Salesman, Cristian Mungiu’s Graduation, and Jean-Pierre and Luc Dardenne’s The Unknown Girl. Tales of ethical dilemma and portraits of everyday corruption and bourgeois complicity, all three quotidian thrillers feature protagonists who, confronted with a crime—the assault of a woman for which they feel guilt or seek vengeance—become self-styled detectives, their obsessive investigations variously tinged by vigilantism. In the end, each of the films fails for a similar reason. Celebrated for their resolute adherence to realism and moral ambiguity, the three directors here repeatedly contravene verisimilitude with narrative contrivance—coincidence, didacticism, sheer implausibility—that should, after the films’ appearances on the fall festival circuit, relegate their overwritten allegories to the Graham Greene Multiplex.

From The Salesman’s outset, Iranian auteur Farhadi betrays the reputation for subtlety he established with such studies of domestic discord as his Oscar-winning A Separation. The new film’s first image focuses on a rumpled red coverlet soon revealed as a prop in an amateur production of Death of a Salesman. Among the unintentional mysteries of Farhadi’s revenge drama is why the director interleaves his primary tale with several lengthy sequences dedicated to this misbegotten performance, in which Biff improbably appears as a burly bumpkin in bib overalls and beret. Even those unschooled in the meta-theatrical cinema of Jacques Rivette will inevitably attempt to parse the correspondences between the main narrative and the Miller play, and though an actual peddler will find his life threatened (and perhaps ended) during the film’s finale, the diegetic connections appear strained when not merely laborious.

The stage actors playing Willy Loman and his martyred wife Linda are young school teacher Emad and his spouse Rana, who are forced from their Tehran apartment when an earth tremor damages the building. “For once, we’re in luck,” Emad sighs when they quickly secure a new flat, though their good fortune is soon egregiously breached: Rana is sexually assaulted by a client of the former tenant, who was a prostitute (possibly intended as the equivalent of the “chippie” characters Miss Forsythe and Letta in the Miller play). Instead of turning to the police, Emad tracks down the assailant to exact a vengeance that his battered wife finally wants no part of.

Though Farhadi won the Best Screenplay award at Cannes, his programmatic script displays little of his usual visual command, nor does he demonstrate his customary ability with an excellent cast. Burdened by the insistent Miller inserts, the film finally succumbs to its proliferating gaffes. As he flees in his bare feet after leaving some money as payment, Rana’s attacker abandons his phone, his keys, and his pickup truck, the latter of which turns out to be a crucial necessity for his family’s livelihood, though no one thinks to ask him about the missing vehicle for days. One also wonders why that same family would send their venerated old patriarch, overweight and fatally ailing with a severe heart condition, to perform the apartment move that his strapping young son-in-law signed up for. As Willy Loman might observe about Farhadi’s lapses, not enough attention was paid.

Cristian Mungiu’s Graduation also centers on a sexual assault, which occurs within the first eight minutes, reported but unseen as in The Salesman, so that enigma and uncertainty can gather around the incident. The victim is a high school student named Eliza, whose father, Romeo—a portly middle-aged doctor who prides himself on his principled repute—is determined that his daughter escape Cluj and Romania’s endemic corruption to attend university in England. (He naively sees the pre-Brexit UK as a bastion of rectitude.) Overly portentous, Graduation opens with a handheld static shot that records a rock crashing through the family’s apartment window, the first of many unexplained aggressions that suggest someone is stalking Romeo. “We’ve had our share of trouble already,” he wearily tells his aged mother half an hour into the film, but plenty more lies ahead. His mistress thinks she may be pregnant; his estranged wife, a chain-smoking, neurasthenic wraith, throws him out of the house; his mother collapses with a heart condition; his daughter, distraught from the attack, cannot concentrate enough to score the high marks she requires on her finals to secure the British college invitation. Her imminent failure leads the erstwhile ethical doctor to become embroiled in a corrupt scheme involving several local power brokers, which illustrates Mungiu’s contention that “compromise starts really early in Romania. . . . And once it starts it is unstoppable.” Or, as a string-pulling vice-mayor ominously avers to Romeo, “People should help each other.”

A standard-bearer of the New Romanian Cinema, the most important national cinema movement of the last decade (along with the Philippine New Wave), Mungiu revealed himself as an intelligent moralist and social critic in 4 Months, 3 Weeks and 2 Days and Beyond the Hills, but his determination to illustrate the inexorability of corruption in his country finally defeats his new film. More ubiquitous than the Baroque arias Romeo favors (Purcell, Handel, Vivaldi) are the blatant reiterations of the film’s thesis: most transactions in accursed Romania, from the everyday to the momentous, are tainted with dishonesty. (Mungiu’s brilliant compatriot Cristi Puiu examines similar territory much more obliquely in his current masterpiece, Sieranevada.) A late-developing mystery involving a photograph that might incriminate Eliza’s boyfriend—a nod to Antonioni’s Blow-up and Haneke’s Caché—confirms that the director has designed every incident and aside to prove his point; even a seemingly casual visit to a children’s playground turns into a little parable about the abuse of power. Like Farhadi in The Salesman, Mungiu maintains his dedication to realism, shooting the film in long takes (whose copious dialogue must have taxed his superb actors), but his script accumulates too many auguries and accidents: Romeo’s hitting a dog on the road, for instance, or a traffic collision that conveniently provides a dying politician with the liver transplant he has long awaited. Invoking Romeo’s beloved Purcell, one might call Graduation a “fantasia upon one note.”

Still from The Unknown Girl, by Jean-Pierre and Luc Dardenne. Image courtesy of Curzon Artificial Eye.

The gumshoe becomes a woman in Jean-Pierre and Luc Dardenne’s The Unknown Woman. The vaunted social realism of the Belgian brother-directors, inevitably characterized as conscientious and uncompromising by the countless critics who treat their cinema as sacred text, has become increasingly dubious, each successive film revealing a tendency to the false and formulaic. If their last work, Two Days, One Night, whose accrual of the questionable included its central premise (a woman is voted out of her job by her colleagues to preserve their bonuses), proved that the directors’ commitment to what Luc once called “realism stripped down to the bone” had largely abated, their new film all but abandons plausibility. Another of the Dardennes’ tales of moral testing and atonement, Girl begins as Jenny, a rising young physician, declines an auspicious professional appointment in order to save an imperiled practice in a poor neighborhood. Her sacrifice seems saintly—she’s a close relative of the virtuous hairdresser in The Kid with a Bike—but Jenny quickly finds herself fraught with guilt when she ignores an after-hours call on her office intercom, which she later finds out was the frantic appeal of the eponymous girl, a teenaged African fleeing her murderous pursuer. The girl dies soon after, and Jenny’s remorse over not having protected her turns her into a detective, the film becoming a kind of spiritual procedural as Jenny attempts to redeem herself by solving the mystery of the immigrant victim’s identity.

The Dardennes have frequently engineered sudden reversals of character or fortune in their films, a strategy that reflects both their Catholic faith in transformation and the legacy of similarly abrupt amendments in Robert Bresson’s cinema, but one hears the grinding of Greeneian gears behind the impulsiveness with which Jenny’s young intern suddenly forsakes his vocation after five years of studying medicine so that Jenny’s goodness can be further tried (and ultimately found victorious). The film’s many absurdities—an infirm old man almost immobile in his care home somehow ventures across town to have sex in a camper van—and its forays into rank sentimentality (a teenage cancer patient composes a “bye, bye” song dedicated to Jenny, and the doctor’s redemption is later sealed with a teary hug) indicate how distant from unyielding realism the Belgian brothers have drifted. Along with Farhadi and Mungiu, their cinema of ethical crisis has instead become one of narrative impasse.

James Quandt is senior curator at the Toronto International Film Festival Cinematheque, where he has programmed hundreds of film series and organized several international touring retrospectives over the past twenty-five years. A frequent contributor to Artforum and to several anthologies of film scholarship, he has also edited monographs on directors Shohei Imamura, Kon Ichikawa, Robert Bresson, and Apichatpong Weerasethakul.