Literature
An Inventory of Losses 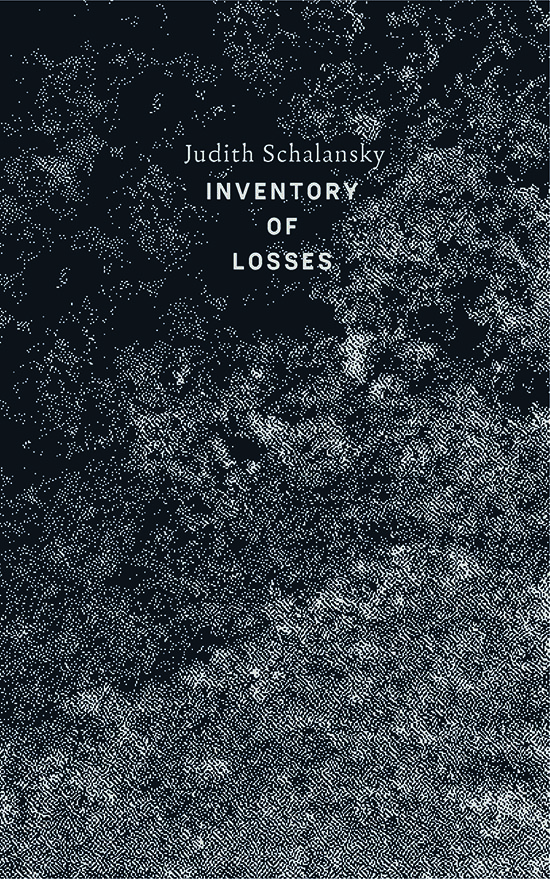 Around the year 1000 in what is now Colombia, skillful hands pressed seven sheets of gold onto a sea snail. Or perhaps it was a thousand years before: gold, chemically inert, is hard to date. Today the gilded shell can be admired at the Gold Museum in Bogotá, gleaming as new. But changelessness is hard to love: I remember, a few rooms deep into my visit, the spectacle of perfect preservation turning cool, the shiny ancient things appearing hard, invulnerable. There was physical relief on entering the room called Metal and the Passing of Time and seeing all the weathered bronze and copper, the many greens and blues of tarnish, the jewels decorated by age.

An Inventory of Losses asks “which is more terrifying: the notion that everything comes to an end, or the thought that it may not.” Impermanence has its thrills; some are called flowers. And there are consolations: the book, writes Judith Schalansky, is “an open time capsule . . . not unlike a ruin in which the dead communicate.” In this one, which she has both written and designed, twelve things that no longer exist are put to work producing literature. (Schalansky is best known for Atlas of Remote Islands, a vivid account of places she has never seen.) Each loss—a phantom island, an animal hunted to extinction, a work of art lost to violence or neglect—is a prompt. The facts are briefly set out up front; Schalansky conjures the rest, in vignettes that range dramatically in voice and genre. What interests her is less a reconstruction of the object than the fuller encounter with its absence.

The first page forms a kind of prose poem. On one side, a list of things destroyed or disappeared during the making of the book, from a space probe swallowed up by Saturn’s atmosphere to the last mosaic-tailed rat. Overleaf is another list, of discoveries made in the same period. The mirrored length of these pages implies a fragile equilibrium (rates of destruction and renewal are roughly equivalent) and even necessity (the old must go to make way for the new).

That loss might be generative is embodied in the book’s structure: twelve chapters that are not elegies but exercises in style. There are essays of wry wisdom, an internal monologue in the voice of Greta Garbo, the suicide note of a botanist on the moon. Now we are in the author’s own childhood, now in a stadium of ancient Rome with Caspian tigers, “condemned to die the painful and entertaining death for which they have been kept alive.”

With the transience of all things comes some justice: the tormentors and their fragile empire are now just as dead as the tiger. But the spectacle itself has not been lost, only transmuted into modern circuses, “for once a thought comes into the world, it lives on in another.” Behind the appearance of change, some principle of conservation is at work.

Sometimes this is physically true. Steel from the Palace of the Republic, once home to the East German parliament, is now in Burj Khalifa. Schalansky’s medium of choice, though, is frail as eggshell; paper is “not as durable as papyrus, parchment, stone, ceramic, or quartz,” and we come away from the book’s litany of losses amazed that any writing gets saved at all. Sand is the most patient archivist: some works of Mani, who preached that the basic drama of the world is a battle between light and darkness, have been preserved in the Egyptian desert. Most have been lost.

While texts may fade, ideas are hardy. In an account of her time spent researching a book on monsters, Schalansky describes the frustration of finding in each new fabulous creature the same familiar tale: “a woman’s innocence had to be protected or sacrificed, a man’s bravery proved, the wild tamed.” Every culture seems to have a dragon. “The unicorn, that vulgar, ridiculous, transparent thing,” is indestructible. To survive, it may be better not to exist.

Against Mani, this book resists binaries at every turn. “The difference between presence and absence is perhaps marginal,” Schalansky writes, “as long as there is memory.” Loss is great, but the succor of language, the boundlessness of thought—her true subjects—are greater. Piranesi, the eighteenth-century architect who never built a single house, etched imagined cities that captivated “more people than any building anchored to solid ground.”

A student of Piranesi inspires a typical drift. Hubert Robert, obsessed with ruins, goes to Rome to paint them, only to return to Paris in time for the Revolution and see the old world crumbling faster than he could have dreamed. “Monuments disappear every day; every week a cavalcade of statues is dispatched to the furnace.” The new ruins are a utopian space. He paints it all. As a protégé of the aristocracy, he is sent to prison, where he makes a painting of his own grave, then to the guillotine. But as he stands in the yard waiting his turn, another prisoner with the same name steps forward and is killed in his place. Robert is released and dies many years later in his studio, palette in hand. All this takes a page and a half. In the amber of her essay Schalansky has trapped the tiny, perfect bones of a story.

Attention animates. In one chapter, a walk along the river Ryck to Greifswald harbor (painted by Caspar David Friedrich, who lost many works of the area to fire) yields a hoard of colors: lavender, caramel, egg yolk, peacock blue, mother-of-pearl. The northern wasteland teems with voluptuous detail. Here is Schalansky telling us not much is going on: “The reeds rustle. Azure damselflies flit among the branches or sit on stalks of meadowgrass, the hint of a horseshoe mark on their iridescent abdomens.” In the void left by Friedrich’s images, she has found many more. Jackie Smith’s translation shimmers, various as the damselflies.

That book on monsters never materializes, but an Alpine hike during the research leads to real-life strangeness: “a neon-green fluorescent weave of tiny spiky armlike branches” that gives her nightmares and turns out to be wolf lichen, toxic to mammals. Moss, weeds, and fungi spread through the book, their sprawling vigor an antidote to classifying urges. The project of a Swiss recluse to create an encyclopedia in the woods, with entries pinned to tree trunks, is portrayed as worse than futile—an exercise in hubris. “The trees just get bigger, they spread out, they reach up towards the sky until the writing peels.”

The world exceeds any attempt to hold on to it. This is cause for joy; “decay fuels the cycle of life with a constant ardor.” Schalansky’s serene embrace of impermanence might seem to lend her writing a cosmic detachment (the book begins and ends in outer space). From this vantage, human behavior is elided with the natural mutability of things into a law of perpetual flux.

But Schalansky herself, born in East Germany, is a child of historical upheaval. She knows that the illusion of stability is a hard-won luxury. An essay on Sappho contains a line about the distance from the mainland of Asia Minor to Lesbos, so close “you might think you could swim across”—a gesture at today’s children of upheaval, and the vast reality of loss not as a philosophical problem but a fact of bare life.

Yasmine Seale is a writer living in Istanbul. Her essays, poetry, visual art, and translations from Arabic and French have appeared widely. She is currently working on a new translation of One Thousand and One Nights for W. W. Norton.