A philosopher explores our very, very bad side. 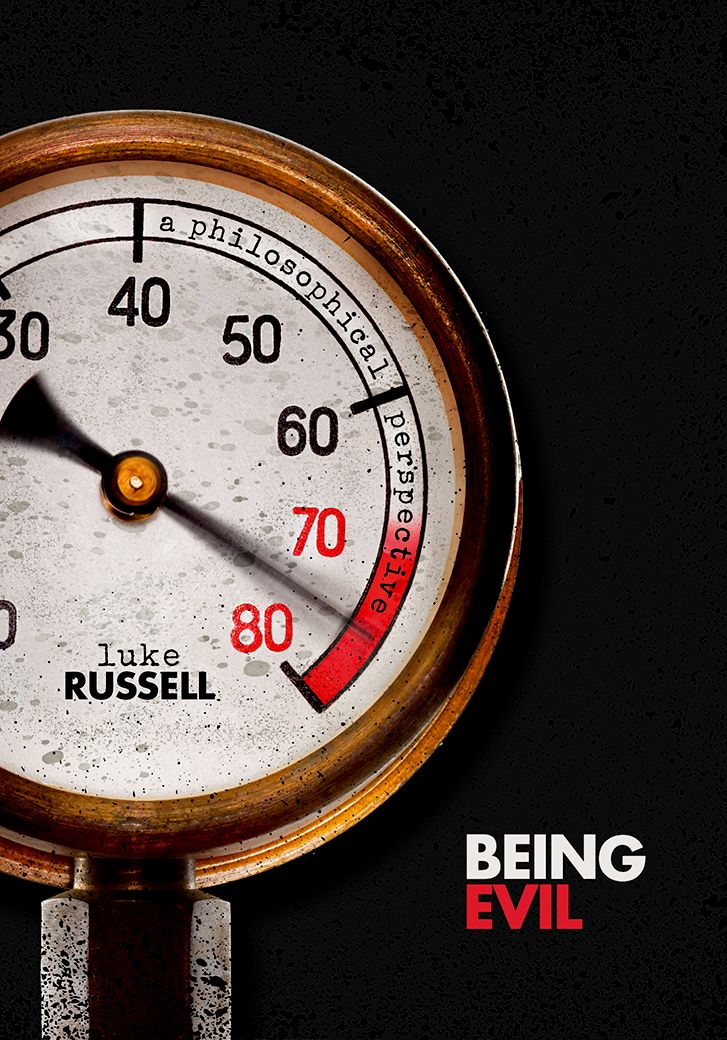 Luke Russell begins Being Evil: A Philosophical Perspective with a question: “Does evil exist?” His directness masks the subject’s complexity. Evil is bewildering to many of us, not least because it can be hard to classify. Are there evil acts? Evil people? Is it a matter of theology or polity? “The Gospels,” Russell writes, “contain repeated references to Satan, an evil supernatural being who causes illness and enters into the hearts of humans, leading them to sin. . . . Contemporary politicians who use the language of evil are sometimes accused of fostering exactly this kind of moral atmosphere; of demonizing their opponents, of whipping up the angry mob, of inciting wanton destruction. Some philosophers survey this landscape and conclude that we ought to be skeptical of the existence of evil.” Anyone who has spent the last few decades awake and conscious understands what he means.

Russell, though, is not particularly interested in politics, nor in faith for that matter; his concerns are pragmatically philosophical. An associate professor at the University of Sydney, he is the author of a previous inquiry, Evil: A Philosophical Investigation, which came out in 2014. What he is after in this new book is a moral calculus, through which we might break down the precepts of evil into a series of principles that can be broadly recognized. It’s an ambitious idea, but also a fraught one, especially if—like me—you’re not sure evil, as an existential condition, actually exists.

By writing that, I don’t mean to suggest that certain events or circumstances aren’t evil. Think of 9/11 or the Holocaust, both of which Russell cites. Think of the camps along the southern border of the United States, where children remain separated from their families. At the same time, I resist the notion that people are, or can be, evil—because it renders the perpetrators of such offenses as somehow unlike the rest of us. “Evil is not ordinary, or humdrum, or unremarkable,” Russell insists. “Evil is different. Evil is distinctive.” While that may be true of evil’s effect, its source is always human. This means it must be recognizable. “When people say that an evil action is an incomprehensible wrong,” Russell observes, “maybe they mean something like ‘This action is wrong, and I can’t imagine ever choosing to do something like that myself.’ ” What then do we make of Terence, the freed Roman slave (certainly no stranger himself to the bite of evil), who in the second century BC wrote, “I am human, and I think nothing human is alien to me”?

I’d say such a declaration is essential, but throughout Being Evil, Russell backs away from what it implies. Instead, his approach to evil remains abstracted, raising questions less about its nature than how it is defined. Each of his four main arguments works similarly. First, he posits a problem: the incomprehensibility of evil; its psychology; whether it can be, in Hannah Arendt’s potent phrase, banal. Then, he takes us through a set of arguments, often relying on the same real-world examples—John Wayne Gacy, Ted Bundy, the shoe bomber Richard Reid—to illustrate his point. “Different people,” Russell writes, “are bound to have divergent intuitions . . . and it is possible that these differences will persist after we have engaged in philosophical discussion of all of the rival theories and all of the relevant examples.” What he’s describing is an academic exercise. This is most apparent in his account of Stanley Milgram’s early 1960s obedience-to-authority experiment, in which one group of participants was asked to direct increasingly powerful electric shocks at another; Russell uses the results to make the case that not all evil actions are the work of evil people, but fails to address the experimenter’s ethical complicity.

Read a different way, Milgram’s experiment might have opened Being Evil up a little, if only in regard to subjectivity. In the decades since it was completed, the experiment has been critiqued for reasons that include the narrowness of its criteria; by categorizing his results in terms of obedience (or the lack thereof), Milgrim may have minimized, among other nuances, the resistance expressed by certain subjects. The same might be said of Russell, who in his desire to to put a frame around it, never fully investigates what evil is. There is very little shock and awe to this book, and no real consideration of what makes people behave as they do. The result is a curious flattening. “The evil actions,” Russell explains, “are ones that we should never choose to do, and that the good and wise people cannot imagine themselves choosing to do.”

And yet, who are these good and wise people? Like evil itself, the answer is elusive. “Virtuous people do not even engage in deliberation over whether to kill innocent people in order to take their money,” Russell writes. As a moral relativist, I have to ask: What do those words “virtuous” and “innocent” mean? Aren’t we both and more at various points in our lives? If evil action is intentional—and I would agree, generally, that it is—how do we account for the zealots and the true believers? To say they are deluded is not enough. What about mental illness and psychopathy? Russell dismisses these concerns. “Most people who suffer from a mental illness,” he posits, “are nonetheless legally and morally responsible for their actions. Moreover, while psychopathic serial killers typically do exhibit some mental deficits in relation to empathy and reasoning skills, it is an exaggeration to say that they are bumbling fools who know not what they do.” Here, as elsewhere, Russell is oversimplifying, confusing the doer with the deed.

In the end, there is no one-size-fits-all explanation of evil; that is both its terror and its lure. We are not frightened because we don’t understand it. We are frightened because we do. How many of us have never felt anger swamp us? How many have never been tempted by malevolent desires? This proximity is missing in Being Evil, which, in its relentless attention to systemizing, fails to reckon with a key piece of the puzzle: that the conundrum rather than the conclusion is what’s most compelling here.