In a memoir about his mother, Kiese Laymon explores the weight of familial love. 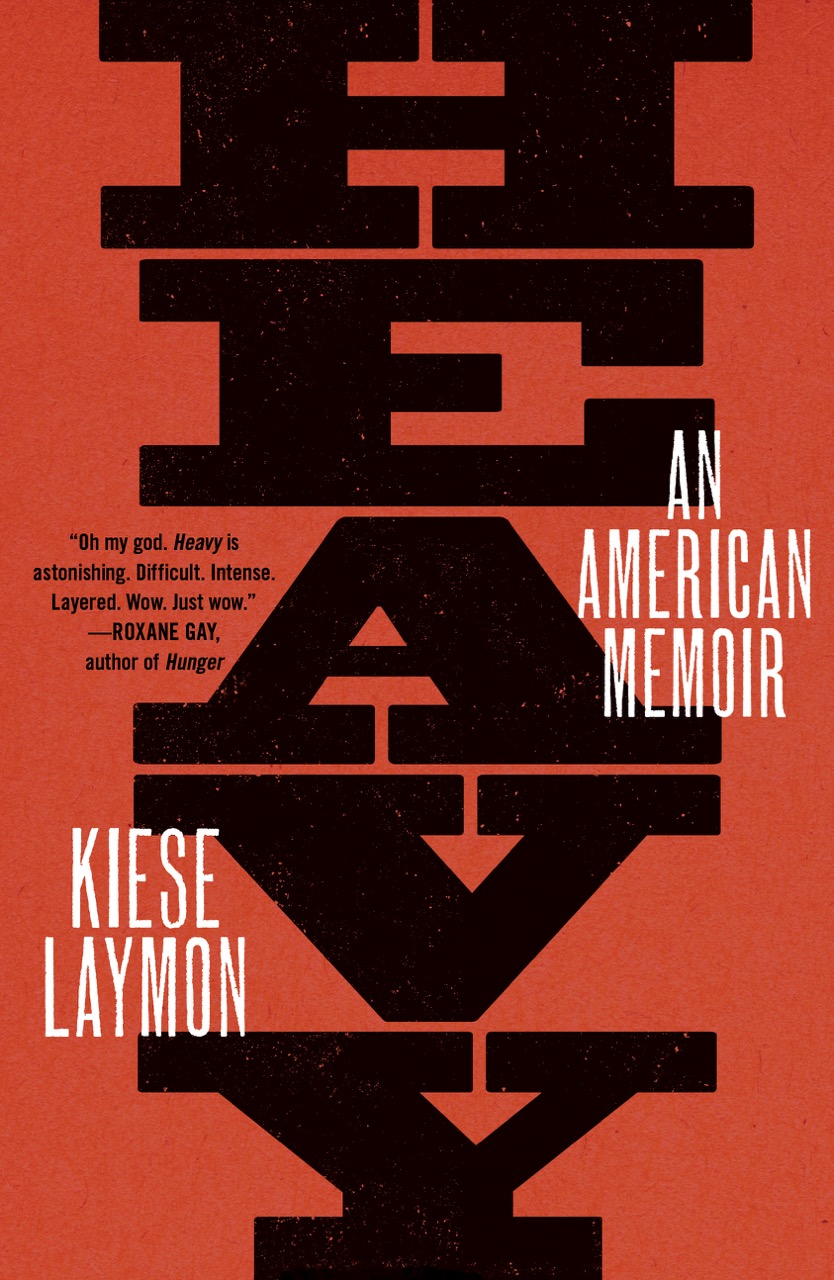 Kiese Laymon’s memoir Heavy is many things, all of them searing, brilliant, and unflinching in honesty, no matter what heartbreaks or difficulties rest at the end of the road his honesty carves out. But underneath the personal lie wider concerns. In addition to everything it is asking a reader to wrestle with about Laymon’s family, body image, grief, fear, and joy, Heavy makes us question what is and isn’t working about the human concepts of love and hate. How both of those emotions are nothing unless they lean into each other. And how the two function in our current sociopolitical climate, which has forced those on either side of a binary divide to cling to their leaders and figureheads with a type of unconditional devotion, or to cast away (typically via social media) a once-admired person with a similar ferocity.

Heavy is Laymon’s third book, after a novel (2013’s Long Division) and a collection of essays (How to Slowly Kill Yourself and Others in America, also 2013). He is a writer who skillfully marries the personal and the political, with an understanding that the two cannot be unbraided, and that both are best held accountable when seen through each other’s lens. Heavy operates as a letter to Laymon’s mother (whose proper name he never gives), who raised him primarily in Jackson, Mississippi. It is, largely, an unraveling of their gentle and complicated relationship, laid out over a period from adolescence to adulthood. The book draws a reader to consider what it is to feel obligated to love someone, despite not having chosen that person’s presence in one’s life. The way we are drawn toward loving our mothers, without whom we would not be granted entry into the world. To not love one’s mother can bring forth a feeling that reeks of betrayal. But what is it to love someone out of fear? Not of the person themselves, but fear of what not loving them might look like?

Laymon’s mother is a black academic, the type who gets tapped to go on television to discuss news, and the type who gets awarded fellowships. (During high school, he spent a year in College Park when his mother was a postdoctoral fellow at the University of Maryland.) And yet the family struggled. The poverty he writes of is familiar to anyone who has endured it: the working parents who are, by most measures, successful in their fields, but not rewarded enough for that success to buy essentials for their household, or not good enough with money to sustain caring for another person, let alone themselves.

In the book’s early moments, with Laymon as a teenager, there are parts that may feel familiar to black people of a certain generation about how they were raised by their parents—particularly around language. Laymon writes of his mother’s constant correcting of his language when it drifted toward the slang he spoke with his friends. This culminates in a scene where police officers pull the pair over and begin to harass his mother, who talks in calm, clear, measured tones. After the officers are gone and the teenaged Laymon asks about his mother’s speaking “correct” English to them, his mother responds: “In the long run, correct English will save a black man more than it will hurt you.” And in this, the misguided but caring concern of a black parent is displayed again, and in concert with class struggles. The idea of “proper” language being a gateway to prosperity. Or, if nothing else, safety.

As Heavy progresses, through Laymon’s adult years pursuing writing and academics, his relationship with his mother becomes more complicated. This shows up in the form of his mother’s gambling addiction—something they grew to share together. Before immersing himself in the world of gambling with his mother, Laymon would send her money, despite the money disappearing and him not having an understanding of where it was going. He links the turmoil of loving his mother and living while black to what it does to the body, his body in particular. His weight fluctuates over the course of the book and he details this vigorously, laying out numbers and describing both the way he binged to cope with stress and trauma and his intense, devastating workouts. The latter are evidenced most viscerally with Laymon, in his twenties, running over twenty miles on a day he had a fight about loaning his mother more money, after she had gambled away all of the money he’d already lent her.

He returns from his run and steps on the scale, just under 160 pounds for the first time in his life, but his body is shattered from aggressive overuse. The message, at an apex here, but at work throughout the entire text, is clear: the body can only survive in relation to what the person in charge of it is being asked to endure. This, it seems, is where the book’s title echoes. Heavy is not only about the physical weight the body shows, but also about the unseen weight it carries. “I would stop talking to you because I did not know how to say no, and everything I said yes to was a lie,” he writes, on the difficulty he found in finally severing himself from the responsibilities of taking care of a mother he was miles away from. Here, the book becomes most difficult and also the most palpably heartbreaking: Laymon coming to terms with the fact that, despite his immense love for his mother, he doesn’t have the capacity to shoulder the weight that she brings into his life.

We are in a time of hollow platitudes, scratched on white posterboards. Things such as “Love Wins” pepper the sky during protests, but few ask when love alone has won anything that has felt like prolonged justice. What resonates most sharply in Heavy is how Laymon’s love does not resolve itself. The book ends with Laymon apologizing to his mother for all he’s written, and all he’s brought to light. “I wanted to write a lie. You wanted to read a lie,” is a sentiment expressed both at the start of the book and start of the final paragraph. There’s an underlying argument here: that we’ve arrived at the point we have as a country in part because of lies we’ve told ourselves about what America means. People have allowed the symbols of love to steer them away from honesty. In Heavy, the story begins messy, and ends messy, and in between we learn why the mess was worth fighting through, and fighting for. That love, by itself, often loses. It is the love that edges to its antithesis, weighed down by secrets, lies, complexities, bitterness, rage that can save us, even if a reader, a writer, or a nation is ashamed to admit that truth. The love that requires one to peel back its worst layers and still see the person—or the polis—waiting underneath is the one that echoes.