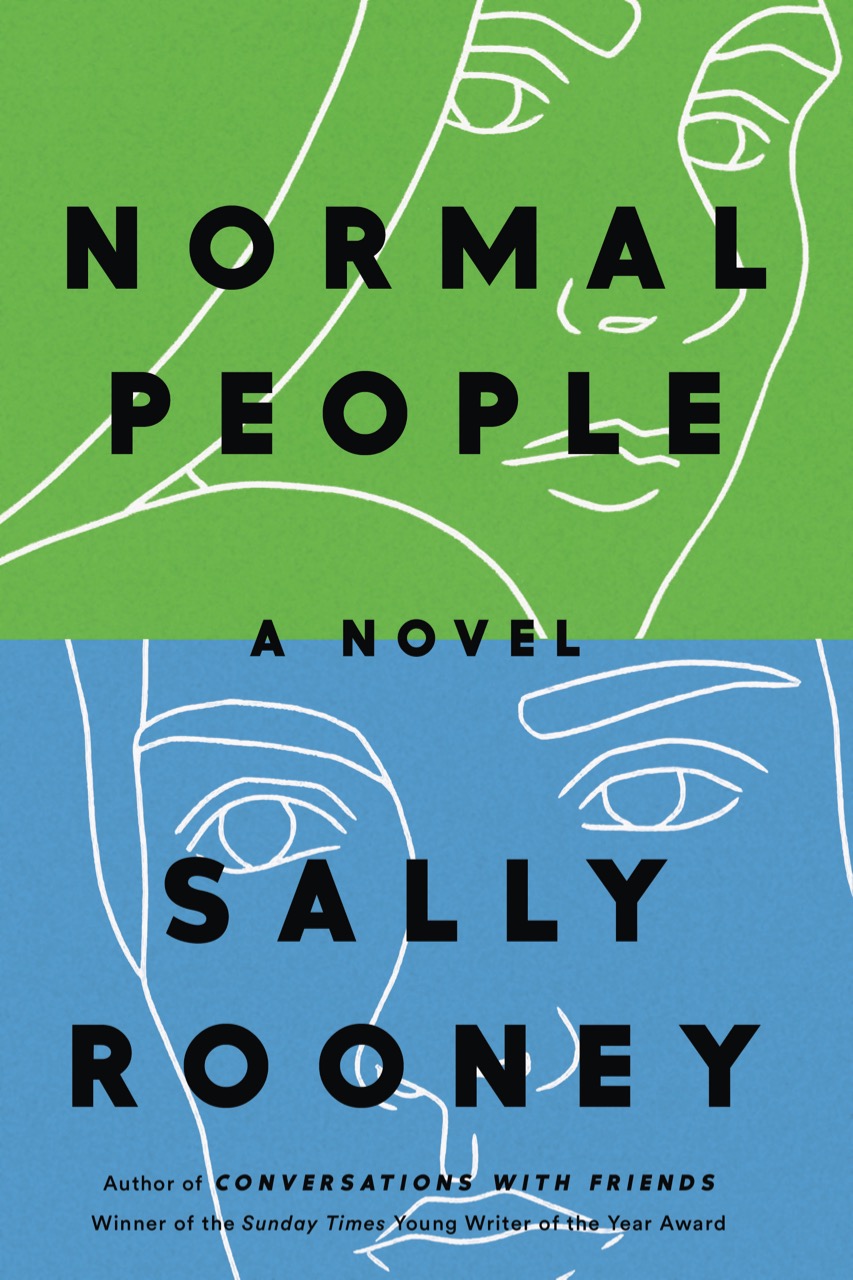 There should be a term for the place in a text where the words of the title appear. That precise moment a character says, “It’s a sin to kill a mockingbird,” and the reader feels something (clarity or epiphany, however false). On page 187 of Sally Rooney’s Normal People, one of the protagonists, Marianne, declares: “I don’t know why I can’t be like normal people.” It feels like a thesis statement. The question is, then: Why can’t she be normal? Or is she?

Normal People is Rooney’s second novel; her first, Conversations with Friends, was a virtuoso performance. Rooney’s debut was about a young woman embarking on an affair with an older married man. Tale as old as time, but Rooney’s was a fresh addition to that genre, witty and near documentary, told in prose largely without affect.

Normal People has a simpler premise: boy meets girl, complications ensue. It’s written with the same cool detachment, and addresses many of the same concerns: class, power, sex, capitalism. It’s less rewarding than Rooney’s first book—if you told me she’d written this before Conversations, I’d believe you—but she shouldn’t be faulted for being a tough act to follow. Normal People’s jacket notes that the author was born in 1991. If you were this good at her age, you’d brag, too.

We’re in a small town in Ireland (Rooney herself is Irish). Marianne is in high school, a gifted scholar but socially awkward. It would be simpler if she were a pariah; to be an outcast is normal in its way. Connell is a schoolmate who also happens to be the son of the woman who cleans Marianne’s home. He picks up his mother after her shift and the teens fall into a relationship for which there’s no shorthand: not-exactly-friends with benefits.

Rooney wrings what she can from Marianne being rich and Connell less so, he beautiful and she not: “In certain photographs she appears not only plain but garishly ugly, baring her crooked teeth for the camera like a piece of vermin.” But: inner beauty! Marianne is moral and unfailingly generous, and under her influence, Connell blossoms. He develops greater ambitions, and both head to Dublin’s Trinity College. The two remain profoundly connected as they go from classmates to secret lovers to just friends to lovers once more.

Teenagers think they’re fascinating, but they’re wrong, and let’s face it: most love stories are a bore. What’s seductive about Rooney’s work is the specificity of her people, yet somehow the novels transcend character study (the favored term for a dull book). Hers are people of conscience and intelligence, impulses good and bad. They’re worried about getting laid and the state of the world. They’re inexplicable even as they’re unremarkable. They’re real in a way that’s unsettling. The characters enact the authorial interests without feeling like mere devices.

He and Marianne can only talk about [the news] over email, using the same communication technologies they now know are under surveillance, and it feels at times like their relationship has been captured in a complex network of state power, that the network is a form of intelligence in itself, containing them both, and containing their feelings for one another.

I don’t think Normal People is about love so much as it is power. Maybe they’re synonymous. There’s the surveillance state, there’s the ever-shifting dynamic between these two teens, and, most notably, there’s abuse. Marianne’s father, dead when the book begins, used to beat her. Her mother? “She believes Marianne lacks ‘warmth,’ by which she means the ability to beg for love from people who hate her.” In the best scene in the book, a galvanizing act of violence, her brother picks up where their father left off.

Love is, though, the book’s preoccupation. Connell might not want their classmates to know he’s fucking Marianne, but at least he doesn’t hit her. Is that love? It doesn’t seem to bother Marianne. Maybe that’s her type, or her fate. In college, she takes up with Jamie, a boor; studying in Sweden, she falls in with Lukas, a pretentious manipulator. Perhaps she’s conditioned to abuse. Perhaps when Connell treats her shabbily that’s just what she wants. Perhaps she’s broken, and Connell is too.

The book relies on a sitcom trope (Rachel and Ross: Will they or won’t they?) but you keep turning the pages. Rooney uses her chapter titles to mark the passage of time (three months later, five minutes later, etc.). It’s a self-conscious thing, calling attention to the artifice of the novelistic form, and Rooney is too canny not to be doing it deliberately. The reader is always reorienting, evaluating whether Marianne and Connell are dating or sleeping together or just friends. Is theirs some kind of profound connection or is it just pathology?

I spent most of this book attracted to Connell, though I should know by now to be wary of dark-haired boys who read James Salter. But such is the author’s design. In that moment when Marianne wonders why she can’t be normal, I found myself angry, weary of how understanding, how patient, how generous she is. Yes, I sneered—why can’t you be normal? Rooney is a writer in control of both characters and readers. She made me as cruel as Marianne’s mother, and really I’m no better than her brother and father.

It’s easy, maybe natural, to be suspicious of Sally Rooney, whether because of the youth her publisher takes pains to remind us about or the direct mode of her writing. You shouldn’t overcomplicate things and assume the author is being ironic, nor oversimplify and read this as a text about women who love to give and men who love to take. These are normal people, and Sally Rooney is good at seeing people as they are. The novel’s conclusion is rather silly, but even that doesn’t exactly break the spell the author casts. To some readers, the book will read like a romance. To me, it’s closer to horror.

Rumaan Alam is the author of the novel Rich and Pretty. His second novel, That Kind of Mother, was published in 2018.