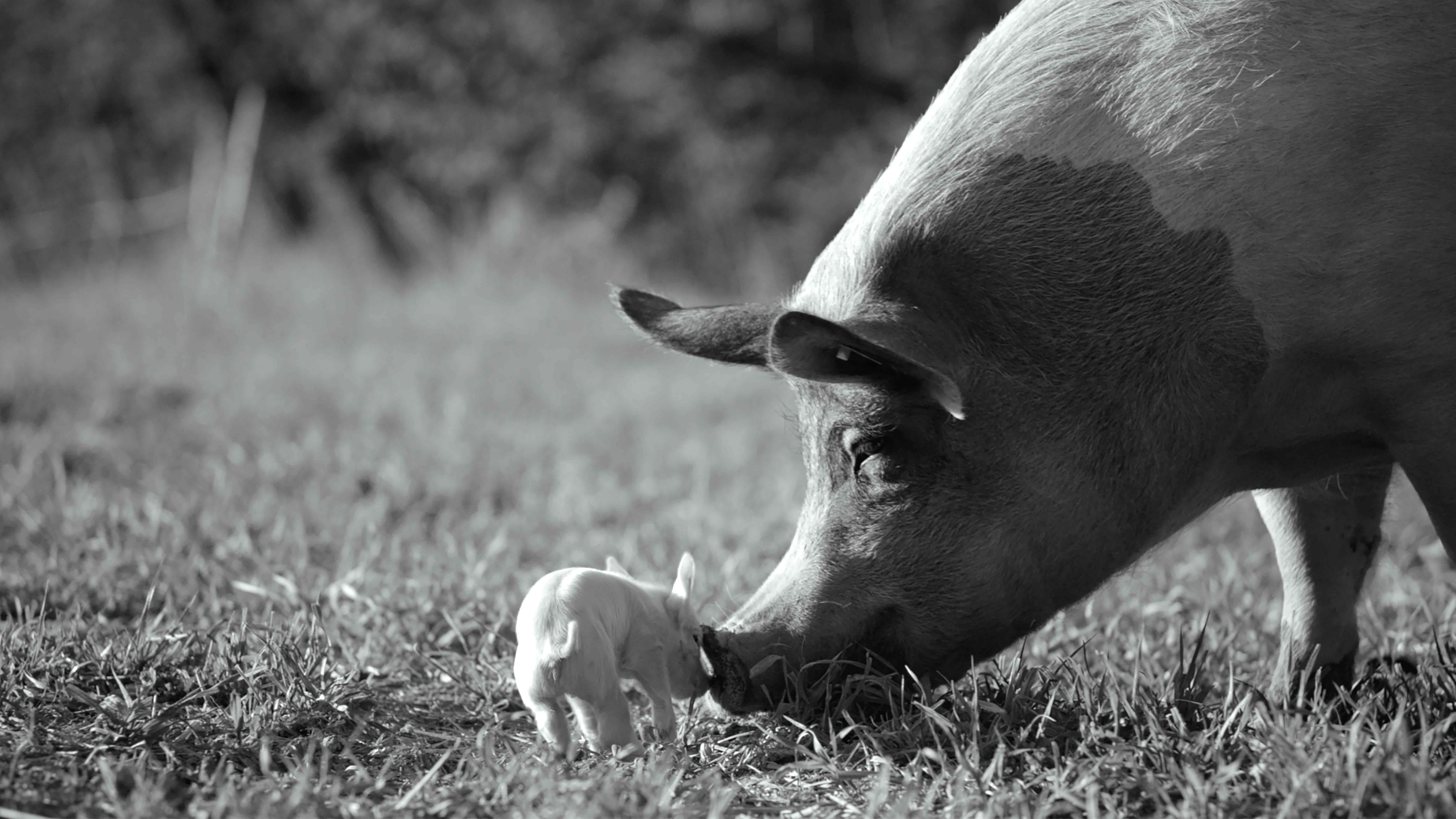 Nearly every day for the past thirteen months, I have walked or jogged in Prospect Park, reminded, with each outing, that “the visible world is a daily miracle,” as Edith Wharton once wrote. The most magical parts of my circuits involve my encounters with animals: not just with the infinite array of dogs (and the occasional leashed cat), which, like me, are visitors to the Olmsted and Vaux–designed expanse in Brooklyn, but with the park’s permanent residents too. Strolling near the iron bars that form one of the borders of the zoo nested inside Prospect Park, I’ve witnessed peacocks fan out their fabulous plumage; three weeks ago I marveled at ten turtles sunning themselves on a log in the Lullwater. On the narrow pedestrian paths that wind through Lookout Hill, I have ceded right of way to chipmunks and, trotting by the lake, delighted in the symphony of squawks emitted by waterfowl. Largely unaware of the park’s native inhabitants during my prepandemic life, I am grateful for the fellowship I now feel with them.

But, towering over these creatures, I am unable to look at them closely. Perniciously, the height discrepancy could give me a false sense of my superiority over them. To right this imbalance, Victor Kossakovsky, in his new documentary, Gunda, keeps his cameras near to the ground, approximating the POV of his film’s subjects: the sow of the title and her litter of piglets, and, given lesser screen time, a flock of chickens and a herd of cows. For ninety minutes, we are immersed in the activities of these farm fauna. No humans appear in the film, though an invisible tractor driver in Gunda’s closing minutes signals catastrophe. Similarly, no human speech is heard—no narration, no animal experts weighing in, no farmhands calling to the critters. Yet the movie teems with sound: not only with oinks, grunts, squeaks, moos, and clucks but also with birdsong, insects buzzing, bells ringing, hammers clanging, and other ambient noise. 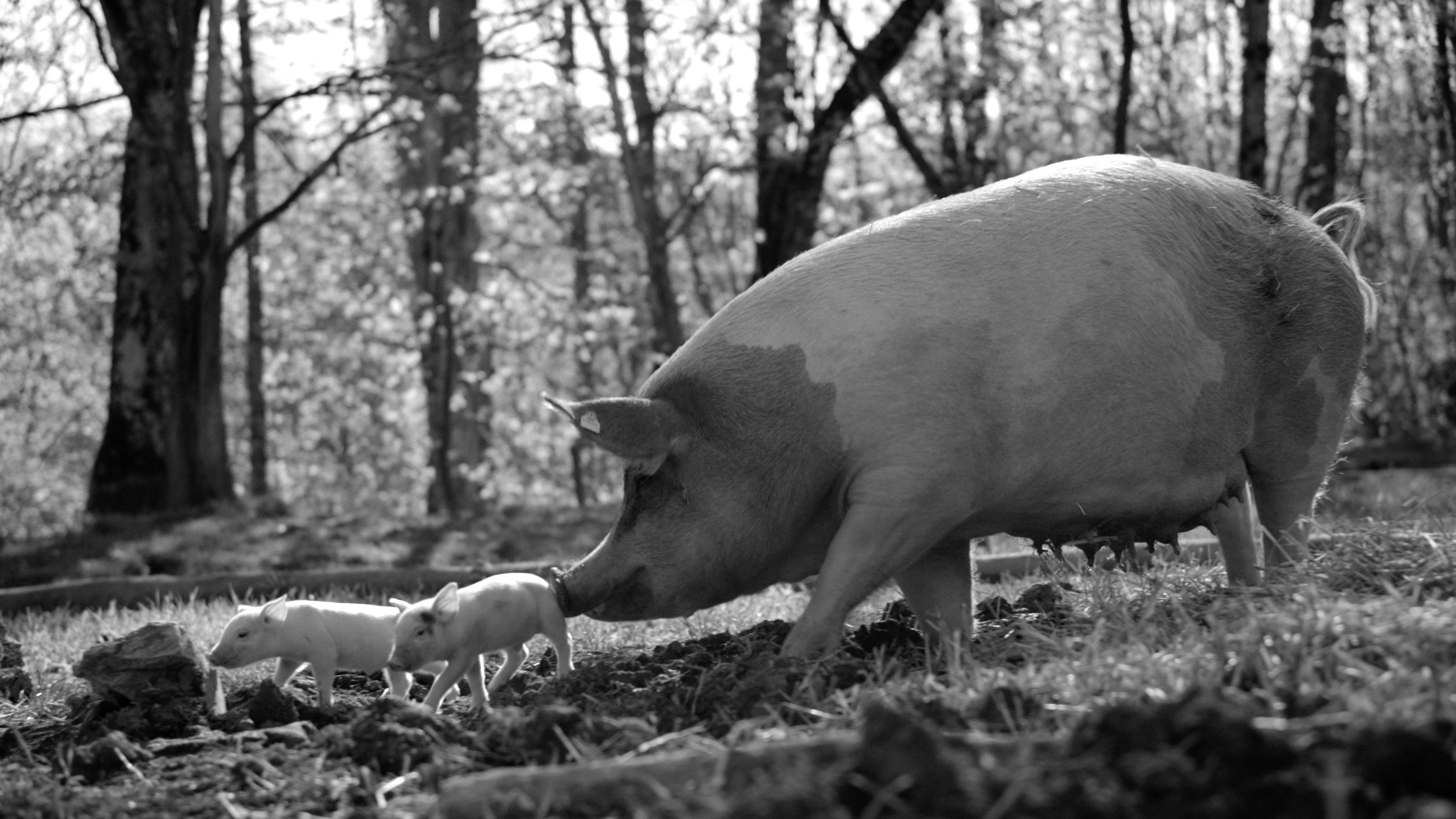 Inviting our uninterrupted scrutiny, Gunda, filmed on farms and sanctuaries in Norway, Spain, and the UK, takes up the question posed by John Berger in his still-influential 1977 essay “Why Look at Animals?” At its most fundamental level, Gunda underscores one of the essential truths laid out by Berger in his treatise: “Animals are born, are sentient and are mortal.” Calling attention to this irreducible fact, Kossakovsky’s documentary is a gentle but no less potent polemic, especially for those viewers more prone to thinking of Gunda’s subjects as dinner rather than as conscious beings. (As he explains in the press notes, a defining moment for Kossakovsky, born in Saint Petersburg, Russia, in 1961, was the slaughter of a beloved pig that he came to know during childhood visits to the countryside. He became a vegetarian immediately thereafter.) 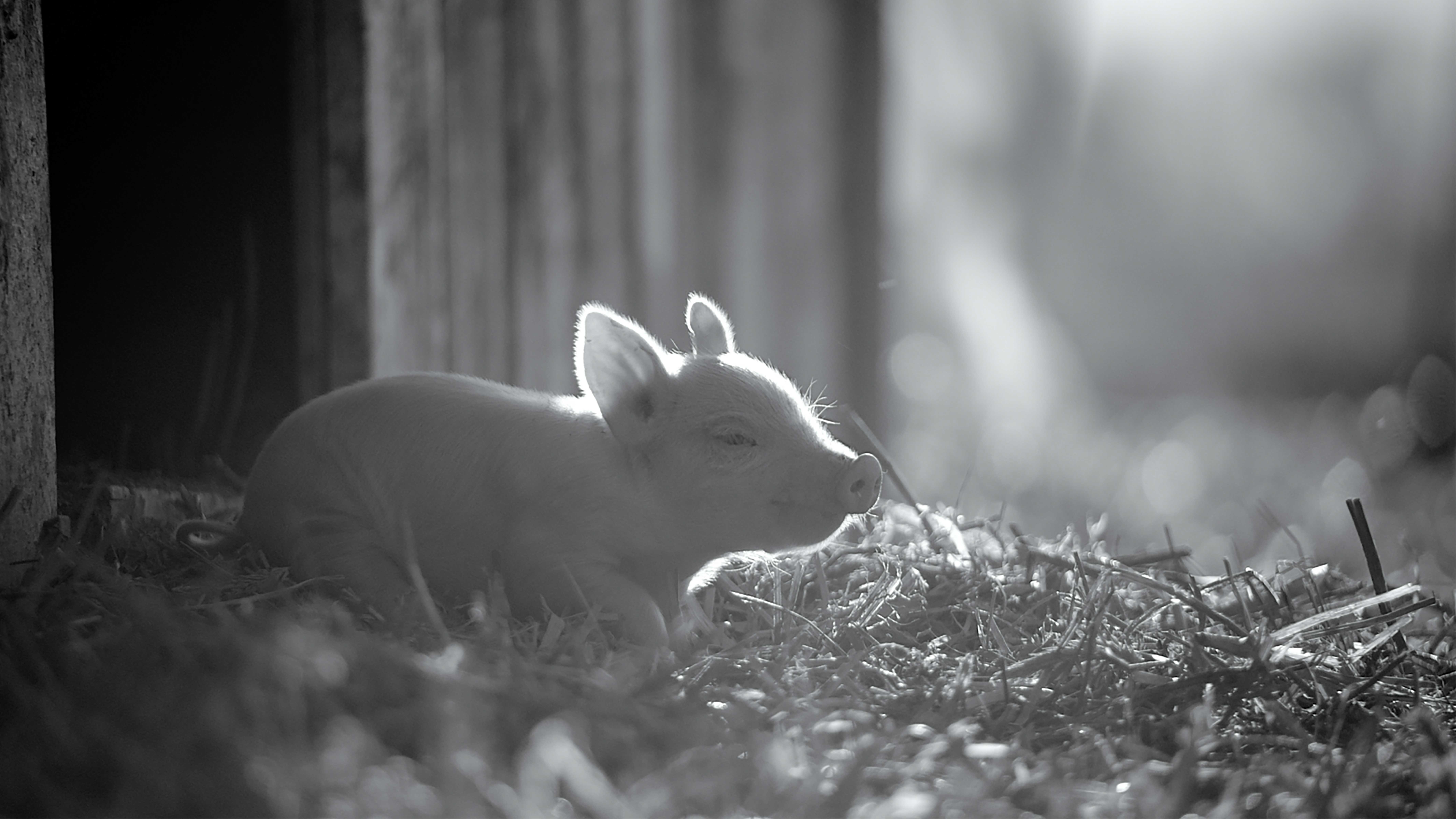 While Gunda exhibits tremendous empathy, it does not indulge in anthropomorphism or actively court spectators’ sentimental responses. To further preempt that kind of mawkishness, Kossakovsky shot the documentary in black-and-white digital, thus rendering the pink body of a piglet, for example, more neutral—that is, less likely to elicit awwww than awe. (Kossakovsky is also Gunda’s editor and shared cinematographer duties with Egil Håskjold Larsen.) 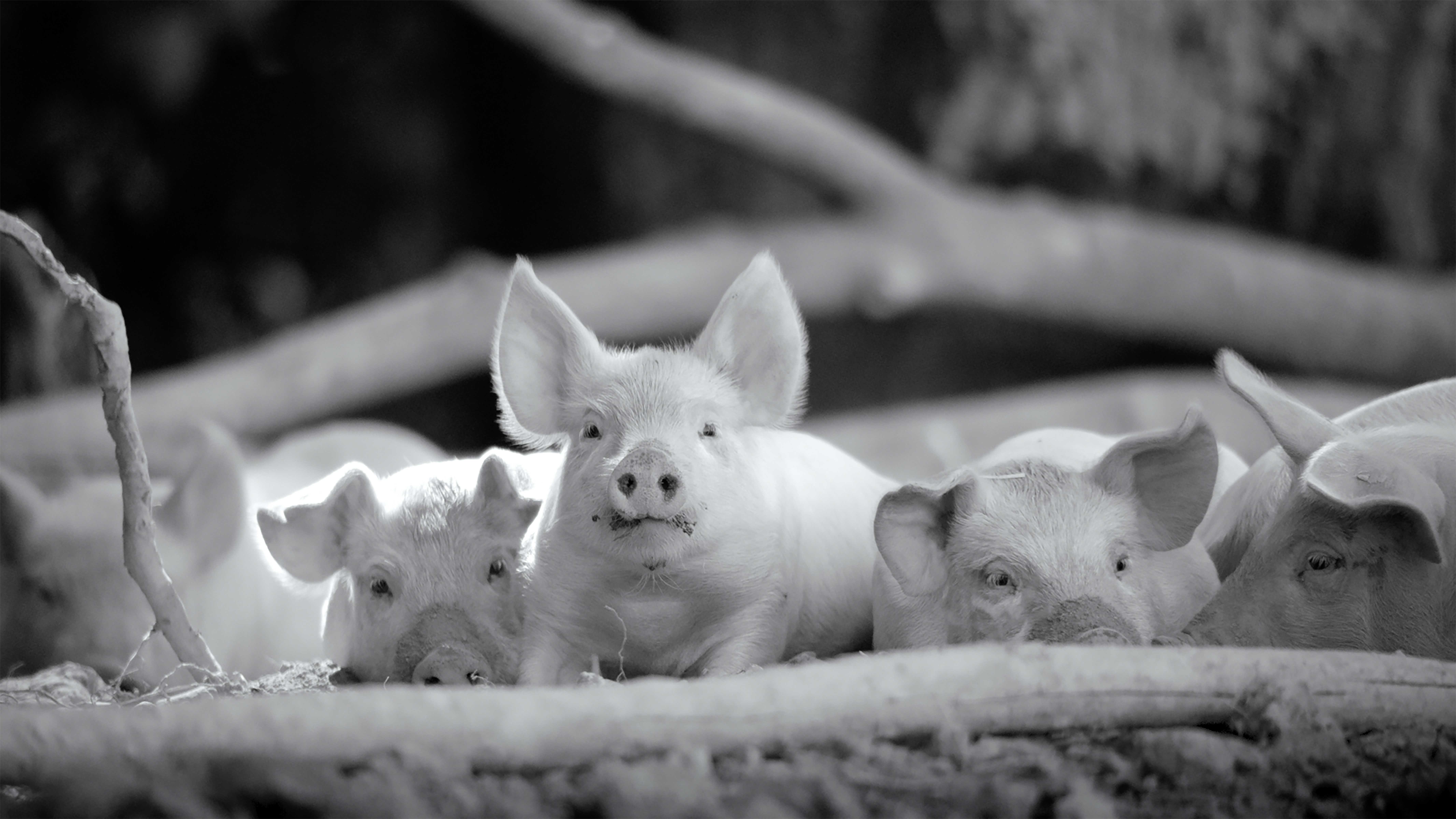 And the initial appearance of those baby pigs does evoke astonishment. Gunda, lying on her side, dominates a small cutout entrance to a hut, her body half in and half outside this structure. A few moments later, it becomes clear that she’s just given birth; her progeny, numbering about a dozen and some still sticky with placenta, scurry out, one by one, over her dozing body and onto the dirt. These tiny creatures, each smaller than a human palm, frenziedly try to latch on to one of Gunda’s teats. They nap, they play. One tries to get its footing, helped along by Gunda. She rests, her breath visible as mist. 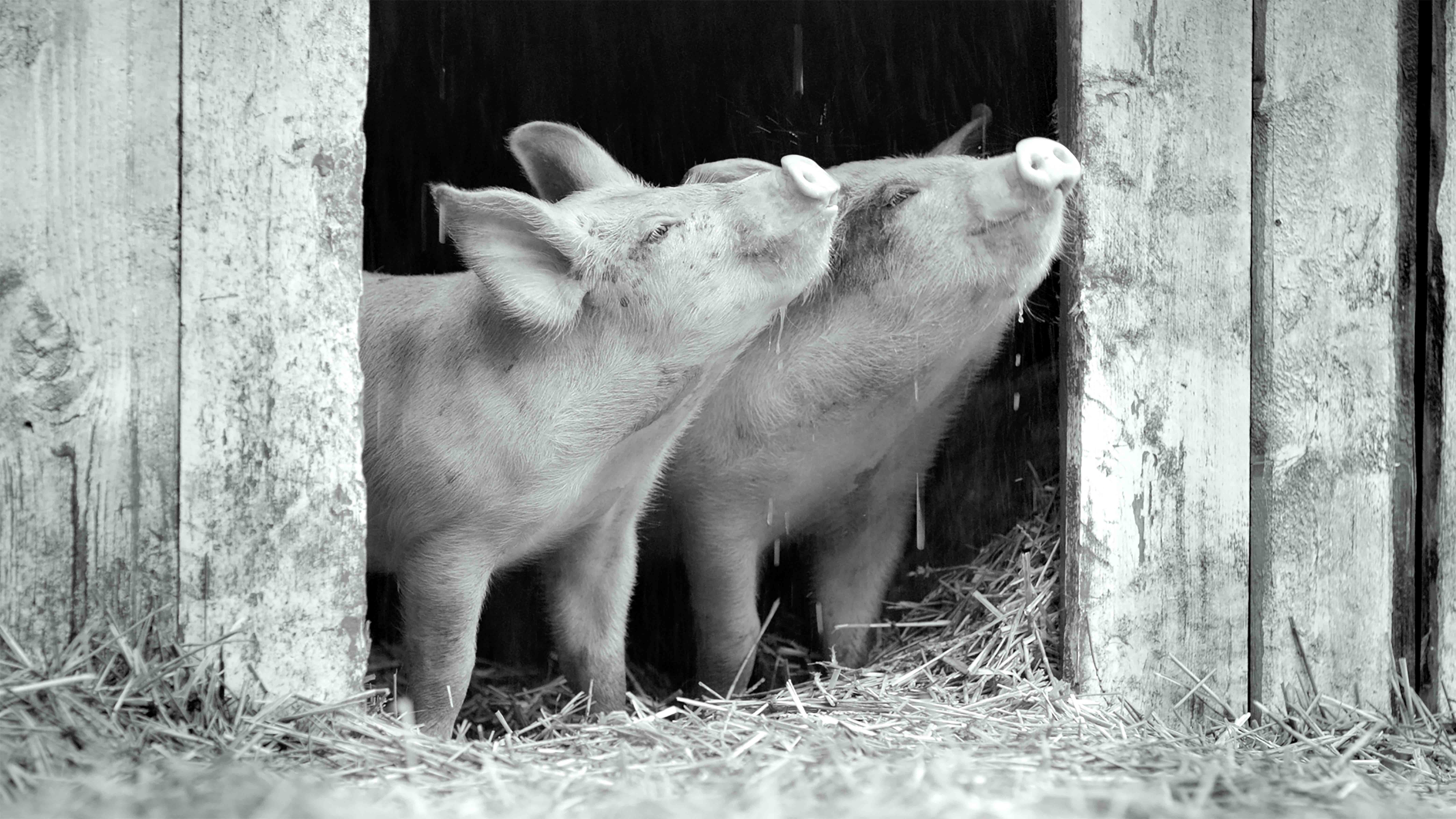 Time passes; the piglets get bigger, though their exquisitely coiled tails seem to remain the same size. Gunda and her brood are never not fascinating to watch. They sniff at and taste the rain. A piglet yawns; another, facing away from us, releases a prodigious stream of piss. Gunda lazes in the mud alone. She repeatedly evinces forbearance as her offspring nurses.

When Kossakovsky cuts away from the pigs to include brief segments on chickens and cows, the wonder doesn’t abate. Staring at a rooster’s comb in extreme close-up yields a deep appreciation for intricate, spiky shapes. The patterns in scaly chicken shanks and claws likewise transfix—never more so than when the documentary focuses on a one-legged bird gracefully hopping about. In the cattle scene, Kossakovsky incorporates wide shots—to accommodate the larger creatures—and includes Gunda’s only instance of slow motion, used to capture the cows running out of a barn. These formal anomalies notwithstanding, the bovine sequence exhibits Kossakovsky’s tight, unembellished, observational style, filming that affords us the pleasure of witnessing the incredible cascading movements of a vast system of tiny muscles as a cow twitches its ears. 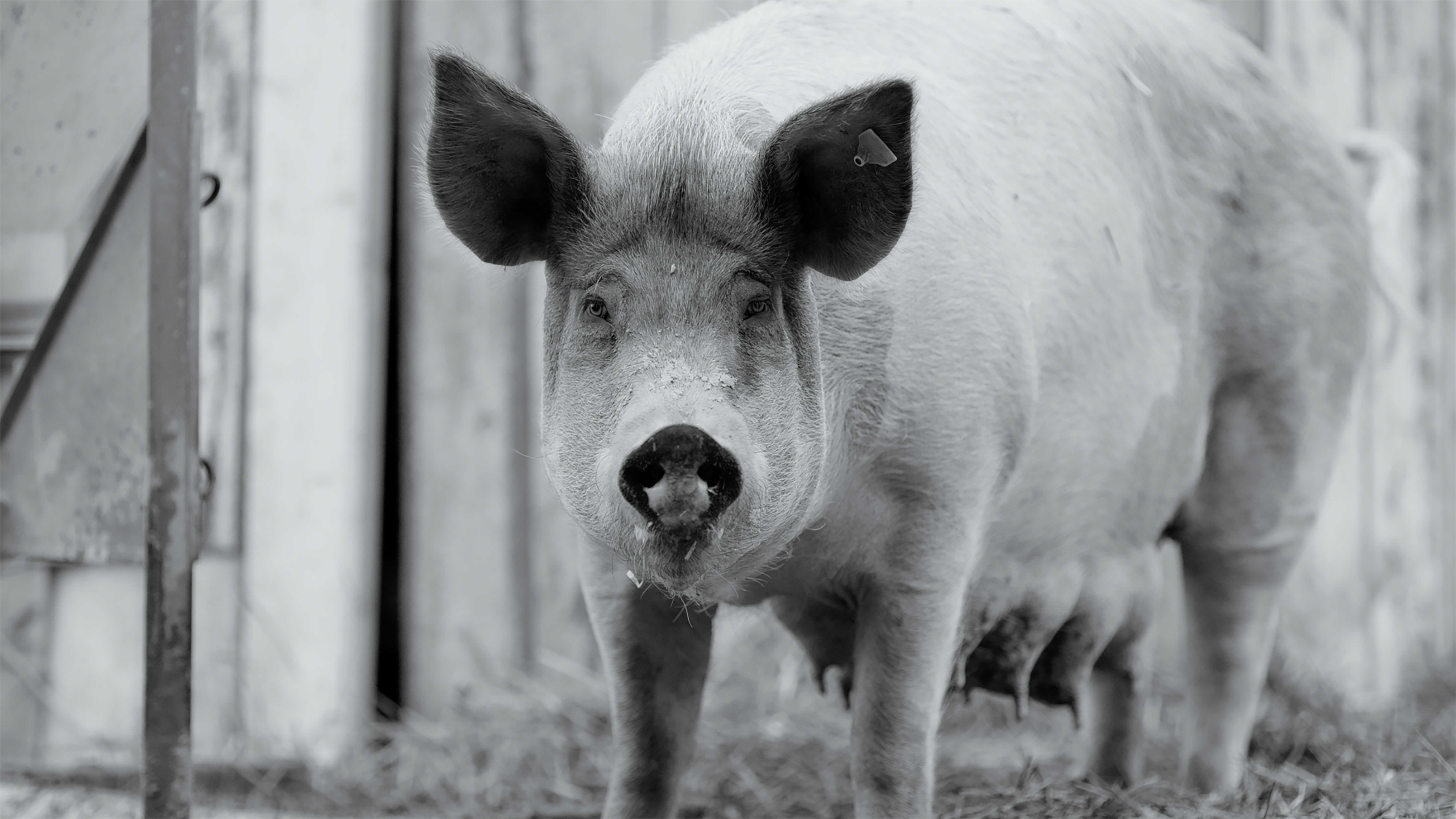 More than once the cows look directly at the camera—as does Gunda, most memorably near the documentary’s end, after that sinister tractor drives off. The dynamics of this gazing discomfit. As Berger writes, “The eyes of an animal when they consider a man are attentive and wary. The same animal may well look at other species in the same way. [The animal] does not reserve a special look for man. But by no other species except man will the animal’s look be recognised as familiar. Other animals are held by the look. Man becomes aware of himself returning the look.” In that heightened awareness, we may feel guilty, complicit, ashamed—or conversely—aloof, arrogant. Gunda asks that we feel something much less emotionally freighted but far more complex: connected.