London mourning: a series tracks the devastation of AIDS on a group of ’80s friends. 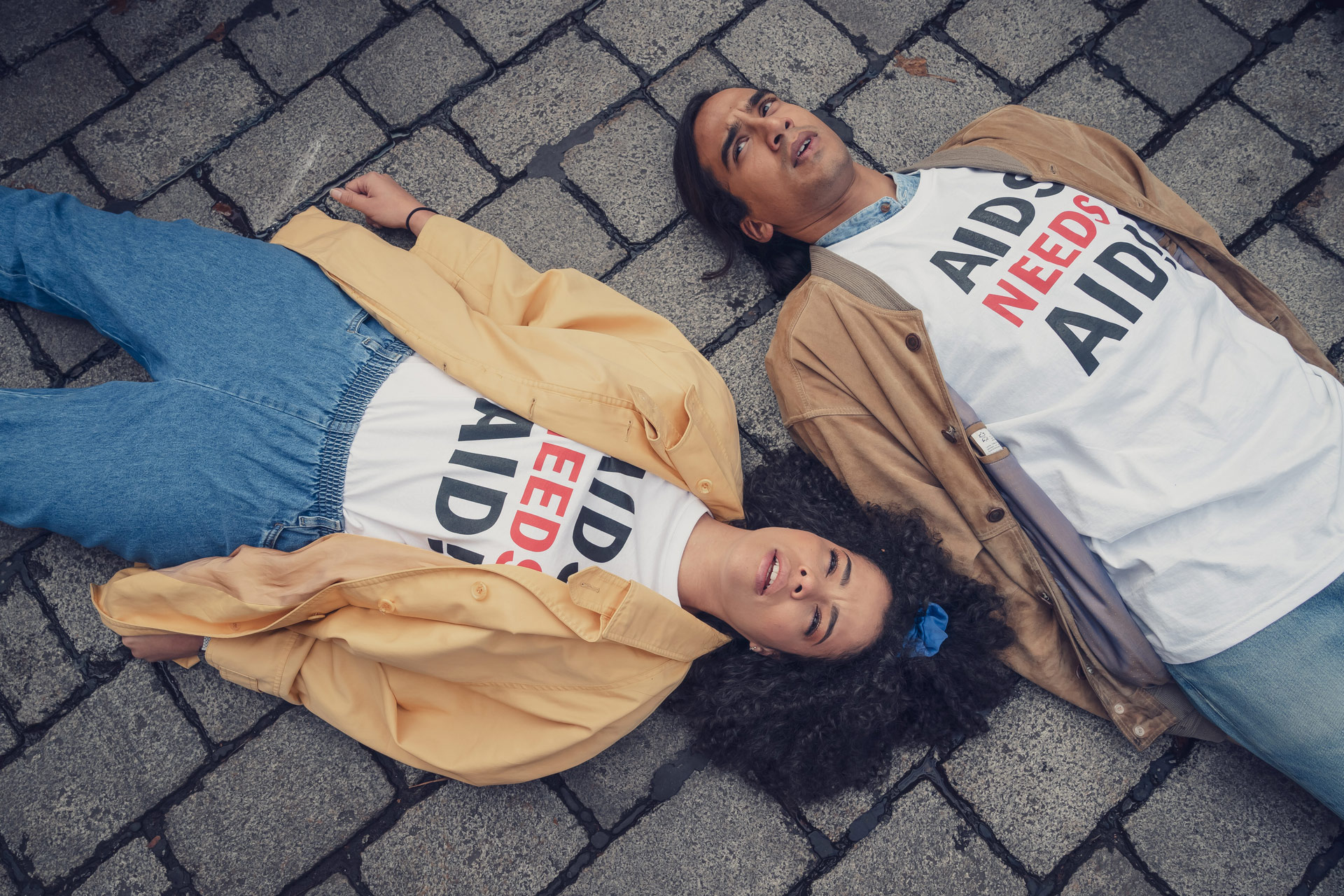 In the summer of 2019, I had the great pleasure of seeing and writing about Arthur J. Bressan Jr.’s ebullient 1977 documentary Gay USA, a new restoration of which was timed to coincide with the orgy of commemorations marking the fiftieth anniversary of the insurrection at the Stonewall Inn, the event claimed as the birth of the modern LGBTQ movement. Bressan’s film, which compiles footage of Pride parades held across the country in June 1977, is a radiant portrait of the homosexual agenda during a time marked by liberationist, utopian zeal, an ethos unmistakably reflected in this credo, spotted on a banner held high in Gay USA: DOWN WITH THE NUCLEAR FAMILY—ROOT OF ALL SEXUAL OPPRESSION.

As I mentioned in my piece for 4Columns, Bressan’s documentary presents a vital chapter “in a history still being made, revised, corrected.” Gay USA, an eyewitness account of then and there, gives us a keen sense of queer life in that prelapsarian moment just before the AIDS pandemic—the early, terrifying years of which have been the subject of numerous films and TV productions, fiction and non-, made in the past decade, seemingly eons removed from the time when a diagnosis of the disease equated both a death sentence and pariah status. These include the documentaries We Were Here (2011), United in Anger: A History of ACT UP (2012), and How to Survive a Plague (2012); an HBO adaptation of Larry Kramer’s play The Normal Heart (2014); BPM (2017), a drama about the Paris chapter of ACT UP; and Pose, the FX series about New York’s ball-culture scene, featuring several characters living with HIV or AIDS. Each of these rearview-mirror projects is distinguished by the extent to which it incorporates mourning and militancy, to cite the name of Douglas Crimp’s indispensable 1989 essay about AIDS activism.

That quality is particularly salient in the latest addition to this backward-glancing canon, It’s a Sin, a five-episode series about the ravages of the virus on a group of friends in London that spans 1981 to 1991. Created by the prolific Brit-TV maven Russell T Davies, who first came to prominence in 1999 as the showrunner for the Manchester-set Queer as Folk, the show leans heavily on mourning—the outcome of its preoccupation with the nuclear family. Undeniably fluid, buoyed by a cast of charismatic young performers, and even at times genuinely affecting, It’s a Sin nonetheless too often conjures up memories of deeply flawed gay weepies about AIDS made during the height of the disease, such as An Early Frost (1985) and Philadelphia (1993). Davies’s series illustrates how easily the retrospective view can become the retrograde one. 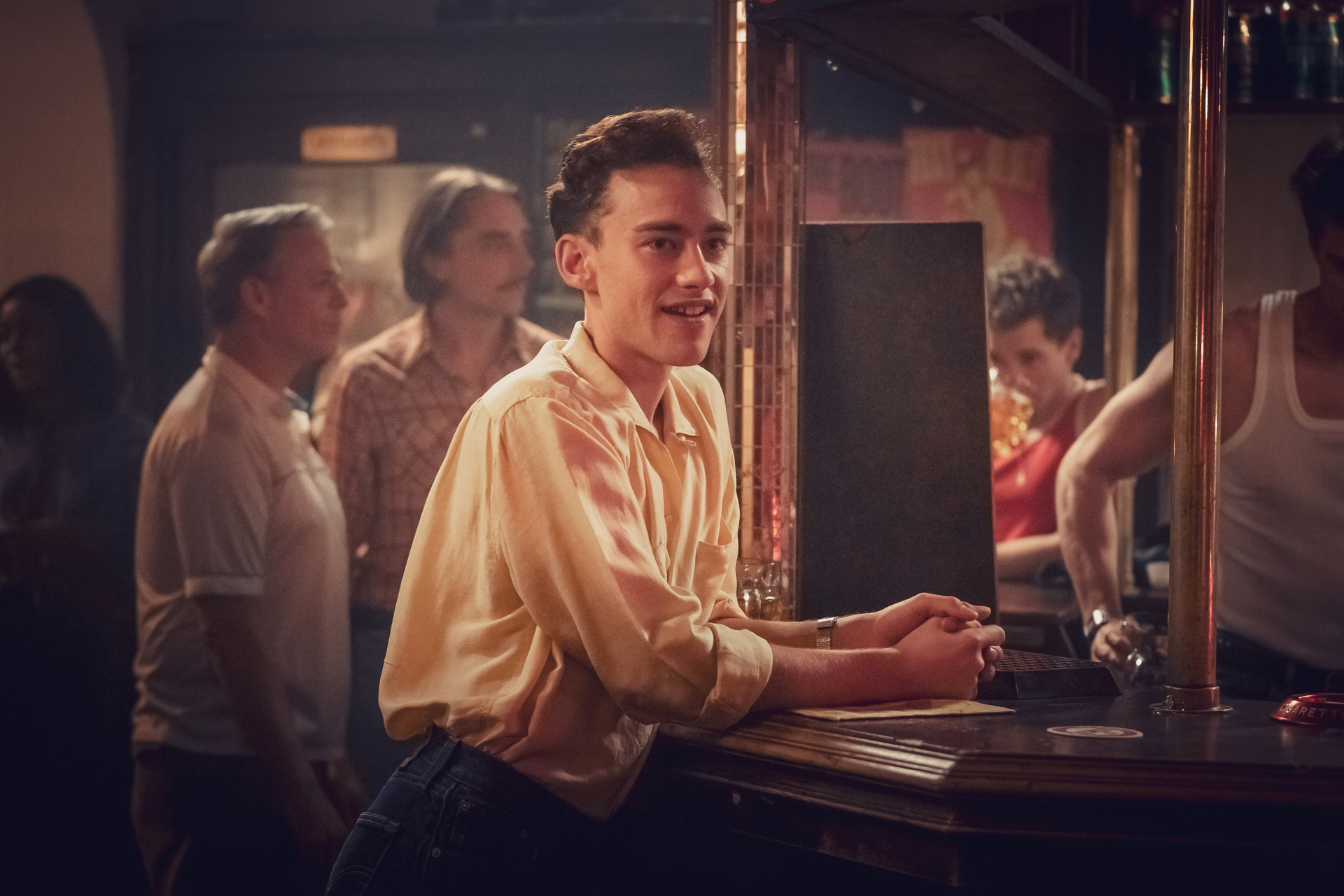 Montage-reliant, It’s a Sin fleetly introduces its main players in the first episode, date-stamped September 1981. Closeted Ritchie (Olly Alexander)—the show’s protagonist and a surrogate for Davies, who was born in 1963—bids farewell to his family in the Isle of Wight to begin university in London, where he quickly drops law to take up acting. At school he meets fellow drama students Jill (Lydia West) and Ash (Nathaniel Curtis), who becomes a sometime lover. Ritchie’s fuck friends also include Roscoe (Omari Douglas), now working at a homo nightspot after storming out of, in makeup and miniskirt, the house where his God-fearing Nigerian parents try to pray the gay out of him. That bent boîte is where these four pals meet Colin (Callum Scott Howells), a timid tailor’s apprentice newly arrived from Wales, and invite him to be their flatmate at the tatty floor-through they have dubbed the Pink Palace. 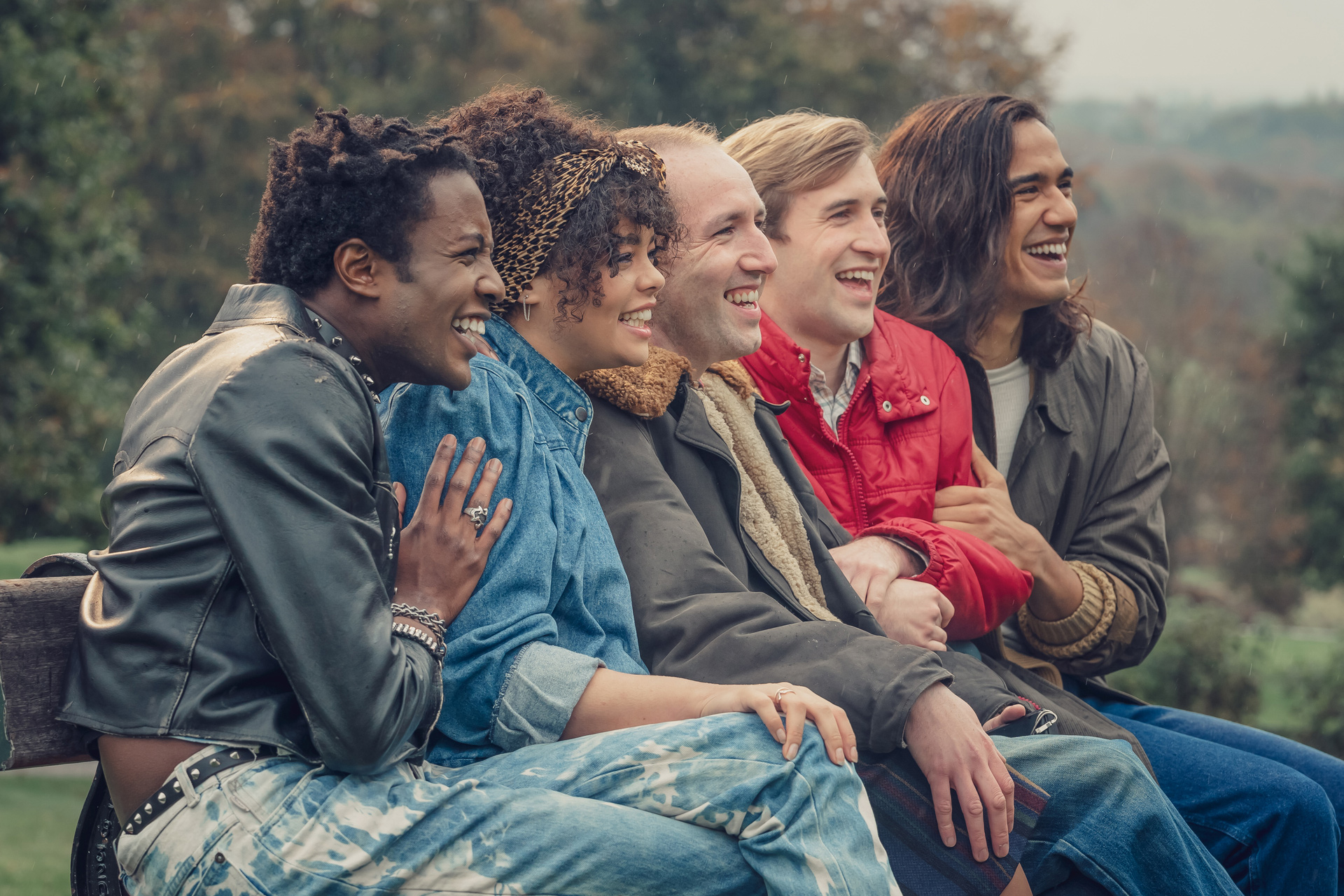 Their digs become a hedonistic den, the site of threesomes and moresomes—for most, but not all of, the boys, and certainly not for Jill, who fulfills the stereotypical function of the sexless straight woman devoted to providing emotional succor to her gay male friends. At one of the regular bacchanals hosted at the Pink Palace, amid the pulsing synth pop (the series takes its title from a Pet Shop Boys hit), a witchy guest warns Ritchie of the “gay flu that started in America and is coming over here”—an admonition that the wildly ambitious thespian decries, like so many of his contemporaries did, as anti-fun hysteria. 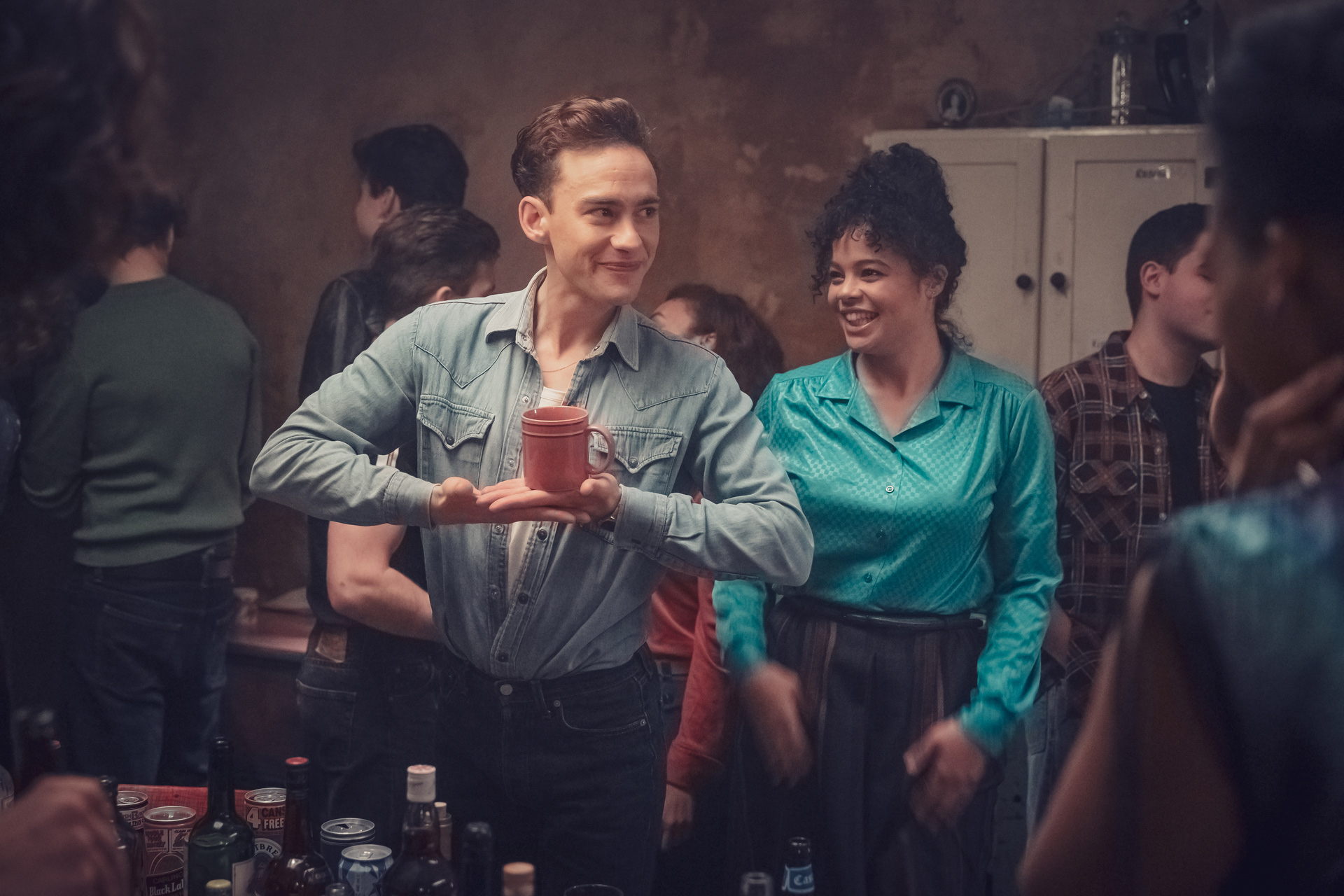 As It’s a Sin tracks the various fates of the members of this central quintet over the next decade, the show potently captures the wretchedness of these anni horribiles: how little was known about HIV and AIDS, how ignominiously those who contracted the virus were treated, how this ostracization intensified the shame and self-loathing of gay men, regardless of serostatus. While principal and secondary characters fall ill, Jill’s role shifts too: although she’s landed a plum gig as a member of the chorus of Les Misérables, then recently opened in the West End, her main occupation is to be cook, nursemaid, and health advocate to her sick mates. 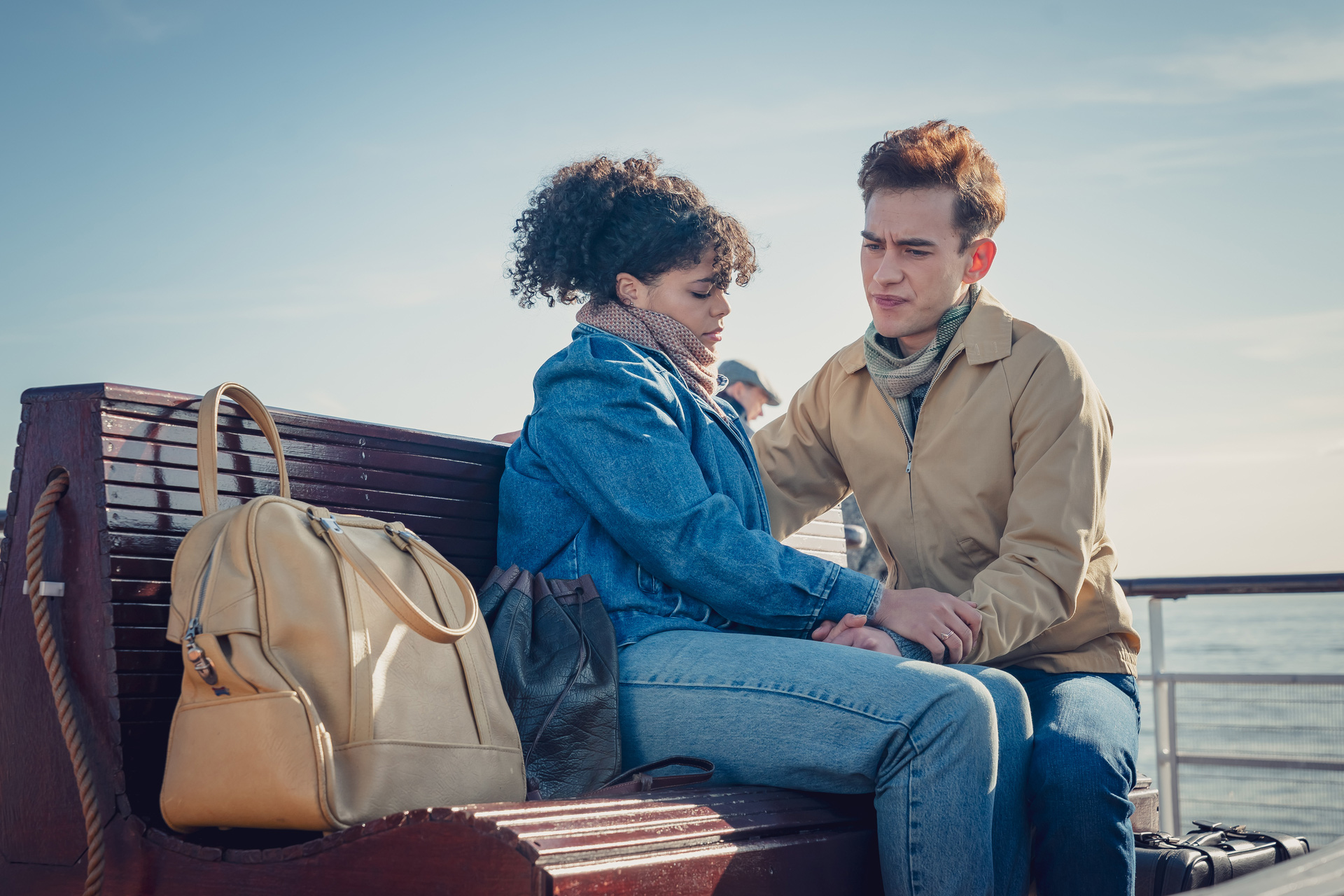 Jill’s ministrations often put her in conflict with the parents of these ailing boys, who’ve come to claim their sons after years of either willfully denying their offspring’s homosexuality or renouncing them altogether. And when these family members, no matter how cruel or deliberately obtuse, become involved with the care of their dying children, It’s a Sin deteriorates irrevocably into tear-soaked melodrama, as these mothers (especially) and fathers must contend not only with their own failings but more crucially—and dispiritingly—how the illness is affecting them.

This focus on the family never dominated the best of the films made during the grim era It’s a Sin depicts. Buddies (1985), for example, the first movie to take on AIDS and directed by Bressan (who succumbed to AIDS-related illness in 1987), centers almost exclusively on a friendship, slow to ignite, between two gay men, one settled into coupledom and the other languishing in a hospital room with the disease. I can’t recall kinfolk even being mentioned in Bill Sherwood’s Parting Glances (1986), an intimate portrait of creative-class gay Manhattanites, one of whom is living with AIDS. As Vito Russo noted appreciatively in The Celluloid Closet, the affliction doesn’t occasion mawkishness but rather is “there the way it is in New York City today; as a complex fact, dealt with differently by everyone.” 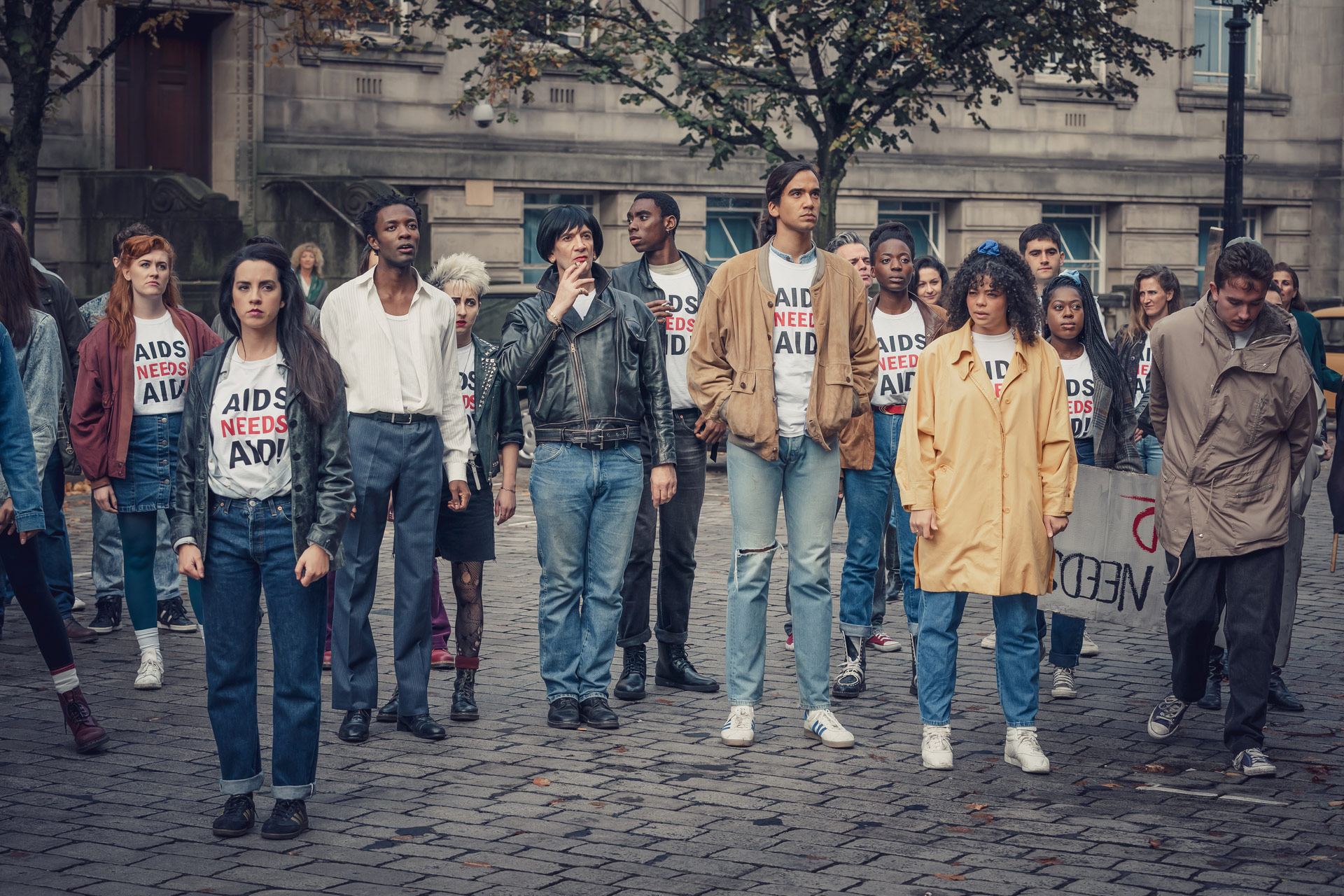 While parents and siblings abound in It’s a Sin, fury is scant. A lone scene is dedicated to a pitifully attended direct action, the participants wearing tees emblazoned with the odd declaration AIDS NEEDS AID!, in front of a pharmaceutical company. There is no mention of London’s ACT UP branch, formed in 1988, or OutRage!, the UK LGBTQ activist group launched in 1990 that figures prominently in Edward II (1991) by the gay British firebrand filmmaker Derek Jarman. It’s a Sin puts a strange spin on “silence equals death,” the most famous slogan of the peak of the plague years—that, sometimes, memorializing equals muffling.