In Kathleen Collins’s 1982 film, the search for “the ecstatic experience.” 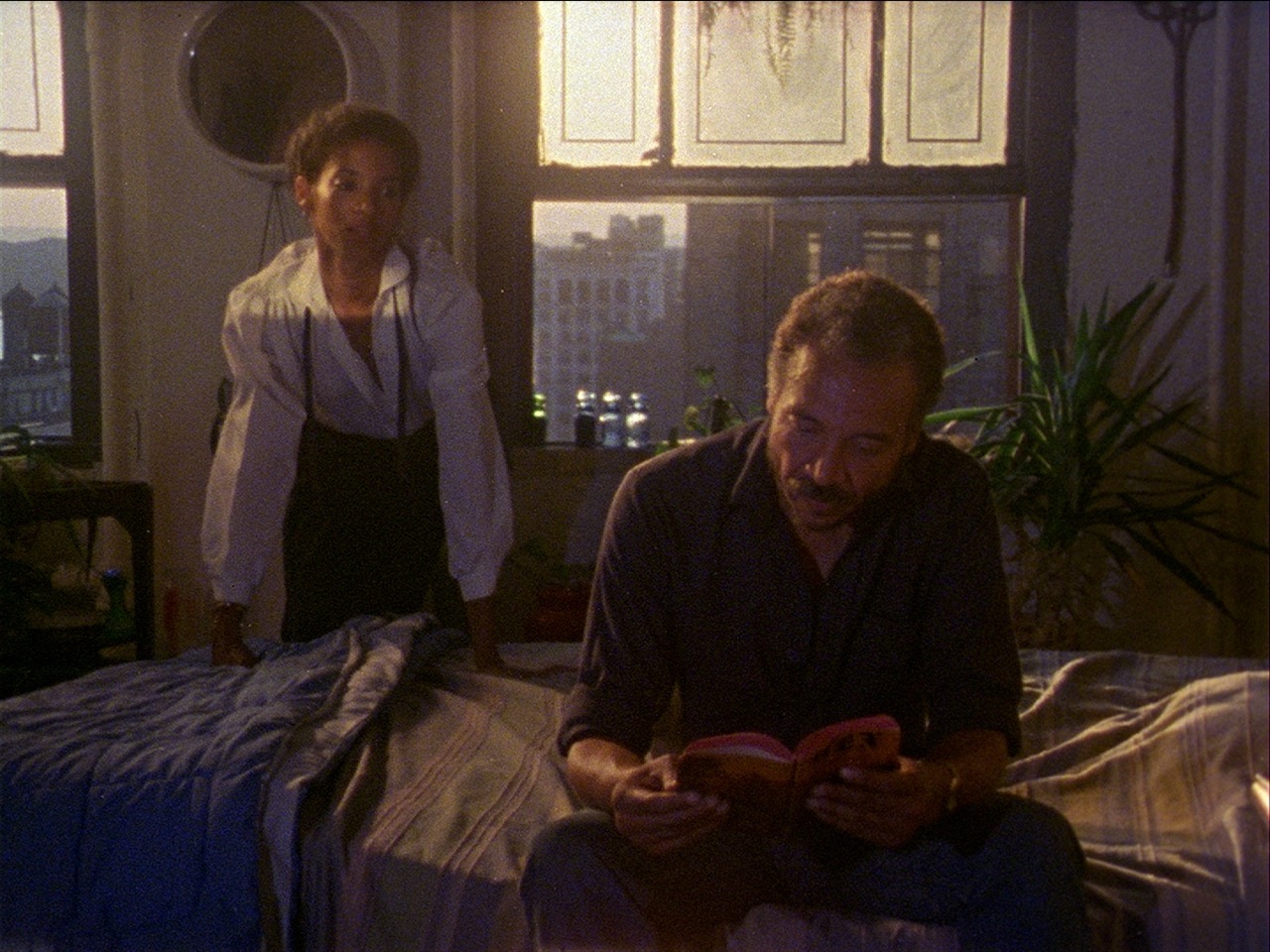 Losing Ground, written and directed by Kathleen Collins, available to buy or rent at Milestone Films or to stream on the Criterion Channel

During the past six miserable, movie theater–shuttered months, no algorithm, no “what to watch” listicle, no recommendations from friends, not my own trawling for rarities in the deceptive plenitude of film-streaming services has come even close to matching the inspired choices and connections made by repertory-cinema programmers, especially those in New York City. More than five years ago, genius curators at Film at Lincoln Center made it possible for me and many lucky others to see Losing Ground (1982), the only feature-length work by Kathleen Collins, who died of breast cancer at age forty-six in 1988. Beautifully restored by the indispensable Milestone Films, Collins’s movie screened as part of the FLC’s “Tell It Like It Is: Black Independents in New York, 1968–1986,” a phenomenal series that brought together some of the most underrecognized movies, of varying lengths and genres, by a collection of filmmakers too long overlooked. 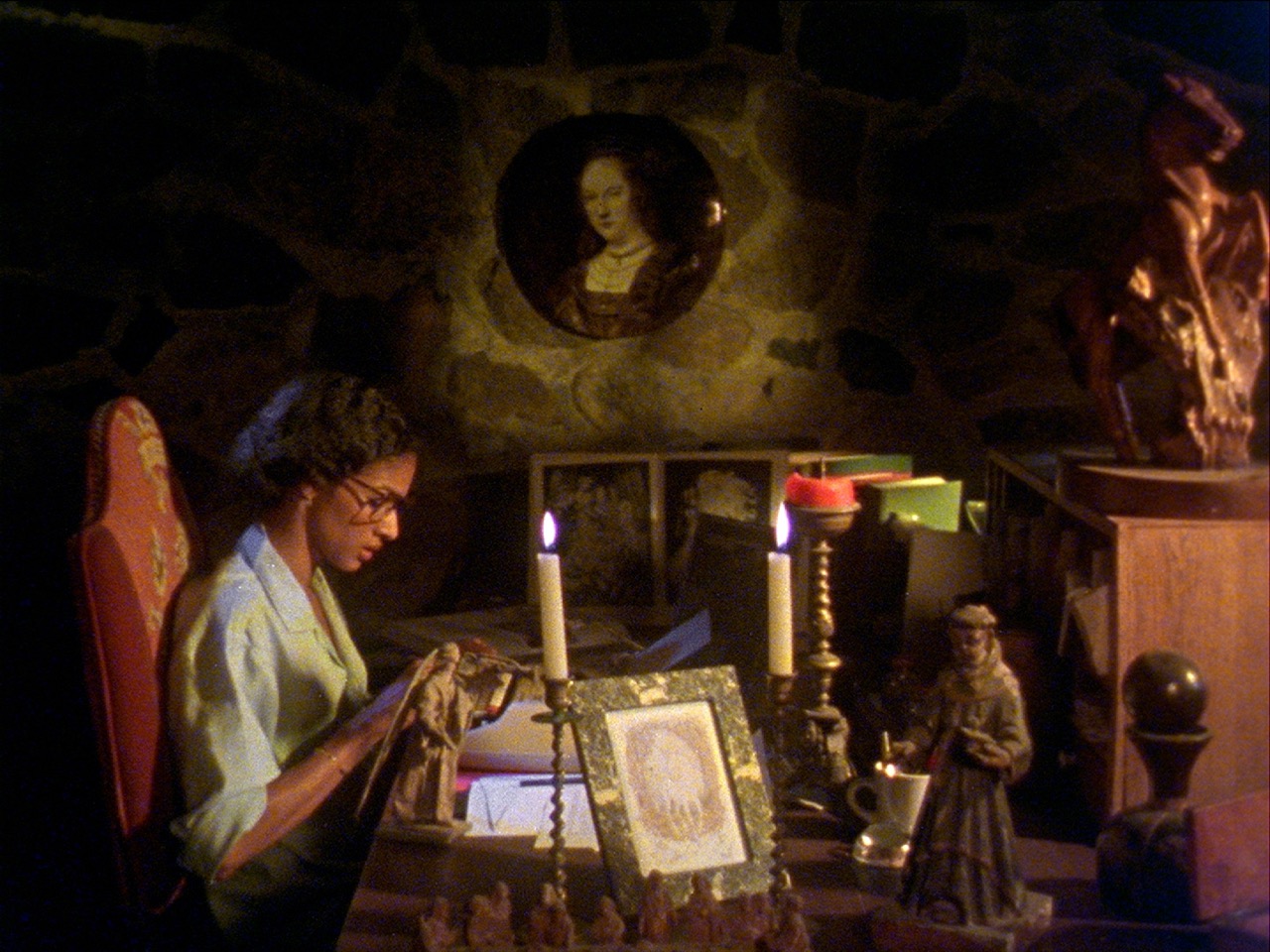 Collins—whose name was unknown to me at the time—is often cited as one of the first Black women to write and direct a feature-length movie, with Losing Ground preceding Julie Dash’s lush, oneiric Daughters of the Dust (1991) by nearly a decade. Receiving just a scant number of screenings in the years after it was made, Losing Ground, which had a proper theatrical release in 2015, kicked off by that FLC retrospective, can finally be appreciated as an essential work of American independent cinema. Defined by a nimble élan and piercing wit, Collins’s movie ranks as one of the best about a marriage between two ambitious members of the creative class. Possibly cinema’s first Black-female-intellectual protagonist, Sara (Seret Scott), a beloved philosophy professor, reads Saint Genet in her downtime and is assiduously researching “the ecstatic experience”—a concept she fears that her too-analytical, ordered mind forecloses in her own life. Her spouse, Victor (Bill Gunn), a supremely self-assured (as his name implies) abstract painter, makes this boast to Sara after one of his paintings is purchased for a museum’s permanent collection: “I’m a genuine success! Your husband is a genuine Black success!”

The line has a sharp bite, Victor drolly mocking the qualifying “Black” in his exultation. This piquant moment exemplifies Collins’s keen observations about race in Losing Ground, a film that calls attention to the sentimentality that too often attaches to narratives about Black life, a mawkishness that obscures and dishonors complex humans. Sara’s mother, a self-savoring stage actress played by Billie Allen, for example, offers this wry description of her latest production to her daughter and son-in-law over dinner: “Oh, it’s one of those family dramas. I play someone’s mother . . . a beacon of strength and humility. It’s a thoroughly colored play.” (Collins also remains ever alert to the pieties and clichés surrounding race in Whatever Happened to Interracial Love?, a collection of undated, previously unpublished short stories issued in 2016; in the book’s title story, racial categories are consistently enclosed in scare quotes, as if to suggest their absurdity or inadequacy as descriptors.)

Just as astutely, Collins assays the strains that inevitably arise in a long-term relationship, no matter how electric it may seem. Married for a decade, Sara and Victor are still clearly in love; their long, lusty kiss after he crows about the sale of his painting reveals a carnal heat nowhere close to being dampened. Their conversations, with each other and with those in their larger orbit, are about art and ideas, loamy talk that further evinces a dyad not in danger of growing stale. But his selfishness stings: Victor’s proposal that they leave their Manhattan apartment for the summer to rent a bigger place in Rockland County where he can paint landscapes doesn’t take into account Sara’s need to be close to a well-stocked library for her research purposes. “If I did something artistic, like write or act, would that get me a little more consideration?” she snaps. Victor’s chilly response: “If you were any good.” 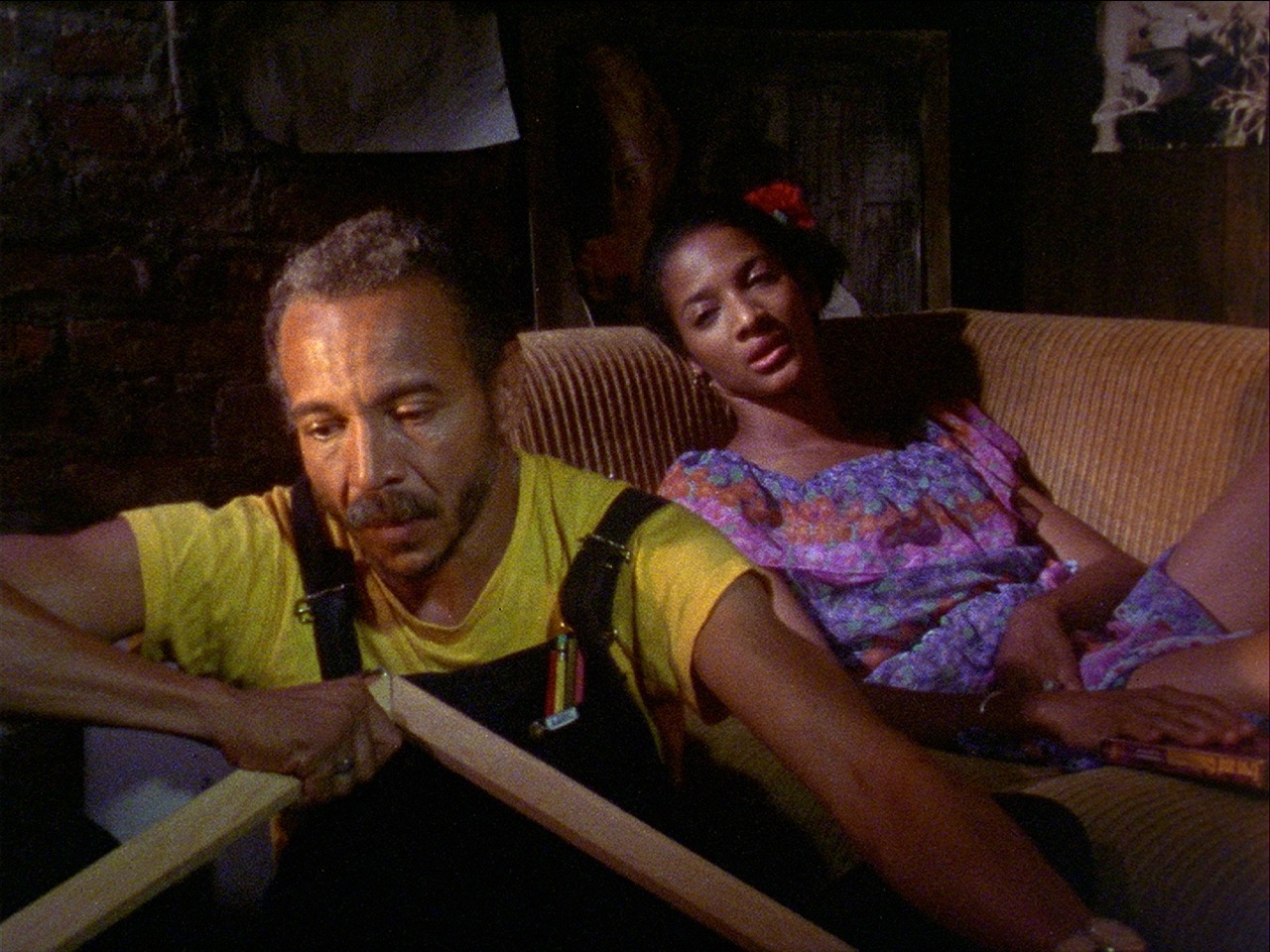 Though she’s furious at Victor and achingly envious of the “private ecstasy” his work provides him, Sara—once she gets a look at the stone manor set amid pastoral splendor that a real estate agent shows them—ultimately can’t say no to relocating for a few months to a hamlet outside the city. The change of scenery, in fact, seems to have loosened something in her—so much so that she finally agrees to act in the thesis film of one of her especially boisterous, persistent students, the monocle-sporting George (Gary Bolling). He’s cast Sara as the female lead in his reimagining of the love-triangle folk ballad “Frankie and Johnny”; playing opposite her is George’s debonair uncle Duke (Duane Jones), who, unlike Victor, finds Sara’s scholarly pursuits fascinating.

While Sara stays in the city for a few days for the film’s shoot—an ecstatic experience finally within reach—Victor remains upstate, distracting himself with Celia (Maritza Rivera), a local woman who agrees to sit for him. Sara has long inured herself to her husband’s philandering—“There have always been women,” she tells her mother during a heart-to-heart—but she cannot countenance his hypocrisy and cruelty when she brings Duke for a visit to their country digs.

Even during the scenes of Losing Ground that most closely adhere to marital melodrama—moments, that is, between Sara and Victor that seem to mirror the outsize emotions of George’s interpretation of “Frankie and Johnny”—the film remains loose and agile, largely owing to the magnetism of the performers. Playing a character who, like many of the female protagonists in Collins’s fiction, is frustrated, occasionally inconsolable, but never self-pitying, Scott entrances with an understated grandeur. Victor’s most abhorrent traits—solipsism chief among them—are softened by Gunn’s duende, a bewitching amour propre shared by Jones. 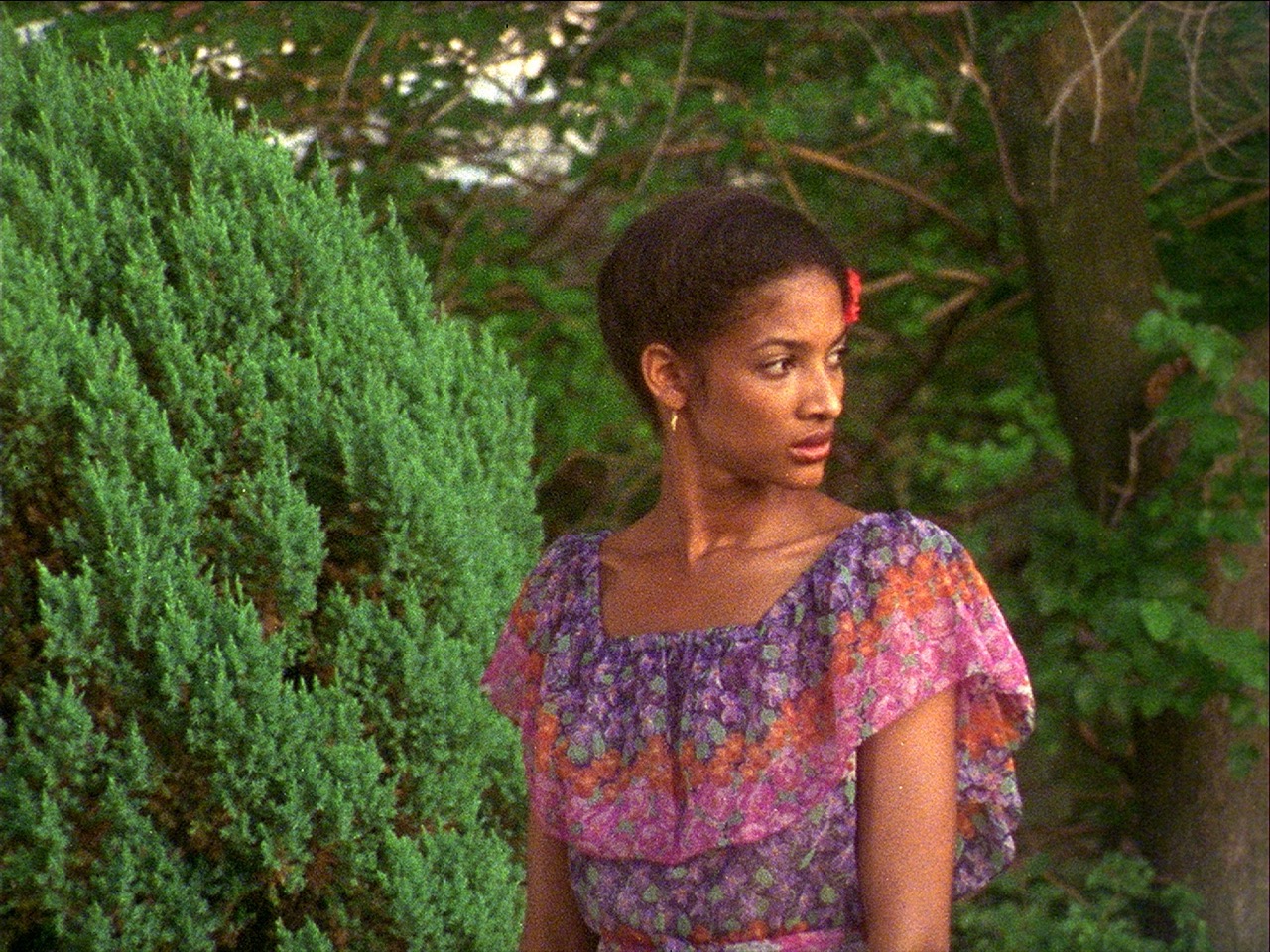 Losing Ground also benefits from a long-established camaraderie among the principal cast and crew. Jones and Gunn had acted together before, in Ganja and Hess (1973), a seductive, wildly disjunctive vampire movie and the second of three films directed by the multihyphenate Gunn, who also wrote for the stage and screen and published two novels (and who, like Collins, died much too young, at age fifty-four in 1989). Losing Ground also marked the second collaboration between Gunn and Collins: in 1975, she was the assistant director for Black Picture Show, a play he wrote and directed. Centering on a playwright-filmmaker father and his movie-director son—both stand-ins for Gunn—who are driven mad by the artistic compromises demanded of them, Black Picture Show was just one of many autobiographically informed projects by a man who tried to expand, if not trouble, the meaning of “genuine Black success.”

As for Losing Ground’s other key catchphrase, “the ecstatic experience”: even when watched in the least ideal circumstances—in my case, on a whirring four-year-old laptop that has been my puny makeshift cinema since mid-March—Collins’s movie still elates.