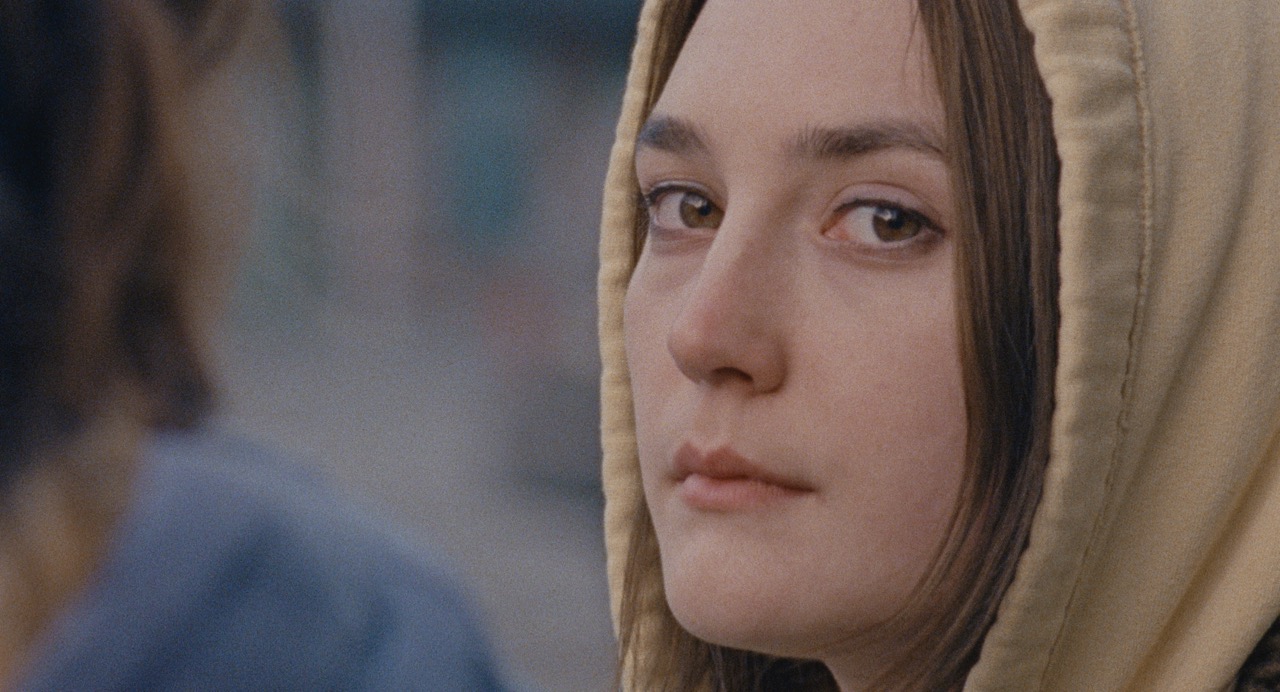 Aggressively marketed to by movie studios, teenagers in the US might have a hard time recognizing portrayals of themselves onscreen. Too often the American adolescent in cinema, especially in the past few years, is a chalky outline, a dispenser of wan repartee, evidenced in last year’s Booksmart. When the focus is on burgeoning sexuality, as in Love, Simon (2018), about a closeted high school boy, teen films exhibit even more timidity, presenting the most anodyne versions of unruly desire.

The films of writer-director Eliza Hittman provide a stimulating alternative to these cautious, cardboard productions. Her first two movies, It Felt Like Love (2013) and Beach Rats (2017), track the awkward, turbulent sexual lives of young protagonists living in deepest Brooklyn. In the former, mousy fourteen-year-old Lila (Gina Piersanti), a resident of Gravesend, decides to emulate her carnally confident best friend—behavior that results in a discomfiting sentimental education. In the latter, Frankie (Harris Dickinson), a Sheepshead Bay stud in his late teens, spends his days peacocking for the ladies with his buddies at Coney Island; at home in his basement bedroom, though, he obsessively clicks through MSM sites, arranging dates with older guys. Paying close attention to the emotional entropy of her characters and their Kings County environments (sections of the borough rarely depicted), Hittman proved herself one of the finest chroniclers of adolescence. 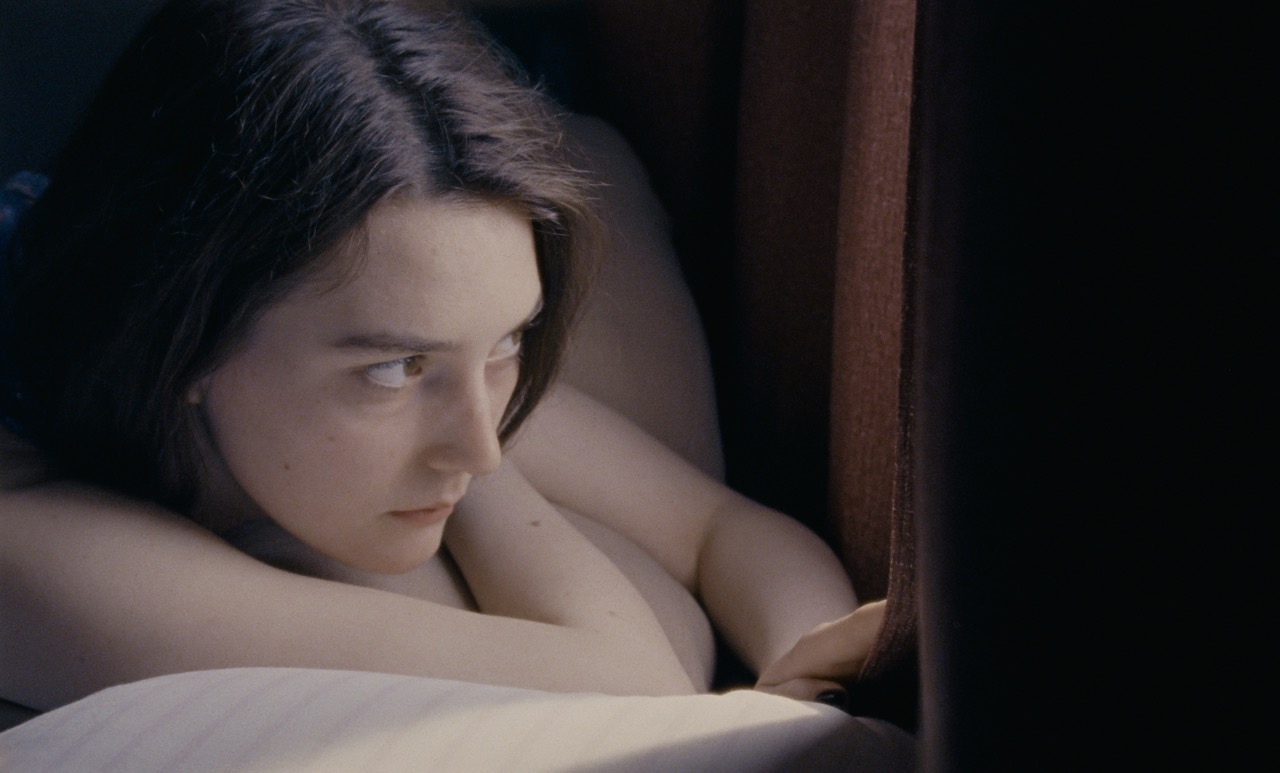 Never Rarely Sometimes Always, Hittman’s third feature and another tale of teenage sexuality, further cements that status in a much more ambitious project. The filmmaker expands her geographical scope, setting part of the movie in Pennsylvania, and takes on a topic—the erosion of reproductive rights—of national urgency. Refusing to grandstand, Hittman has made a vital film about the perils of female adolescence in a country rank with hypocrisy, hysteria, and worse about sexually active young women.

The movie briskly establishes the pariah status—and the resilience—of its seventeen-year-old heroine, Autumn (Sidney Flanigan), in its opening scene: a montage of acts at a talent show in a high school in a small, economically depressed Pennsylvania town. (Never explicitly identified, this location is Shamokin, situated in the state’s coal region.) Sporting sparkly eye shadow and a pale-pink satin jacket adorned with a musical note, Autumn accompanies herself on acoustic guitar, sweetly crooning “He’s Got the Power,” a bit of Brill Building pop from 1963 (and a ditty with sinister lyrics: “He makes me do things I don’t want to do”). From a scrum of male classmates in the audience, someone barks “slut”; Autumn shoots a baleful stare into the crowd and keeps singing. Later, celebrating her performance at a pizzeria with her family—including her stepfather (Ryan Eggold), whose petulance with Autumn hints at a grim home life—the teenager tosses a drink in the face of a meathead who insulted her with a blowjob gesture.

Autumn may be tough, but she soon finds herself in an extremely vulnerable, overwhelming position. The slight paunch she’s noticed in the mirror leads her to a pay a visit to a walk-in clinic, where her pregnancy is confirmed. Staffed by solicitous women, this establishment has a particular agenda: Autumn is given pamphlets on adoption and the “rights and responsibilities of the father”; during a sonogram at a follow-up appointment, the technician coos to Autumn as she looks at the fuzzy imagery on the screen, “And this is your beautiful baby.”

With characteristic concision, Hittman reveals the insidious ideology of this organization, one of the many “pregnancy centers” in the US, which appear to be nonpartisan, as you’d expect any medical office to be, but are adamantly anti-choice. The propaganda fails to dissuade Autumn, who’s committed to terminating the pregnancy—and to keep her condition a secret, a situation that makes getting an abortion in her home state, which requires all minors seeking the procedure to obtain parental consent, an impossibility. 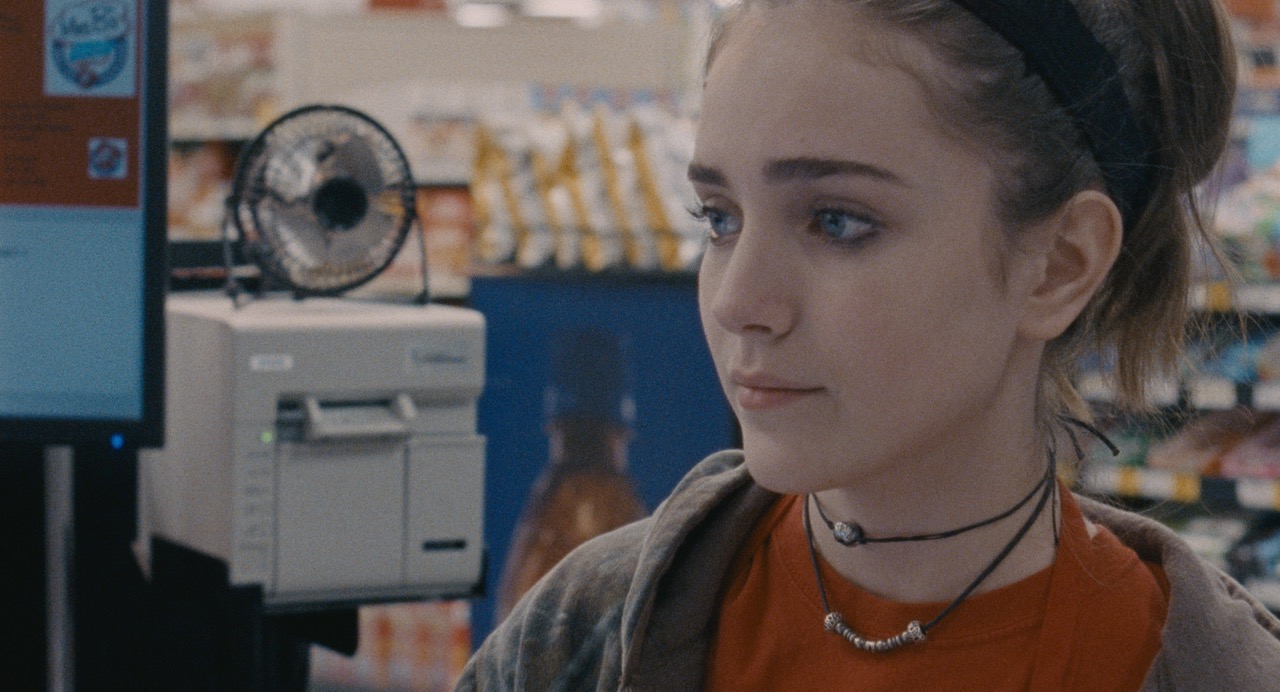 Autumn’s isolation, sharply underscored by brief scenes of the girl trying to induce a miscarriage (gulping down pills, punching herself in the gut), ends when her cousin and closest friend, Skylar (Talia Ryder), senses that her relative’s nausea isn’t caused by just a stomach bug. Skimming from the till at the grocery store where she and Autumn work as part-time cashiers, Skylar secures bus fare for the two of them to New York City, where reproductive rights for teens are enshrined. (The petty theft also serves as retaliation for the skeevy behavior the girls must endure from their shift manager, one of several adult men in the film who view degrading female adolescents as their inalienable right.) 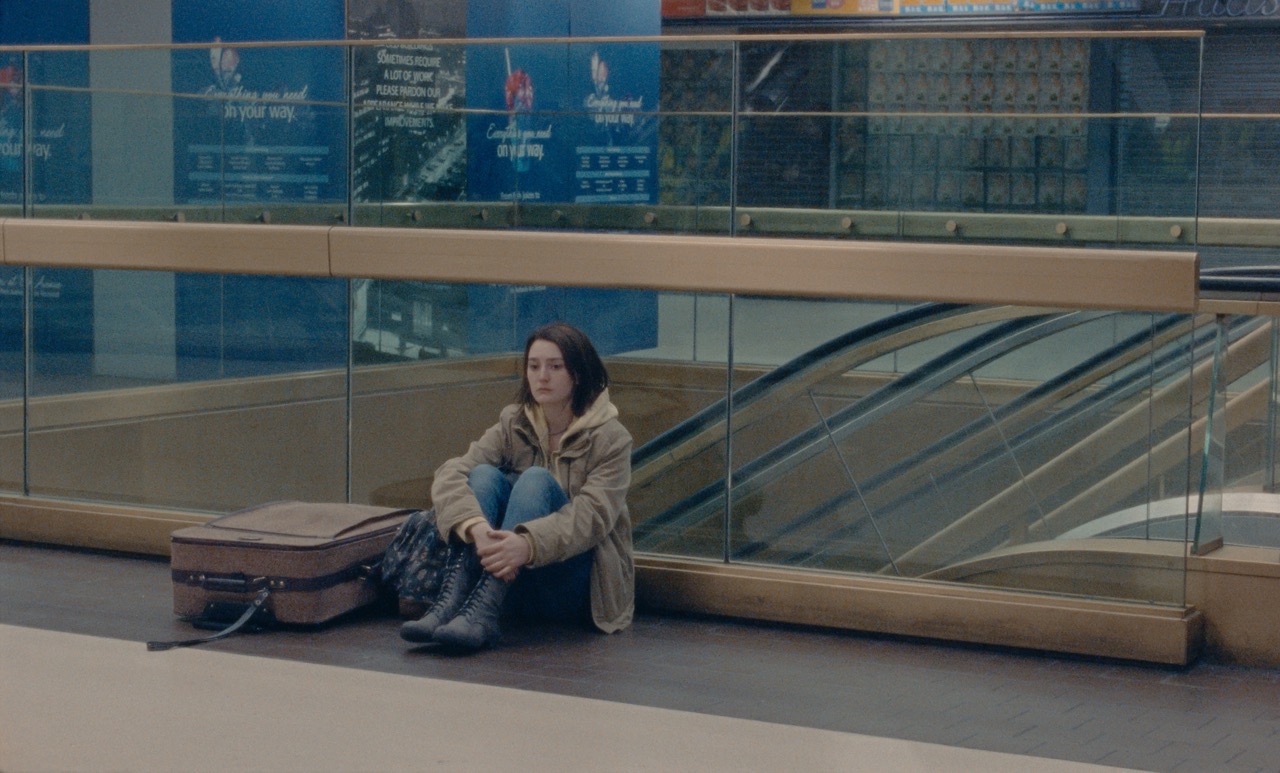 However welcoming the city might be in terms of legal protections, New York is far from hospitable. Winding their way through the mazes of Port Authority, Autumn and Skylar, who lugs a suitcase that dwarfs her tiny frame, quickly discover how unnavigable the city can be: temperamental MetroCard vending machines and turnstiles, confusing subway transfers, broken escalators. Further logistical nightmares await. Arriving at the Planned Parenthood in downtown Brooklyn late in the afternoon, Autumn is told that she is eighteen weeks pregnant (not ten, as the clinic at home had misinformed her) and that she must report the next morning to the Manhattan branch to arrange for a second-trimester abortion—a two-day procedure. 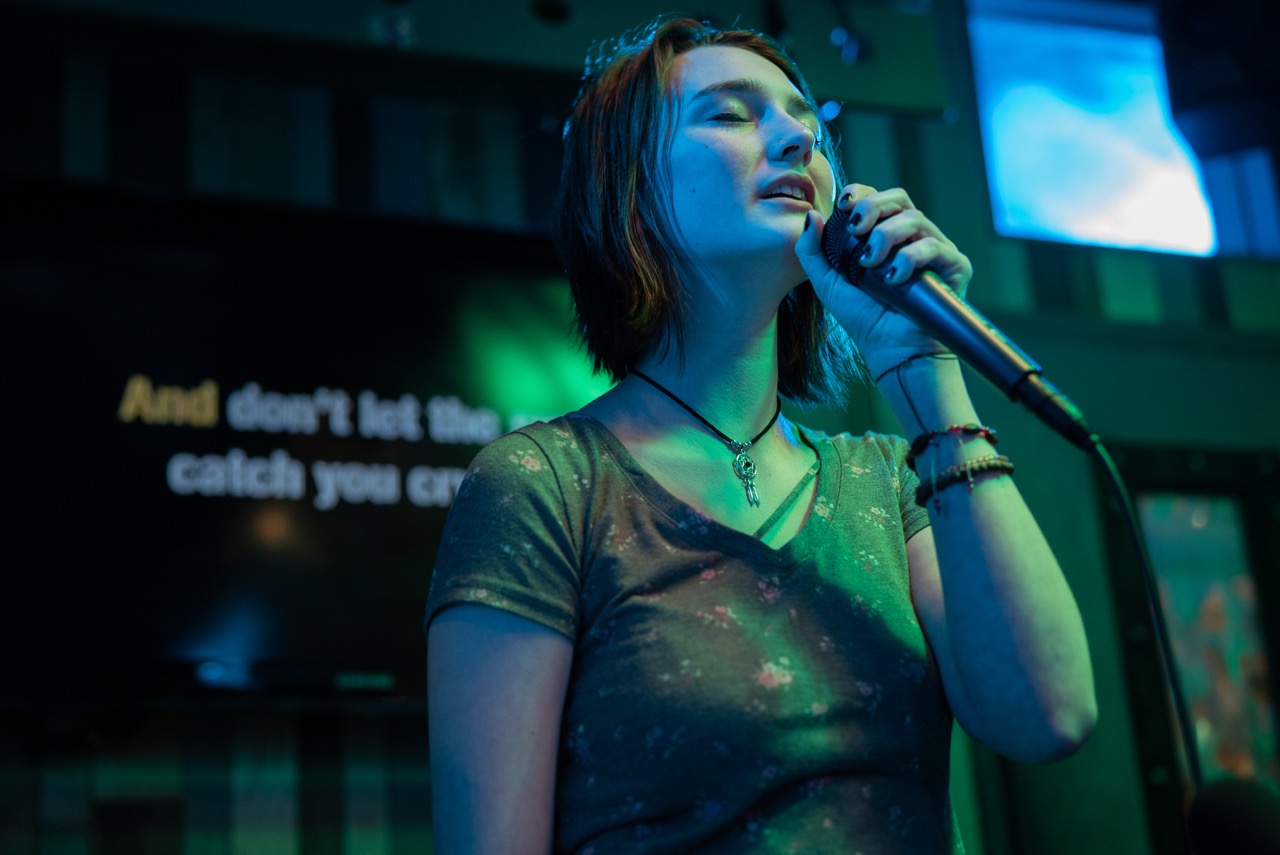 Worried about conserving funds, Autumn and Skylar stay up all night during their unanticipated three-day stay, bouncing from the Port Authority waiting room to a twenty-four-hour arcade to a Chinatown bakery to a bowling alley to a karaoke room. These segments highlight Hittman’s gifts not only for capturing teens reveling in small pleasures—Skylar’s delight as she plays Dance Dance Revolution or Autumn’s as she sings along to a Merseybeat classic recalls Frankie and his pals blissing out in a vape parlor in Beach Rats—but also for casting. Flanigan and Ryder both make their feature-film debut in Never Rarely Sometimes Always, and each young woman brings an appealing stripped-down rawness to her performance. Their camaraderie, especially while traversing New York, is likewise unvarnished—and unwavering, never more so than when Skylar exploits the attention of a pathetic, possibly college-age lothario (Théodore Pellerin) to secure more desperately needed cash. 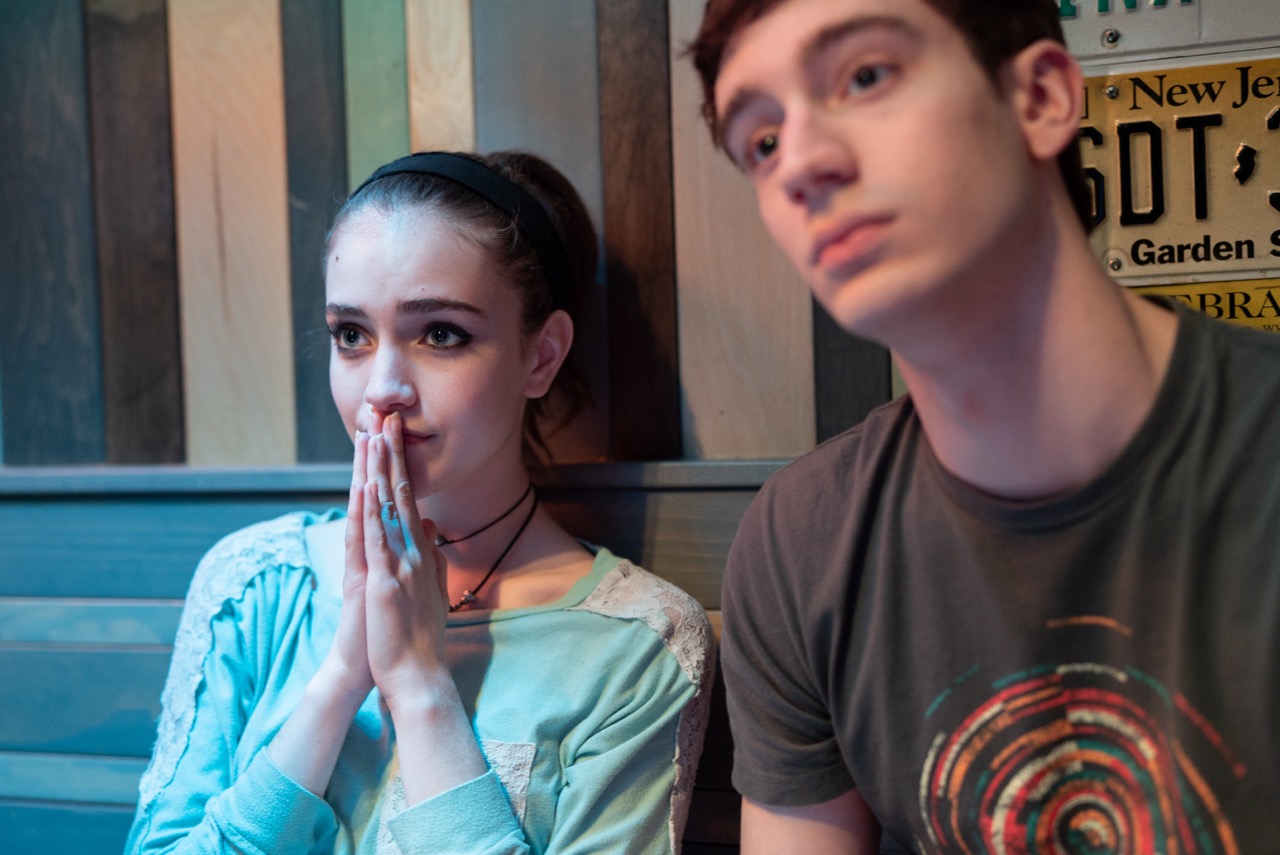 And yet the dynamic that leaves the strongest impression in Hittman’s movie is that between Autumn and a social worker at the Bleecker Street Planned Parenthood. She is portrayed by Kelly Chapman, who served as an on-set consultant and plays a version of herself here. “I wanna make sure you’re safe and I want to help you if I can,” she explains to Autumn in a steady, calm, kind voice. While Kelly asks her a series of questions about her sexual history, partners, and practices—the multiple-choice answers to which provide the film’s title—the camera stays on Autumn in tight close-up. The teenager’s responses—and the pauses she takes before determining how often she’s been in situations that no person should ever be in—lay bare sordid truths facing too many women of any age. With four adverbs in one five-minute scene, Hittman’s movie articulates the indispensability of reproductive freedom, so precariously close to total eradication.