This new heist movie is a crime. 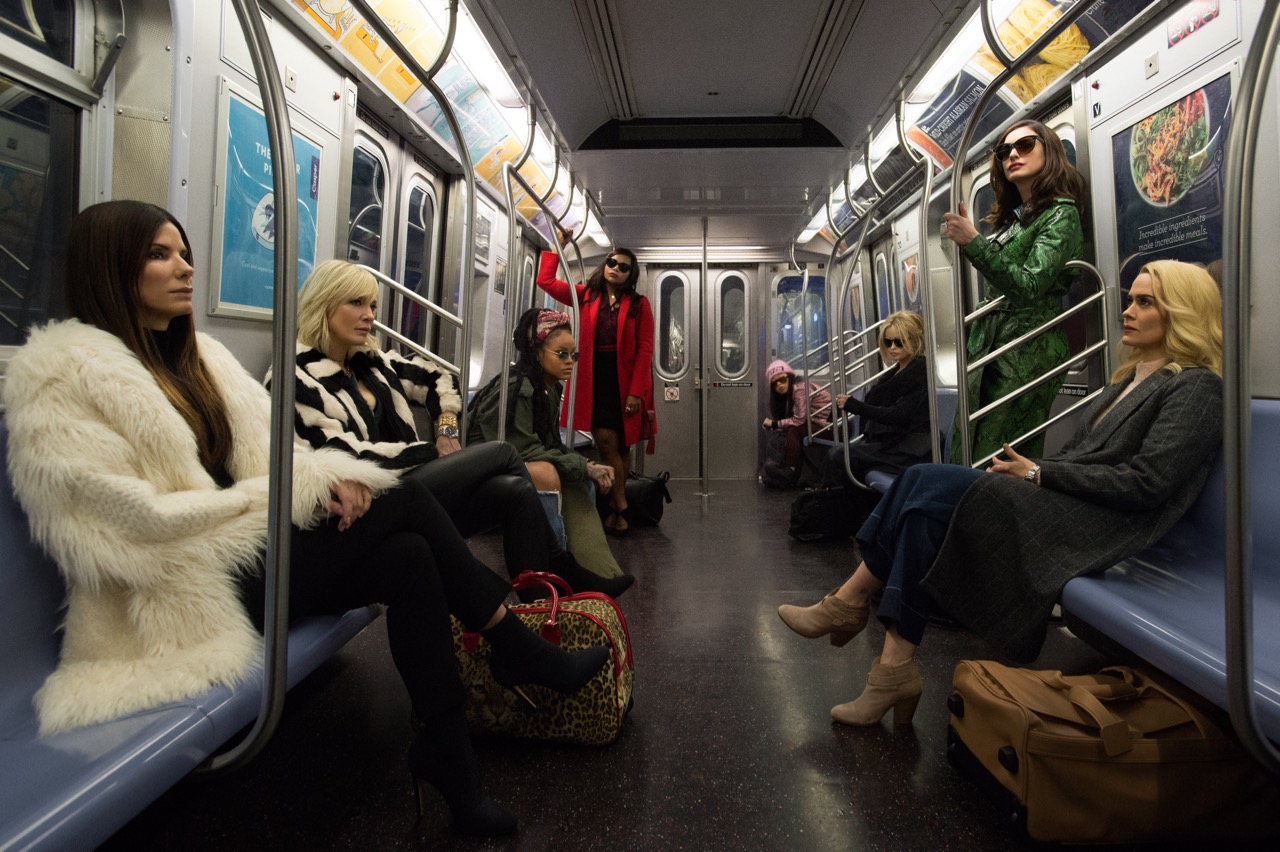 As archetypes of gimcrack entertainment, both the original, Rat Pack–starring Ocean’s 11 from 1960 and Steven Soderbergh’s 2001 remake can, if nothing else, be appreciated as a kind of Rosetta stone, deciphering the codes of A-lister masculinity of their respective eras. The premise for each is the same: a group of loosely associated friends and/or crime confederates is called together by a kingpin to rob several Las Vegas casinos. Sexist, smug, racist, and cirrhotic, the heisters in the earlier film—with Frank Sinatra as the mastermind of the title and Peter Lawford as his chief lieutenant (and equal in caddishness)—shared one unimpeachably virtuous trait: they were all veterans of World War II. None of the gang in Soderbergh’s version—which features a more racially and generationally diverse cast, led by George Clooney as Danny Ocean, who’s assisted by Brad Pitt’s Rusty Ryan—claim any ennobling military service. But their more lightly worn suavity, their less brittle sense of manhood, stands as its own type of valor. Soderbergh and the fellas reunited for two more Ocean’s films, in 2004 and 2007; by then, Clooney and Pitt weren’t just People’s “Sexiest Man Alive” laureates but also high-profile humanitarians. Their righteous work offscreen seemed to ensure that these larky movies would never be tainted by retrograde machismo.

I had hoped that Ocean’s 8, the all-distaff redo of the property—boasting an ensemble whose varying levels of star wattage equal, with near algorithmic perfection, that found in its predecessors—might act as a similar kind of diagnostic tool of female celebrity. The CT scan has come back, and the results are grim: all members of the octet (save for one inveterate over-emoter) have been flattened and scrubbed of nearly any vivifying trait. The actresses are subordinate to the film’s true topliners—the luxury products name-checked and the Met Gala, the logistics of which motors much of the plot and where the ladies’ labyrinthine robbery of millions’ worth of precious stones takes place. If Ocean’s 8 is any guide, to be a female star in 2018, whether long-reigning or ascendant, is to be little more than a cog in the infernal machinery of cross-brand promotion.

Directed, with minimal regard for visual style or narrative tension, by Gary Ross—best known for helming the first Hunger Games installment (2012)—Ocean’s 8 begins, as Soderbergh’s film does, with its eponymous protagonist wearing prison scrubs and sitting before a parole board, promising to make good if released. (Ross cowrote the screenplay with Olivia Milch; Soderbergh is one of the movie’s producers.) The just-sprung yardbird is Debbie Ocean (Sandra Bullock), sister of now-dead Danny. She’s an instant recidivist, running cons at Bergdorf’s and the Plaza Hotel, where she soaks in a bubble bath and sets out to make a reality the intricate big score she devised during her five years–plus behind bars. 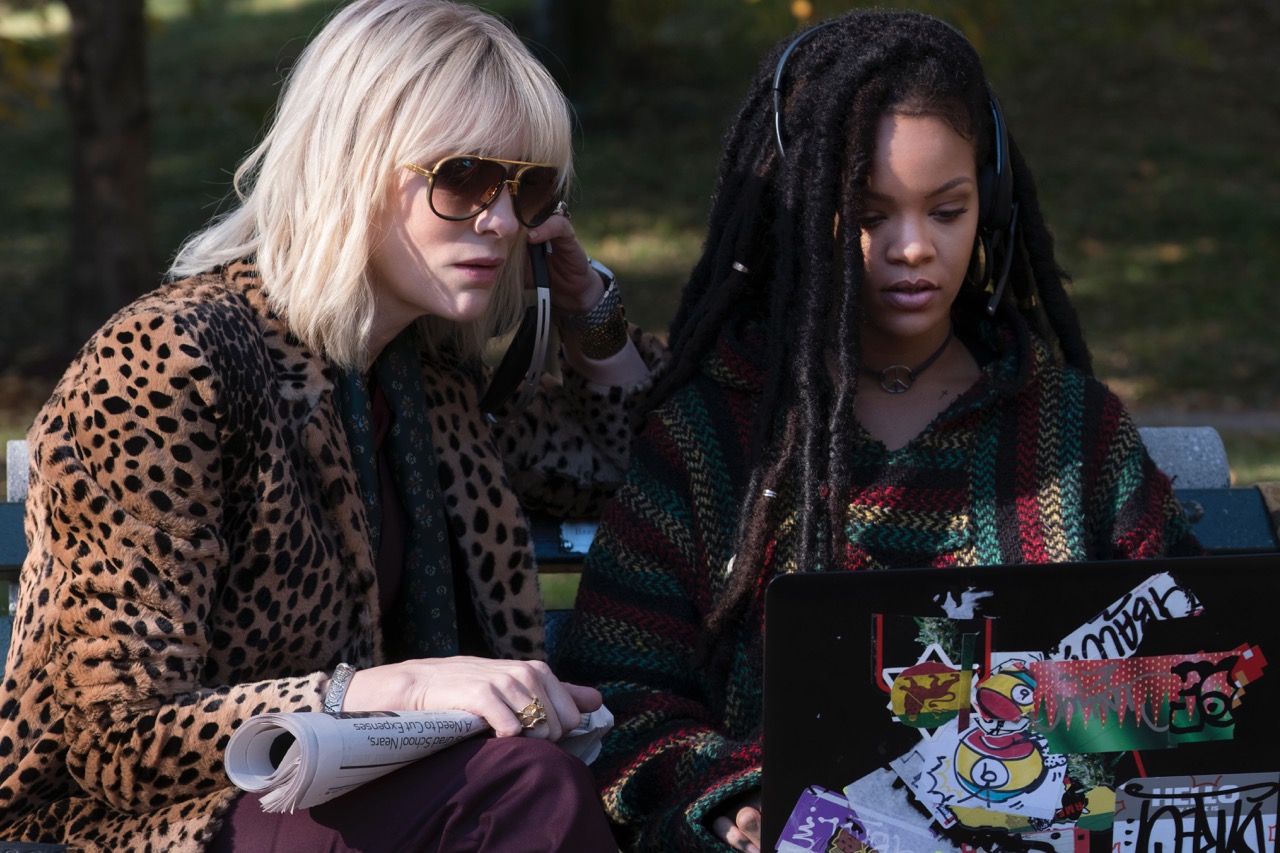 The first act of Ocean’s 8, like that of its forerunners, tracks the assembly of the team that will pull off the heist. In the earlier films, this section highlighted each malefactor’s particular skill or personality; even the mostly insufferable Ocean’s 1.0 boasts kicky charm whenever Dean Martin or Sammy Davis Jr. breaks into song. Debbie and her crew, in contrast, are a jumble of strenuously generic distinctions. Her aide-de-camp, Lou, is played by Cate Blanchett; she sports a Sia-esque blunt bob, favors leather and leopard print, and rides a motorcycle—markers of high-femme villainy as watered down as the gallons of diluted premium vodka Lou commands a small battalion of underlings to mix in the basement of a nondescript upscale club. As a hacker named Nine Ball, Rihanna, among the most alluring people on the planet, isn’t given a role to inhabit but a semaphore to embody. She’s a constellation of creaky “Caribbean” signifiers: rope-thick dreads, Rasta cap, a fondness for hot sauce. Mindy Kaling, playing ace jewel-cutter Amita, is absent for such a long stretch of the film that, when she reappears, I had to remind myself that she’s supposed to make up 12.5 percent of the movie. 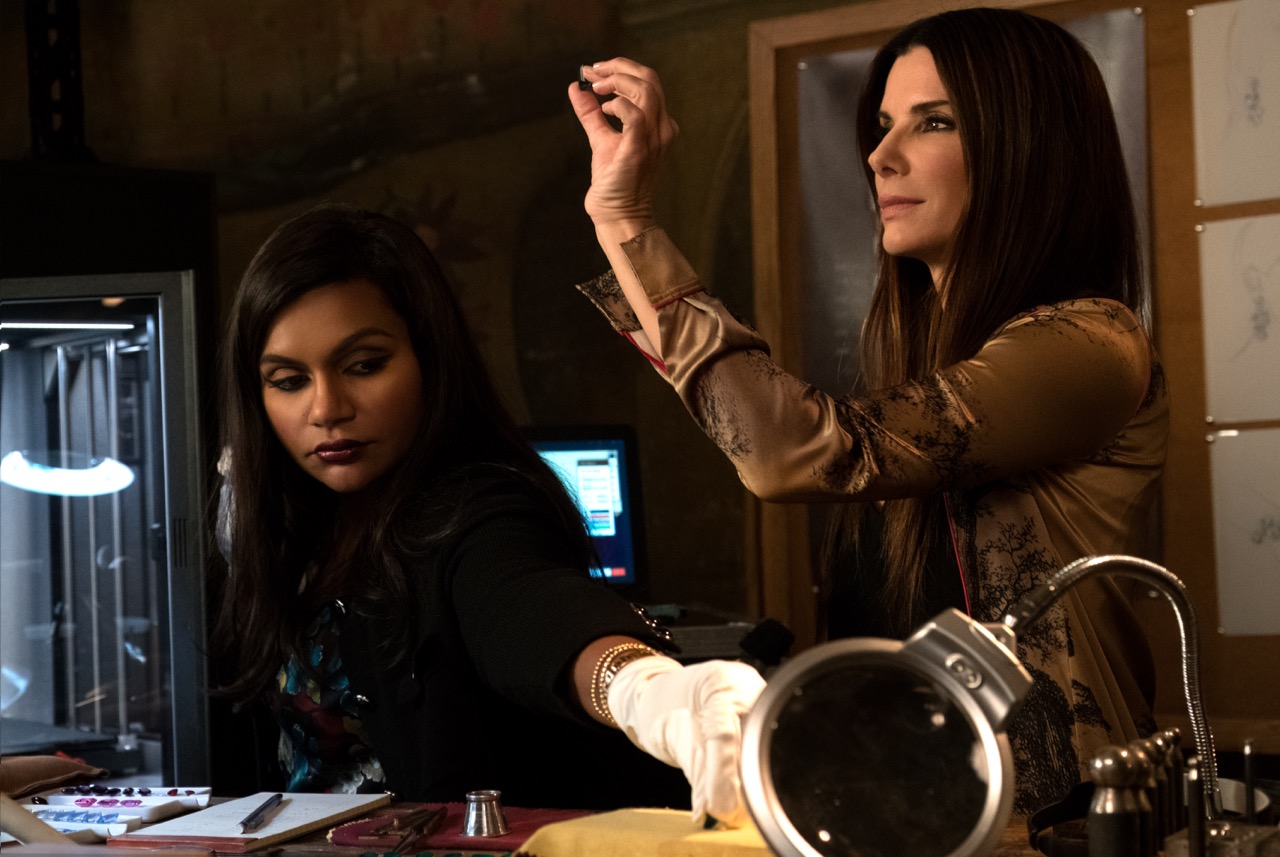 Debbie’s other unremarkable recruits include the mononymed YouTube sensation Awkwafina as pickpocket Constance, Sarah Paulson as racketeer Tammy, and Helena Bonham Carter as financially imperiled fashion designer Rose. Rounding out the octad is Anne Hathaway, portraying an overweening vedette named Daphne Kluger, whose diamond necklace by Cartier—a trademark uttered more times in this film than and or the—is the targeted item of Debbie and company. Daphne may start out as a mark but she ends up a pledge of this purloining sorority; what remains unchanged is the playing-to-the-cheap-seats acting style of Hathaway, a performer always too eager for audience adoration and here sucking up the already-diminished oxygen supply of her costars. 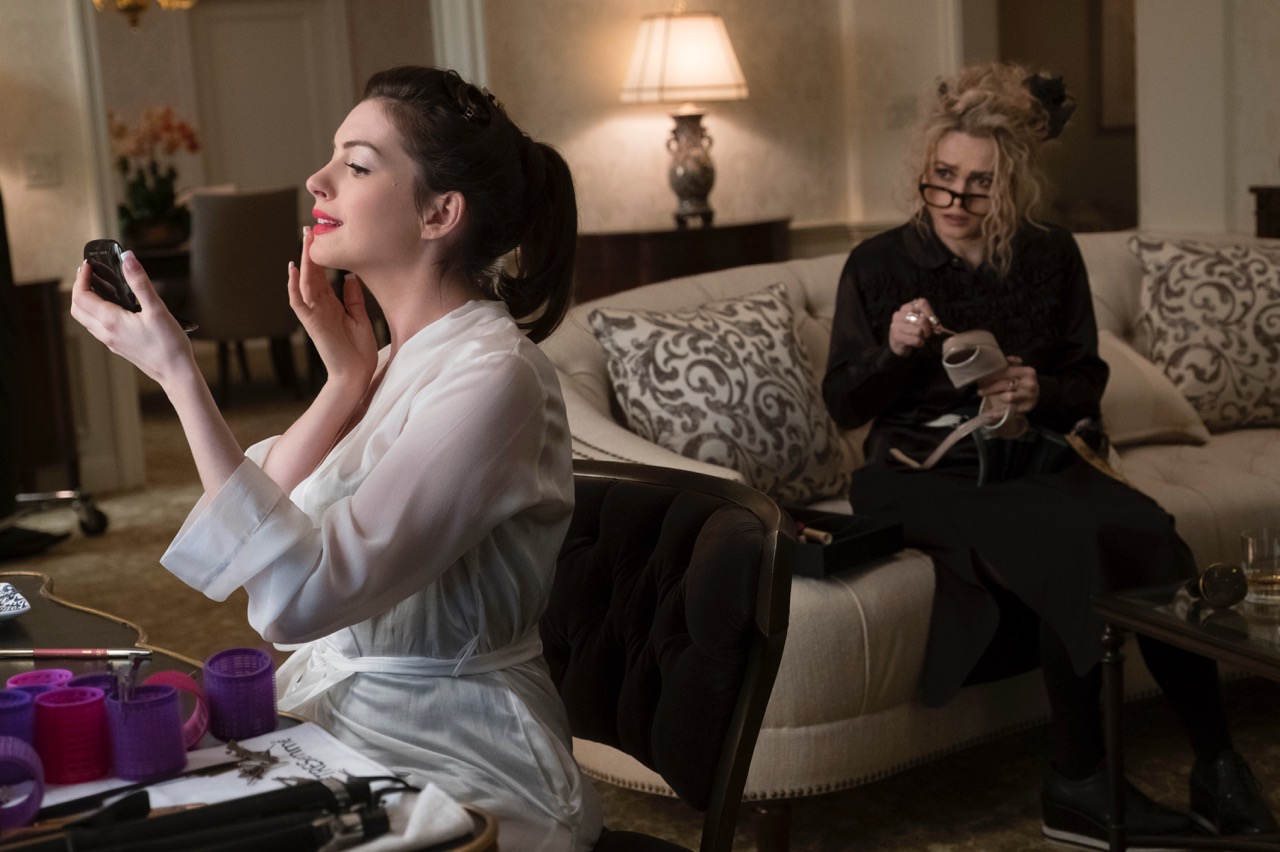 Yet no one in Ocean’s 8, not even hammy Hathaway, receives as much besotted attention from the camera, or as much build up to her first reveal, as Anna Wintour, trying—and failing—to riff on her real-life persona. (The same blunder occurs in 2016’s Zoolander 2, another movie in which the Ayatollah of Condé Nast enjoys too outsize a function.) Shot from the back during a scene set in her Vogue office, Wintour’s signature tawny helmet hair nearly fills up the screen.

Also cluttering the film are the various Kardashians, Jenners, Hadids, and other debased VIPs who cameo as themselves during the largely re-created Met Gala, the exclusive fundraising event that Wintour, of course, has chaired for two decades (serving as one of the cochairs for this year’s edition was Rihanna). It’s hard to stay interested in the elaborately synchronized elements of the heist when the action is interrupted by a fleeting glimpse of Zac Posen.

Throughout this desultory, dreary movie, odd lines of dialogue pop up that seem to perversely comment on the sheer superfluity of Ocean’s 8. “Sometimes just knowing the job will work is satisfaction enough,” Reuben (Elliott Gould), a macher from the Soderbergh Ocean’s trilogy, tells Debbie, in an attempt to dissuade her from following through on her grand swindle. However syntactically and logically garbled, this response from Debbie, explaining to Lou why she wants only women in her corps, is the one statement that’s borne out on multiple levels: “A him gets noticed; a her gets ignored. And for once, we’d like to be ignored.” Her wish comes true. The heist succeeds—and Ocean’s 8 and its stars are quickly forgotten.