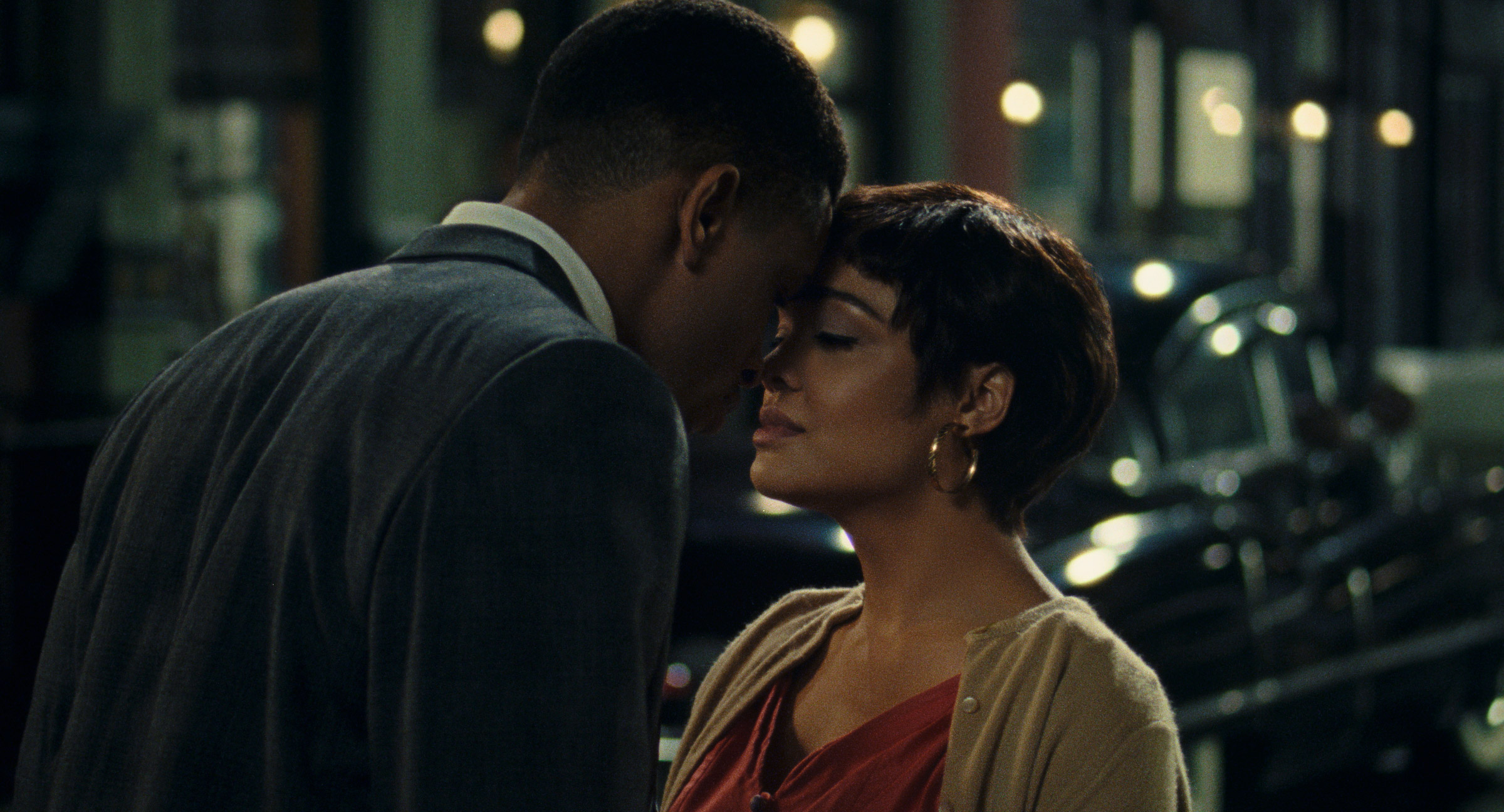 Jacques Demy, one of cinema’s preeminent dreamers and romantics, once said, “I’m trying to create a world in my films.” In the Frenchman’s first feature, Lola (1961), he transformed Nantes, the port town where he grew up, into a fantastic realm, a cosmos deeply indebted to the Hollywood exports that besotted him as a youth. Later Demy films, set in other French seaports—The Umbrellas of Cherbourg (1964) and especially The Young Girls of Rochefort (1967)—owe their swoony delirium to the director’s infatuation with the US movie musical.

Eugene Ashe, the writer and director of the sumptuous Sylvie’s Love, his second feature, would seem to be a member of the Demy-monde. He too is interested in world-building—or, more precisely, lavishly presenting a world rarely depicted onscreen but one that he knew intimately: a sweeping, magnificent midcentury romance centering on two Black lovers in Harlem. Ashe, who was born in 1965 and grew up in that Manhattan neighborhood, loosely based the core couple—Sylvie (Tessa Thompson), who dreams of working in television, and Robert (Nnamdi Asomugha), a jazz saxophonist—on his parents. Old family photos, he explained in the New Yorker, inspired the look of the film, which nods to lush New York City–set love stories of the early ’60s like Breakfast at Tiffany’s and That Touch of Mink. Reconceptualizing these confections from six decades ago with Black casts, Ashe’s project, which spans 1957 to 1963, calls to mind this passage from the critic Margo Jefferson’s memoir Negroland (2015): “Being an Other, in America, teaches you to imagine what can’t imagine you. . . . The world outside you gets reconfigured, and inside too. Patterns deviate and fracture. Hierarchies disperse. Now you can imagine yourself as central. It feels grand.” 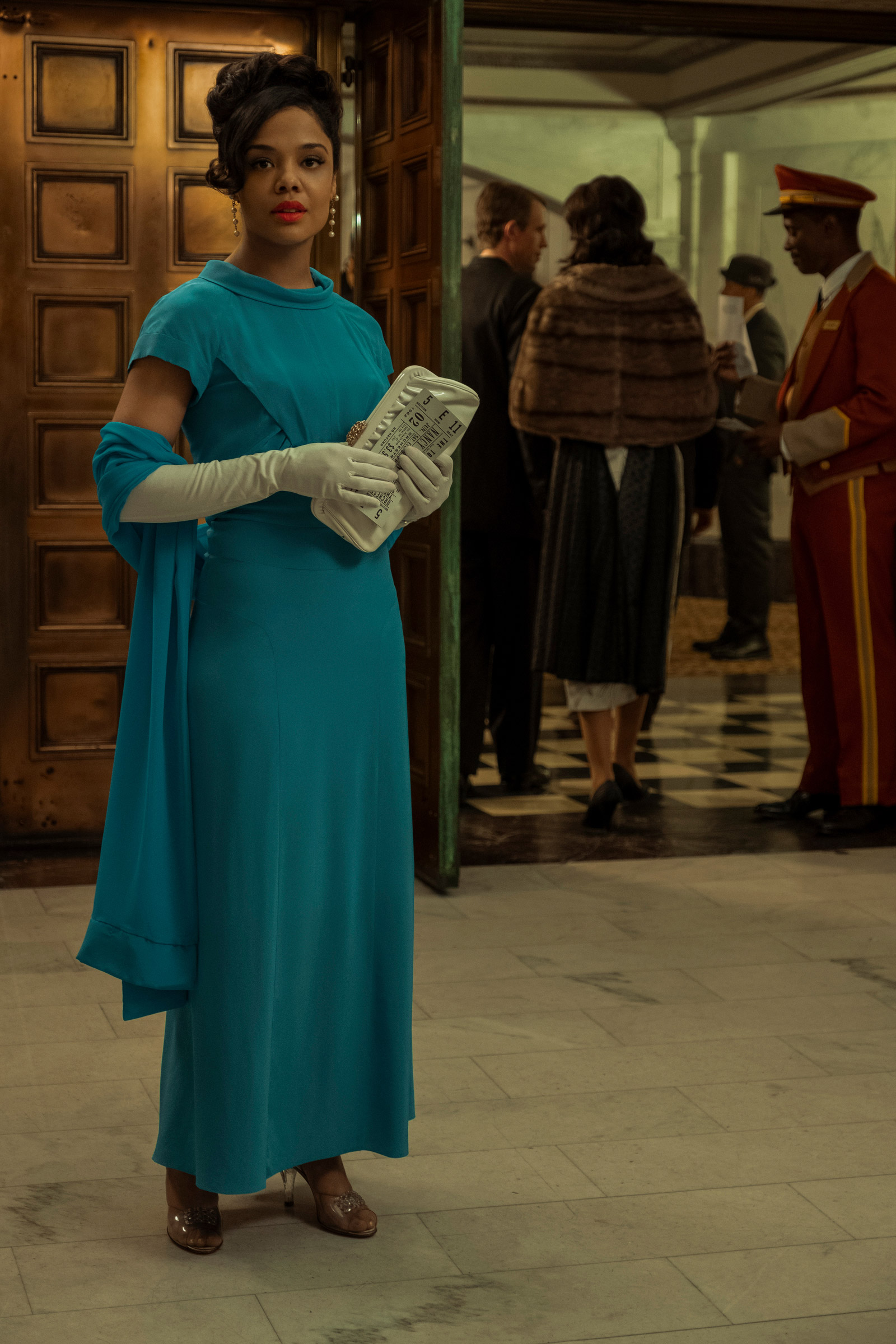 Grand certainly describes the opening scene of Ashe’s film, date-stamped 1962. Sylvie, bedecked in a cerulean Chanel gown and long white gloves, anxiously waits outside the Town Hall, the performance venue on West Forty-Third Street, for her cousin Mona (Aja Naomi King) to join her for a Nancy Wilson concert. As that impeccable song stylist’s silky “The Nearness of You” plays on the soundtrack, we see Robert leave a Midtown recording session. Next, he’s examining the playbill outside Town Hall. Stunned to see him, Sylvie calls his name, as if invoking a prayer—or responding to an answered one. 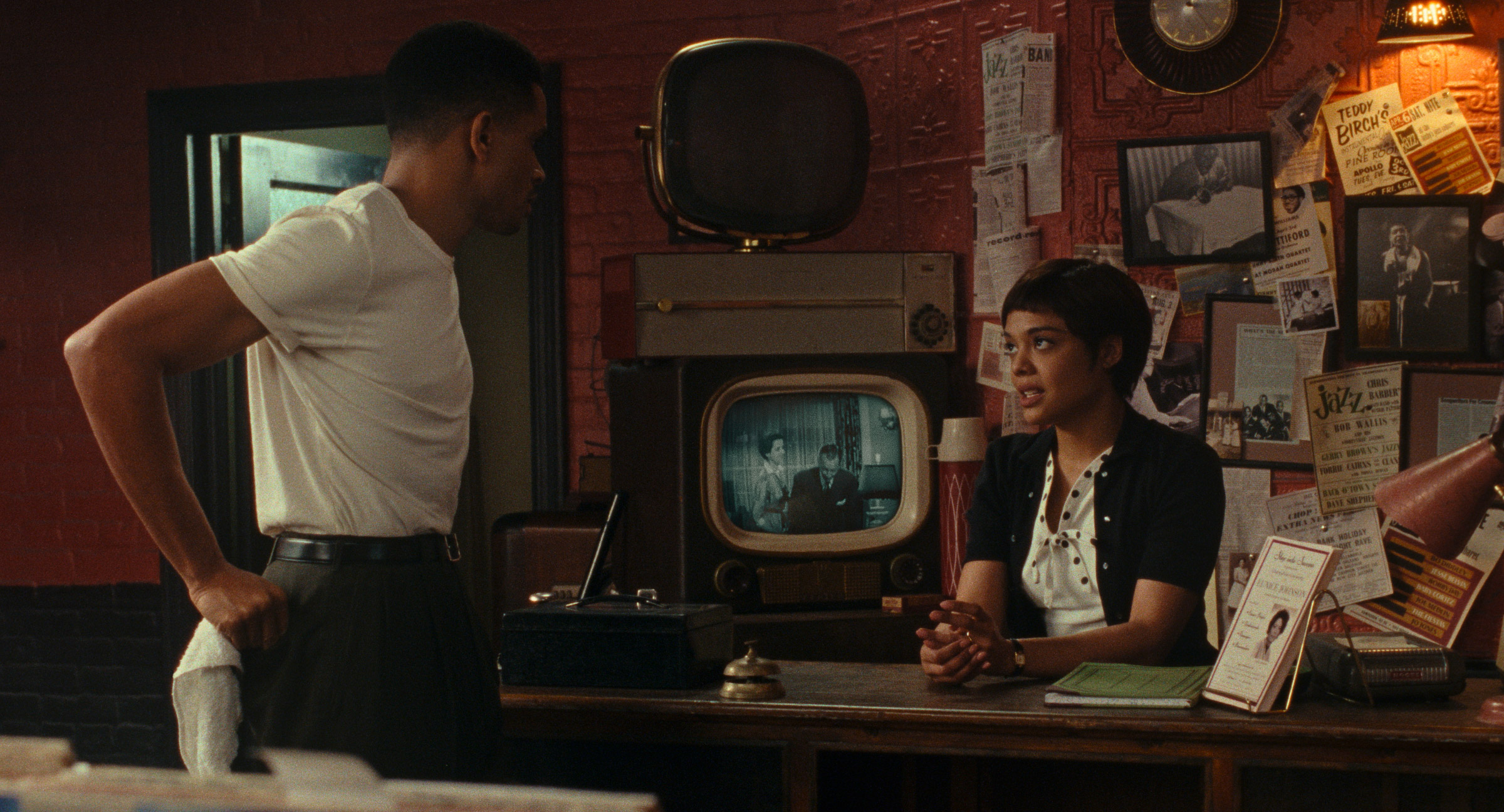 The movie then coils back to the summer of 1957, when they first met. Needing to supplement his income as the reedman of an up-and-coming quartet, Robert takes a part-time job at the Harlem record store owned by Sylvie’s father (Lance Reddick). Sylvie’s often at the shop, too, if only to sit transfixed in front of the TV at the front counter—a device her prim mother, Eunice (Erica Gimpel), proprietress of an eponymous school of etiquette and manners, forbids at home. Filing away LPs, discussing Thelonious Monk and Sonny Rollins, and sharing their ambitions, the two grow close—and closer still after Sylvie, mesmerized, watches Robert perform at a nightclub. The romance is complicated, though: Sylvie has a fiancé, Lacy (Alano Miller), scion of a prestigious doctor and currently stationed in Korea. 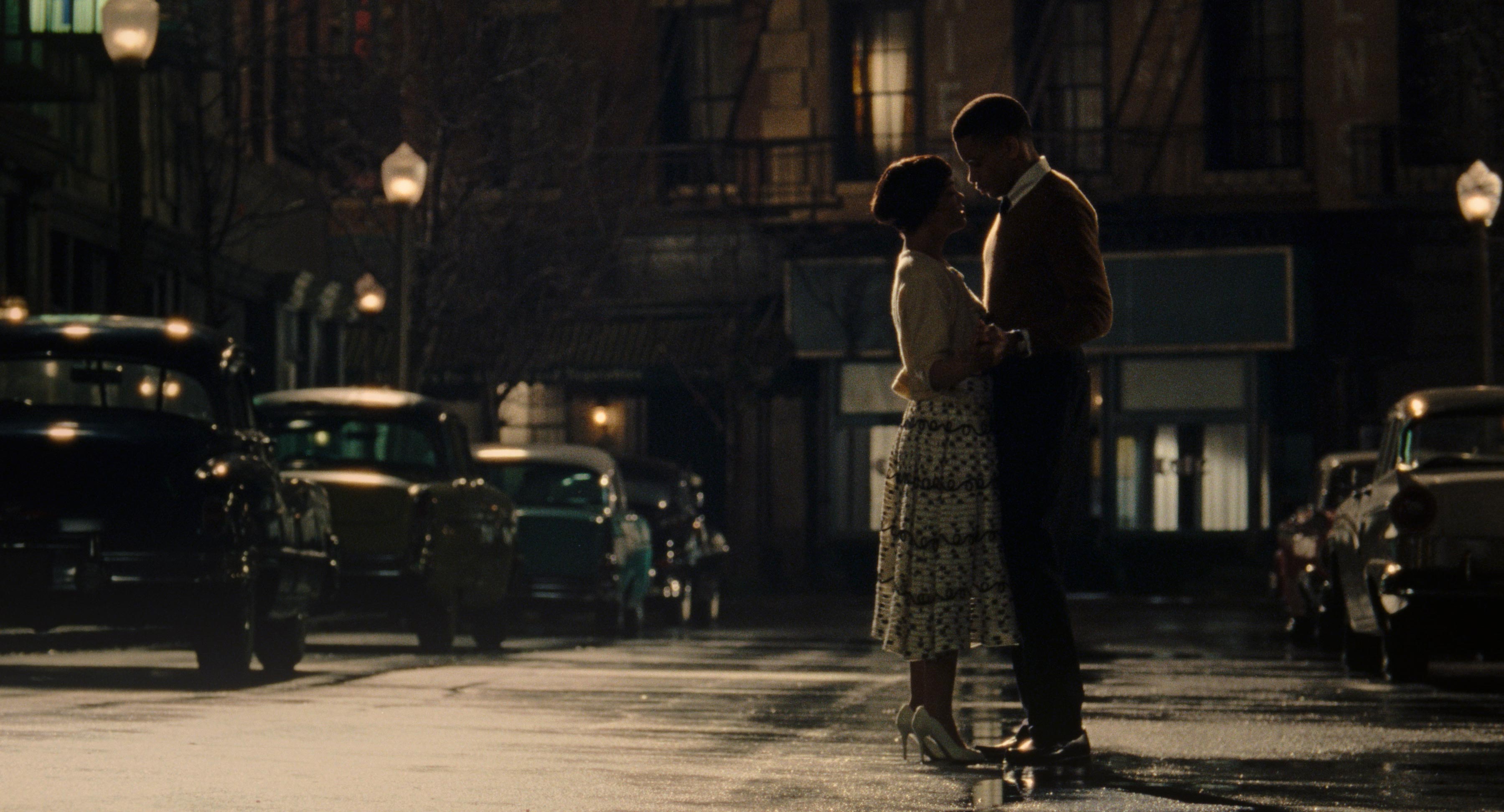 Their fraught affair is conducted on rooftops and in cars but also in plain view, in the streets of Harlem that were re-created, as all the New York City locations were, on a studio backlot in Los Angeles—artifice that only heightens the otherworldly spell of Sylvie’s Love (and links it to another backward-glancing Gotham fantasia, Martin Scorsese’s melancholy 1977 musical, New York, New York, which is also about an ambitious creative couple, the male of which is a jazz saxophonist). On one of these fabricated uptown blocks, Sylvie and Robert slow dance while Jackie Wilson’s rapturous R & B ballad “To Be Loved” crescendos. 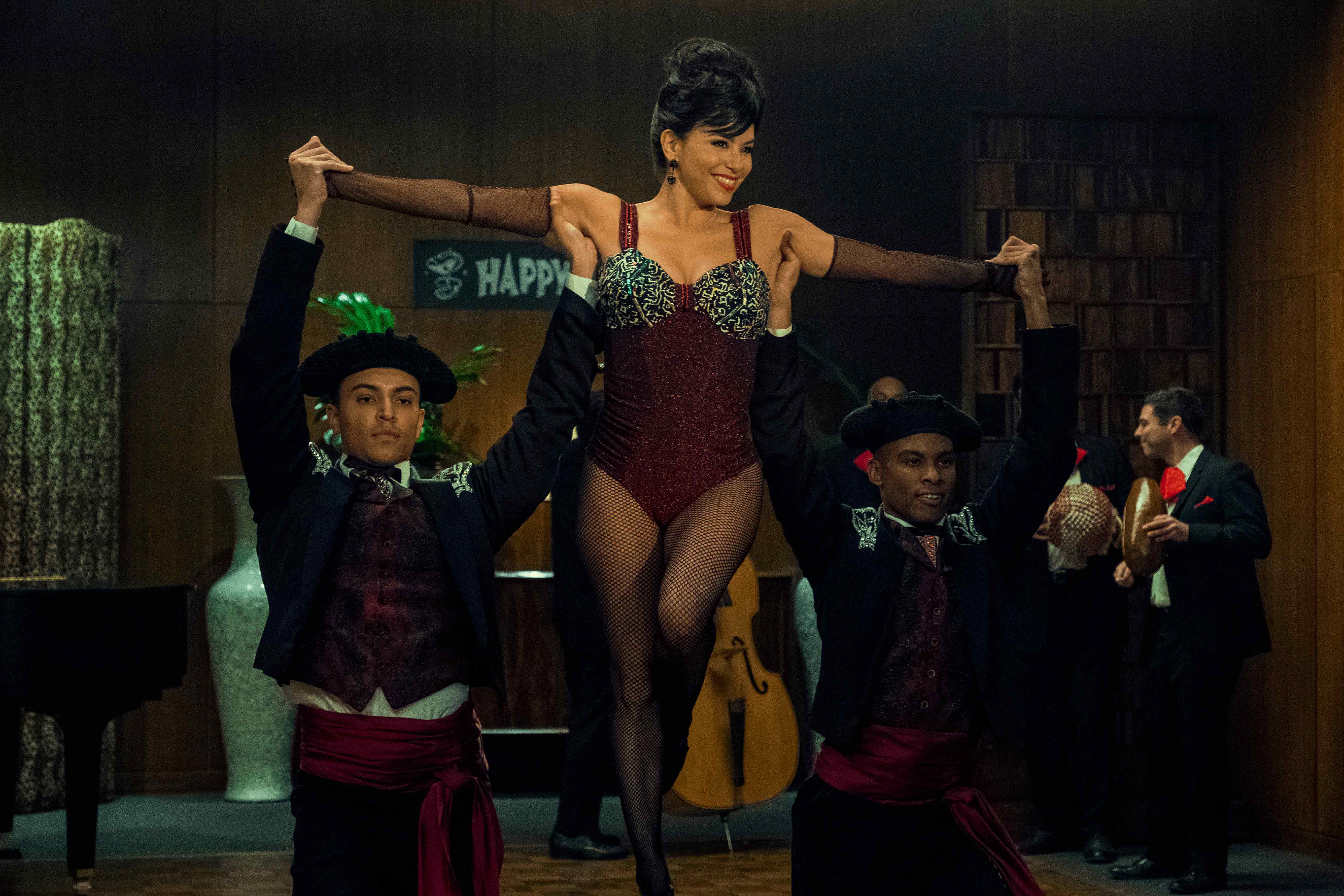 Although technically not a musical—the film has only one song-and-dance number, featuring a spirited performance by Eva Longoria (who plays the spouse of the leader of Robert’s quartet) of the rumba “Quizás, Quizás, Quizás” during a New Year’s Eve party ushering in 1963—Sylvie’s Love shares the trait that distinguishes the greatest movies of that genre, namely the sense that the action and the characters themselves are borne aloft by so much beautiful sound, whether diegetic or non- and in multiple idioms. Jazz, of course, is crucial; Fabrice Lecomte composed several sinuous tracks for Robert’s band, original bebop and ballads enhanced by, among others, Charlie Parker platters. Supplementing the soul, doo-wop, R & B, and Motown hits that play either in the foreground or background are more surprising, but no less felicitous, choices, like the gentle bossa nova “Fly Me to the Moon” by Doris Day. (Here’s Jefferson again, in Negroland, on Day’s wide appeal beyond the white squares long thought to be her sole audience: “Doris Day’s singing made Berry Gordy cry. When he was young and still obscure, he wrote a song for her and mailed it . . . to ‘Doris Day, Hollywood.’ He told this story even after he had founded Motown Records. . . . He wasn’t ashamed. Why should we be? Listen to the lyrics of”—a song featured in Sylvie’s Love—“Martha and the Vandellas’ first hit, ‘Come and Get These Memories.’ Friendship rings, love letters, teddy bears and state fairs. Turn it into a waltz. Now it’s a Doris Day song.”) 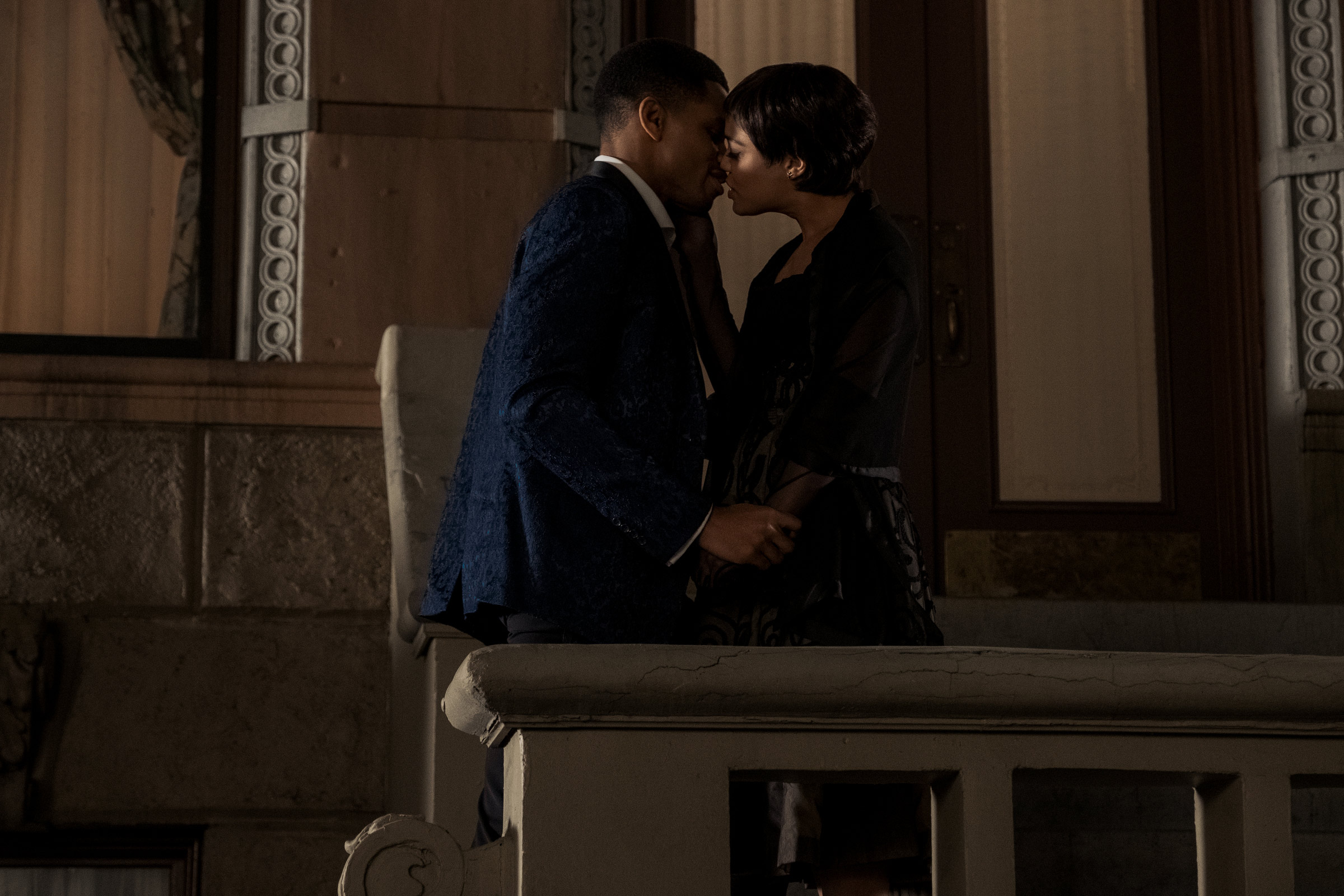 Yet the indispensable element that makes a musical or a romance soar is the magnetism, alone and together, of its two leads. Thompson’s small role in Ava DuVernay’s Selma (2014), a dramatization of 1965’s voting-rights marches in Alabama, evinced a talent for vivifying lesser-known historical figures—and here she richly shades in her period-specific character with élan and charming idiosyncrasies. A rugged matinee idol softened by delicate eyes and tender words, Asomugha was a revelation to me (football-averse, I knew nothing about his renowned decade-long NFL career). In their early scenes together, Robert and Sylvie are turned on equally by the other’s passions and drive; Thompson and Asomugha communicate this deepening awe as if each were discovering a new solar system in the other.

Robert and Sylvie’s romance will be tested by, among other hurdles, several years of separation and by the departure of one member of the couple for another country—a plot not too dissimilar from that of Demy’s The Umbrellas of Cherbourg, which coincidentally also spans 1957 to 1963. Demy’s movie concludes bittersweetly, Ashe’s happily. Both films magically trace the contours of the smallest and yet most mysterious world of all: the universe of two.