The blur of summer 2020: a Portuguese film told in reverse order plays with COVID-distorted time. 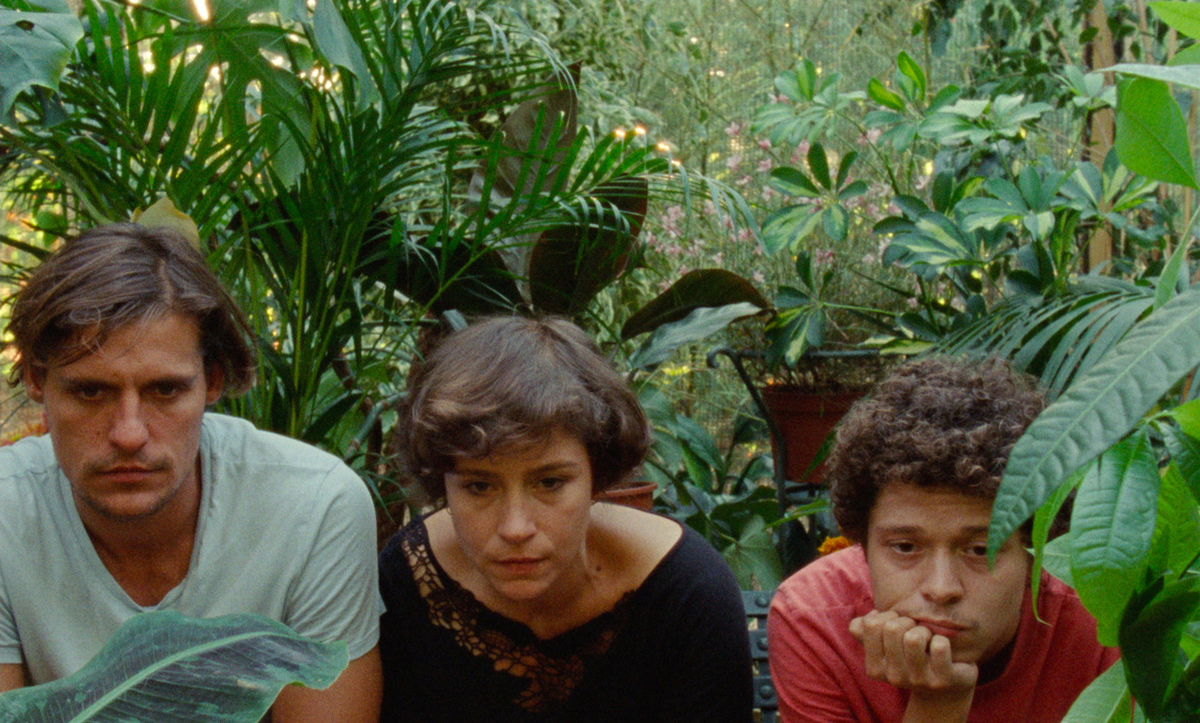 Carloto Cotta as Carloto, Crista Alfaiate as Crista, and João Nunes Monteiro as João in The Tsugua Diaries. Courtesy KimStim.

The Tsugua Diaries, directed by Maureen Fazendeiro and Miguel Gomes, opens May 27, 2022, at Film at Lincoln Center, New York City

The past two-plus pandemic years may have deranged the general concept of time to one befogging blur, but various COVID practices and protocols have habituated many of us to experiencing time in quite specific, discrete units: the fifteen to twenty minutes required for an at-home test result; the five to ten days of isolation to be endured if one tests positive; the months needed to elapse to be eligible for a booster shot.

Filmed between August 17 and September 10, 2020—during the first six months of lockdown, when vaccines were still several months away, a span that then seemed like millennia—The Tsugua Diaries, Maureen Fazendeiro and Miguel Gomes’s ludic new movie, creates a chronology that is at once discombobulating and precise. Told in reverse order—note the backward spelling of “August” in the title—the film counts down from Day 22 to Day 1, with a brightly hued title card demarcating each of these fixed segments. A work of quarantine ingenuity, The Tsugua Diaries is a late-summer idyll that both acknowledges the grim circumstances that shaped its making and incorporates discord without ever faltering from its low-key ebullience. 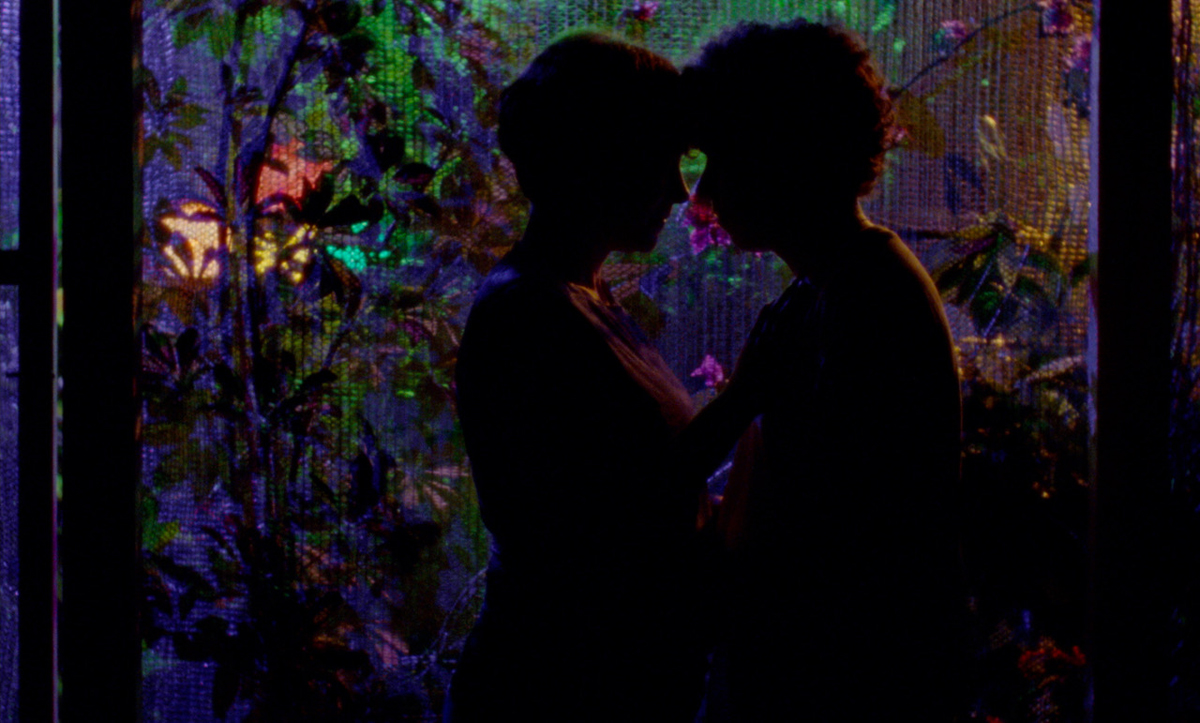 Crista Alfaiate as Crista and João Nunes Monteiro as João in The Tsugua Diaries. Courtesy KimStim.

The film opens with a blast of bliss: two men and a woman boogieing in a living room, countless empties on a coffee table, to “The Night,” a bass-heavy 1972 soul nugget from Frankie Valli and the Four Seasons. Viewed through the windows, the pitch-black evening transforms into a riot of shifting colors: green, magenta, blue, lilac. The camera follows the taller, more ruggedly handsome of the guys (Carloto Cotta) as he leaves the makeshift dance floor to top off his drink. Noticing that his fellow partyers (João Nunes Monteiro and Crista Alfaiate) have left the room, he heads outside and espies them making out.

The characters in this trio all bear the first names of the performers playing them. Though that beginning scene, which, per the film’s converse chronology, is actually its ending, hints at romantic rivalry within this triangle, such conflict never really comes to pass. Instead, Carloto, João, and Crista—for the film’s first half hour, at least—spend their days more or less in harmony, working together to construct a butterfly house on the grounds of a villa somewhere in the Portuguese countryside. Spending time with these three as they build, interact, and idle is immensely pleasurable, each actor endowed with an idiosyncratic charm that generates an easygoing chemistry with his or her castmates. (Of the triad, Cotta—who starred as a swoony idol in Tabu, Gomes’s 2012 memory piece, and as a stupendously dumb soccer superstar in Diamantino, Gabriel Abrantes and Daniel Schmidt’s boisterous 2019 satire—was the only performer familiar to me.) 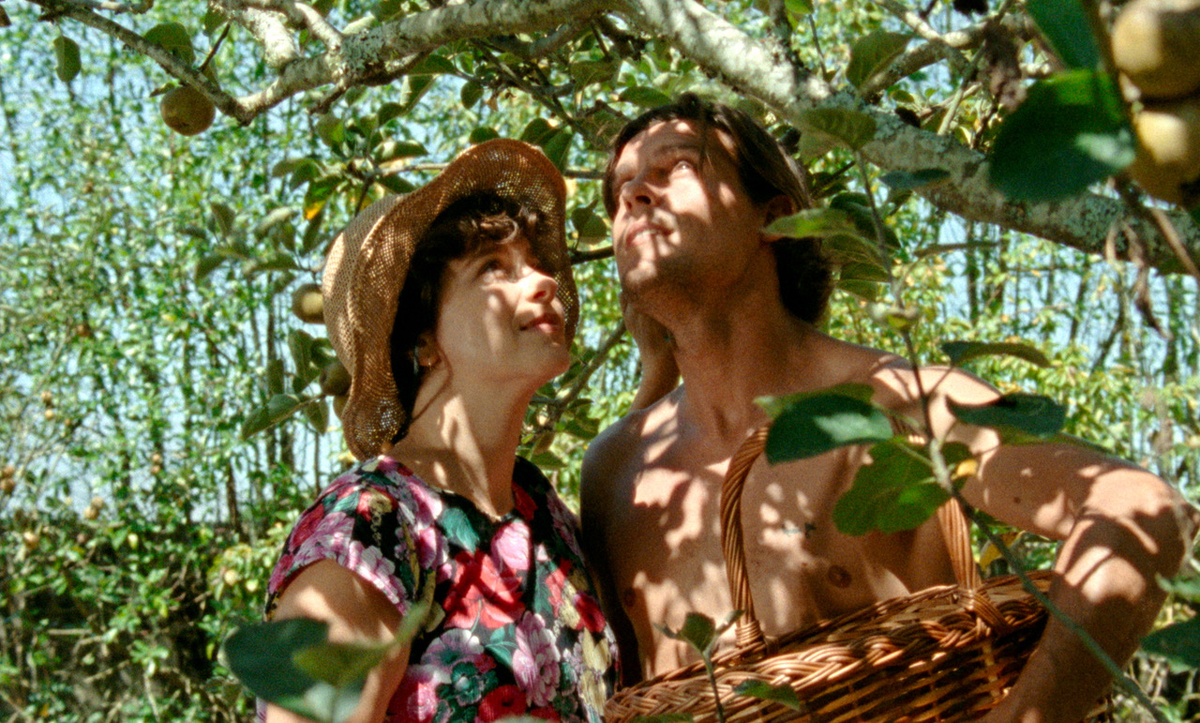 Crista Alfaiate as Crista and Carloto Cotta as Carloto in The Tsugua Diaries. Courtesy KimStim.

The allure of the actors matches that of their fecund surroundings, the estival splendor enhanced by the lens flares that enhalo Crista as she picks quinces and apples. (The Tsugua Diaries was shot on 16mm, and the motility of the film grain further adds to the sense of seasonal lushness.) By Day 18, though, the trio’s paradise is ruptured: Carloto opens a heavy gate to greet a man accoutred with a surgical mask and latex gloves, his PPE an unmistakable reminder of the reality that lies outside this carefree compound. Other strangers soon appear: on Day 15, a lone young woman hovers in the background; on Day 13, half a dozen or so unnamed people join the central three for a clamorous breakfast.

The Tsugua Diaries then pulls back to become a different kind of summer chronicle, a meta-commentary on and faux-documentary of the film’s making and its attendant plague concerns and circumscriptions. An older member of the movie crew castigates Carloto for having left the sylvan enclosure to go surfing and thus potentially bringing the virus back to the set. Now wearing a mask, Crista expresses her concern about an upcoming kissing scene with Carloto; João tries to reassure her that the risk is low. Gomes—joined on occasion by Fazendeiro, who is also his romantic partner in real life and is here codirecting her first feature, and Mariana Ricardo, their cowriter (and Gomes’s longtime collaborator)—calmly listens and adjudicates.

The Tsugua Diaries bears many of the hallmarks of previous work by Gomes, who favors bifurcations, docufictions, fourth-wall trespassing, genre torquing, and the eighth month of the year (his second film, from 2008, is titled Our Beloved Month of August). But once the vagaries of somber reality—the occasionally vexing presence of the crew and the bleak threat of the coronavirus—intrude upon the sun-dappled utopia of the three protagonists, The Tsugua Diaries doesn’t abandon its vibrance and playfulness. (In stark contrast, Radu Jude’s Bad Luck Banging or Loony Porn, another film made during the first terrifying months of lockdown that also incorporates COVID protocols into the narrative, nearly capsizes with its constant indignation and impotent political fury.) 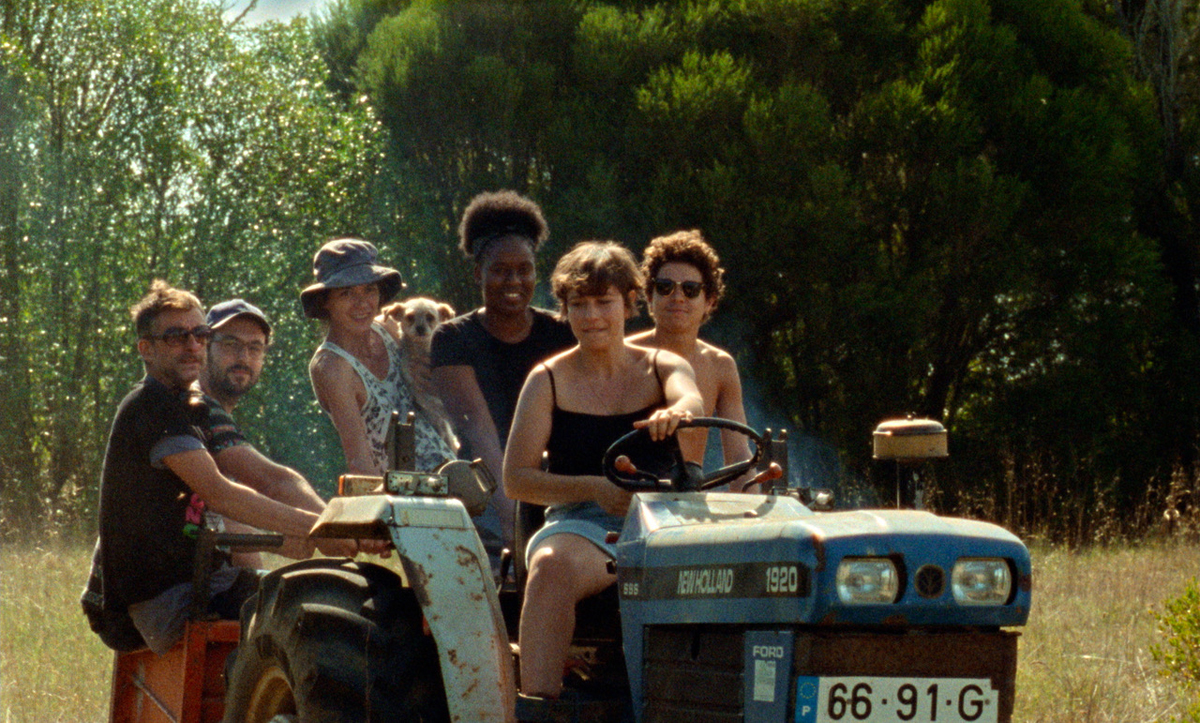 In fact, the film becomes funnier, its notion of a paradisial commune, or, at the very least, of a generative anarchy, more pronounced. When the three leads meet with the directors and Ricardo—identified in the closing credits as the “central committee”—to discuss some of their frustrations with the shambolic structure of the project, Fazendeiro reminds them that the film is entirely collaborative and protean: “We’re creating new things together every day.” The actors are told they can direct themselves, film whatever they like. The easy camaraderie—a mostly platonic affection sometimes charged with vague hints of the sexual—among Carloto, Crista, and João never diminishes: they splash in a bubble bath and babble nonsense into a handheld mic; they riff on the words “woolly mammoth.”

Glimpsed on Day 5, a densely detailed whiteboard, mapping out the shoot, reveals the much more intricate film that might have been—ambitions scrapped possibly owing to the limitations imposed by lockdown. The Tsugua Diaries was made when time was out of joint, that temporal bafflement reflected in its very structure. The film ends, or rather begins, with another, larger dance party. United in creating something under bewildering circumstances, everyone seems to be having the time of their lives.