“The art of losing”: a new biography of poet Elizabeth Bishop. 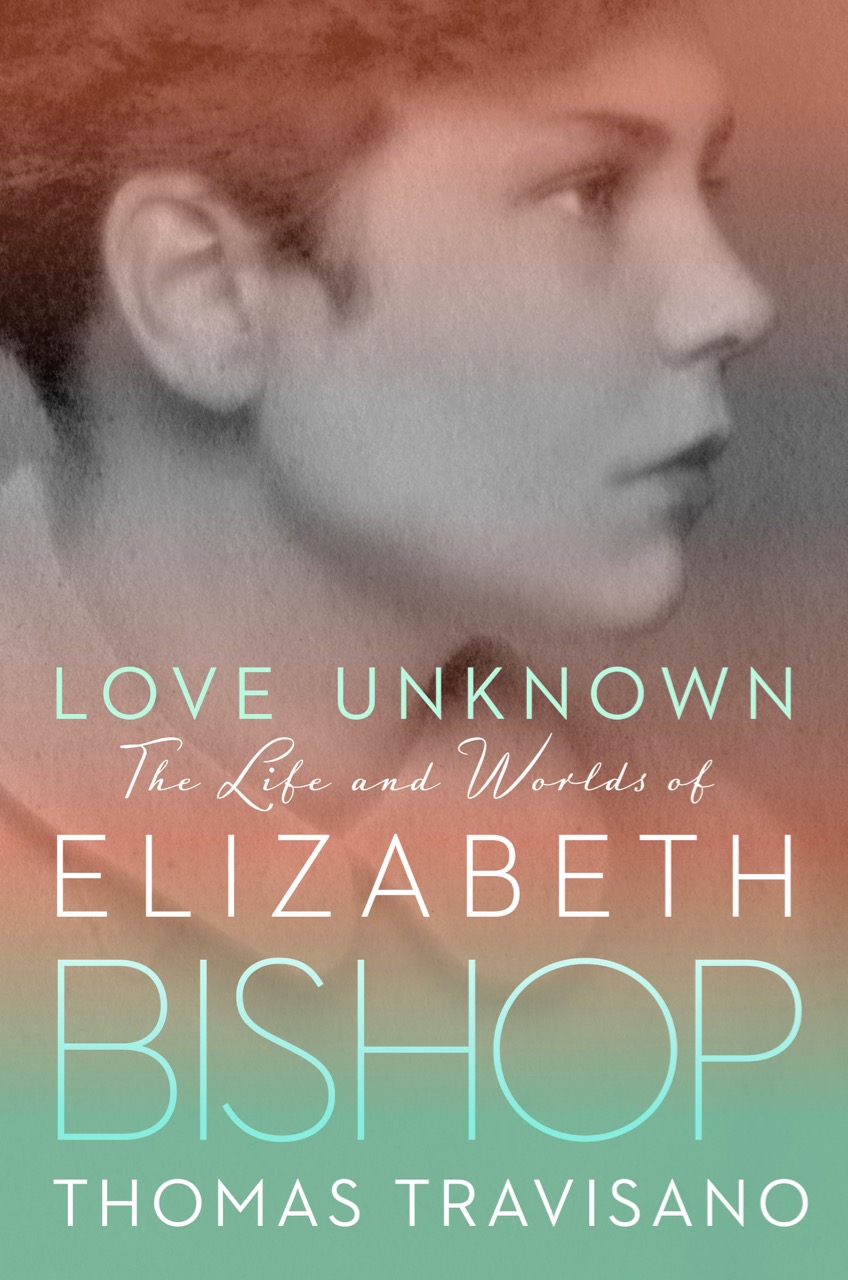 So reviled and repudiated is the closet within contemporary queer discourse that we’re liable to forget how much of our cultural heritage simply would not exist without it. Among twentieth-century American artists, no one was able to shape language from within that dark, deep space quite like Elizabeth Bishop. In the hundred-odd poems and dozen stories she published during her lifetime, the writer’s homosexuality is never disclosed in any of its dimensions: the anguish of societal oppression is muted by her stiff upper lip, and on the rare occasions when she betrays a capacity for romantic or erotic feeling, as in the gorgeous lyric “The Shampoo,” her addressee is kept ungendered.

Such a tenacious silence must have required a lot of mental discipline, considering the number of long-lasting relationships Bishop did share with women, from her college days at Vassar onward. But that silence also formed the core of her artistic temperament, a distant (though never cold) impersonality that set her apart in an era dominated by emotional exhibitionists like Sylvia Plath, John Berryman, and her close friend Robert Lowell. In the 1970s, when the younger, out-and-angry poet Adrienne Rich challenged her on her don’t-ask-don’t-tell attitudes, Bishop is said to have responded: “I want closets, closets, and more closets.”

Who could blame her? She had more than enough reason to be suspicious of the heterosexual world. While Thomas Travisano’s new biography, Love Unknown: The Life and Worlds of Elizabeth Bishop, doesn’t focus exclusively on the writer’s experience as a lesbian, it does make clear just how much pain she was shielding herself from—and how quickly she had to master her lifelong tactics of self-preservation (what, in her much-anthologized poem “One Art,” she named “the art of losing”). Born in 1911, in Worcester, Massachusetts, Bishop was acquainted with tragedy from an early age. In his quietly sympathetic account of her childhood, Travisano lays out the details of her father’s death, her mother’s subsequent breakdown and institutionalization, the abuse young Elizabeth endured at the hands of her Uncle George, and the autoimmune diseases she developed that were at least partly attributable to this buildup of trauma. The contents of this first section are so dreary that it’s a testament to Travisano’s tonal control—surely influenced by his decades of admiring Bishop’s trademark moderation—that the book never reads like a gratuitous display of scar tissue or a facile chronicle of healing and triumph.

It would be all too predictable in our age of compulsory self-affirmation to frame Bishop as a relic of shame and conservatism—isn’t that what Rich, well-intentioned though she may have been, was implying when she lectured her elder? But such positioning has happily not been Bishop’s fate; since her death in 1979, her reputation has surpassed those of all the poets in whose shadows she once stood. Love Unknown—the latest in a decade-plus-long string of Bishop-related books, which includes collections of previously unpublished writing as well as a lovely, more personal 2017 biography by Megan Marshall—crystallizes the importance of Bishop’s story, particularly for today’s LGBTQ readers. No matter how much Bishop would have abhorred life lessons and cultural arguments being spun out of her biography, it’s hard to read this book without finding in it a refutation of a certain liberal presumption: that to be closeted is to be in a state of self-ignorance and negation, to in fact be only partially alive.

Bishop was irreducibly alive, and despite struggles with depression and alcoholism (not uncommon for her generation of writers), she was no wallflower. Travisano delights in showing us the adventurous spirit—the hunger for more and more life—that carried this seemingly reticent woman from Worcester and Nova Scotia, where she spent her youth, to New York, Paris, Key West, and Brazil, where she met one of her greatest loves, the architect Lota de Macedo Soares. Though she became notorious for her well-guarded privacy, Bishop was a deeply social creature. She surrounded herself with a growing circle of literary luminaries, many of whom she communicated most intimately with through the mail (one of Love Unknown’s most obvious virtues is the leisurely way it guides us through a seemingly bottomless archive of letters, including her occasional epistolary chastisements of the self-sabotaging Lowell and snatches of correspondence that made their way into her writing). But as if to divert attention from her bohemian lifestyle, Bishop adopted a scrupulously modest public persona, what the poet James Merrill called “impersonations of an ordinary woman.”

Her writing life was also full of contradictions. On the one hand, she could claim (in one of those scolding letters to Lowell) that “art just isn’t worth that much”; on the other, she was a perfectionist who could labor over a single poem for years, who located profound meaning in the slightest modulations of phrasing and nuances of punctuation. While Bishop’s poetry was always invested in the pursuit of accurate perception, it also mixed the precision of her insights with a taste for obfuscation. The “I” in her poems is a relentlessly observant but elusive figure, retreating behind thick impastos of description or, in the case of her late masterpiece “In the Waiting Room,” waves of existential vertigo: “the sensation of falling off / the round, turning world / into cold, blue-black space.” True to her poetic voice—one that sometimes revised its own word choices and scrutinized its own assertions mid-sentence—little could be taken for granted or left unquestioned. Bishop even expressed skepticism about the globetrotting depicted in several of her best poems of the fifties and sixties, famously asking, “Should we have stayed at home, / wherever that may be?”

Though it’s sure to be a pleasure for most Bishop fans, Love Unknown reveals the limits of portraying historical queer subjects whose lives were shrouded in a certain amount of secrecy. To encounter her through this form is to look for a self that ensured its concealment, that even arguably made a fetish of it. The lukewarm descriptions of Bishop’s romances, and the general lack of curiosity about the discrimination and rejection one imagines she must have faced for being as minimally out as she was, must partly stem from a scarcity of material to draw on. This was a woman who eschewed direct pronouncements not just of identity but of pain. The reader is forced to meet her relative closetedness (sexual, psychological, and otherwise) on its own terms—not as a vantage of deprivation, but as a singular worldview unto itself. If Travisano’s book leaves us feeling our own remove from this great artist, it doesn’t leave us wanting more either, and that’s a tribute to how Bishop designed her life—to how assiduously she protected it. Filled as much with the density of the material world as with the weight of the unspoken, those poems will forever be enough.