In his first memoir, poet Henri Cole travels to France, his intangible dream. 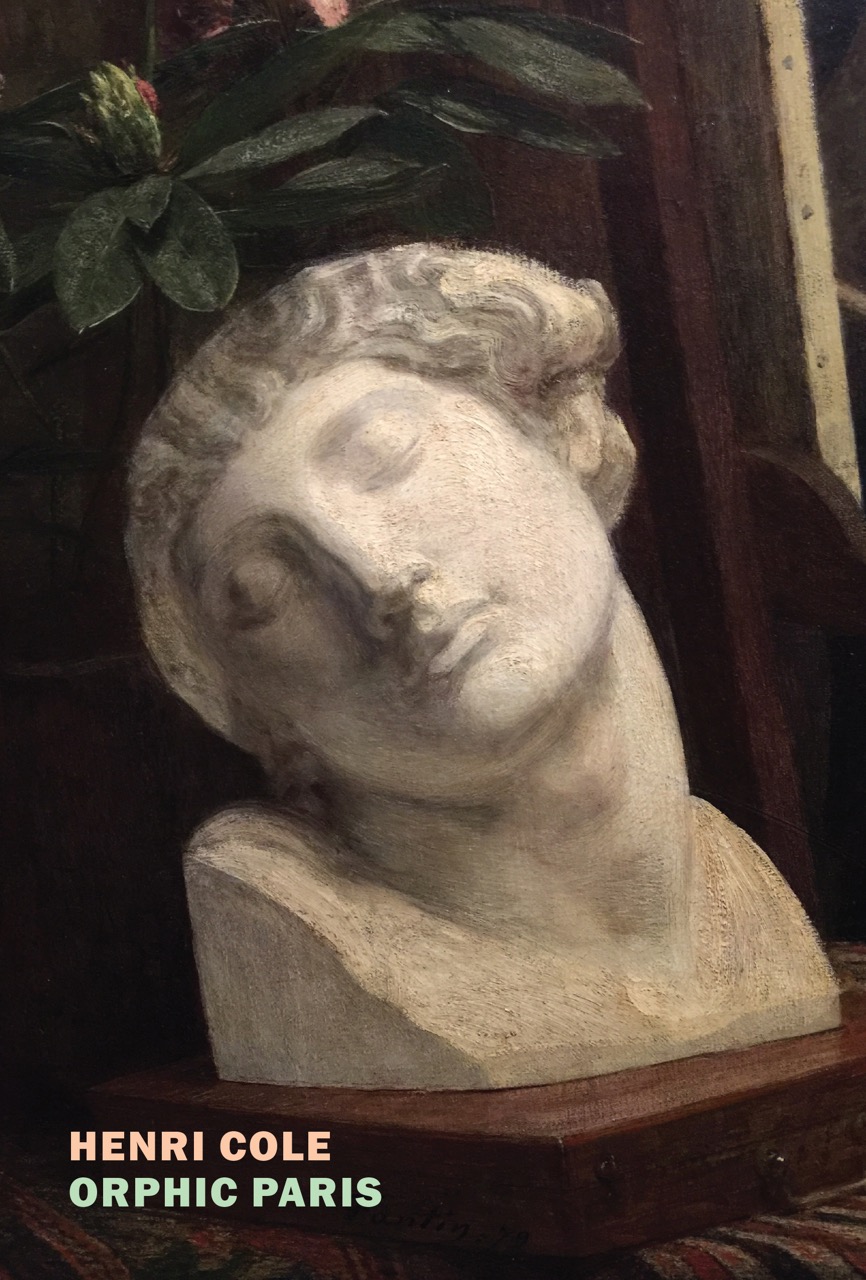 For certain poets, the question of what’s being written about is less compelling than the idea of something—some previously unyielding barrier—being written through. Since coming into his mature style with the 2003 collection Middle Earth, the American poet Henri Cole has aspired to an ideal of the lyric as a kind of penetrative act, an ideal that involves the full range of erotic and metaphysical possibilities that adjective implies. His urge for penetration regularly manifests at the level of diction: one of his most beautiful poems, “Olympia,” envisions the self as “a needle, pushing in a vein”; his first career-spanning anthology, published in 2010, is aptly titled Pierce the Skin. But just as crucial as his word choice is the becalmed atmosphere this language disturbs. Frequently working in the constricted space of the sonnet, he is fond of creating a tranquil surface out of nature imagery—flowers, animals, and insects are staples of his repertoire—only to crack it open with a discordant phrase, a pained confession, or some other spasm from the inner life.

While never sounding like anyone other than himself, Cole has reconciled two tendencies that loomed large in the midcentury American lyric: the carefully guarded privacy of Elizabeth Bishop and James Merrill, and the explosively revelatory “I” of Sylvia Plath and Robert Lowell. His persona is often that of a man who, on the way to unburdening himself of an unpleasant truth, seeks to sublimate it for as long as possible. Orphic Paris, his first memoir (which began as a series of articles in the New Yorker), would seem to be an opportunity to tip the balance toward exhibitionism. It’s written in Cole’s most plainspoken register, and from its opening pages the diaristic voice suggests a naked vulnerability, the kind that has rarely gone unmediated in his poems. As fragments of his family history and creative philosophy shift into focus, faithful readers will get a thrill from anticipating the veils of metaphor so central to his art finally being lifted.

What does he reveal? As it turns out, much less than what he hides. Orphic Paris chronicles a prolonged journey that Cole says he had “pondered making all [his] adult life,” but the backstory that might have provided psychological texture in another version of this project—explanations of what finally impelled him to go to Paris after wanting to for so long and what the trip required him to leave behind—goes unstated. Of his family, we learn the most about his mother, whose death dominates his 2012 volume Touch and to whom this memoir is dedicated. At various points throughout Orphic Paris, he sketches a narrative that begins with her Armenian parents migrating to France, then follows her to America, where she had a troubled marriage with Cole’s father and grappled with addiction. Cole’s unsentimental love for her permeates the book even in the parts where she doesn’t appear, for it’s within the contours of her story that he is able to ground his yearning for France, a country whose language and culture remain for him an intangible dream. Like someone in a novel by W.G. Sebald—an author whose influence can be felt in Cole’s haunting mix of photography and text—she’s more specter than character, emerging for paragraphs at a time only to recede again and again.

The book floats elegantly between past and present, and between wildly disparate topics, often without the benefit of even a transitional phrase. Sometimes Cole ensnares his reader with language that departs tonally from what precedes and follows it, as when dry biographical facts about his uncle Marius lead to a quiet burst of unvarnished emotion (“I loved him”), or when a passage about the AIDS epidemic flows into a discussion of genetics and then into the surreal image of flowers that “open me up and smash the water that is frozen inside me.” The result is an amorphous sense of temporality and causality, heightened by the fact that we never discern the exact duration of the writer’s travels. As in his poems, Cole encircles his elusive subjects in a web of highly specific associations, and here his guideposts are works of art. Just when he seems ready to switch into autobiographical mode, the memoirist in him retreats into the role of a wonderfully erudite critic, whose references are as far-flung as the emotional situations they obscure.

Cole’s brief but empathetic readings of poets such as Bishop and Rilke are worth the price of admission, but equally moving are his insights on the debatable “universal love story” in Brokeback Mountain, whose depiction of homophobia presumably resonates with his own experiences as a gay man who came of age in the seventies and eighties—experiences whose details are poignantly withheld. In the past Cole has proven he can be a spectacular erotic poet. But here, on the few occasions when his homosexuality gets foregrounded as a theme, it’s inextricably bound up in the same solitude that characterizes the vocation of an artist. In the age of “It Gets Better” optimism, it may be difficult for some readers to stomach a vision of gay life as profoundly isolating, but it is his attunement to the sensations and the uses of loneliness that gives Cole the barrier his words need to penetrate.

Meditating on Rilke’s claim that the lives of great men are “like an atrophied organ,” Cole wants to protest—he hopes that some semblance of an agreeable life can be achieved even if his calling (along with his social otherness) leads him down the path of alienation. It’s here that he allows friendship to take center stage. He imagines himself as part of a community, “a worker bee beside other workers who are metabolizing language, like nectar, into poetry.” In some of the memoir’s most powerful passages, he elliptically recounts his meetings with two men: the biographer James Lord, an elderly gay friend who dies within the span of the book and tells Cole he “could never go as far as you do” in being open about his sexuality; and Octave, a mysterious figure for whom the poet feels a longing he suspects is unrequited (“I hope we can be friends,” Cole writes about him). These relationships are outlined in a tone of delicate chastity, which only serves to highlight a passion that lingers in the air and goes unsatiated. For a writer as well-schooled in loneliness as Cole, the desire for even the most circumscribed forms of companionship can be a tonic. It’s his embrace of that desire that transforms Orphic Paris into a work of hard-won solace.