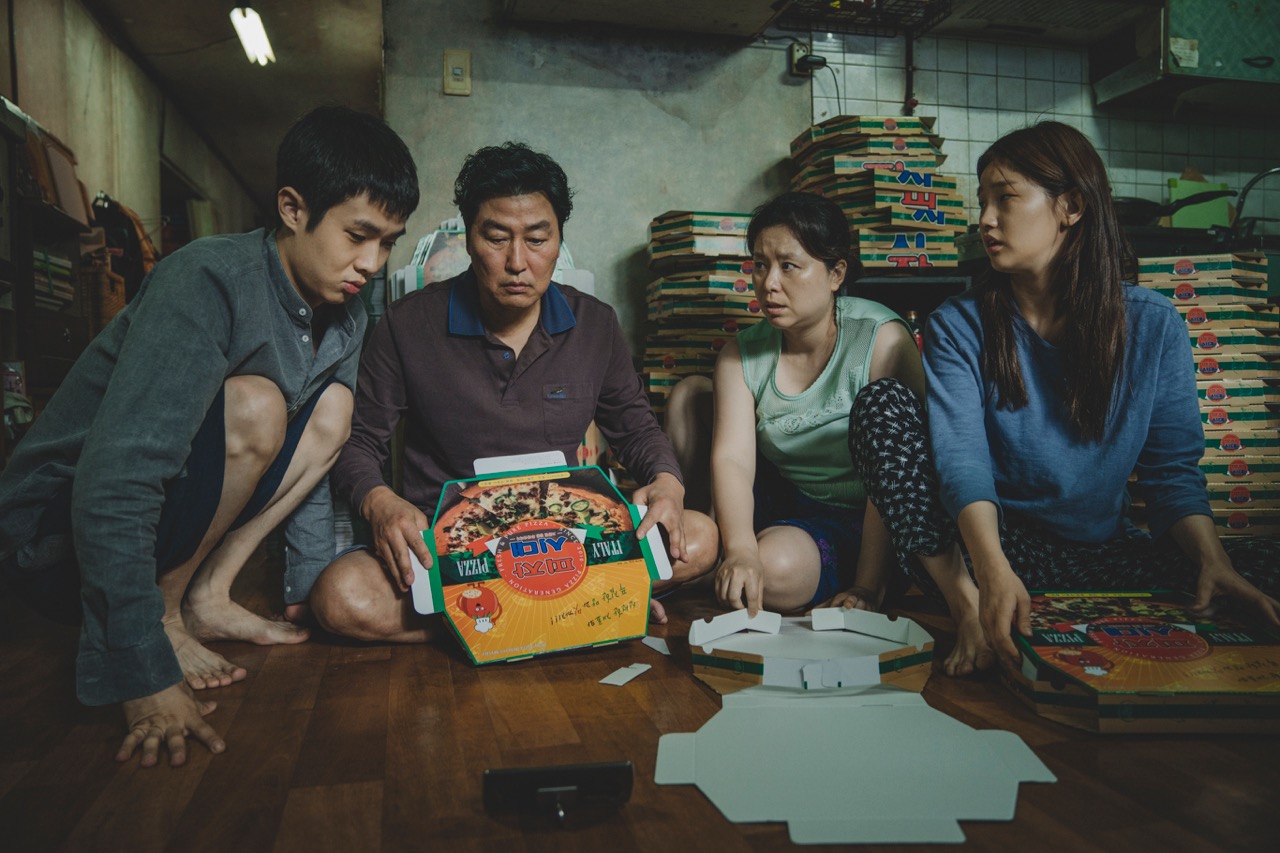 Bong Joon-ho’s new movie, Parasite, is so ruthlessly efficient as a thriller—so lean and toned and macho—that you might miss the family romance at its heart. During an interlude right before its virtuosic second half, we observe a middle-aged couple and their two grown kids hanging out on a rainy night in a sleek and very spacious living room. The scene is beautiful to watch, and not because it’s uncomplicatedly idyllic. The Kims are sprawled out around a table, and alcohol has made everyone a little sloppy. The daughter is so wasted she’s munching on doggie treats. At one point the husband and wife, who have a high threshold for button-pushing humor, seem to be hurtling toward an altercation but end up breaking into a fit of laughter instead. Though there’s not a lot of straightforward affection here, these grotesque comic details show us how comfortable the characters are with their own rough edges, and how much they enjoy one another’s company. They’ve managed to achieve an improbable feat, and we’re joining them in a hard-won moment of celebration.

We know the clock is ticking, though, because this isn’t their house. At the beginning of the film, we see the Kims in their own home, a semi-basement apartment on the other side of town, a cramped hovel where they mooch off their neighbors’ Wi-Fi, endure the sight of vagrants pissing outside their window, and try to make ends meet by folding pizza boxes. Through a mix of cunning and seat-of-their-pants improvisation, they’ve infiltrated the gated world of the wealthy, and that scene of carefree bonding in the luxe living room leads right up to the point where everything starts to unravel for them. Their coordinated strategy began when the son (Choi Woo-sik) faked his way into a gig as an English tutor for the filthy rich Park family, exploiting the gullibility of his bosses to gain a foothold in their gleaming mansion on a hill. He then effortlessly secured his sister (Park So-dam) a job as an art therapist for the Parks’ spoiled, vaguely maladjusted young son. Then the siblings conspired to get the family’s housekeeper and chauffeur fired, opening up vacancies for their father (beloved Bong regular Song Kang-ho) and mother (Jang Hye-jin). All of this has happened without the Parks suspecting that their four new hires are related. 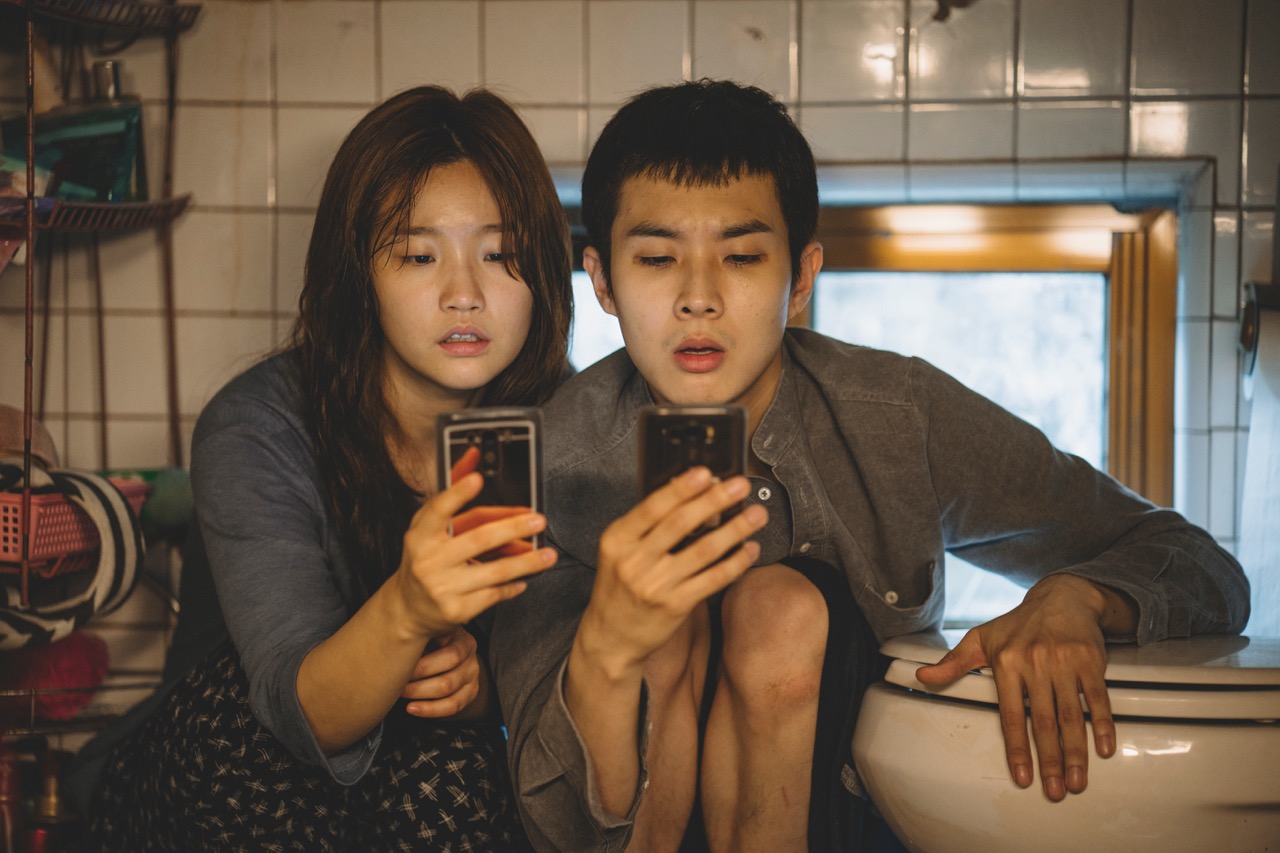 The ease with which the Kims, propelled by giddy self-assurance, pull off these Robin Hood shenanigans creates the illusion of life falling into place, one domino at a time. And it’s this illusion that holds the Kims together—and endears them to us. In a sense, we the audience are suckered too: the initial success of the scheme seduces us with the notion that opportunity is everywhere to be seized, that poverty can be willed away with just a little effort and well-judged risk. The most basic of tools—a pair of panties, a sprinkle of peach fuzz, Photoshop—are ingeniously weaponized by characters who have few other resources at hand. It’s exhilarating to watch them slash their way to upward mobility, with a bootstrap-pulling gusto we don’t often see in nihilistic portraits of the lower class. When the Parks leave for a camping trip, the Kims let their guard down enough to indulge in a vacation of their own. Family romance meets real-estate reverie: the house may not be theirs, but the hubris they feel over their class-leveling caper has them daring to imagine it could be.

Bong is an artful but unpretentious master of genre, and one of Korea’s most talented contemporary filmmakers. Parasite—his most relentlessly entertaining movie to date—reminds us that it’s not just impeccable skill that gives his best thrillers their panther-like momentum. At the core of this film is an us-vs-them solidarity that makes even its most contrived narrative payoffs reverberate with emotional authenticity. Made vivid by a remarkable cast, who not only flawlessly execute the story’s hairpin turns from slapstick to suspense to melodrama, but also expertly inhabit the personas that the protagonists adopt while in the Parks’ domain, this camaraderie calls to mind that found in the director’s 2006 blockbuster The Host, an eco-themed creature feature in which another family of four bands together for survival. Bong, who majored in sociology in college, has an affinity for seeing oppressive structures as obstacle courses that test his heroes’ strategic problem-solving and brute endurance. When this formula works less convincingly, as in the 2013 international coproduction Snowpiercer, it can result in the hollow intensity of a video game: all adrenaline, no human feeling. What sets Parasite apart is that we’re intrigued as much by the Kims’ wiliness as by their valiant struggle—and, when the movie is soaring, we can hardly tell the difference between the two. 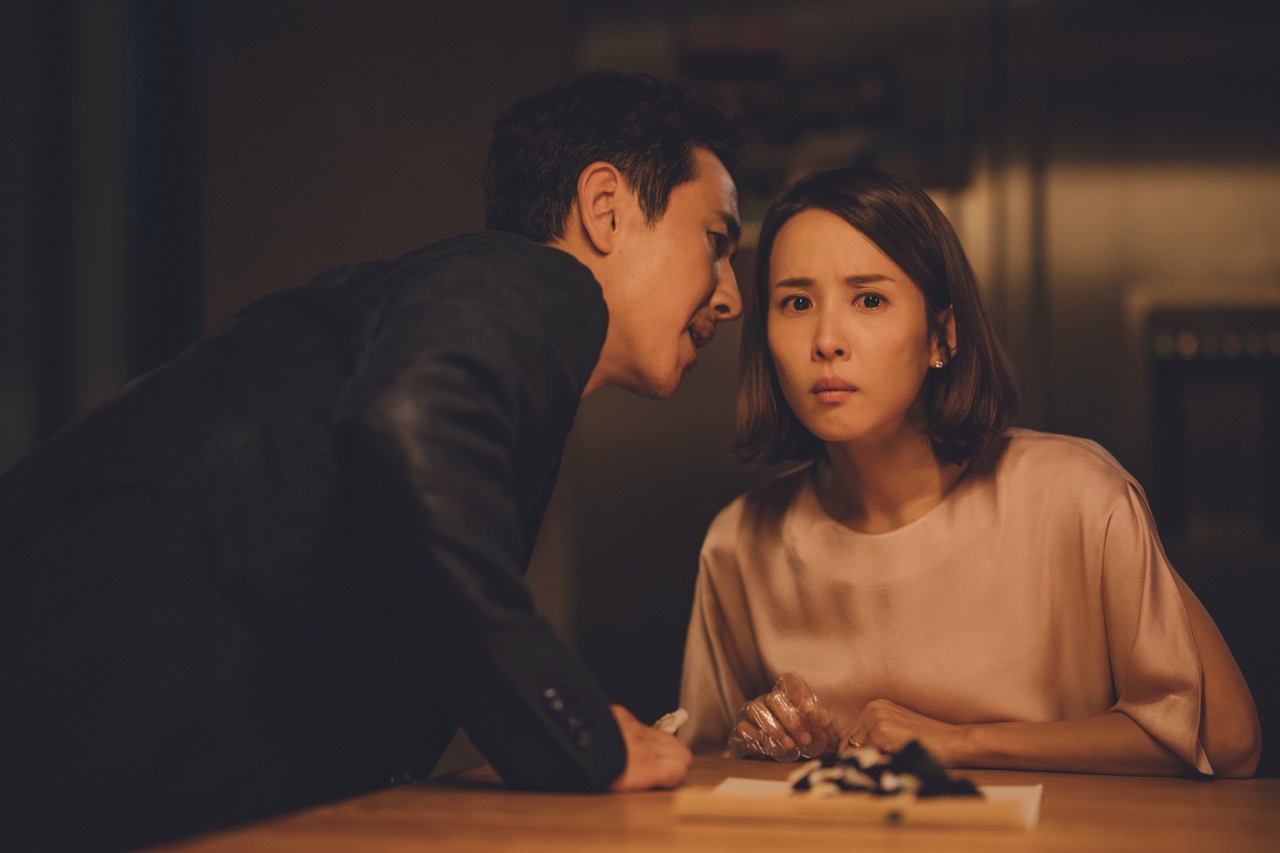 Bong has called the movie “a comedy without clowns, a tragedy without villains.” That’s the kind of trite formulation often heard from artists trying to project an air of humanist wisdom, but in the case of Parasite—a film that careens from rage to despair to compassion and even occasional delight—it rings true. Just as the director avoids sentimentalizing the Kims as martyrs or revolutionaries, he also doesn’t try to make the Parks more sinister than they need to be: their very banality, not to mention their obliviousness, is what keeps the whole cruel system humming along. This may be a home-invasion movie, but unlike most of the classics of that horror subgenre, the thrill of the invasion doesn’t rely on the homeowners’ escalating knowledge that they’ve lost control of their property. And if this is a class-revenge movie, it’s notably different from the recent sensation Hustlers, which revels in the spectacle of working-class women giving Wall Street douchebags a taste of their own predatory-capitalist medicine. In Parasite, the Kims start out with one quite modest ambition: not to flip a middle finger to the haves of the world but simply to eke out a living, through a non-illicit arrangement that by all rights should have been as seamless for the employer as for the employed. 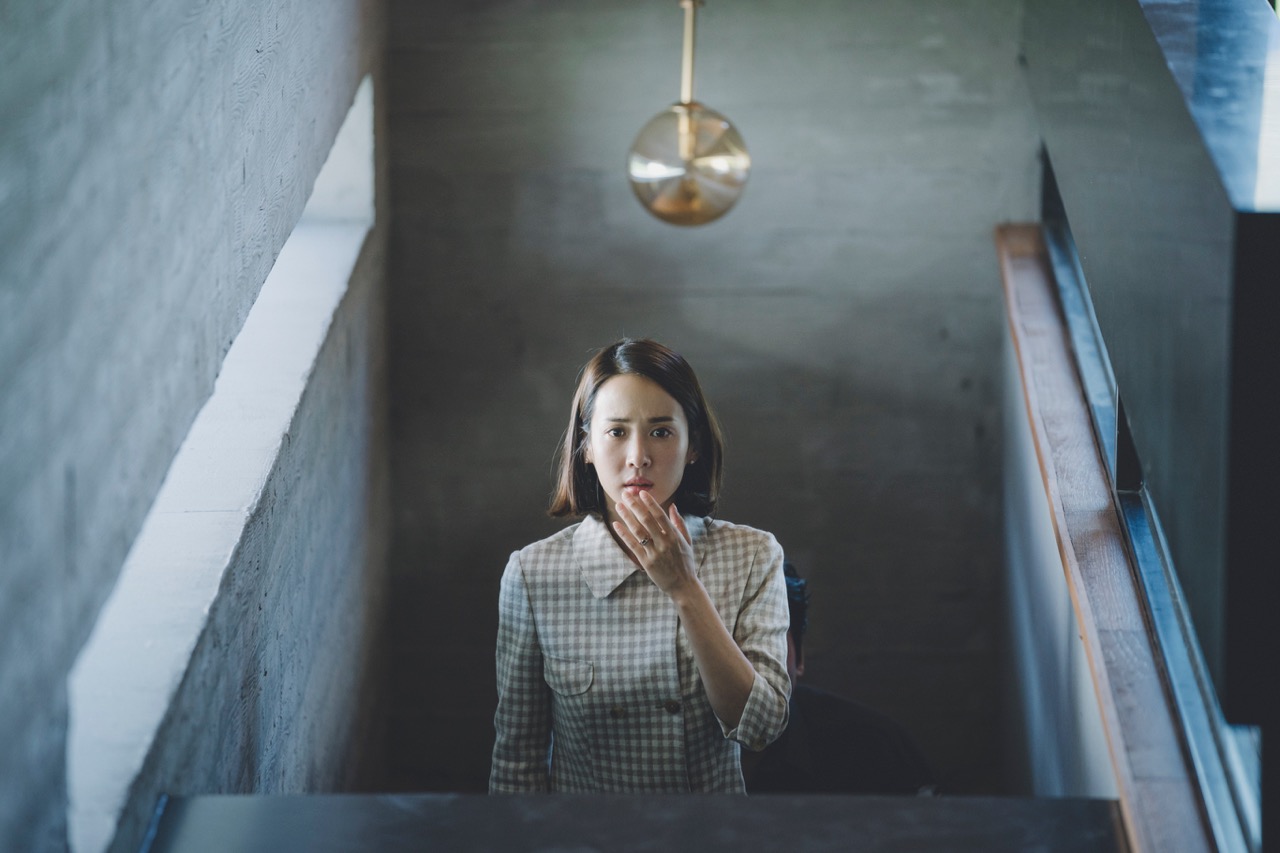 There’s a plot twist that happens right after the living-room scene I described above. As the film ratchets up the tension, it starts to juggle a number of danger-laden motifs: a creepy basement, Morse code, secret-spilling text messages—but I won’t spoil it any further. Suffice it to say that the twist leads to some bravura filmmaking, and it spins convenient ideas about class consciousness—that solidarity I mentioned—on their heads. And much like the rest of the film, the twist compresses several messy and chaotic truths into an unnervingly exquisite shape, making Parasite one of the few instances in Bong’s career where he has allowed his ideas to reveal themselves through the sheer elegance of his form. Those truths, that form implies, are not messy or chaotic at all. They are as carefully designed and brutally effective as the movie Bong has made to demonstrate them.