A movement tries to save an endangered architectural species. 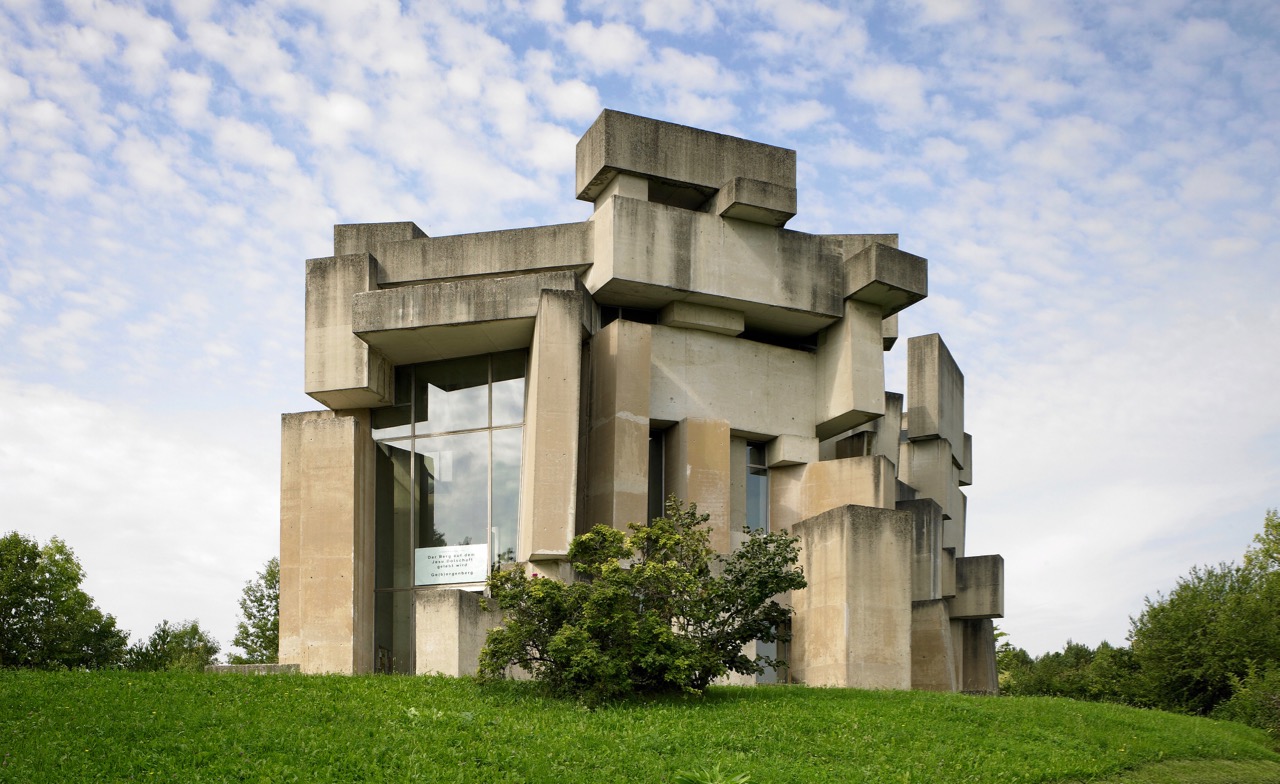 I fell in love with buildings that look like what the word “brutalist” sounds like—hulking, concrete fortresses, minimally adorned—on a visit to London’s Southbank Centre. This Thames-side area contains such behemoths as the Hayward Gallery and Queen Elizabeth Hall, structures that exemplify an architectural style prevalent in the 1950s through the mid-1970s, one that was favored by governments and universities but widely reviled by the public at large. My ardor, in other words, was not widely shared. But times have changed. Simply pick up your smartphone to surf a virtual sea of concrete contentment: The Brutalism Appreciation Society, Brutalism online, beautiful brutalism, #brutalisme, brutalismo, brutalismus, brutalismbeginsathome, brutalismismyboyfriend, along with the terrifically successful Tumblr Fuck Yeah Brutalism, and its offspring, Brutalismus and Brutalisme.

Despite their popularity online, many of these buildings are in imminent peril. Enter SOS Brutalism. Begun as a hashtag in 2015, #SOSBrutalism sought to draw awareness to the fact that these formerly derided, now-fashionable buildings are not registering on the radar of traditional architectural preservationists, even though many are in danger of being razed. Sending out an SOS to the world, the somewhat opaque organization (a collaboration between the Deutsches Architekturmuseum and the Wüstenrot Foundation, spearheaded by Oliver Elser, Philip Kurz, and Peter Cachola Schmal) has collected over one thousand edifices they’ve identified from nearly every continent. Taking the venture into the analogue realm, SOS Brutalism’s organizers have edited and published a book to showcase 120 significant projects, with six geographic regions given slightly lengthier treatment in the form of case studies. (An accompanying exhibition, running through April 2, 2018, at the Deutsches Architekturmuseum, presents the same edifices in a gallery context, with the bonus addition of large-scale models). 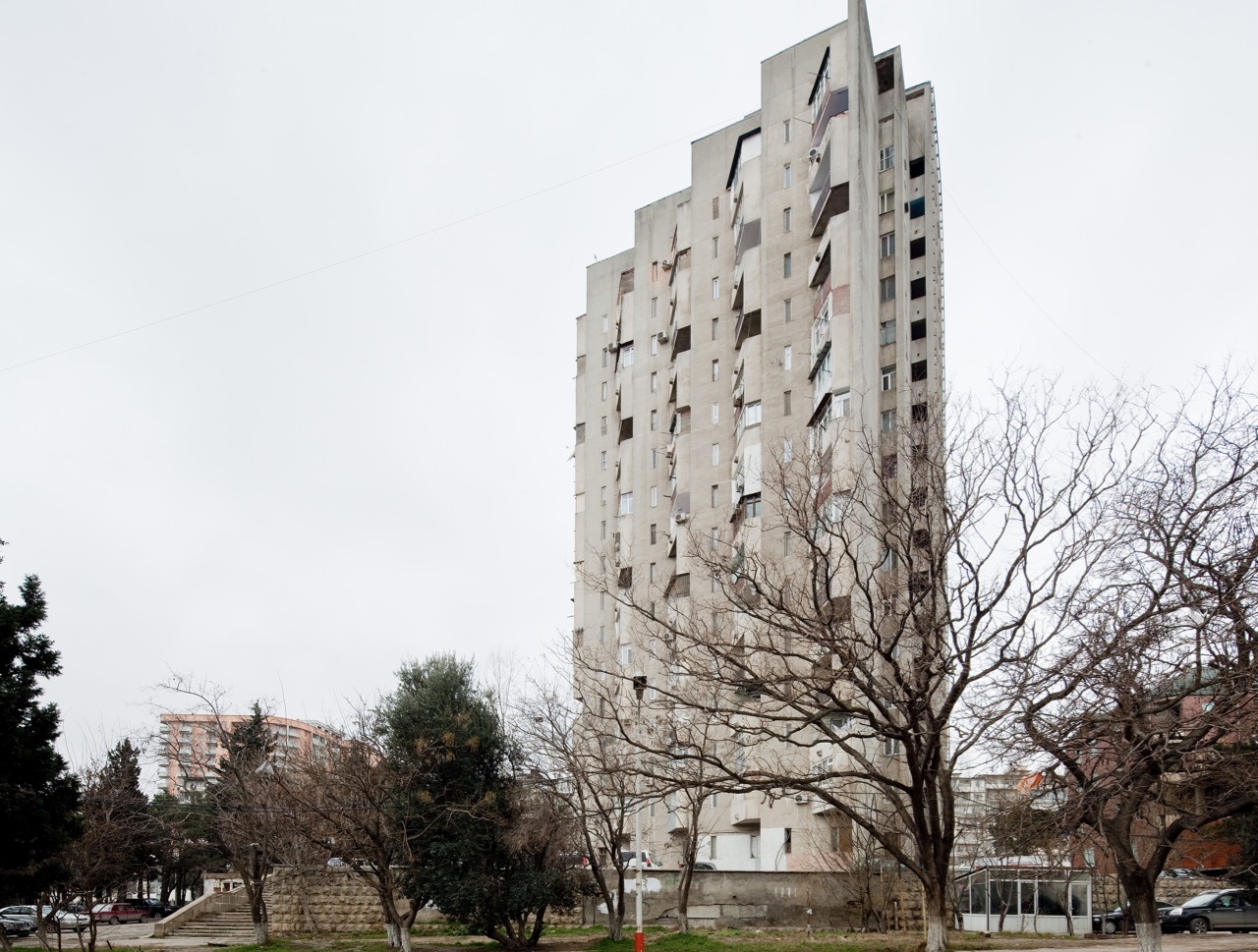 The image people typically conjure when hearing the word “brutal” in an architectural context is a precast, exposed concrete structure in which the imprints of the wooden formwork used in the fabrication process are intentionally left to linger on the material’s surface. The result resembles a three-dimensional version of a monochromatic painting by Gerhard Richter—all orthogonal planks, smears, and ridges. Some of the most iconic buildings considered “brutalist,” though, are made not of concrete but of brick or stone, a point SOS Brutalism notes in its somewhat loose definition of the category: “Brutalist buildings are not always made of concrete. But they are always ‘rhetorical’ in that they blatantly place the focus on their material or sculptural form.”

The SOS Brutalism project bores through the substrate of late modernism to reveal an architectural classification, while adopting a technique similar to Hitchcock and Johnson’s 1932 International Style exhibition and catalogue by establishing some fundamental aesthetic criteria (rough skins, lithic formations, ashen surfaces) to be applied taxonomically and geographically to an otherwise disparate grouping of structures. The resulting collection astonishes in its sheer variety of formal and material permutations: Laorga and López Zanón’s Itsas Eskola (or Fishing and Navigating School, Pasaia, Spain, 1966–68,); Nøstvik’s Kenyatta International Center (Nairobi, Kenya, 1967–73); and Kostin and Marukov’s V. Lenin Palace of Sports (Bishkek, Kyrgyzstan, 1974). These are just three wildly imaginative buildings that might be visualized as otherworldly if not for their substantial gravity. 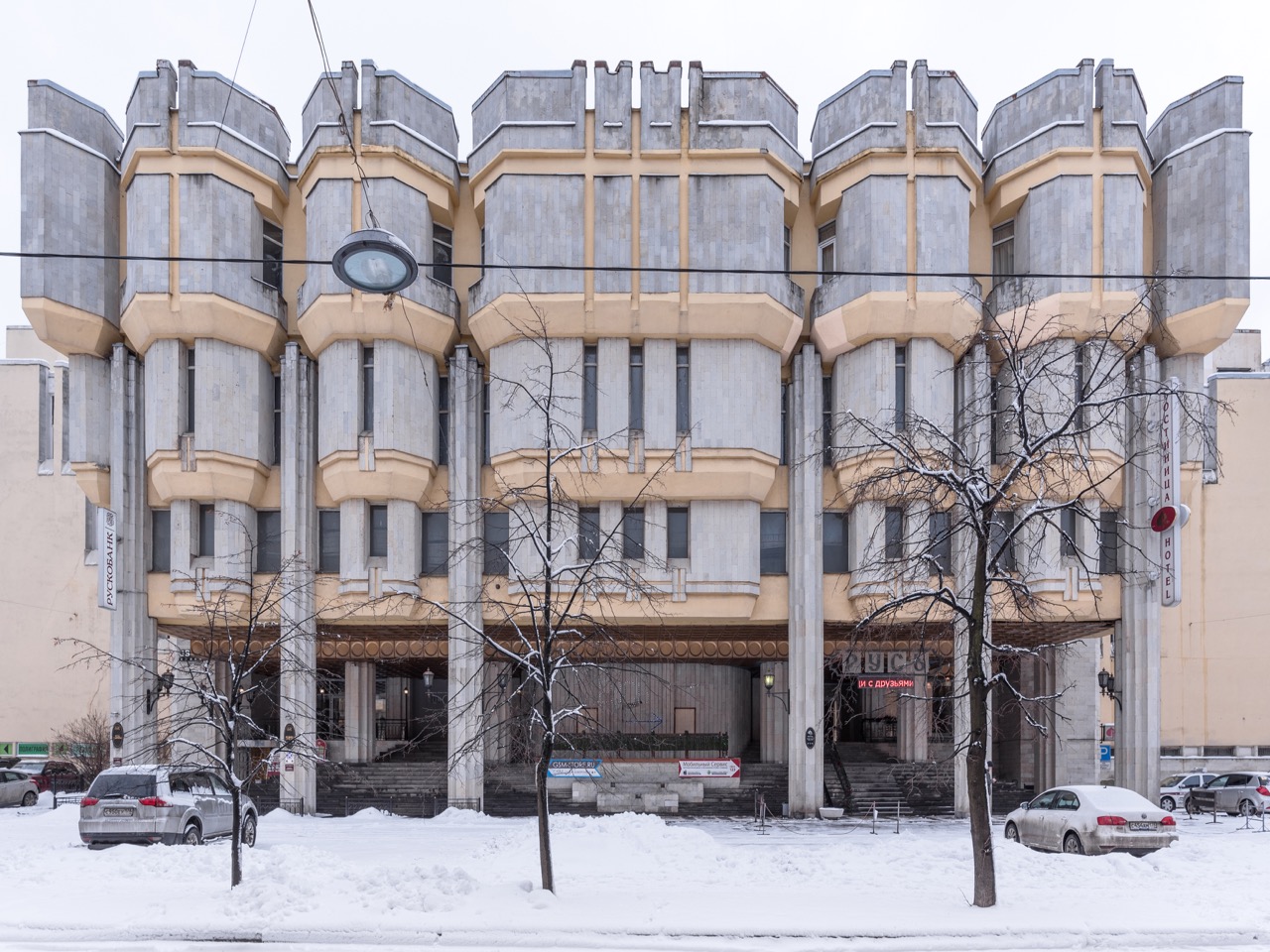 Despite the internationalism of this brutalist array, a quick namecheck reveals that the vast majority of the projects were designed by Western architects; the accompanying short texts try to make meaningful connections to vernacular styles, but it seems quite clear that the embrace of concrete in its raw form (or, as it’s known in French, béton brut, which may or may not be the origin of the term brutalism—a much longer conversation) has more to do with economy and availability of materials than with the creation of an architectural movement. I remain unconvinced that there is any kind of uniform logic across the brutalist spectrum as proposed by SOS Brutalism, though the impressive (and massive) array of contributors to the book (I count 124!) have provided a huge amount of formal and historical analysis, with much more available on the project’s aforementioned website.

In the interest of full disclosure, I will share that a decade ago I wrote my PhD thesis on the New Brutalism. The term’s originators, British architects Alison and Peter Smithson, preferred to write it as a proper noun when they conceived of the idea in 1953, intending to initiate a shift in architectural and urban planning priorities in the wake of WWII’s devastations. My scholarly intent was to reinvestigate the Smithsons’ stated goal for the New Brutalism to be understood as an architectural ethic, not as an aesthetic. Resuscitating the modernist architectural legacy of the 1920s—all sleek white walls, steel, and vast expanses of fenestration—seemed to the Smithsons a tone-deaf solution for rebuilding after World War II, given its large-scale destruction and human rights abuses. Instead, the Smithsons argued for an architecture of authentic (as opposed, I imagine, to “rhetorical”) experience and an “honest” use of materials. While their practice stayed primarily theoretical, as members of the interdisciplinary Team 10 collective the Smithsons helped to shift architectural priorities away from material preoccupations toward a more socially aware conception of the built environment and urban design that placed ethical matters (of site, of program, of function) before aesthetic delectation. 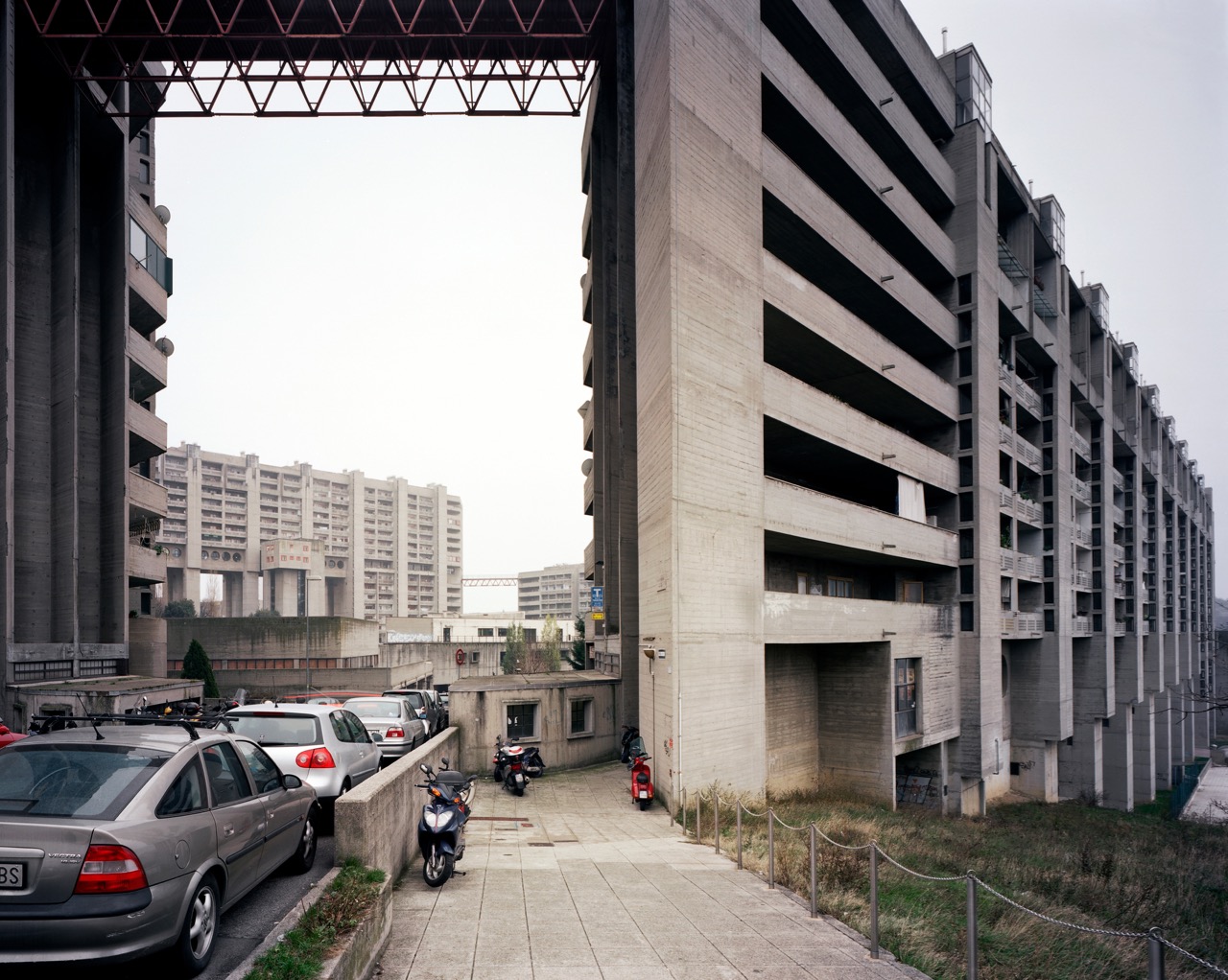 This change (and my examination of it) merits a brief mention in the SOS Brutalism book before being packed away as irrelevant to its project (and in doing so, allows me the singular pleasure of witnessing my entire dissertation be literally reduced to a footnote, page 25). No sour grapes for me, though. Theirs is not this old man’s New Brutalism, and by the editors’ own admission, SOS Brutalism’s purpose seems primarily a social media–fueled celebration of this long-maligned architectural trend, motivated by the binding logic of the SOS Brutalism project’s aesthetic priorities (absent any shared ideological program) and its desire to see these increasingly beloved structures endure in perpetuity; in Elser’s words: “SOS Brutalism . . . attempts to rechannel the energy from the internet’s filter bubbles to the very spot where bulldozers and demolition balls are waiting to destroy the next concrete monster.” 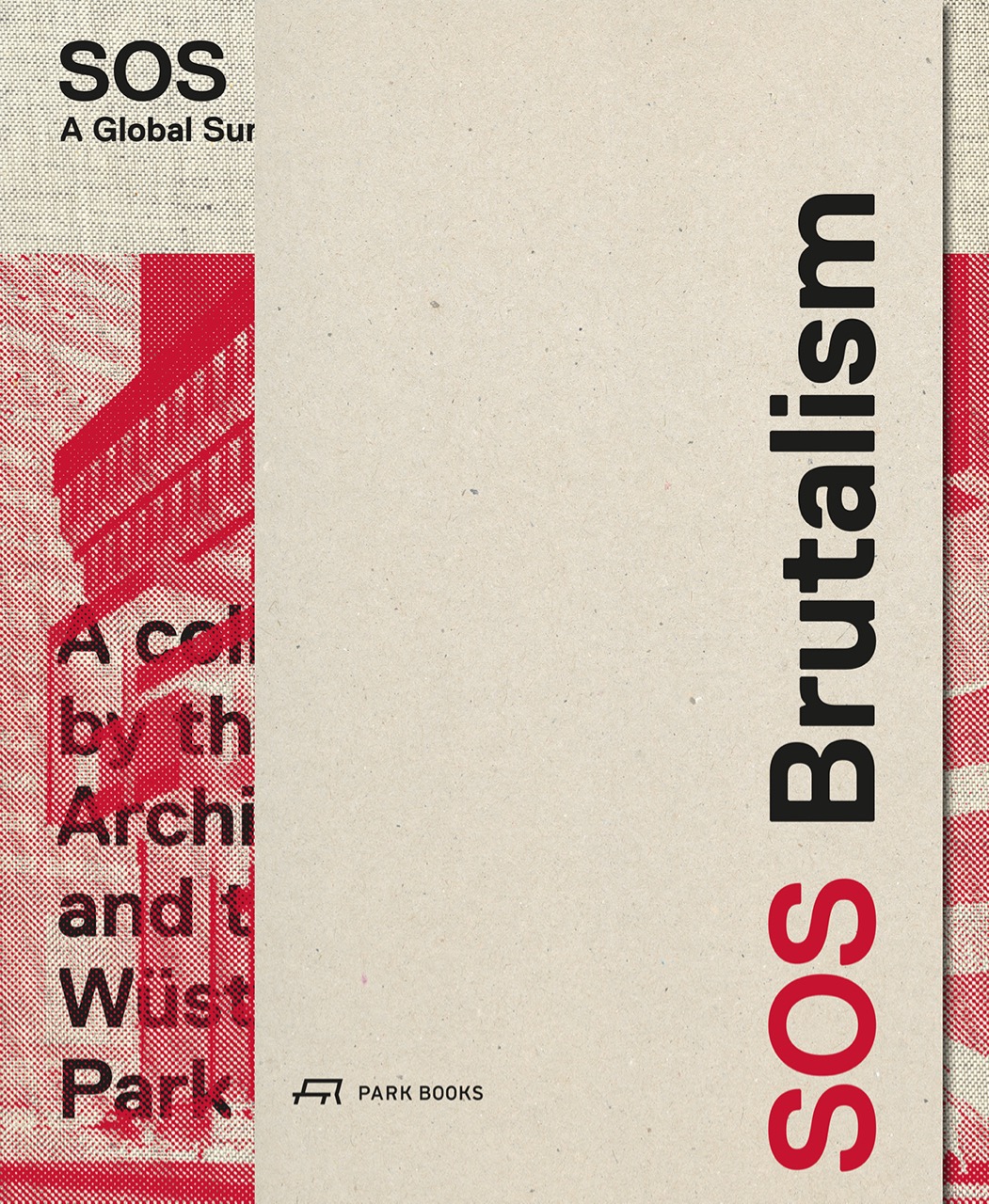 The publication itself is gorgeous and was deliberately inspired by the critic Reyner Banham’s controversial, now coveted, 1966 overview entitled The New Brutalism: Ethic or Aesthetic?. Park Books nostalgically evokes the typeface (though substituting a newish font called Replica for the original Helvetica variant), layout, and paper stock and filled out the package with an additional paperbound volume of essays from a 2012 symposium on the topic held in Berlin. Brutalism has become a fad and fascination for design nerds, and SOS Brutalism: A Global Survey does not disappoint, but the pleasures of the book are more sensory than intellectual.

Noah Chasin writes on the intersection of human rights and the built environment in twenty-first-century urbanization. He teaches the history and theory of Urban Design at Columbia University, where he is also affiliated faculty at the Institute for the Study of Human Rights, and at the New School. He is executive editor at The Drawing Center.