An early César Aria novel makes its way into English. 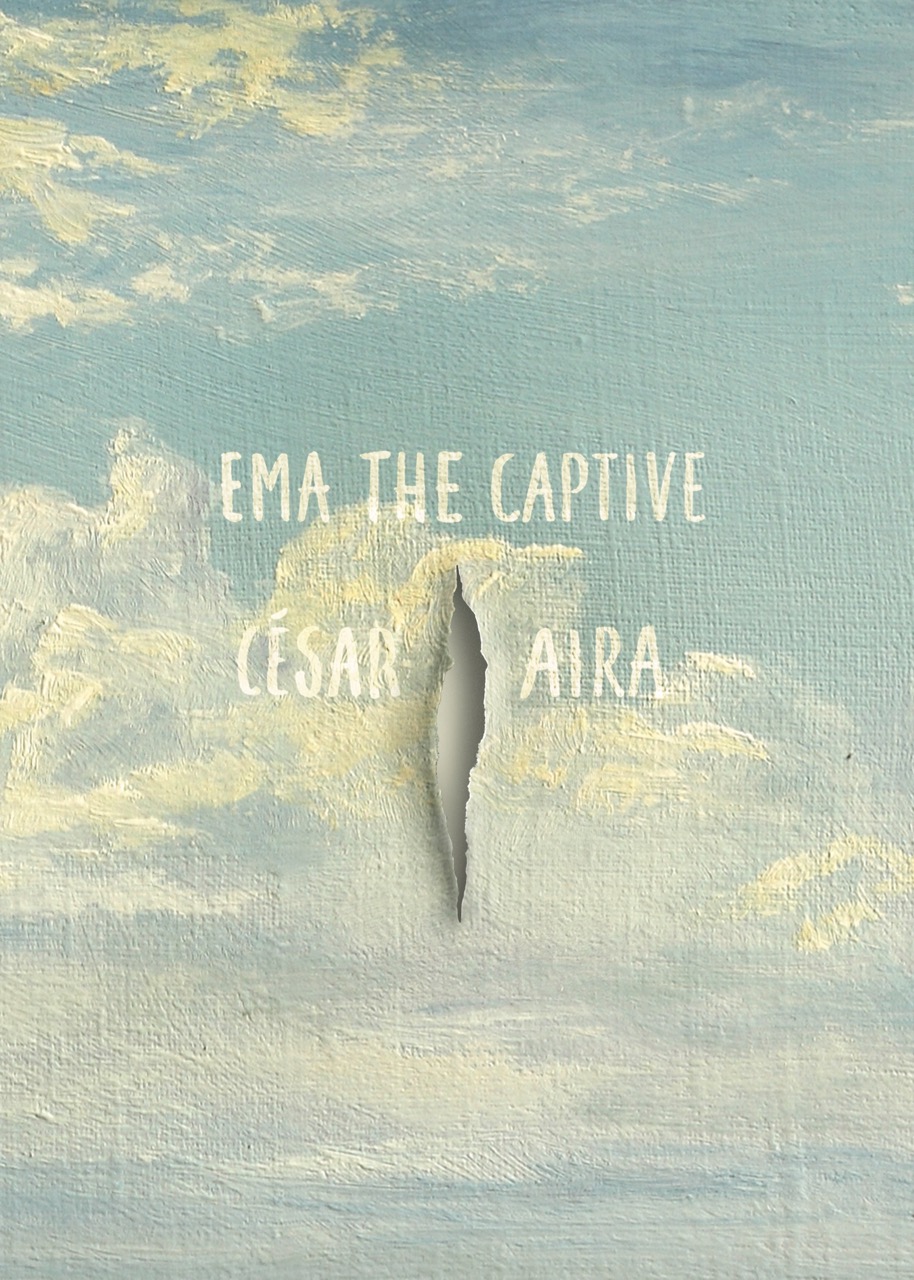 In the last few years, César Aira has emerged as one of the most celebrated Latin American writers, and surely the most prolific. He is the author of over sixty novels, a dozen books of essays, and a few collections of short stories, a number of which have been translated and published in the US. Most (How I Became a Nun, The Miracle Cures of Dr. Aira, An Episode in the Life of a Landscape Painter) are of short or medium length, and contain the kind of seemingly improvisatory, apparently formless narratives that have characterized his work since the 1990s. First published in Buenos Aires in 1981, Ema, the Captive is his second book, and the one that started cementing his reputation. Its appearance in English now allows the reader to explore Aira’s early laboratory.

It is in this work that Aira began developing the defining elements of his style: a proliferation of stories and theories and a propensity to mix forms of popular narrative (bestsellers, comics, novelas de costumbres) with elements culled from avant-garde literature and modern art. Stephen King (Aira has translated many of his books into Spanish), Raymond Roussel, and Marcel Duchamp are associated sometimes within a single phrase.

Also characteristic of Ema is a type of narrative construction that would be further developed in Aira’s later work. We might say that Aira’s novels aspire to self-annihilate. Perfectly sensible characters become suddenly deranged, anodyne events spiral in increasingly expansive, disorderly trajectories, and the plot practically disappears as it unfolds. At the same time, the story is interspersed with a multitude of theories, systems built on paradox, a kind of wild philosophy that is both compelling and elusive.

Ema, the Captive takes place in the Argentine pampas (or flatlands) of the nineteenth century, when the state expanded into the formerly Indian territories that now make up the southern part of the country. Aira’s novel describes an eerie world where soldiers, explorers, criminals, and indigenous people form uneasy communities, and where violence is both omnipresent and banal. Ema, the novel’s heroine and its somewhat empty center, is a white woman of an indeterminate age between childhood and adulthood, and the mother of a small boy whom she constantly carries with her. She is traveling with soldiers who are leading a group of prisoners to a fort in the then-frontier town of Coronel Pringles (the same town where Aira was born in 1949). She has a prestige derived from having once been captured by the Indians, and her preferred occupation is caring for exotic animals. Though she is always quiet, absorbed in the contemplation of nature and the labors of maternity, she had noted an incipient capitalism among the indigenous people of the pampas premised on the indiscriminate printing of paper money. That, along with the mysterious appeal she holds for the novel’s subtly hedonistic chieftains, will guide her toward an exorbitant economic project that will change her (and the pampas’) life: the development of a pheasant farm, where techniques of artificial insemination anachronically invented by the local tribes are taken to their most consummate expression.

Aira’s book induces a permanent perplexity in the reader. On the one hand, there is the story that is being narrated, full of promises of exoticism and adventure; on the other, there are the ideas that slip into the comments of the narrator and the dialogue of the characters, ideas that seem to belong to a historical world entirely different from the one that the narrative postulates (Indians speculate on the ultimate nature of money, a presumably illiterate soldier ponders the deepest nature of reality). Here, as in all of Aira’s work, the ideas that run with (and sometimes through) the adventures become themselves the nucleus of the events being described, and frequently reveal the elliptical meaning of the story being told.

“. . . What counts in the unfolding of an adventure is how the days repeat one another exactly. ‘Adventures,’ he said to himself, ‘are always adventures in boredom.’” These words, spoken early in the book, belong to Duval, a French engineer hired by the Argentine government who crosses the seemingly infinite pampas for the first time in the company of a multitudinous caravan of helpless soldiers, famished prisoners, women with children, and suffering animals. Our engineer encounters the exotic for the first time, but the effect of that atmosphere is nothing like the excitement so frequently expressed by French, English, and German writers in nineteenth-century Argentina: he is submerged in fatigue, incomprehension, and above all, monotony.

Tedium is the novel’s minor key, exemplified by the lack of crescendos in the plot, the emphasis on environment and detail. The novel’s adventure becomes the absence of experience, which opens the space for the pure description of the surrounding landscape. The travelogue of an otherwise stereotypical explorer meets the world of a Samuel Beckett or a Maurice Blanchot.

Duval’s boredom is echoed and balanced by the elusive nature of the protagonist. After presumably spending the night with Ema, he declares himself surprised by her impassiveness. Ema’s tendency not to act stands in contrast to the male characters’ hyper-expressivity: they act by means of their expression. Scenes are centered around greetings, speeches, gestures of exchange, and over-prolonged dialogues that take place against the background of the elastic harmony of the pampas, a harmony that no tension seems to be able to threaten.

Ema’s impassiveness as a protagonist represents another index of the ironic relationship this novel establishes with its great literary model, the realism of the nineteenth century. As that genre demands, Ema, the Captive is divided into temporally unified sections, seeks to make actions and scenes as transparent as possible, and presents characters who are recognizable social types. But the lack of conflict and the elimination of all psychological depth, together with the way that conceptual elaborations, paradoxes, and detailed surrealist events constantly disperse the plot line, render this literary text very much of the present moment. Aira’s crossings (of temporality, genre, aesthetic language) are always surprising, captivating; they make us seek out formulas to describe their effects. Critics try to do so constantly. But Aira is always moving on to some other place, safe from any category.

Sergio Chejfec is an Argentine author of novels and essays who lives in New York. Some of his novels have been translated into English and published by Open Letter. He teaches in the Creative Writing in Spanish Program at New York University.