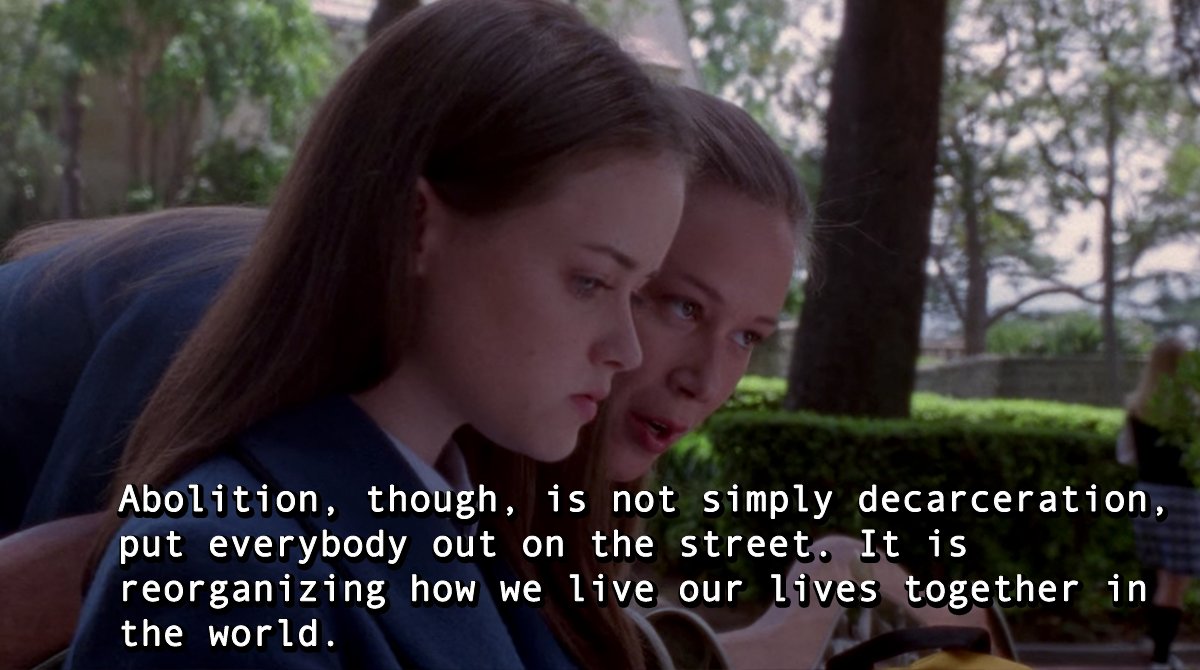 4Columns returns with a new issue on September 4. This week, we reconsider cultural representations of crime and punishment in light of what we have begun to learn from the prison abolition movement.

This summer’s movement against police brutality brought the argument for prison abolition to a wider audience, which has stirred some public confusion as to what that argument effectively means. It is indeed hard to imagine the penal system as anything other than a self-evident necessity; perhaps it is unjust, perhaps it needs to be overhauled, but how could society realistically operate without it?

To better understand the abolition position, we can turn to Angela Davis, a preeminent interlocutor of the movement, who has rigorously demonstrated how the prison-industrial complex can only be comprehended as the latest incarnation of the slavery system and Jim Crow: other regimes of social control that once also seemed self-evident, but which most Americans would now disavow. The American penal system cannot be reckoned with independently from racism and white supremacy—or, now, the ills of advanced global capitalism. And we cannot, therefore, be content with calls for reform—for in fact, “reform tends to strengthen institutions, especially those geared to social control,” illustrious prison scholar Ruth Wilson Gilmore has summarized. Hence, there is the need for abolition. (To learn more, visit Mariame Kaba’s blog, Prison Culture, which includes an essential bibliography; if you’re wondering what could replace the carceral state, check out the blog’s section dedicated to community accountability and transformational justice, with an additional reading list. Another consummate syllabus can be found on the Black Perspectives blog.)

Much is done to keep the machinations of the prison-industrial complex invisible. Part of that work is done by films, TV shows, true-crime podcasts, detective novels, and other popular entertainments that reify the politically and economically expedient notion that “law and order” is the sine qua non of a functioning society. In this week’s summer missive, we look at reviews that help to make that machine and its workings more palpable. The following essays are organized under the headings “crime” and “punishment,” but their subjects complicate the articulation of those two terms together, illuminating how the penal system is not the answer to resolving crimes that are in fact a manifestation of systemic state-crafted violence. 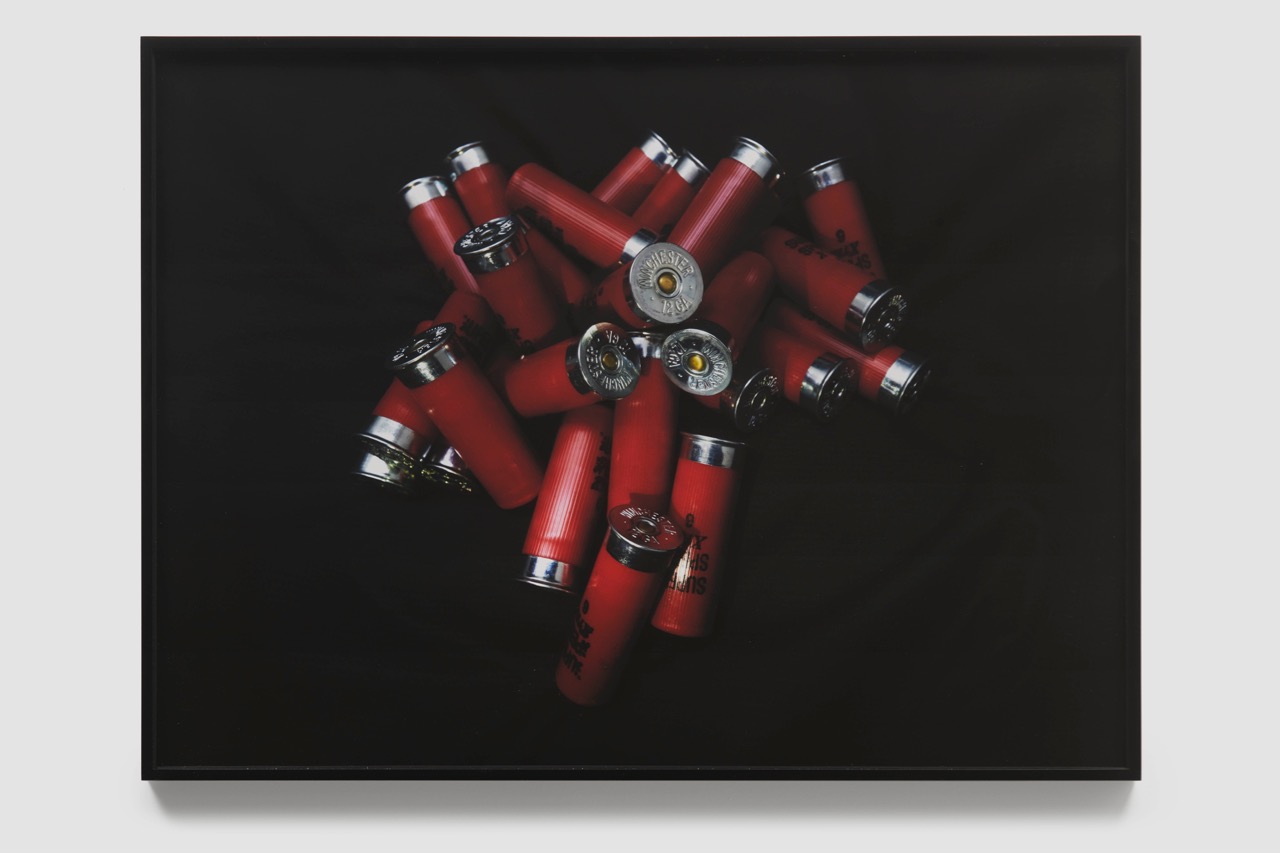 Controversial Mexican artist Teresa Margolles often takes crime as her subject matter, investigating deaths as evidence of the sociopolitical and economic systems that help shape the devastating problems of her country. In a recent exhibition at James Cohan’s gallery in Tribeca, Margolles, “long focused on the crises of militarized cartels and femicide in Mexico . . . turns her eye to the scourge of mass killing in the United States,” notes Johanna Fateman in her review; Margolles then goes on to cast her gaze on the connections between US gun manufacturers, retailers at Southwest border states with lax gun laws, and organized crime in Mexico. Fateman writes that the artist’s restrained sculptures raise a cruel question: “What in our world of contested territories, policed borders, institutional structures, private property, and consumer goods has not been likewise touched by or soaked with horror?” 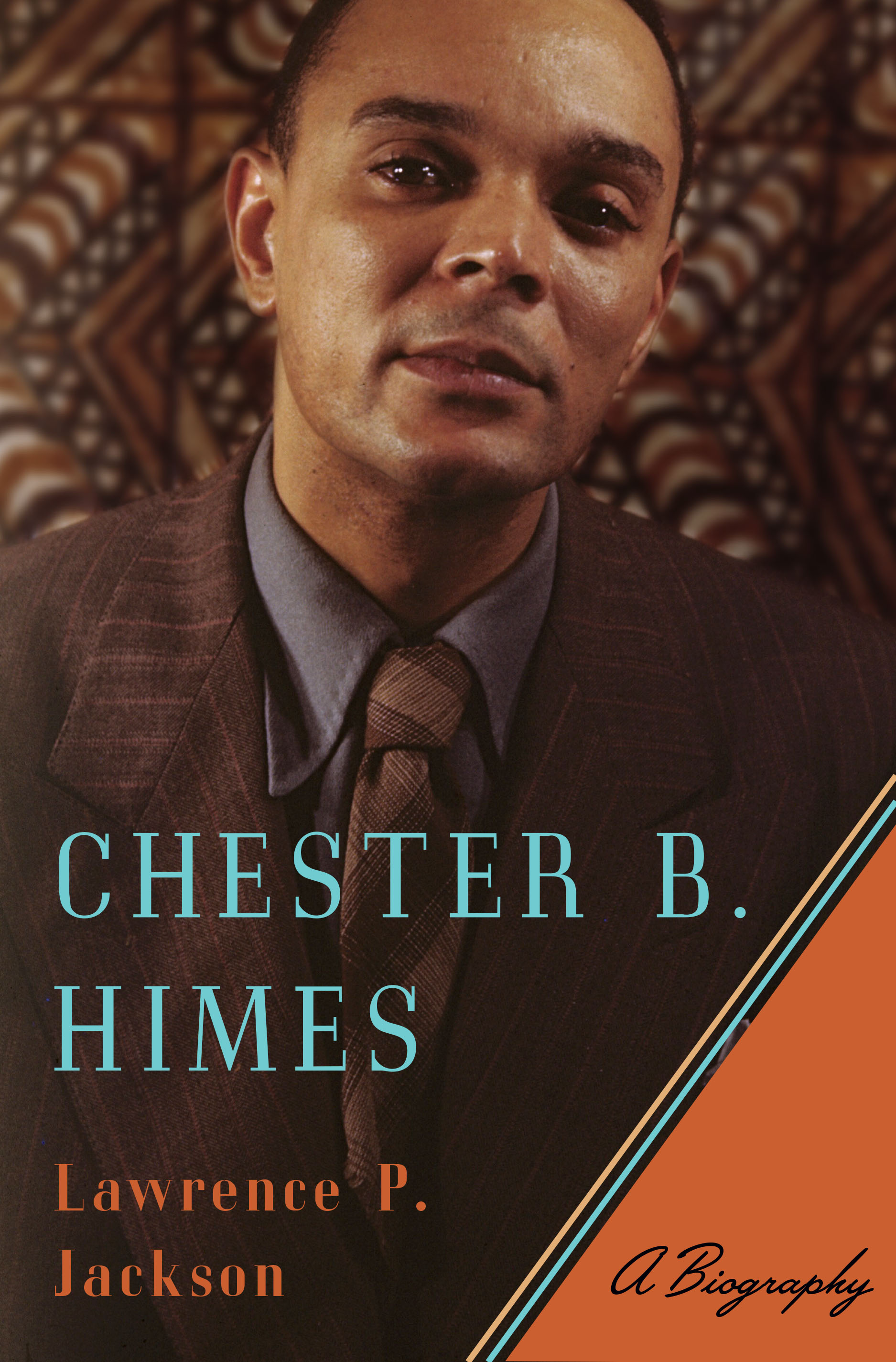 In his review of Lawrence P. Jackson’s exemplary 2017 biography of American author Chester B. Himes, Tobi Haslett writes that “Jim Crow and eight years in prison revealed to young Chester how the state could smash the self—so he would spend much of his writing life brandishing his own jagged fragments, brashly proclaiming his psychological tortures in a way that proved how massive and ingenious—how truly marvelous—they were.” After expatriating to France, Himes would end up becoming a paragon of the hard-boiled crime genre with “his Harlem detective novels—starring Coffin Ed Johnson and Grave Digger Jones, two detectives sloshing messily in a world of spilt blood, duplicitous prostitutes, elaborate heists, con men dressed as nuns, and trunks full of gold.” Literary scholars have written at length on the intensity and absurdity of the seemingly ceaseless violence in Himes’s stories, but the author himself has offered some clues, such as in a 1970 interview: “No one understands violence or experiences violence like the American civilians do. . . . American violence is public life, it’s a public way of life, it became a form, a detective story form.” 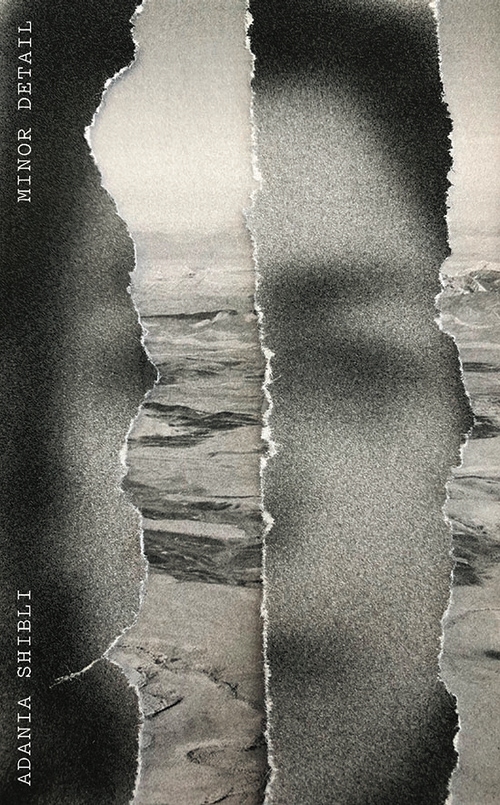 Palestinian writer Adania Shibli’s latest novel, the slim Minor Detail, released in a new English translation this past June, is an “explosive double-telling of a single crime story,” reviewer Kaelen Wilson-Goldie writes, “in a place dominated by the roar of occupation and ceaseless killing.” The plot hinges on a story of Israeli soldiers raping and murdering a Bedouin woman in the summer of 1949 in the Negev Desert. A quarter of a century later, a deeply neurotic woman in Ramallah learns of the crime, and becomes obsessed with this act of violence, “setting off on a terrifying detective” search to learn more of the murdered woman’s history. The novel’s inner purpose, Wilson-Goldie writes, “is to question, provocatively and on several levels (literary, philosophical, political, forensic), what makes a story true.” 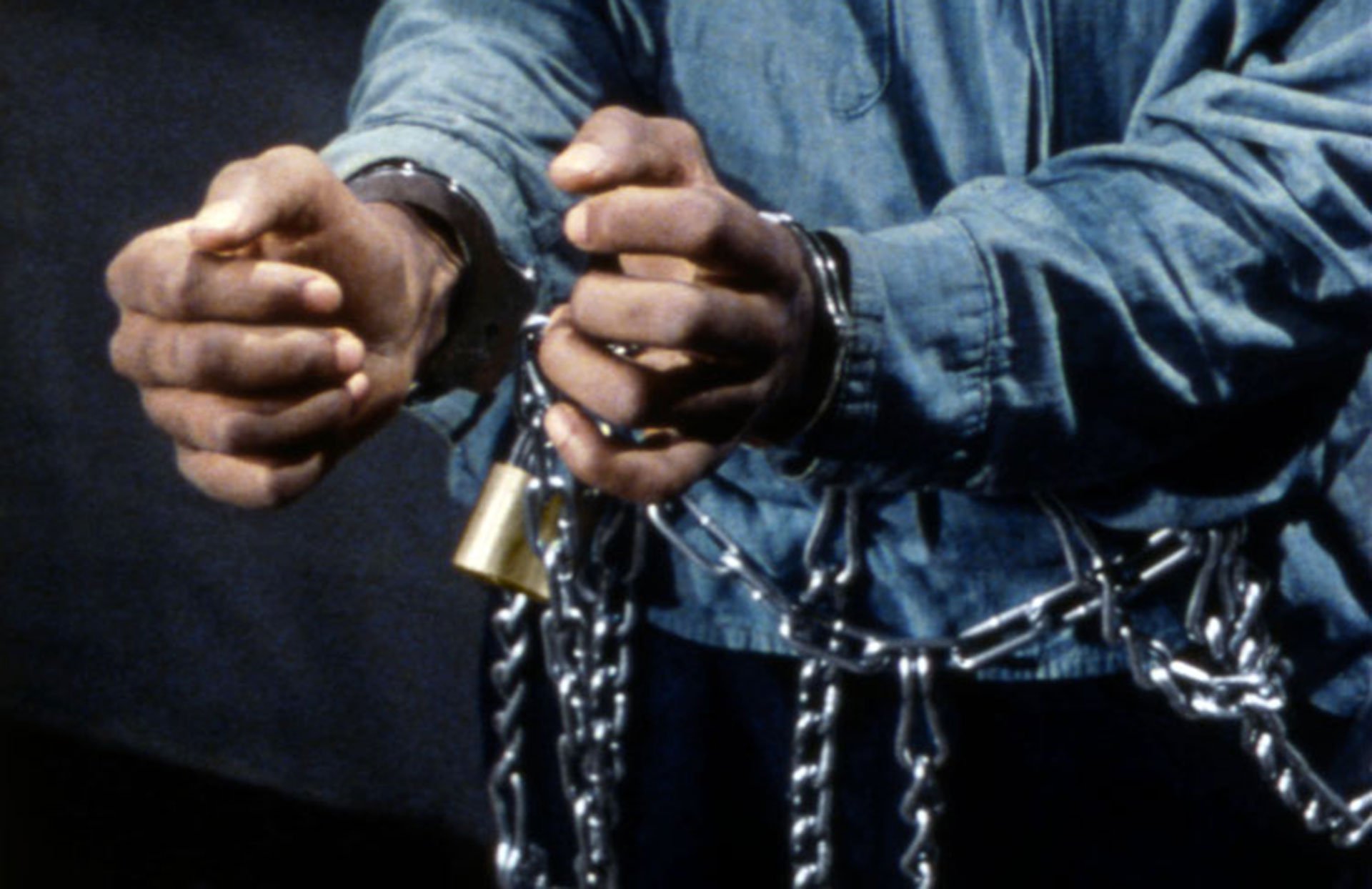 “Prison Images: Incarceration and the Cinema”
Reviewed by Leo Goldsmith

Last year, the “Prison Images” series at Anthology Film Archives interrogated “the fascination with images of incarceration even as the prison itself exists, at least for many, out of immediate sight,” wrote reviewer Leo Goldsmith. The timing of the retrospective was particularly auspicious, Goldsmith noted, “coming at a moment of intensified mobilization around the problems of mass incarceration and over-policing, and an increased interest in radical solutions, such as the prison abolition movement. Given the evident paradoxes of what scholars have called ‘the carceral state’—including the steep escalation in rates of imprisonment and law-enforcement budgets, even as crime rates have been dropping for decades—the time is ripe to reconsider the ways in which cinema has rendered the penitentiary and its effects visible.” 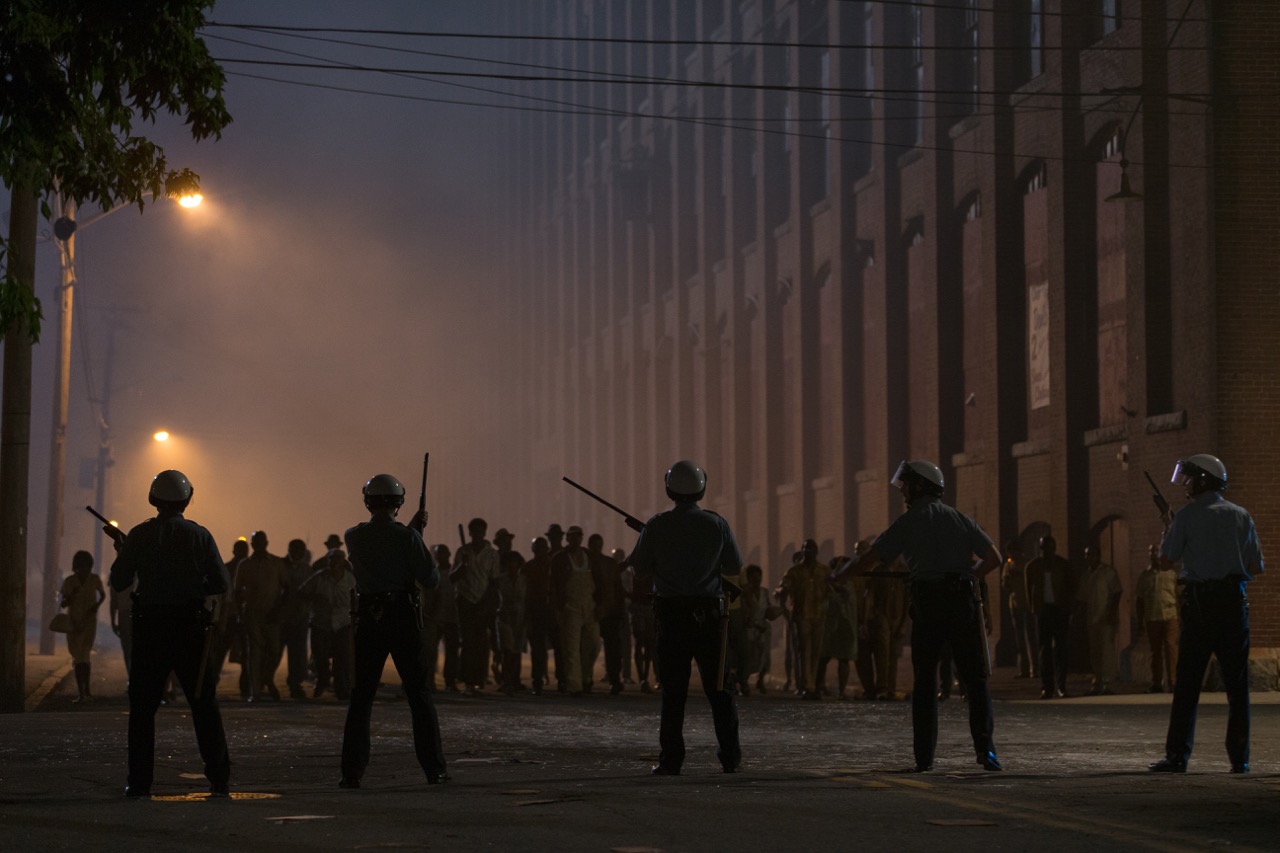 Harun Farocki cautioned that “even films critical of prisons wish to be entertaining,” Goldsmith pointed out in his review of “Prison Images,” “and this may be seen as part of the problem.” For Ashley Clark, a similar problem was at play in Kathryn Bigelow’s 2017 film Detroit, which was presumably intended as an indictment of systemic police brutality against Black people. The movie’s plot hinges on the murder of three Black men and torture of nine other people at the Algiers Motel in Detroit in the aftermath of explosive civil unrest in that city in July 1967. But the film becomes a vehicle of extreme “shock-and-awe spectacle,” Clark writes. “The filmmakers may claim that such extremity is necessary, and they are clearly at pains to present Detroit as a timely intervention, as relevant to present-day horrors as the era it portrays, and perhaps as crucial to influencing the public mood as the widely broadcast footage of civil rights protestors being beaten on the streets of Selma in 1965. Yet . . . Detroit’s bludgeoning insistence on graphically depicting state violence plays like overkill.” 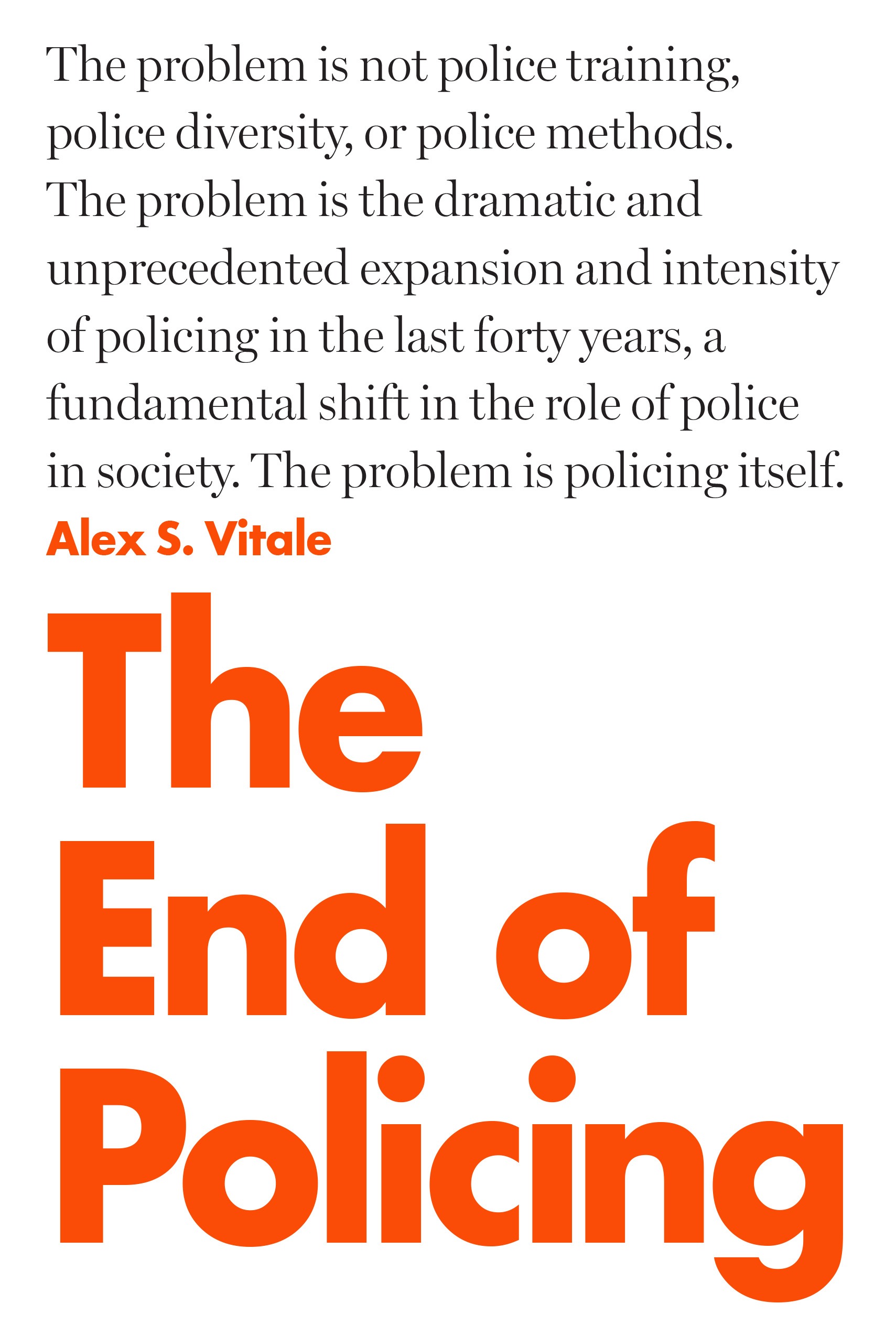 The End of Policing, by Alex S. Vitale
Reviewed by Sasha Frere-Jones

While its methods may be suspect, the content of Detroit underscores how “the culture of the police is historically violent, punitive, and above its own policing,” Sasha Frere-Jones writes of Alex S. Vitale’s 2017 book, The End of Policing, which acts as a useful stack of facts on “how and where the police started” that reveals how “their role in American life as destroyers of community is not surprising.” Frere-Jones delineates the surprisingly recent history of the creation of police forces in the US, where, “in the South, the police were simply recruited from the ranks of the former ‘slave patrols,’ allowing a morbid continuity. The history of the police could be reduced to a history of the corruption baked into this proposition and of the corporal violence that was encouraged from the start. The ‘protect and serve’ branding feels most accurate if we posit that it refers mainly to protecting those who pay the police.”