From Manet to Mickalene Thomas, a show examines the
black model in art. 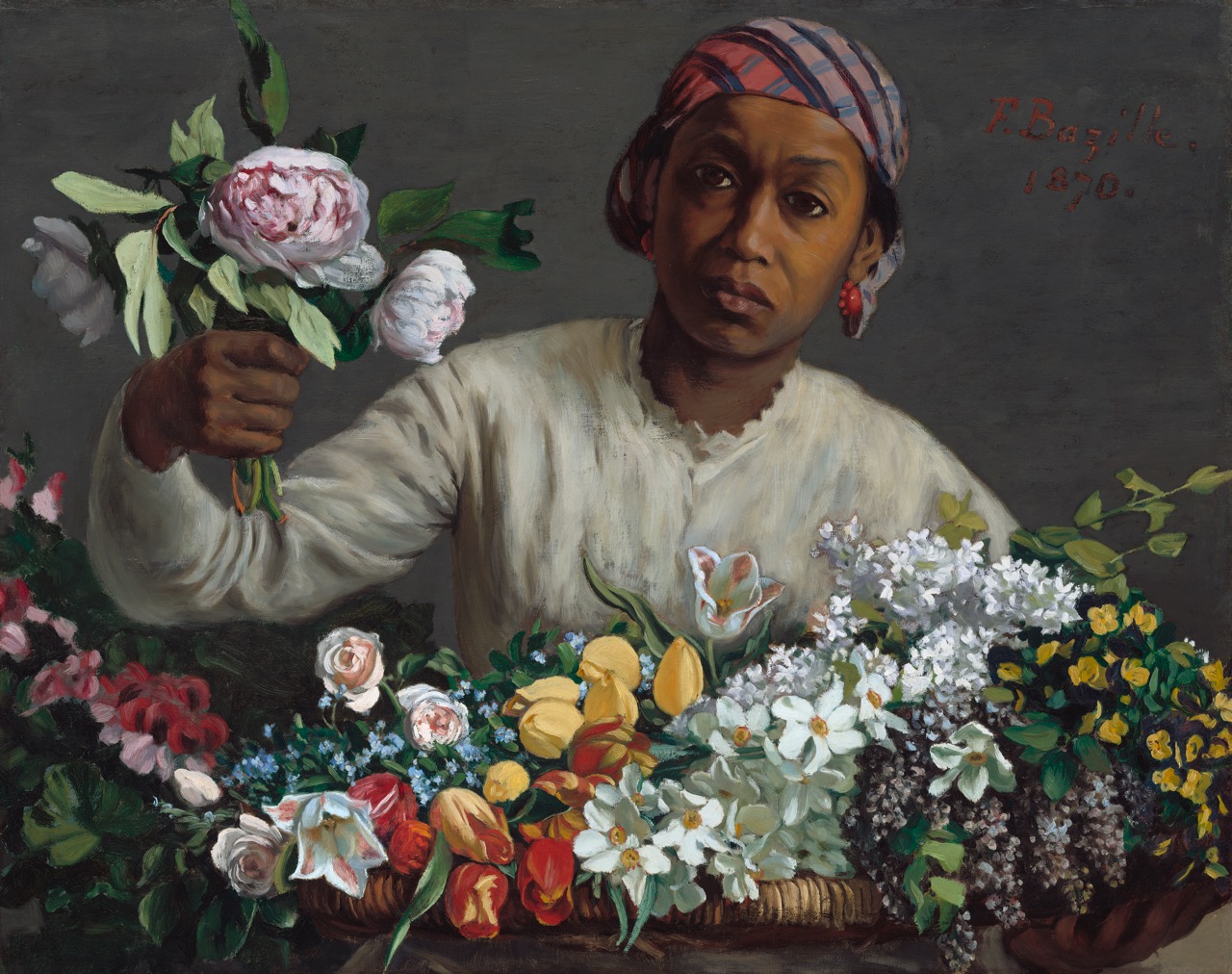 In a 1992 essay, Lorraine O’Grady homed in on the routinely overlooked black-skinned maid in Édouard Manet’s Olympia (1863), a painting that scandalized visitors to the Parisian Salon of 1865 as much for its frank address of the open secret of prostitution as for its daring formal qualities. Olympia’s maid played an all too familiar role here, one common in Western painting since the Renaissance—as the darker-hued, contrasting consort to the startlingly pale object of desire at the center of the image. “White is what woman is; not-white . . . is what she had better not be,” wrote O’Grady in her pithy analysis. In the history of Western art, she argued, the female black body is both overburdened with symbolic meaning—the other side of the coin of white femininity—and simultaneously almost always unheeded, treated as a prop or a sign (a “peripheral Negro”) rather than a subject of art. 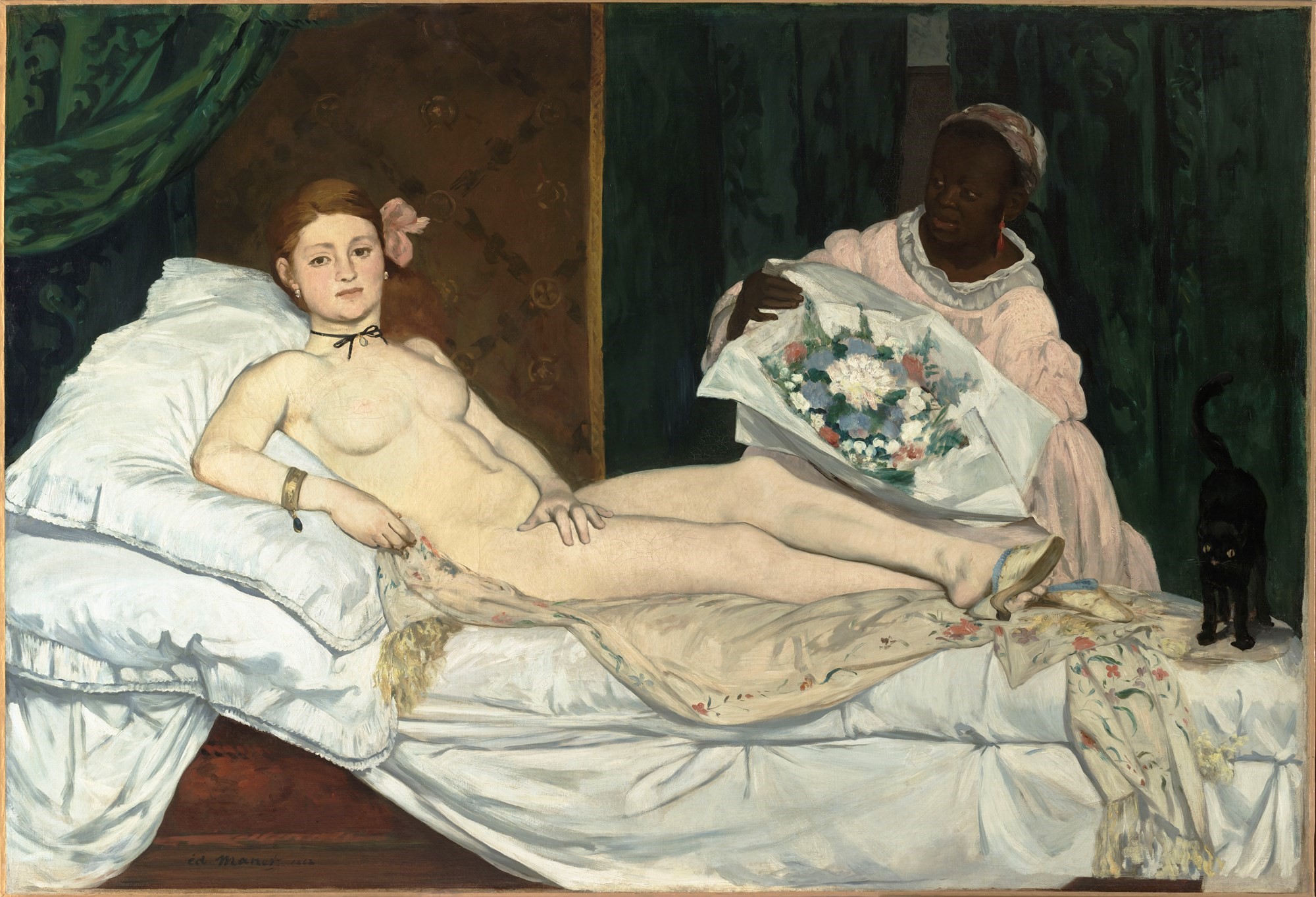 More than twenty-five years after O’Grady’s call to reclaim black female subjectivity, the exhibition Posing Modernity: The Black Model from Manet and Matisse to Today is the first attempt to bring into art-historical consciousness the woman—Laure—who posed as Olympia’s maid. Just as importantly, by placing her in a larger context of black models, muses, performers, and creative figures who lived and worked in Paris during the flowering of European modernism, the show adds a good shot of melanin into too-common narratives of the history of Western art as a de facto history of whiteness. 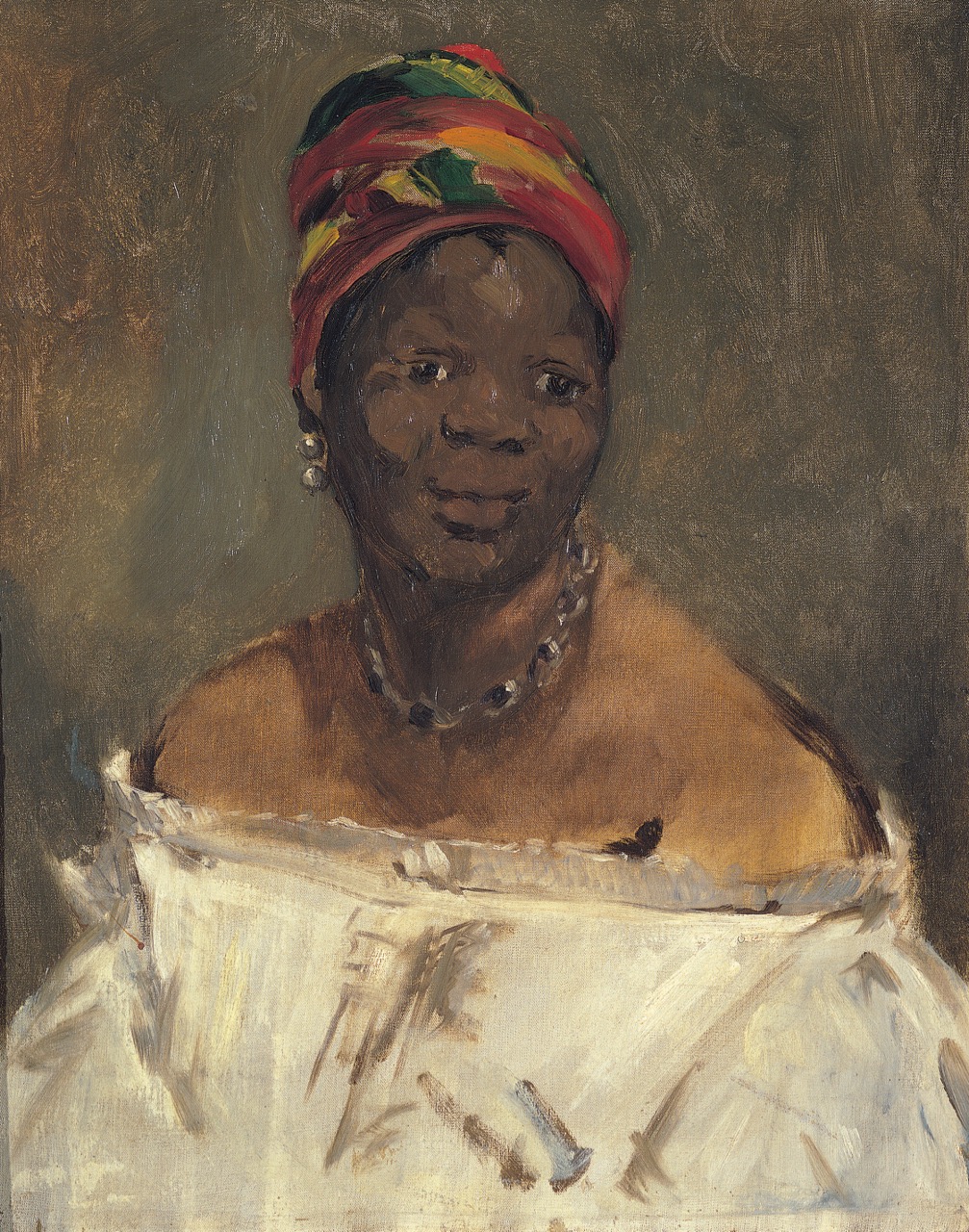 Posing Modernity is the brainchild of Dr. Denise Murrell, who received her PhD from Columbia in 2014 and returned as a Ford Foundation postdoctoral researcher at the university’s Wallach Art Gallery to curate the exhibition. It is divided into three parts. The first, and to my mind most exciting, focuses on Paris in the last third of the nineteenth century. While we have to make do with a couple of etchings of Olympia rather than the near-impossible-to-borrow painting, we can revel in one of the two other images Manet made of Laure: his 1862–63 portrait, which has most often (and quite lazily) been titled La négresse by museums despite the fact that Manet noted her name in his diaries. Laure is depicted wearing a colorful French Caribbean head wrap and a fashionable Second Empire gown, her face rendered with a flickering, sensitive brushstroke, making her soft eyes and gentle smile all the more touching. 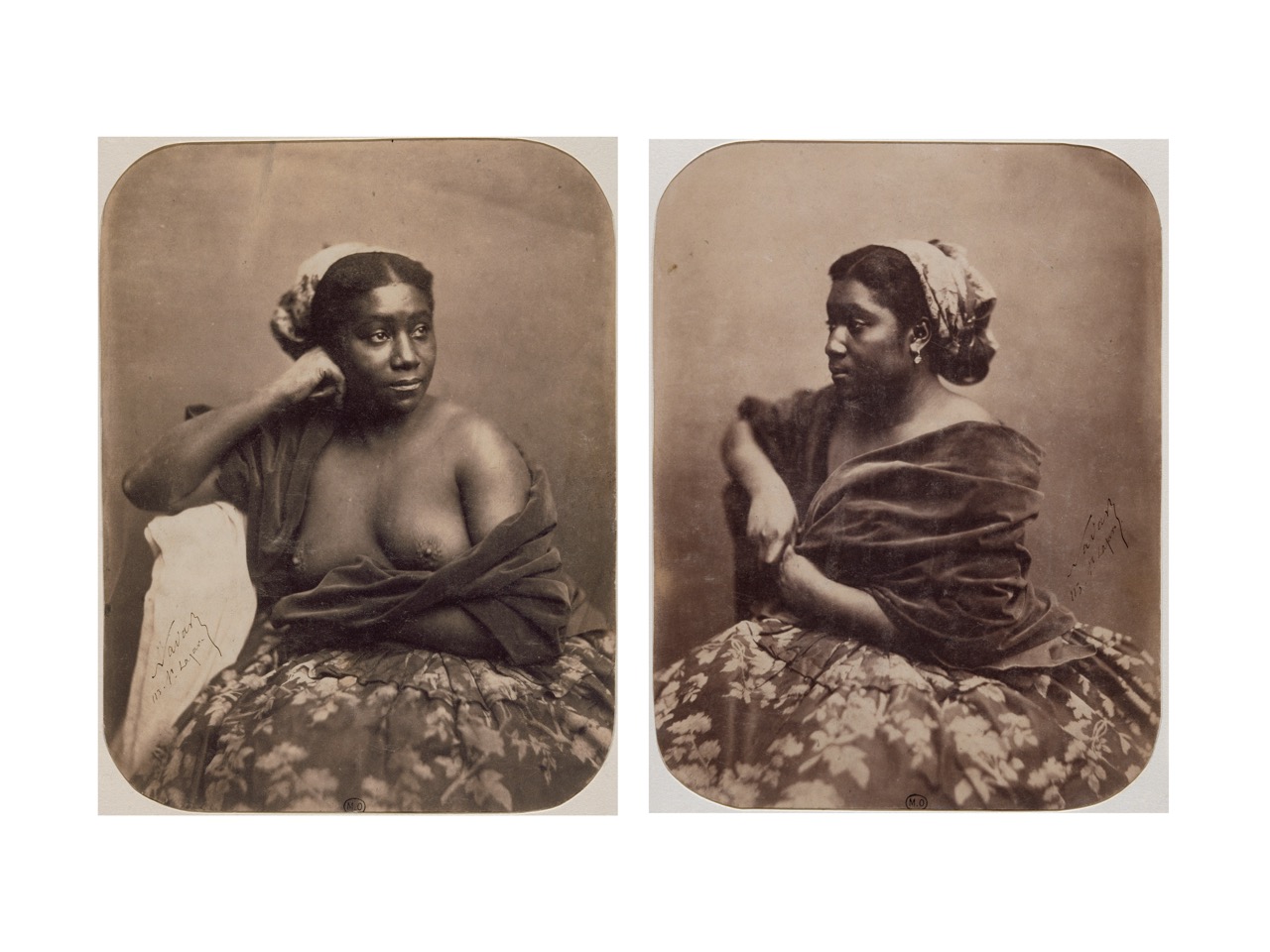 Nearby, Nadar’s photographs of Baudelaire and Manet are hung alongside those he took of other residents of the arty neighborhoods in Paris—friends, acquaintances, and strangers who were members of the African diaspora, hailing directly from Africa or, more often, from colonies such as Haiti and New Orleans. In the paintings, sculptures, drawings, mass-produced prints, and even one film clip on view in these first rooms, we see black people, primarily women, in their roles as nannies and courtesans, as entertainers and artists’ models, as Orientalist fantasies and personifications of the Negro “race,” as middle-class matrons, and even—in the case of Edmonia Lewis—as artist. The representational plenitude on offer—the opportunity of seeing dark-skinned Parisians shown many different ways, even if not entirely free from stereotype or bias—is bracing. 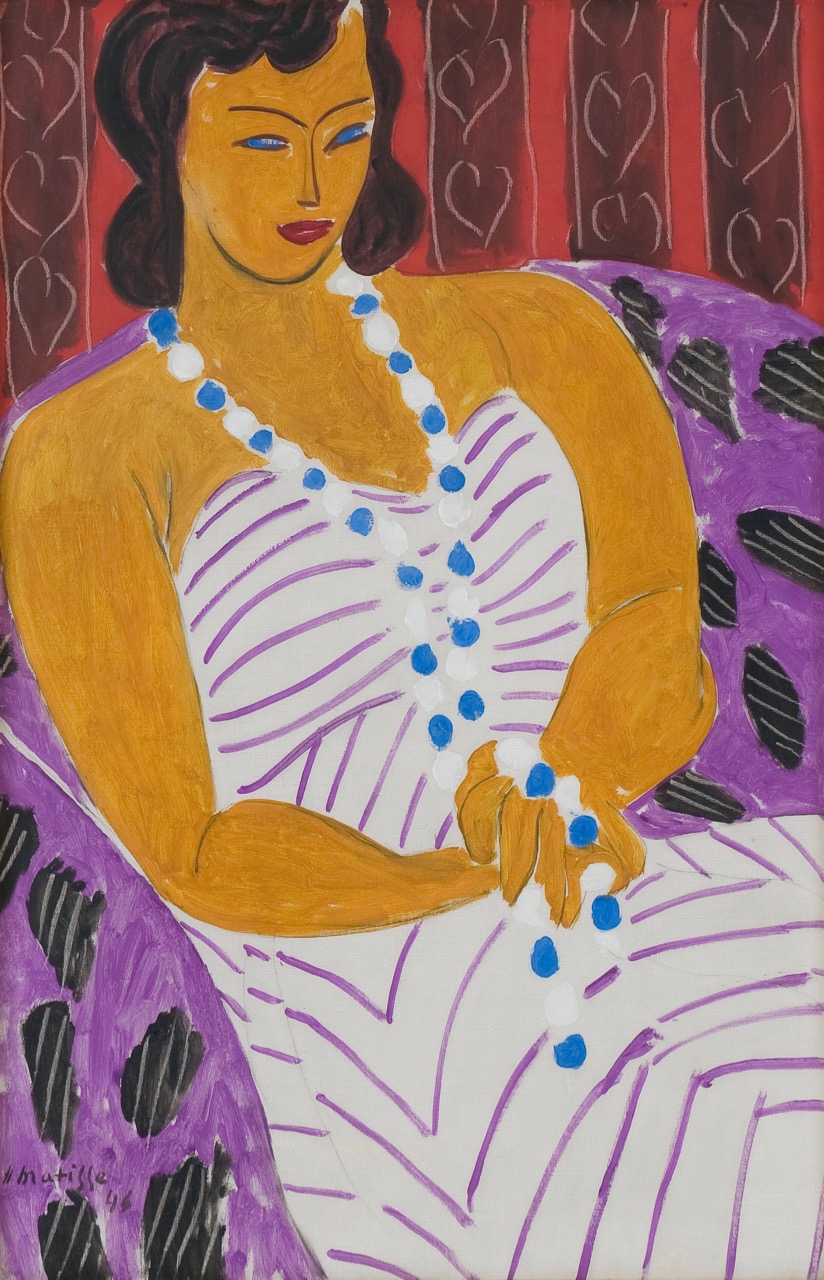 The second part of the show begins with Matisse’s propensity to treat his black models as creative participants in his artistic practice. One of these is Aïcha Goblet, whom he portrayed repeatedly with an Italian woman, Lorette. Works like Coffee (Le déjeuner oriental) from 1916 seem to draw on the tired cliché of contrasting white body and black in order to elevate one at the expense of the other. But Murrell argues—not without reason—that Matisse upends such readings, placing the two in a relationship of social equivalence. This section makes a leap from Paris to New York, taking curatorial advantage, perhaps, of Matisse’s fascination with American culture (and specifically black American culture, in the form of jazz) to examine work by photographers such as Carl Van Vechten and James Van Der Zee and painters such as William H. Johnson, Norman Lewis, and Laura Wheeler Waring. As if in direct response to the Harlem Renaissance philosopher Alain Locke, who called for a “New Negro” approach to portraiture to counter racist stereotypes, these artists were depicting everyone from Billie Holiday to anonymous black folk with a respect, sense of gravitas, and formal innovation not often seen before. 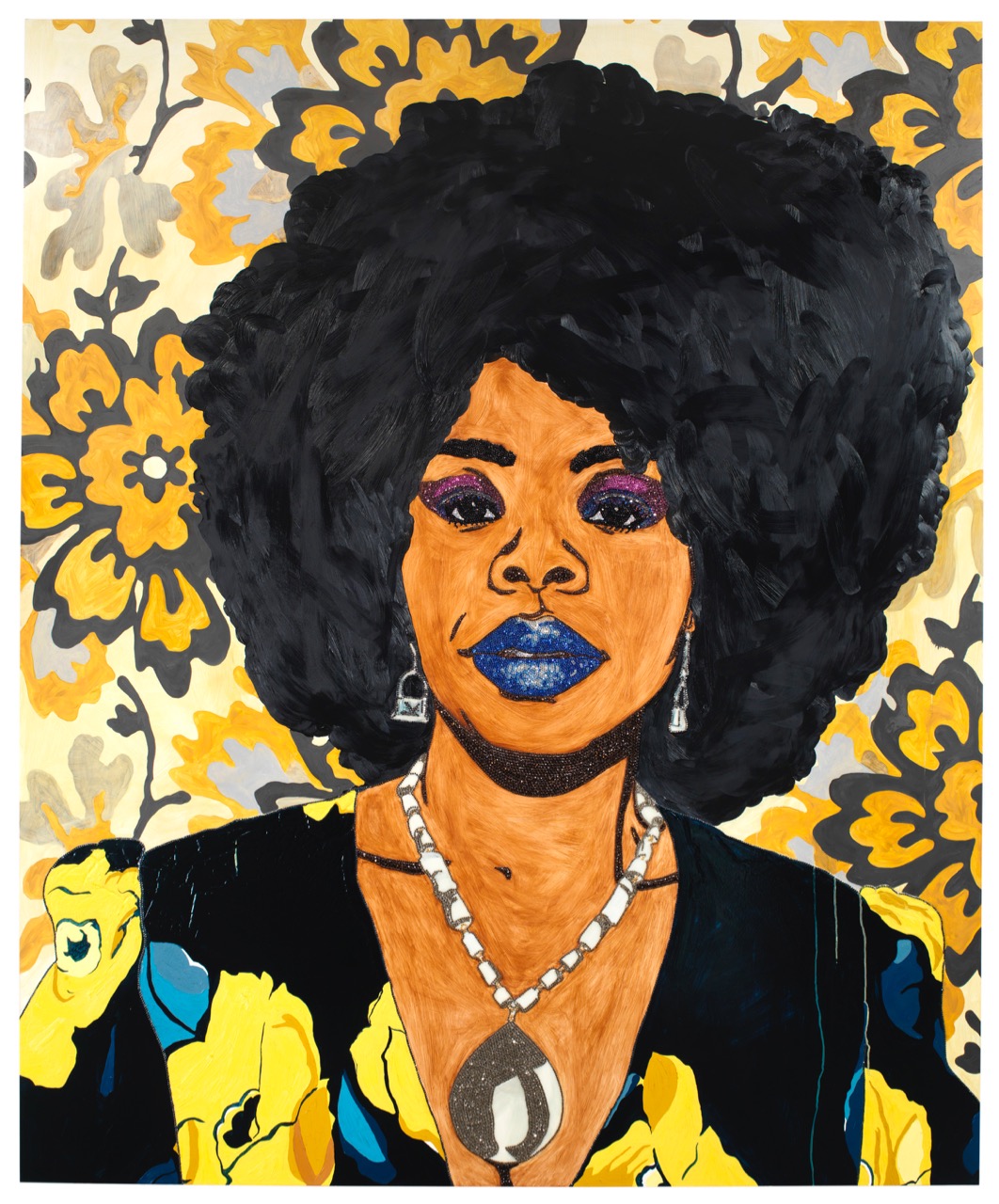 The third and final section of the show shifts to a “global contemporary” moment, where we are presented with work grappling with the question of what it means to constitute a black female subject—to see Olympia’s maid or Matisse’s reclining nudes from the point of view of the black gaze. These include very direct revisions of Olympia, including Congolese artist Aimé Mpane’s 2013 gridded mural composed of plywood chips, in which a naked Laure takes her place on the bed, while Olympia, now dressed, proffers the bouquet in a respectful, subservient gesture. Not far away is one of Mickalene Thomas’s rhinestone-studded, monumental portraits, Din, une très belle négresse #1 (Din, a very beautiful black woman #1, 2012). Its title, notes Murrell in the fulsome exhibition catalog, is taken directly from Manet’s notebook description of Laure; in Thomas’s reimagining, Murrell writes, “the obscured individuality of Laure is reconstituted in glittering portrayals of confident and empowered black women.” 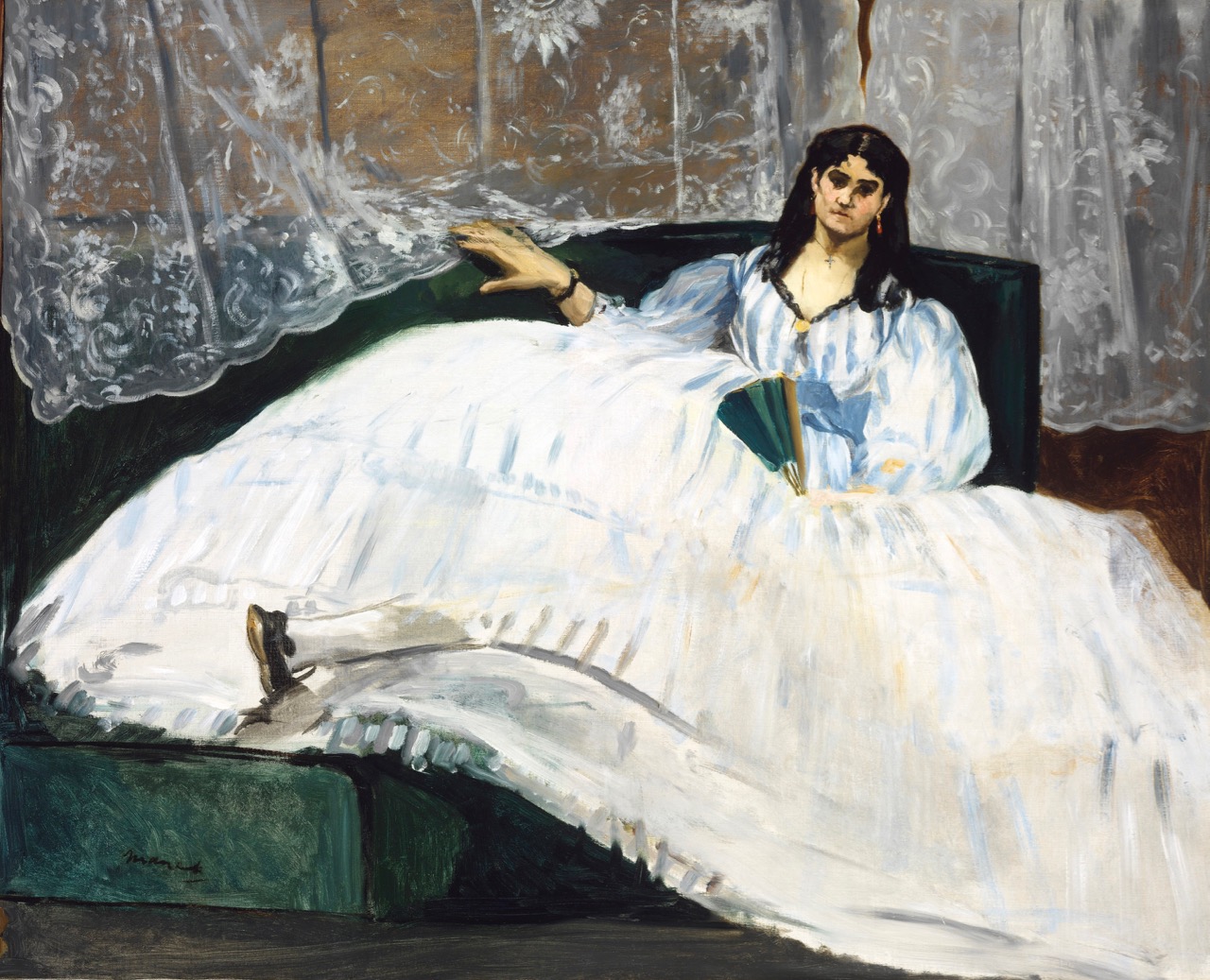 Each of these sections could have been—and perhaps should have been—a separate exhibition, given the sometimes arbitrary connections between them; the show as a whole comes off as a dissertation in visual form, which of course is exactly what it is. No matter. Posing Modernity achieves something quite extraordinary: it renders the presence of black-skinned people in Paris not just visible but unmissable. This is no small feat, I am sorry to say. I read O’Grady’s essay in the early 1990s, when I was a grad student studying French impressionism and post-impressionism. I spent years lecturing on Manet’s portrait of Haitian-born Jeanne Duval, lifelong mistress of Charles Baudelaire and inspiration for his Fleurs du mal; on Degas’s formally daring, vertiginous images of Mademoiselle La La, star of the popular spectacle the Cirque Fernando; on Nadar’s photographic portraits of Alexandre Dumas père and fils, whose creole backgrounds were widely known; and of course on Olympia—all touchstones in this show. So how can I explain, other than the peculiar blindness brought on by ideology and a lack of imagination, the fact that it didn’t occur to me until I saw this exhibition that if all these individuals were living in Paris at the same time, perhaps the so-called “capital of the nineteenth century” (as the philosopher Walter Benjamin would later have it) was less white than I had believed? 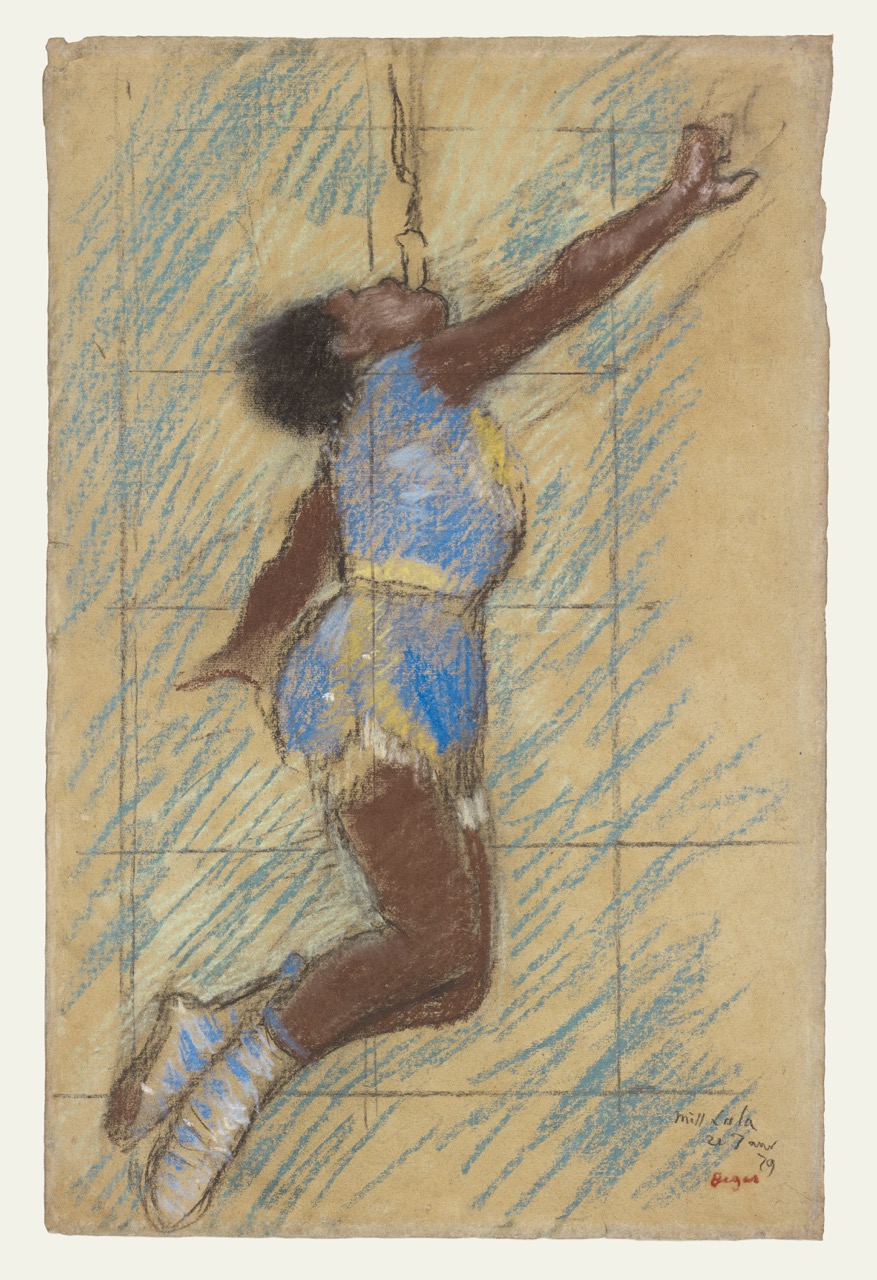 Of course it makes perfect sense. Paris in the 1800s was, in fact, a fully cosmopolitan city, one transformed (as much as the colonies were) by imperialist expansion, and one just as racially complex as Europe has in fact been, as research is increasingly proving, for millennia. Posing Modernity makes clear that the black men and women pictured in the era of nineteenth-century French modernism were not at all the “peripheral Negroes” that art history has often made them out to be—but rather occupied the very heart of the creative blossoming that marked the era.