A collection of her stories takes stock of Susan Sontag as a fiction writer. 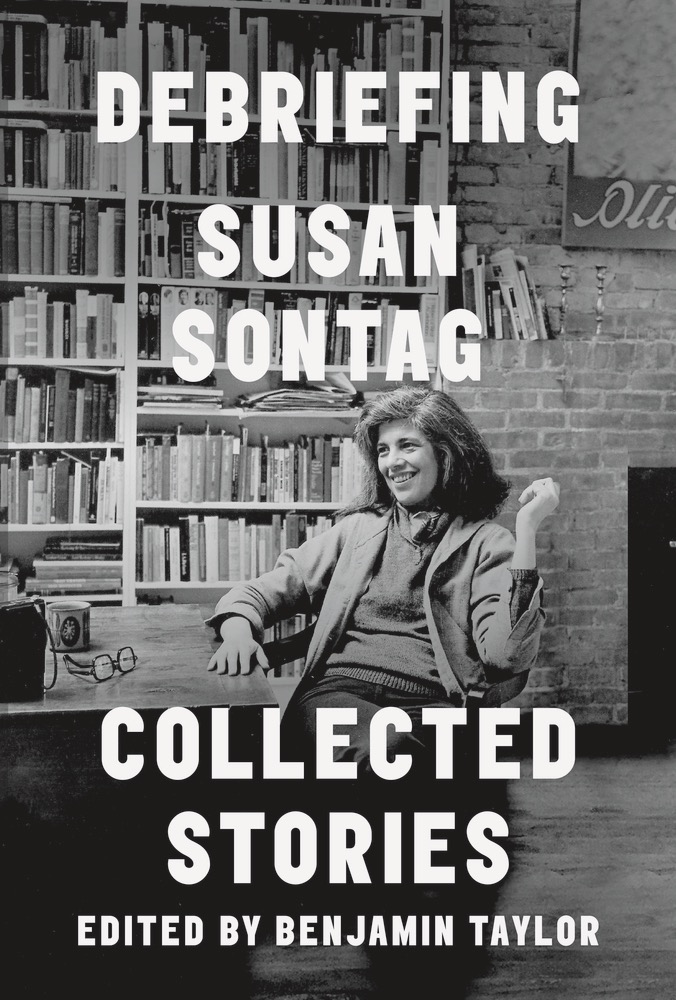 In 1982, a couple of years after the death of her friend Roland Barthes, Susan Sontag compiled, and wrote an introduction for, a selection of his writings. Toward the end of his life, she said, Barthes had quit theory for something closer to literature, and even announced his intention to write a novel. “There were exalted avowals of vulnerability, of being forlorn,” she wrote. Sontag’s description sounds subtly cut with something akin to mockery, as if in his late style and his (unslaked) urge to fiction, Barthes had mistaken high-flown sentiment for true literary intent. Her comment forces the question: can we think of a writer in the late twentieth century who was both a great critic and superior writer of fiction? And the answer comes back: Susan Sontag. Or rather: Susan Sontag? Because in spite of four novels—her first, The Benefactor (1963), was published three years before her inaugural essay collection, Against Interpretation—and several plays and stories, Sontag has never quite convinced as a “real” writer. As Debriefing—a new collection of her stories—attests, the neglect is both understandable and unfair.

It is often said, accusingly, that her novels and short stories are essentially essayistic, that Sontag could not rid herself of the cool, erudite, affronting voice she had contrived for her criticism. Perhaps it is true: in Debriefing you will find first-person narrators whose sententious, importuning tone sharpens aphorisms that wouldn’t sound out of place in Sontag’s greatest essays—or in her diaries, where she rehearsed the style. Sometimes these statements are perfectly turned, like something out of Pascal or E.M. Cioran: “We could be glad of the world, if we were flying to it for refuge.” Others are simply banal: “Why not want to be good? But to be good one must be simpler.” Did Sontag, of all writers, not hear how out of tune with her literary times was that authoritative, distanced “one”? Or realize the obsolescence of an omniscient narrator? Of course she did, but deployed them anyway. If all literary forms are available all of the time, as the postmodernists claimed during the height of Sontag’s career in fiction, then why not want to be George Eliot?

She longed to be others too, and more up to date, such as the experimentalists of the nouveau roman. With its mixed mode of travel writing, memoir, and fiction proper, “Project for a Trip to China” (published in The Atlantic in 1973, and included in Debriefing) recalls the work of Michel Butor. Like the French writer, Sontag is much exercised by lists: their vertical presence on the page, their ambition to imply a whole nation with a svelte inventory: “Chinese food / Chinese torture / Chinese politeness.” But the story is more than a formal exercise in cultural fantasy and reportage. In its combination of theoretical subplot—it’s partly a very Barthesian text about categories—and autobiographical intimation, Sontag found a looseness of style that served her well in a few of her stories. This is true even when the conceit of the piece appears tight, or even uptight: as in “The Letter Scene,” which is based on a portion of Tchaikovsky’s Eugene Onegin and is all about letter writing—historical, imaginary, and the author’s own.

This freedom didn’t come without constraints, not least Sontag’s critical acumen itself and the professional envy that she nursed alongside. On the evidence of a handful of stories here, she was especially taken with, and stymied by, the brilliance of Donald Barthelme. A clumsy allegory like “American Spirits,” with its deliberately cartoonish and psychosexually put-upon protagonist Miss Flatface, is also clearly meant to ape the more surrealist side of Barthelme. “ ‘Pay attention,’ he barked, withdrawing from Miss Flatface, turning on his side and lightly dusting her torso with sugar.” The difference is: Barthelme did this kind of thing with a confectionary lightness, while Sontag cannot help signaling wildly that she is being surreal. The debt to Barthelme is most obvious in “Unguided Tour,” which begins: “I took a trip to see the beautiful things. Change of scenery. Change of heart.” When Sontag had finished “Unguided Tour,” she recorded in her diary that she had “written a better story than Barthelme.”

She had done no such thing, but in its brittle dialogue and skewed, fragmentary study of the clichés felt and spoken by Americans while traveling in Europe—or by any traveler with obscuring ideas—“Unguided Tour” is among the strangest and best of Sontag’s fictions. In the 1970s she aspired also to emulate the dry, anxious rhythms of Joan Didion and Renata Adler, to equal the sonic and metaphoric energy of William H. Gass or Elizabeth Hardwick. (“No ideas, but what music,” she semi-snarked in her diary about the last two.) In the title story here, you can see all of that effort refined into brilliant, oblique sentences, which describe New York, its vexations and its Central Park longueurs. “But for wondering there seemed all the time in the world—hours, whole days. Wondering?” The dash is very Hardwick, the lone “wondering” even more so.

Do these stories stand on their own, free of the essays to which they are closely affianced, independent of the influences Sontag felt, if her journals are to be credited, with real pain? The answer may depend on what we mean by “story.” There are only eleven pieces in Debriefing—eight were gathered already in I, Etcetera (1978)—and a good third of them are simply tone deaf, straining, or dull. “The Dummy” is an overlong conceit, attempting to update nineteenth-century tales of uncanny doubles (Dostoevsky, James Hogg) for the life of a commuter-belt office drone. “Doctor Jekyll” risks a metafictional slant on R.L. Stevenson that never connects, is simply not monstrous enough in tale or telling. It is when Sontag scants all short-story or novelistic convention and passes off memoir, travel diary, Perec-style inventory, or heightened reportage as short fiction that she actually excels. “Unguided Tour,” “Project for a Trip to China,” “Debriefing”—these are, as Sontag knew and did not know, quite as compelling as her most notable critical writings. Proximity to the essay form turns out not to be a failing in fiction, but one of its possible, experimental, tendencies.

Brian Dillon’s most recent book is Essayism (Fitzcarraldo Editions, 2017). He is UK editor of Cabinet magazine, and teaches writing at the Royal College of Art, London. In Pieces: writing on art, etc. will be published by Sternberg Press in 2018. He is working on a book about sentences.