On the band’s latest album, an indelible expression of indie rock’s
ethos of openness. 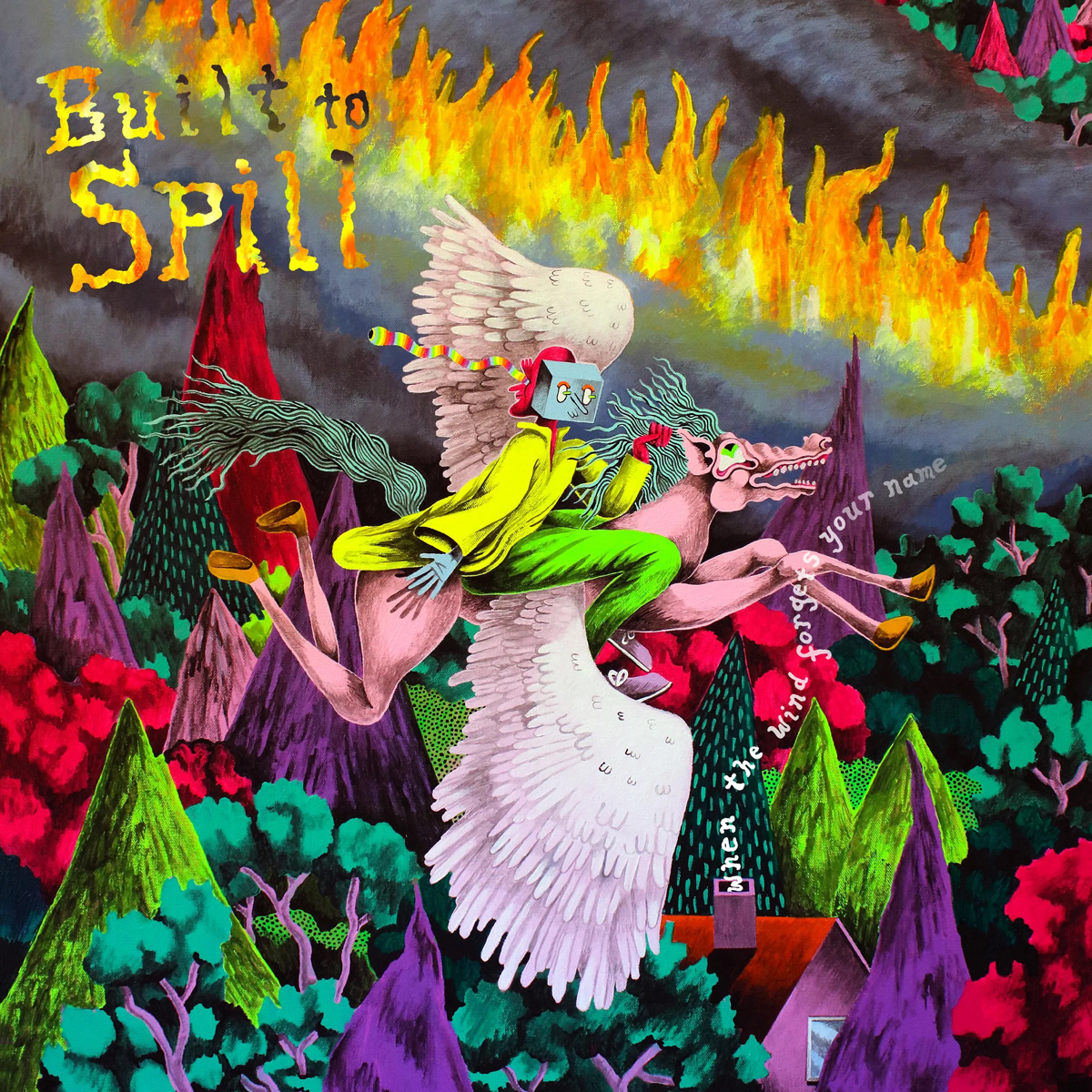 When the Wind Forgets Your Name, by Built to Spill, Sub Pop

Formed thirty years ago in Boise, Built to Spill is now releasing their eighth studio album, When the Wind Forgets Your Name, with their seventh lineup, on their fourth label, Sub Pop. The band’s founder, guitarist, and singer, Doug Martsch, changes who he plays with on almost every album but he’s putting out the same pliant and warm guitar rock he started with, a style equidistant from Neil Young’s Tonight’s the Night (1975) and Sonic Youth’s Sister (1987). Martsch’s narrator is affable and anonymous, an overwhelmed person in thrall to the wonders of daily life, possibly sad about having to wake up before noon. On “Rocksteady,” a celebration of the Saturday state of mind, Martsch sings, “I don’t wanna be constantly taking these / long hard looks at myself / this psychology’s been inside of me / I don’t know how to be anybody else.”

“I don’t know” is the rosary of indie rock, the unembarrassed Clintonian glow of choosing less in the face of abundance and staying vague because precarity is not asking for clarification. “I don’t know” can feel sumptuous, but it can also feel like curiosity foregone, or urgency abandoned. Most people do, in fact, now know. Vagueness may be the aspect of indie rock that distinguished it, cursed it, and left it open for change. Seven of the nine songs on WTWFYN contain phrases like “never know” or “don’t know,” the most indie thing about this very indie band. 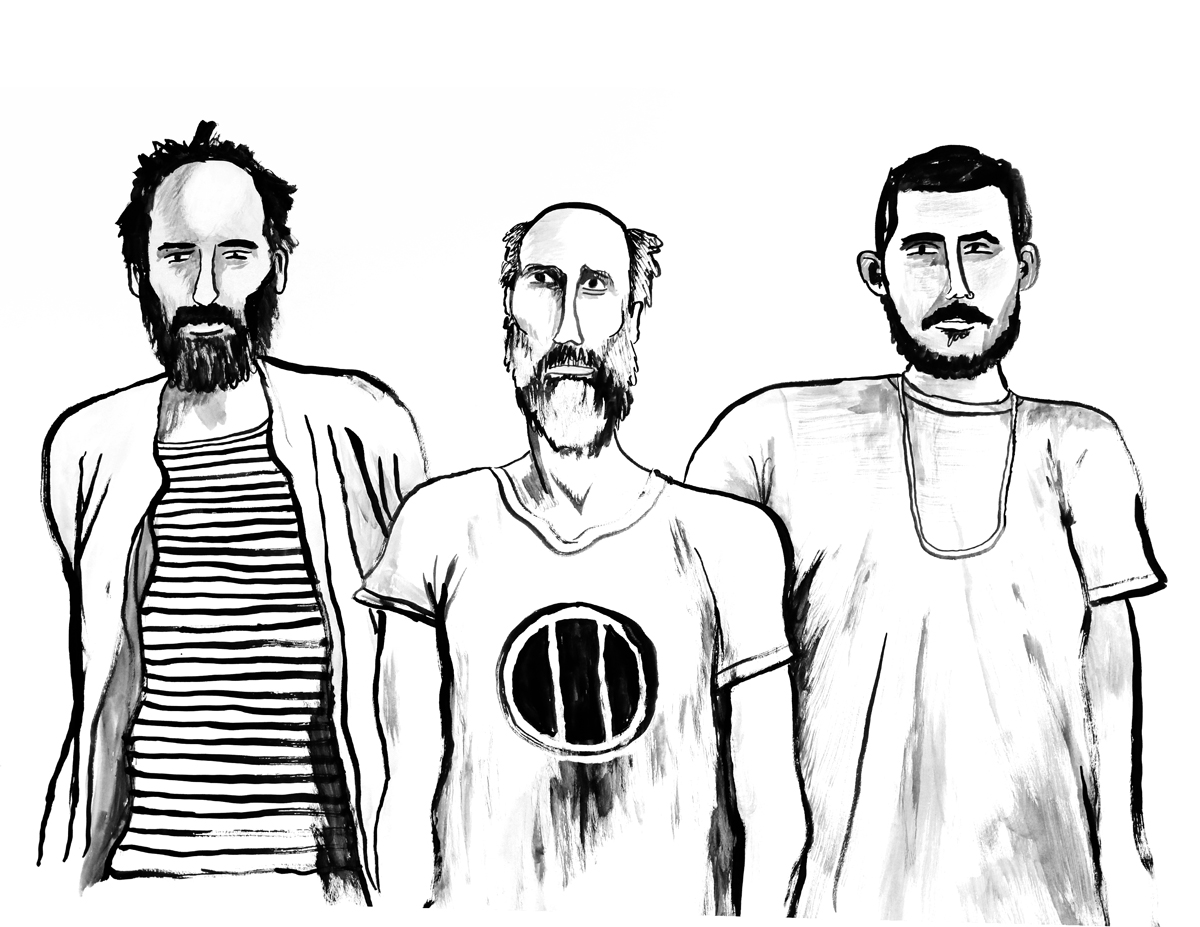 Indie rock descended from independent punk bands of the late seventies and early eighties like Bad Brains, Minor Threat, and Black Flag. These bands were comically good, incandescent with physical oomph, making us forget our small peeves with their big mads. In two cases, these punk bands also started indie labels, as direct a genetic link as you can find: two members of Minor Threat started Dischord, and one member of Black Flag started SST. They set the signal, and one of the key filters the music went through was Dinosaur Jr. in the mid-eighties, a woozy rewiring of Neil Young’s feedback and folk horror. By the early nineties, soul fire had been replaced by a recumbent elegance, and the American economy bloomed. The jumping had ended. Built to Spill and Pavement came of age by making records that didn’t rile people up. They redefined dad’s loose fit for the kids and shared a preference for fragments and images over stories.

These bands have stayed in business, on and off, since they started; Pavement is touring this year, as are Bright Eyes, Dinosaur Jr., and Built to Spill. (A friend of mine in her thirties who loves Dinosaur Jr. is most fond of Beyond, an album that came out in 2007.) Martsch and Stephen Malkmus have not been replaced by their like—the young and old bands are living all over each other, conterminously, but the biggest acts in indie rock are no longer straight white men. (Same goes for chart pop; you can fight amongst yourselves about how straight Harry Styles is.) Phoebe Bridgers and Lucy Dacus and Sadie Dupuis and Rhian Teasdale of Wet Leg and Michelle Zauner of Japanese Breakfast and Adrianne Lenker of Big Thief are the biggest names in whatever this is, none of them men, none particularly vague as lyricists. A genre that found its sound quickly has finally found its storytellers. The weekend Dada of nineties indie lyrics does not come to mind when I hear Bridgers singing about living around skinheads in “Garden Song” or Dacus singing about her metalhead crush at Bible camp in “VBS.” The music lineage, though, is real. 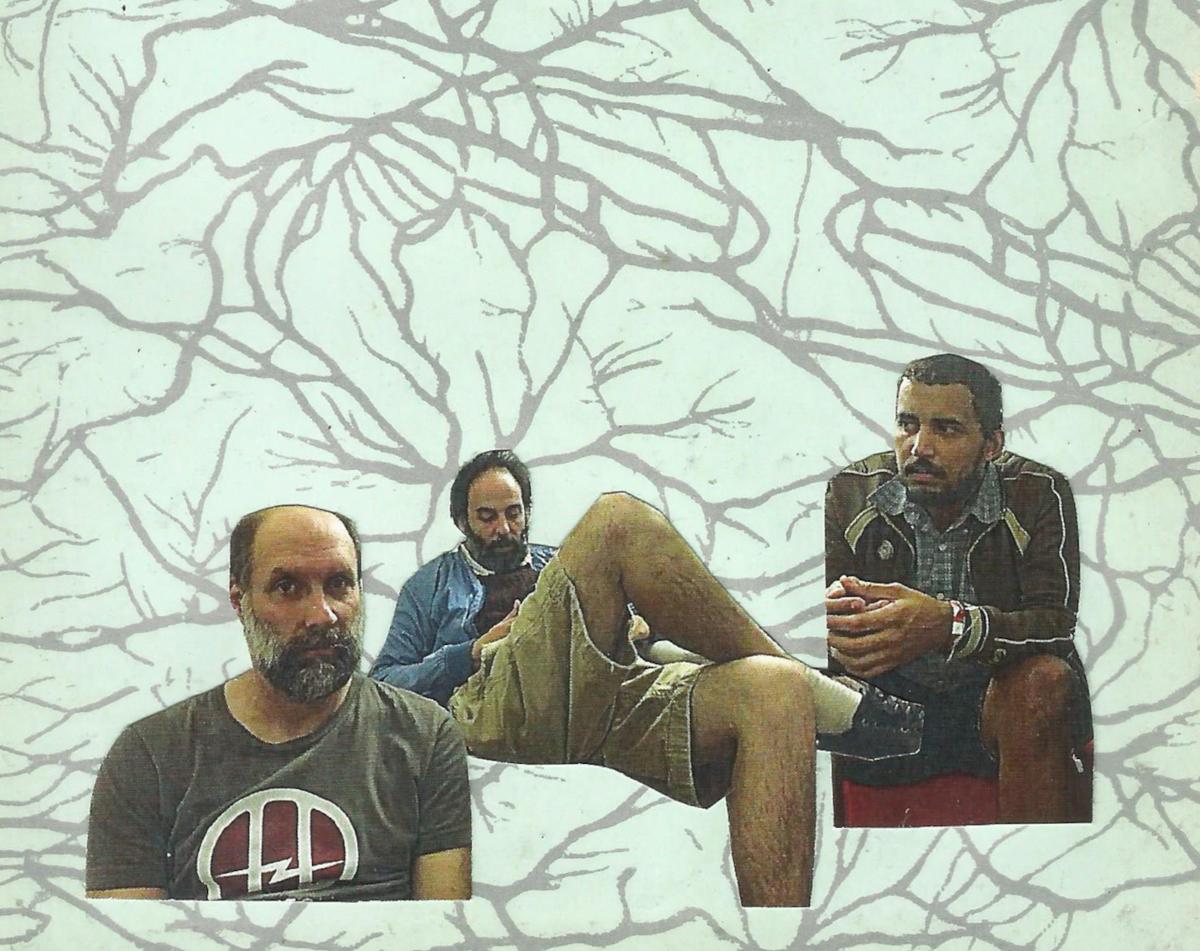 And Martsch has stuck with that sound. WTWFYN was recorded with drummer Lê Almeida and bassist João Casaes of the Brazilian rock band Oruã (seventh lineup). On tour, those two will not appear, and instead Martsch will be joined by Prism Bitch’s Teresa Esguerra on drums and Blood Lemon’s Melanie Radford on bass (eighth). These changes in personnel have not changed the music. Martsch, as a narrator and companion, is still a direct descendant of Dinosaur Jr.’s J Mascis, something he would not likely be upset to hear. When I asked him what he was listening to these days, Martsch said, among newer bands like Slam Dunk, “the things I always loved,” which, he clarified, includes “Butthole Surfers and Sonic Youth and Pixies and Dinosaur Jr. and Meat Puppets, you know, those SST bands.”

“Generally my songs are just some riffs slung together as an excuse for a guitar solo,” Mascis told the Guardian in 2011. Martsch has his own loving way of hacking a song out of, and back into, indelible motifs that eventually melt into each other. At first, this new album didn’t feel like it had the prismatic beauty of Perfect From Now On (1997). It felt a bit more rosy and soft, almost as if Martsch and his friends from Rio were doing covers of an unreleased Built to Spill album. But over time, I’ve ended up favoring WTWFYN over all the others. Martsch has completely refined his writing, now at some kind of essential boil. Martsch doesn’t solo as well as Mascis, so it’s not a shock that he makes catchier and more beautiful quilts.

The album sounds a bit like a referendum on indie rock and “Fool’s Gold” sounds like the summary. “Well now it’s been an hour since I woke up / with this song running through my head / and the feeling that it gave me has started to slip away,” is the tone Martsch strikes. “I wanna tell you I got nothing to say,” which could be the punchline to a breakup but then the chorus makes it sound like something else happened: “Fool’s gold made me rich for a little while.” What else would have made him rich?

“Elements” is slower, in waltz time, and Martsch delivers the words in a soft, high head voice, as if he’s trying to tell you something without everyone hearing it. As he waltzes his way through a few images, he ends on a thought: “Up in the stars / up in the sky / another world abounds / and I don’t know / just what it means / but I like the way it sounds.” It’s something that encompasses the bigness and smallness of his band, of indie, of an entire generation’s response to having more room to live.