Literature
No One Is Talking About This

A debut novel from Patricia Lockwood, author of the memoir Priestdaddy. 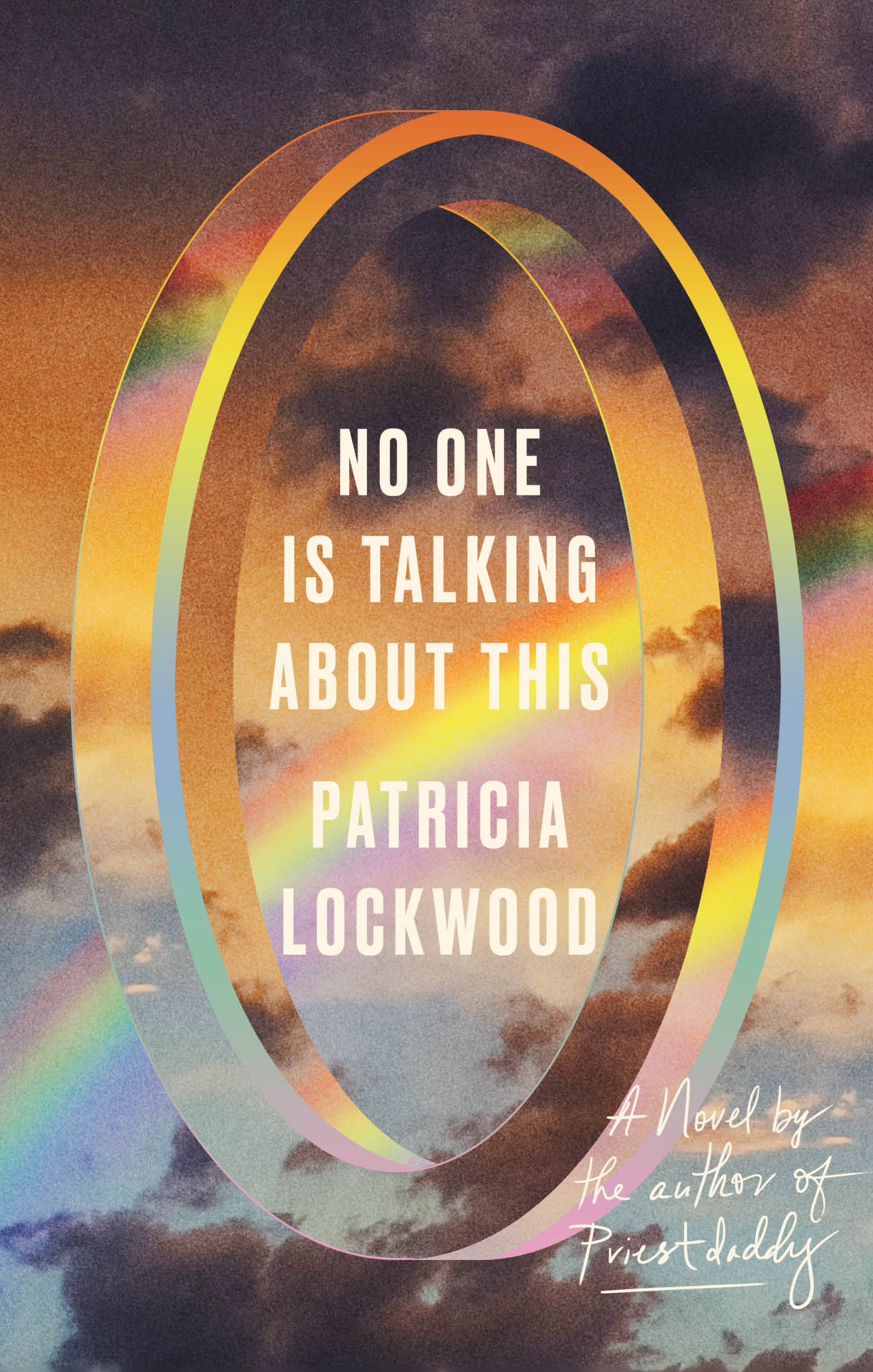 No One Is Talking About This, by Patricia Lockwood, Riverhead Books, 205 pages, $25

Patricia Lockwood—and I cannot stress this enough—is neither a dog nor a twin, but if she were, she could make you feel their struggle. If the internet is fast, Lockwood is faster. If the internet is chaotic, Lockwood is chaoser. And as chummy and rapturous as her writing is, she doesn’t work for likes. Her aim is, in some ways, traditional: to give voice to that which escapes sublimation, to understand the wounds incurred by simply being alive.

The electric hurt of Lockwood’s new novel, No One Is Talking About This, is present in all of her work, which includes two books of poetry, one memoir, and more than a dozen book reviews. The demented one-liners in No One are worthy of inspirational bathroom posters, and the home truths are sharp enough that reading them even once stings. In a book that isn’t largely about animals or sex—topics of great import for Lockwood—there are still cats named Dr. Butthole and dildos with veins. When experience presents a dull beige mass, Lockwood pushes her brain into it and tosses out the profile of a hornet with abs.

No One is a very funny book about a baby who dies. That’s not funny, but then neither is rape. Lockwood told her own future in her 2013 poem, “Rape Joke.” “The rape joke is if you write a poem called Rape Joke, you’re asking for it to become the only thing people remember about you.” The title of the poem is a rude metonym that keeps blinking and atomizing the story of Lockwood being raped by a family friend when she was nineteen. “The rape joke is that of course there was blood, which in human beings is so close to the surface.” The field marked at either end by “trauma” and “comedy” becomes wide enough for the event to cast a shadow that is easier to see than the act itself. These jokes are not defenses, but lights that help explain everything Lockwood tags.

Immediate, tactile, horny, and zoologically inclined—that’s Lockwood. One poem title in her 2014 collection, Motherland Fatherland Homelandsexuals, says a lot: “Search ‘Lizard Vagina’ and You Shall Find.” This is where Lockwood lingers, in the online space that is still tethered to the animal. Her quarry is usually big and hairy but rarely fast enough to escape her love. When she reviews a clutch of Updike’s early novels for the London Review of Books, she describes herself as “an assassin.” While she dissects Updike’s blockheaded depictions of sex, she also makes sure to note his “reliably beautiful descriptions, always his strength far above dialogue.” It’s a tender kill, as is her LRB piece on Nabokov, “a Sherlock Holmes who pops clues into his mouth for the sheer oral sensation.”

The titular character of her 2017 memoir, Priestdaddy, is her father, a constant but mobile target for Lockwood. And as infuriating and vaguely demented as he is, his bond with the author is deep. In the middle of the book, her husband asks, “Did I ever tell you that before we got married, your dad took me aside and told me you were insane, and that I would have to take care of you for the rest of your life?” It seems right that these two men would clear a path for Lockwood, as she does for the maddening people around her. Her vision allows for the fullness of others and their demonic needs, no better or worse than her own.

Her husband would sometimes come up behind her while she was repeating the words no, no, no or help, help, help under her breath, and lay a hand on the back of her neck like a Victorian nursemaid. ‘Are you locked in?’ he would ask, and she would nod, and then do the thing that always broke her out somehow, which was to google beautiful brown pictures of roast chickens—maybe because that’s what women used to do with their days.

Whether or not Lockwood has been fused with the internet, she has mastered the act of experience and immediate reflection, a two-step she executes as swiftly as refreshing her browser. But maybe she lingers over the sadness of the “woman with a deformed bee for a pet” precisely because of what comes next: “look, here she is! her sister texted, and attached a picture of her twenty-week ultrasound, where a thumbprint could be seen pressing itself orange against the dark. look how big her head is lol.”

At twenty-six weeks, it becomes clear this unborn baby is not suited for our world: “‘Everything that could have gone wrong with a baby’s brain went wrong here,’ the doctors told them, and so she began to live in that brain, thinking herself along its routes, thinking what it meant that the baby would never know the news.” If Lockwood can embody any number of animals on Tinder, she can instantiate the child who cannot reach us, or herself. Lockwood sees more life than death in the fetus, growing in all the wrong ways but still “a pinwheel of vigor, every minute announcing her readiness, every minute saying, hey, put me in.”

The baby is born, and a double movement of celebration and acceptance begins. How long will she be with them and what does she know how to do? “ ‘If she stops breathing, it’s just because she’s forgotten that it’s something she’s supposed to do,’ the pregnant nurse told them, on their very last day in the NICU.” The baby is taken to Disney World, “because this, in America, was something that you did.”

Lockwood is distracted by the portal, but her sister cannot afford this luxury. “She was tied to the baby, who nevertheless had turned out to be the leafiest shade on earth, towering high above her and almost to the heavens, stirring with little birds.”

The baby lives six months and one day, and no more. “Two nurses gave her a sponge bath, crooning to her as if she were still alive. ‘You’re so good,’ the nurses said. ‘You’re being so good, sweetheart. Now just turn over and we’ll get your back.’ ”