Welcome to the Sentient Atoll: the artist brings his cyber-biological worlds to MoMA PS1. 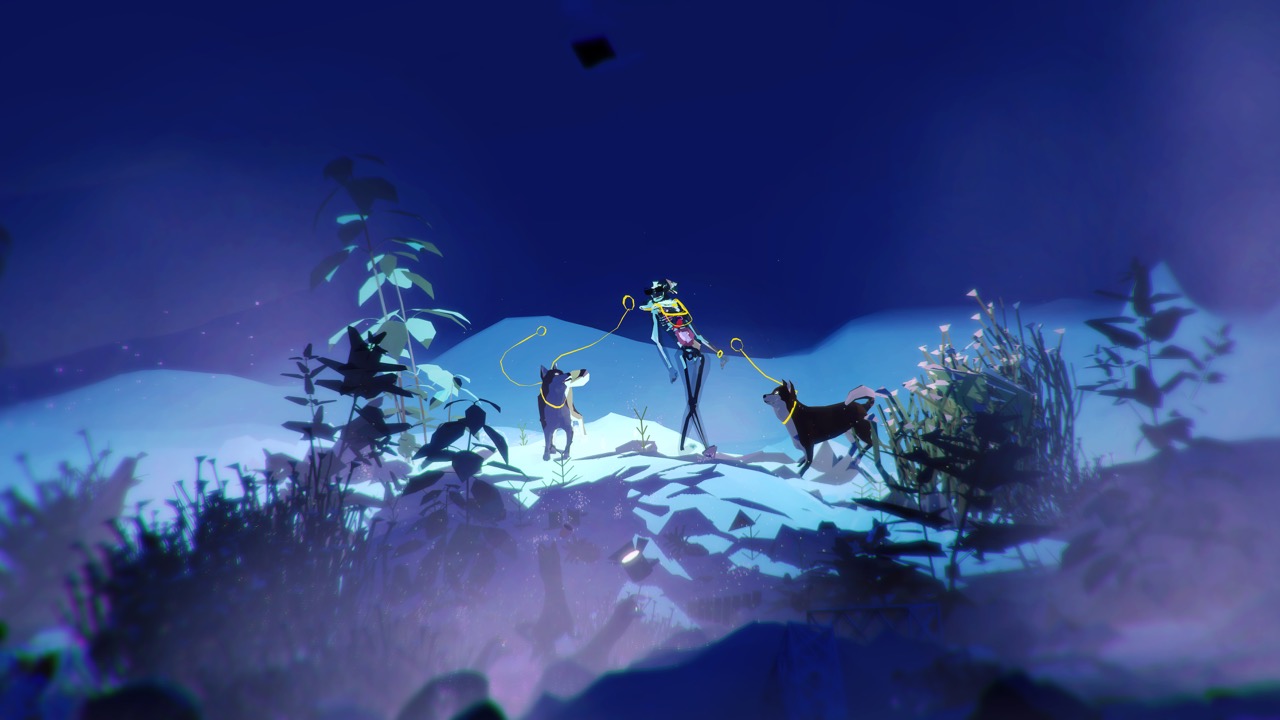 Ian Cheng’s Emissaries, currently on view at MoMA PS1, is an ambitious trilogy of what he terms “live simulations”: essentially self-playing, non-interactive video games designed to envision a series of science-fictional scenarios. Together, the three chapters imagine the development of human, and then post-human, consciousness, inspired by the writings of controversial psychologist Julian Jaynes’s 1976 opus The Origin of Consciousness in the Breakdown of the Bicameral Mind. Jaynes speculated that the minds of our ancient forebears were bifurcated, one half producing auditory hallucinations interpreted by the other half as divine voices; through a conceptual leap made possible when language became complex enough to create metaphor, humans restructured our divided minds into vessels of unitary individual consciousness—a world-historical life-hack that Jaynes argued occurred only three millennia ago, before eventually spreading species-wide. This theory also informed HBO’s recent Westworld reboot and, like that television series, Emissaries projects Jaynes’s concept into futurity, when artificial intelligence has achieved its own self-awakening. 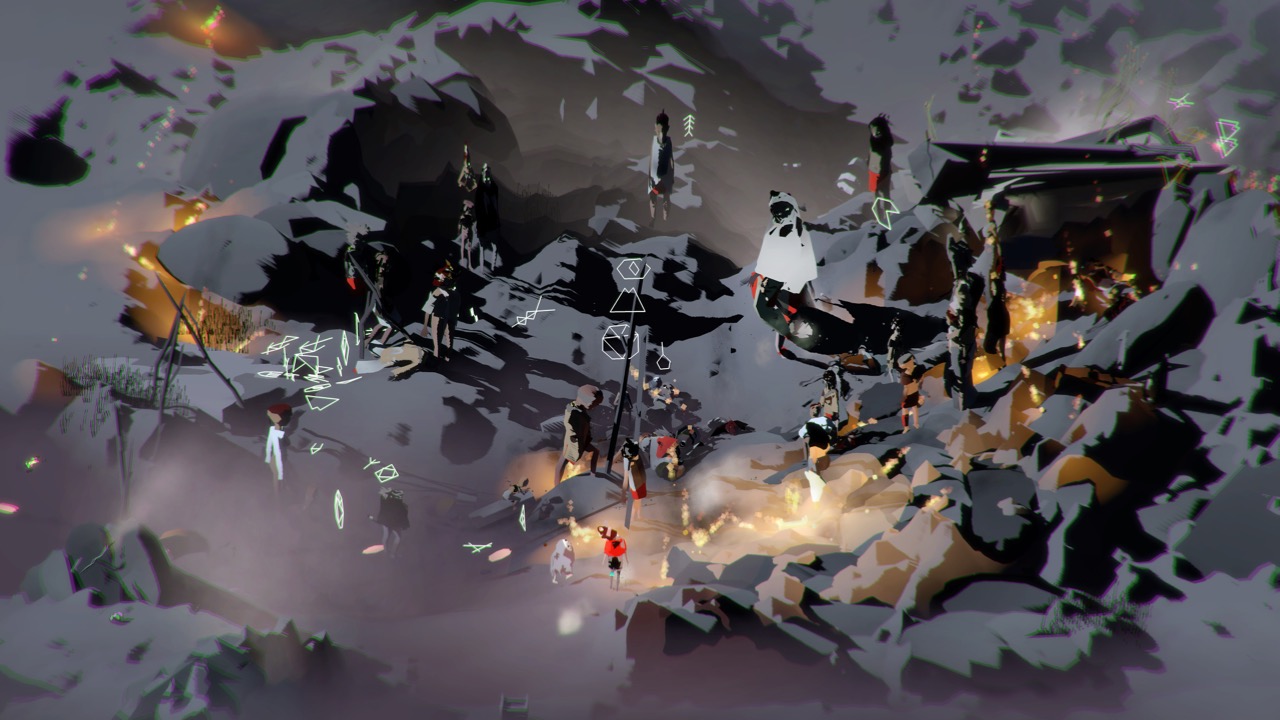 At PS1, visitors move through a corridor containing preparatory wall text and diagrams before entering the galleries proper; as one reads the synopses of each episode’s storyline, a soothingly repetitive hubbub of clicks, chitters, and bleeps can be heard from further within. Set in a distant, mythic past, Emissary in the Squat of Gods (2015) concerns a tribe of ancient humans surviving on the edge of an active volcano; Emissary Forks at Perfection (2015–16) takes place untold millennia from now, when the volcano has become a crater lake, and a sentient AI resurrects a single human in order carry out “a comprehensive postmortem of Human Life.” The final segment, Emissary Sunsets the Self (2017), is set even further into the future, when the AI has evolved into “an oceanic substance merged with the landscape to form a Sentient Atoll.” Across from the synopses is an architectural diagram of the three adjoining chambers containing Cheng’s large-scale video projections. Pictured as if seen from above, the rooms of the exhibition here resemble a three-tiered ziggurat. 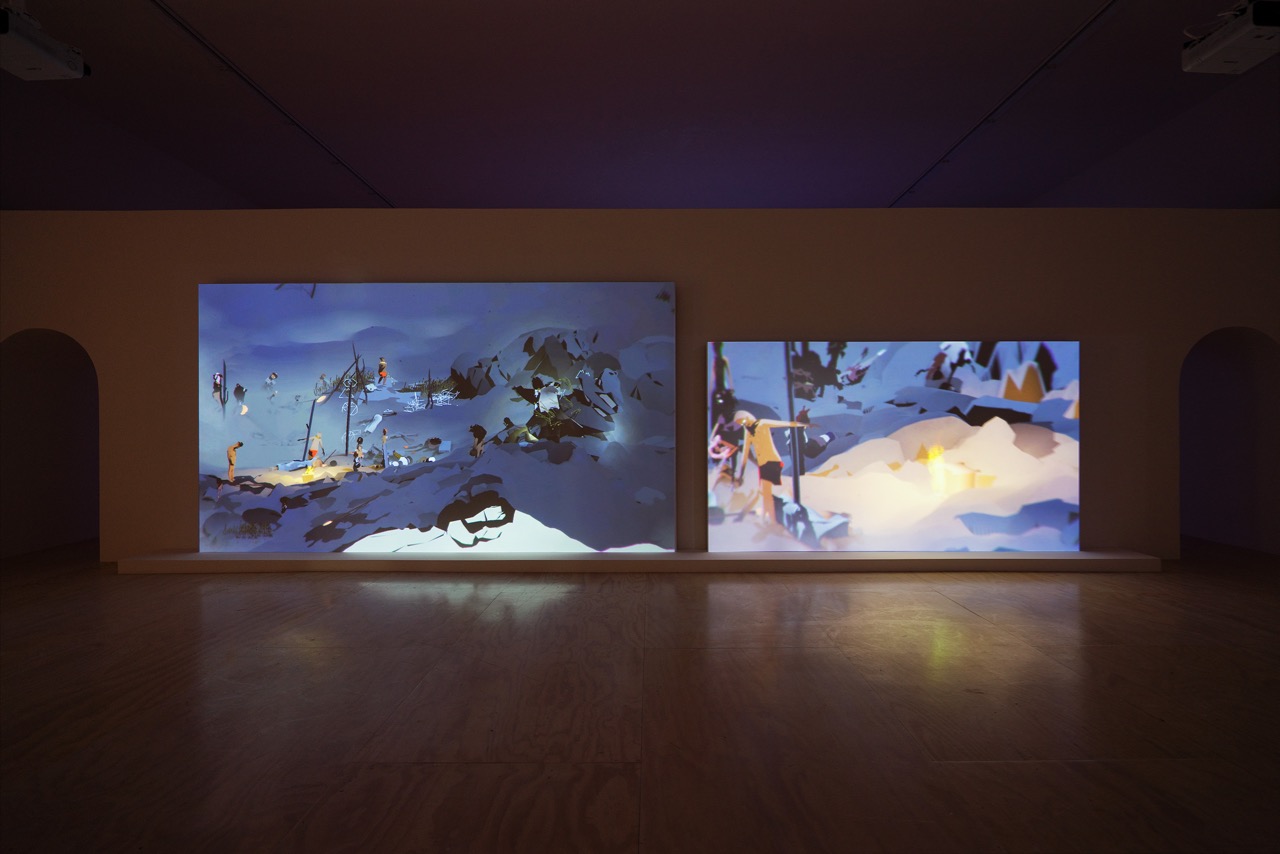 Each of Emissaries’ episodes appears in its own room, projected onto a ten-foot-high screen. Even if an impatient museumgoer forgoes the wall text, the works’ gamic origins can still be guessed from the basic visual elements at play: smoky hillsides and half-submerged islands on which a series of continuously spawning humanoid and animaloid characters mill about, crash into one another, handle odd objects, and self-replicate. Views of each environment are determined by the zooming of a virtual camera inside these constructed spaces; at times, the POV flies inside the characters’ bodies, revealing their hollow bell-pepper interiors. Blown up to nearly life-size dimensions, these enveloping panoramas of cyber-biological systems take on the qualities of post-apocalyptic landscape painting, or jittery cousins to the Museum of Natural History’s taxidermied ecological dioramas.

Although the parameters and possibilities of each episode are predetermined, real-time events are generated from the interaction of autonomous agents within each micro-world, producing sequences of theoretically infinite duration. As discerning a proper correspondence between the written narratives and the restlessly live simulations is challenging, the admissions desk offers a visitor’s guide to Emissaries, on sale for two dollars. The four-color paper brochure, reminiscent of both an explorer’s map and a cool insert from a 1990s gaming magazine, depicts the landscapes and character sets and restates each episode’s story; it also includes flow-chart diagrams that seem to outline possible decision-trees for various actants. While the guide might help spectators understand certain aspects of the live videos, the storylines are too dense and the simulations too ever-changing to allow for any simple correlation between one and the other. It is this overwhelming, immersive complexity that makes Emissaries feel like an encounter with the natural world, in all its unknowable contingencies, here displaced onto the actions of digital entities. 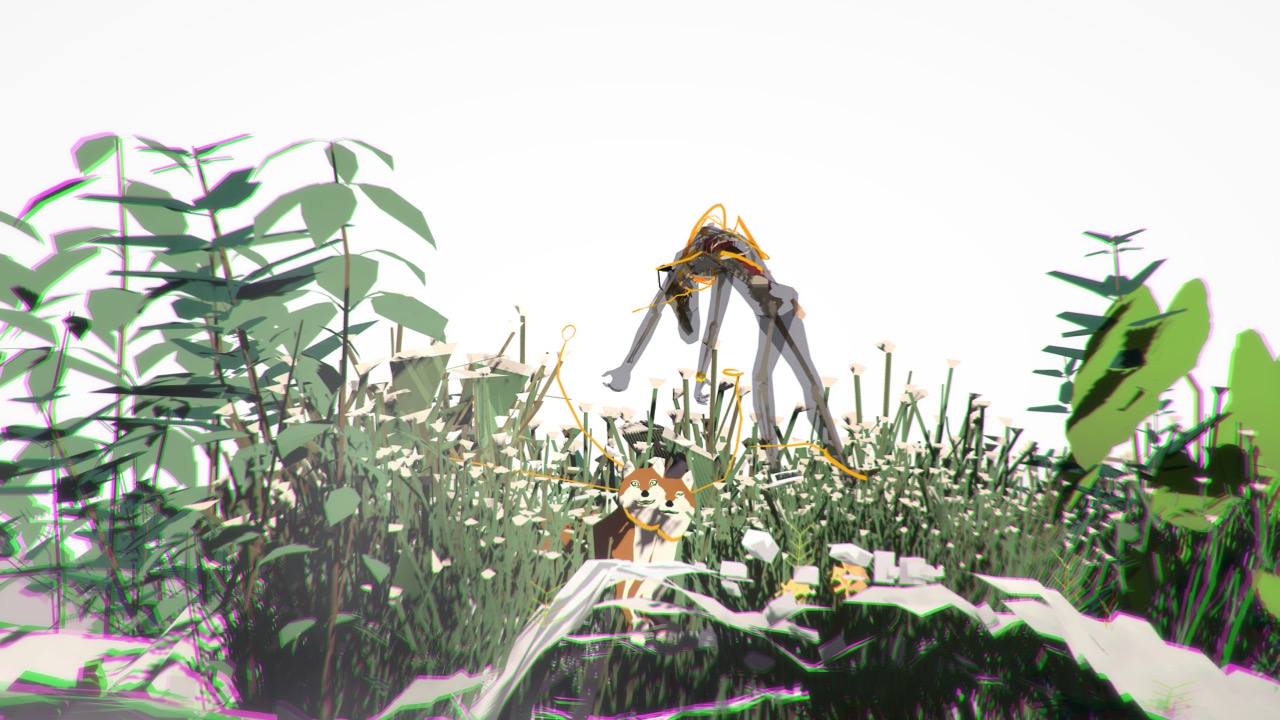 Regarding artworks as quasi-living things has a long history, reaching back at least to the romantics. Prompted by the arguments of A.W. Schlegel, Samuel Taylor Coleridge presented this notion in defense of Shakespeare’s unruly creations, pitting what he called “mechanic” against “organic” form. “The form is mechanic when on any given material we impress a predetermined form, not necessarily arising out of the properties of the material—as when to a mass of wet clay we give whatever shape we wish it to retain when hardened,” Coleridge argued in his 1812–1813 Lectures on Belles Lettres. “The organic form on the other hand is innate, it shapes as it develops itself from within.” In Cheng’s work, the quickening of organic form is achieved through mechanical means; Emissaries suggests not so much a mirror of nature as its emergent twin.

Yet the ever-changing environments at PS1 do not constitute the only way Emissaries can be experienced or understood; its elements might be configured across any number of digital platforms. At other iterations of the Emissaries series, Cheng has allowed viewers to track characters on mobile iPads, for instance; during MoMA PS1’s exhibition, an additional ongoing live feed has been available remotely via the popular streaming site Twitch.tv, typically used for watching real-time gameplay. Emissaries is less like a traditional art object than a contemporary media event, its sprawl reminiscent of the ever-evolving, multi-purpose universes of science-fiction and fantasy franchises like X-Men or Star Wars. (Not coincidentally, Cheng cut his teeth working for Lucasfilm’s special-effects lab, Industrial Light & Magic.) The show’s fold-out guide may be read as a nod to the charts and stats, spin-offs and tie-ins that have become a familiar aspect of entertainment culture. Emissaries could also be seen as a latter-day descendant of the systems art of the 1960s, retooled for an era in which semi-autonomous, seemingly self-perpetuating high-data structures like the Internet have become a part of everyday life.

Yet Emissaries does bear one notable feature of contemporary artworks: as the exhibition’s wall text notes multiple times, Cheng’s trilogy has been purchased by MoMA’s collection via its Fund for the Twenty-First Century. Considered as a long-term cultural investment, Emissaries comes to seem fragile indeed, for over the unknowable scale of museum time, who can now foretell what technological shifts may render this tripartite epic unplayable at some future horizon? Cheng’s virtual biospheres propose a future of radically autonomous algorithms, but like much digital art, Emissaries must pay the price of its utter contemporaneity with careful tending and constant upgrades if it hopes to survive across the generations.