House of Murphy: a new TV series on late-’80s ball culture in NYC aims for realness. 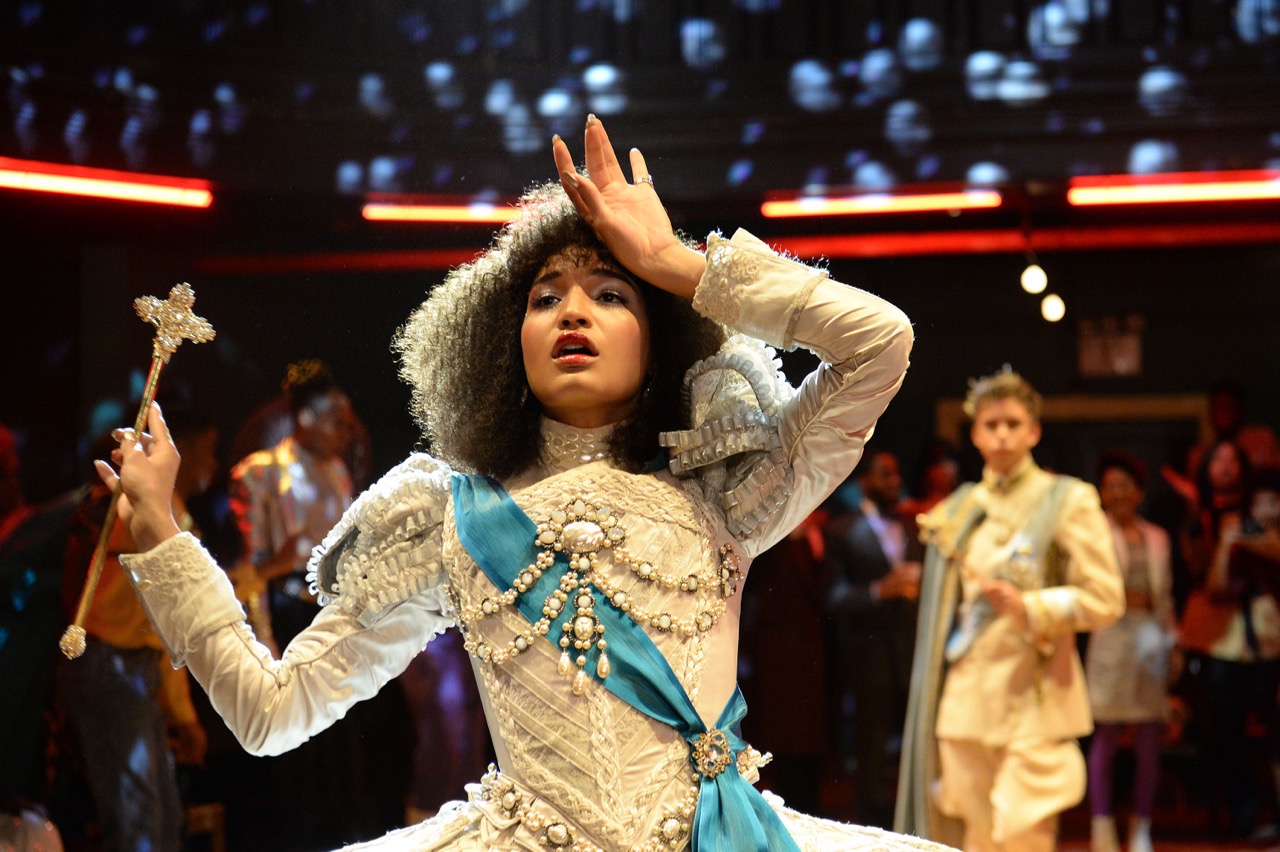 In episode two of Pose, the new Ryan Murphy–produced television drama set in the New York City ball scene of the late 1980s, Blanca (Mj Rodriguez), young mother of the newly minted House of Evangelista, waits to meet Lulu (Hailie Sahar) at a gay bar in Manhattan called Boy Lounge. Blanca wants to celebrate winning her first trophy since breaking out from under the well-manicured thumb of Elektra (Dominique Jackson), the leonine mother of the House of Abundance, to whom Lulu still holds allegiance. As Lulu enters, clad in a shaggy ermine coat, the crowd of white male twenty-somethings in preppy button-downs stare. Sitting with Blanca, she warns her former house sister that “they don’t serve our kind here”―at which point viewers might wonder whether she means trans women, people of color, or both. The muscle-bound bartender soon tells them to shove off once they’ve downed their cocktails. “I got ten guys in here asking me if it’s drag night,” he complains with studied masculine exasperation. “I’m sorry, we’re not in drag,” Blanca responds flatly. “We’re women.” 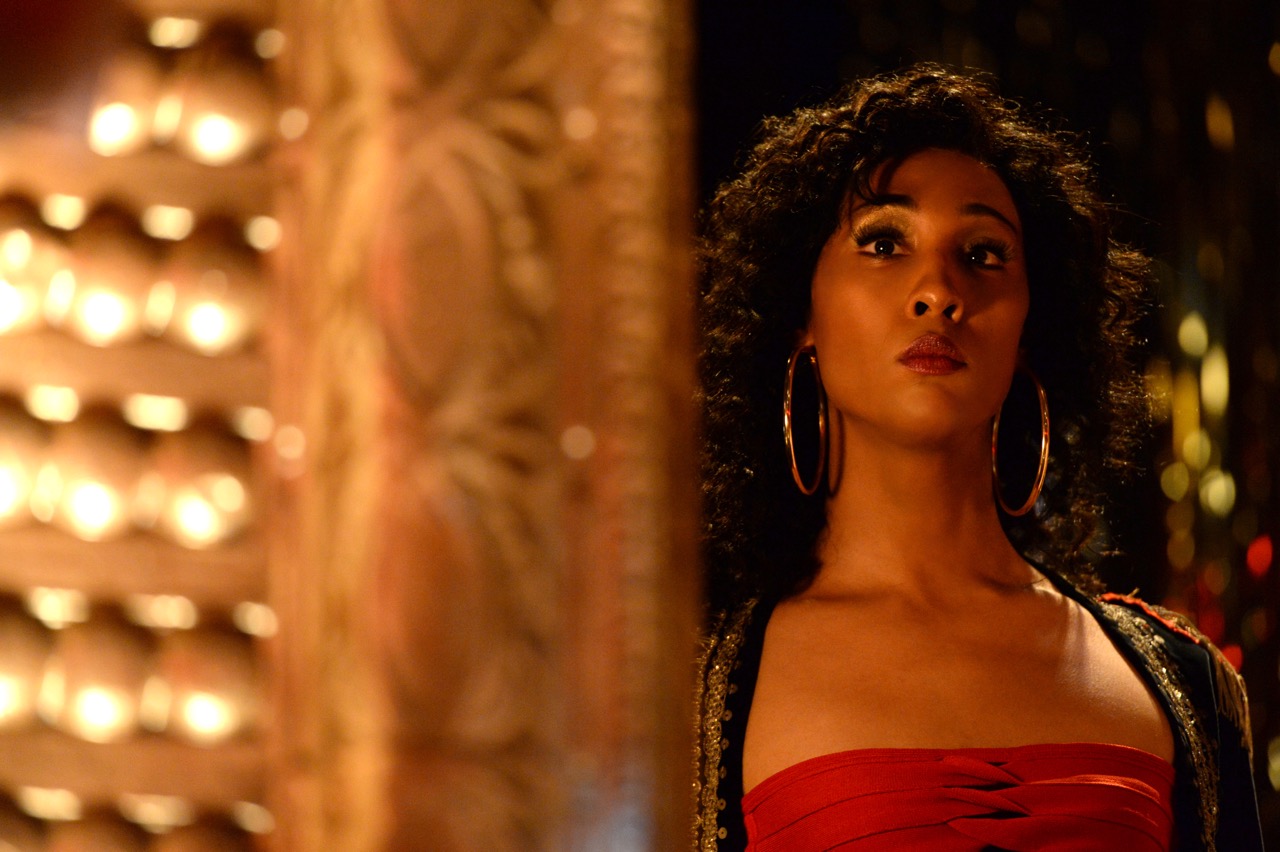 While Pose’s setting and time period are clearly inspired by Jennie Livingston’s Paris Is Burning, this confrontation is an example of how Murphy’s series serves as both an homage to and a reconsideration of the groundbreaking 1990 documentary. In the decades since its initial release, Paris Is Burning has been celebrated as a veritable treatise on gender performance, and its influence on the modern culture of drag has been immeasurable: note, for instance, how the mostly gay male contestants and judges on RuPaul’s Drag Race have borrowed virtually half their vocabulary from the personalities memorialized by Livingston’s lens. Pose, too, is replete with visual and verbal quotations from the film, from a mock-reverent military ceremony in dress uniform, to emcee Pray Tell (Billy Porter) intoning “You own everything.” Added to these allusions are scenes inspired by New York fictions from the 1980s—a little riff from Fame here, a whiff of Wall Street there—making the show feel more like a period-appropriate postmodern pastiche than an earnest historical study.

But unlike the characters in Pose, the subjects of Paris Is Burning often express a fluidity between identities. As Livingston presents it, distinctions between feminine gay men, gay men who perform in female attire, and “transsexuals” (in the parlance of the day) are not always clear, though some of the film’s most memorable figures―Angie and Venus Xtravaganza, Octavia St. Laurent―would unambiguously be considered trans women by twenty-first-century standards. Pose replaces the ambivalence and elisions of Paris Is Burning with a sharply drawn gender-identity certitude that feels stridently contemporary. 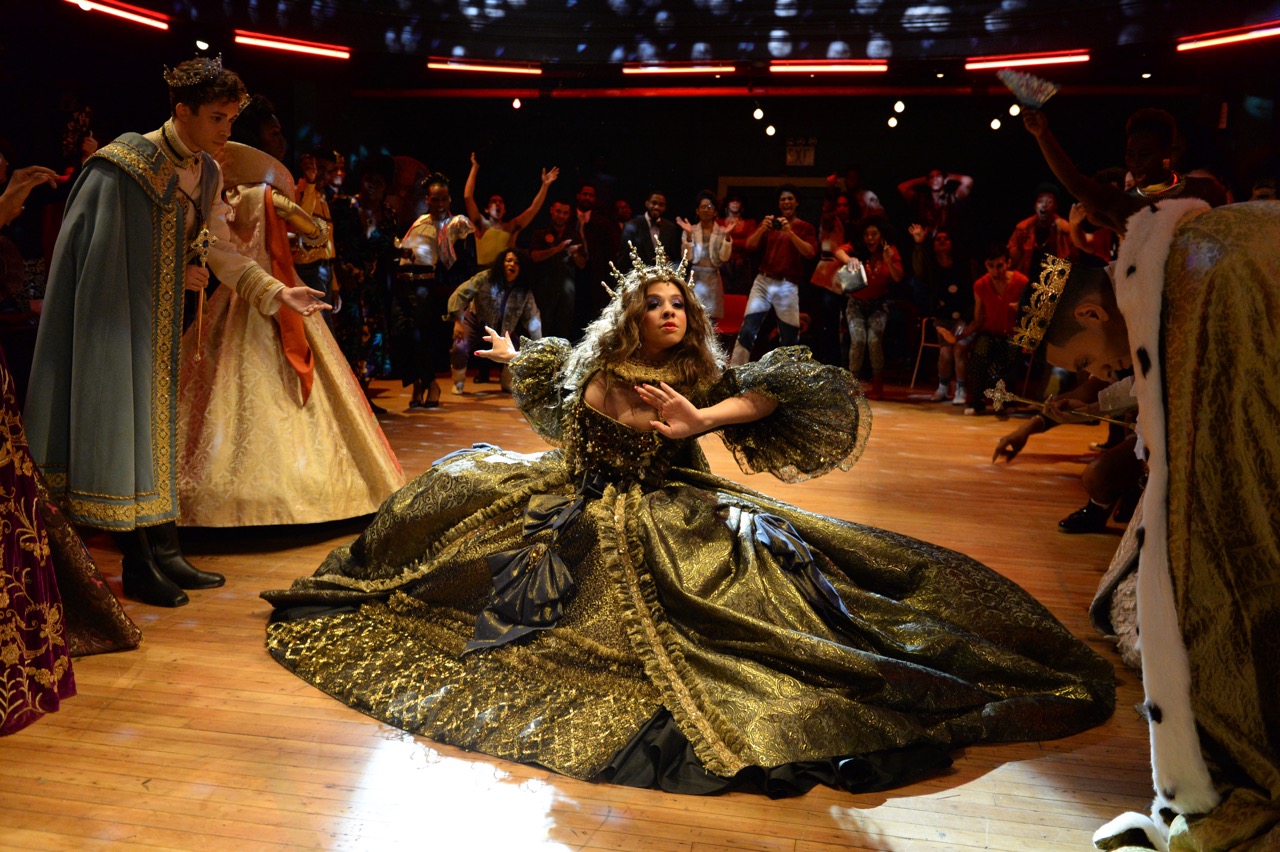 On the heels of the successes (and controversies) of Transparent, Pose generated industry buzz even before its June 3 premiere by assembling what is reportedly the largest number of trans actresses for a scripted series. In addition to Rodriguez, Sahar, and Jackson, the show features Indya Moore as Angel, who carries one of the season’s major storylines, and Angelica Ross as Candy Abundance, another member of Elektra’s house. Behind the cameras, the show has engaged numerous trans writers, directors, and consultants, including filmmaker Silas Howard, activist Janet Mock, musician and screenwriter Our Lady J, and members of the contemporary ball community; Paris Is Burning’s queer director served as a consultant on the pilot. It’s likely that this unprecedented team had a major influence in setting the tone of Pose, which centrally positions the kinds of trans characters who are usually relegated to the margins of other fictions, establishing their chosen families as the show’s wholesome core, and members of the greater non-queer world as the often hostile antagonists.

By focusing on performance documentation and one-on-one interviews, Paris Is Burning arguably limited its portrayal of the ball scene to that of a self-contained underground; contact with the rest of New York is spoken of in the film, but only a few interactions beyond the culture’s tight-knit social circles occur on screen. In contrast, a great deal of Pose explores the ongoing intricacies of trans women coping with a largely trans-unfriendly society. Enraged by being thrown out of Boy Lounge, Blanca returns to lead a one-woman sit-in against its segregationist policy, and is later sprung from a men’s jail cell by Elektra, who, able to pass as a cis woman, wields her feminine wiles against the guards. 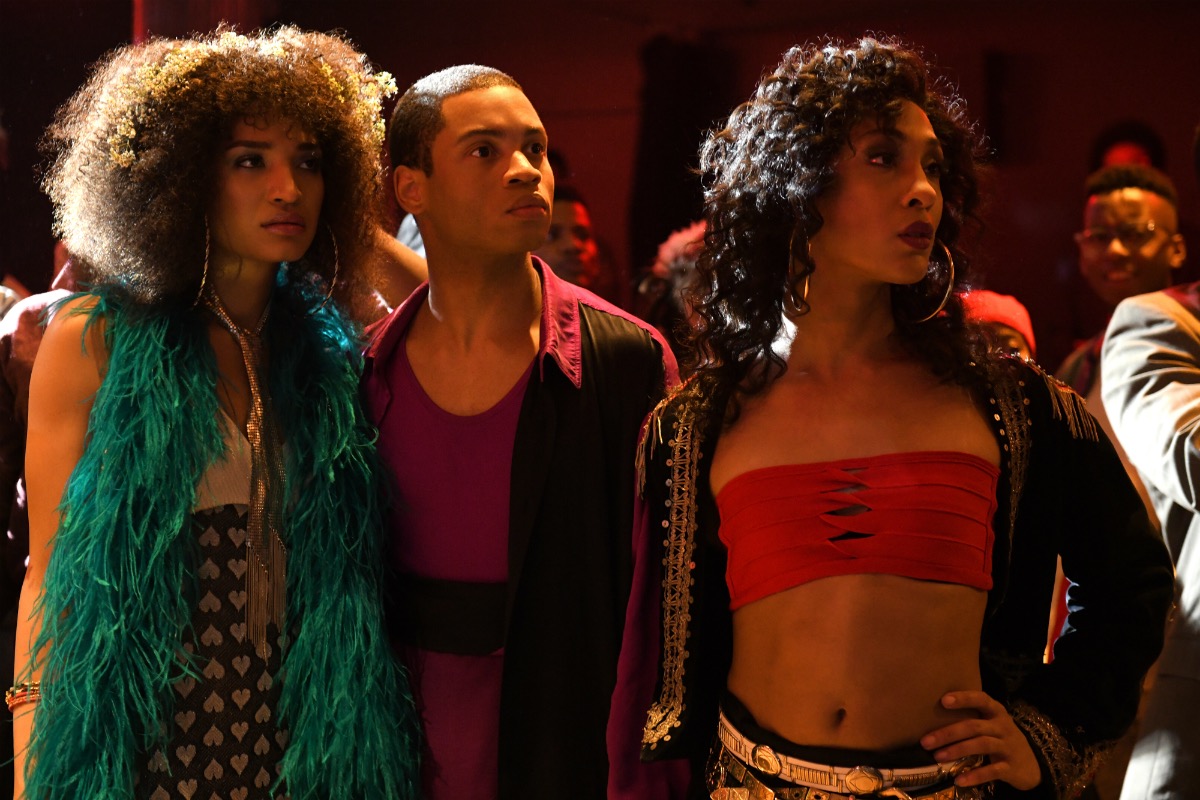 Making her living as a streetwalker and Times Square peep-show dancer, Angel is picked up by Stan (Evan Peters), a married young white executive from New Jersey who works for the Trump Organization on Park Avenue, but what she might expect to be a typical backseat session turns into a Pretty Woman hotel room meet-cute that concludes in a chaste ’80s-teen-movie-style kiss. Peters portrays Stan with mouth-breathing James Spader realness, evincing more uncertainty about his identity than any of the other characters, searching to find the vocabulary to express his desires. “What’s your deal?” Angel grills him at a diner date, days later. “I’m not gay,” he sheepishly replies. “I don’t understand,” she responds. “What are you?”

A blunt answer might be “classic cheating husband.” Stan eventually puts up Angel, now his mistress, in an apartment in the city, and begins to return late in the evenings to his wife, Patty (Kate Mara), and their children. New to the comforts of money, Stan and Patty perform their own class transformation by embracing suburban identity and yuppie accoutrements; unlike the ball’s contestants, who walk the runway as impeccable icons of luxury, the couple’s whiteness and middle-class riches allow their shared act the status of social reality. The show’s poorer characters risk prison in the course of trying to survive, while Stan’s boss, played with Trumpian sleaze by a slick-haired James Van Der Beek, snorts a line of coke in his office during a meeting. “God bless Ronald Reagan,” he declares, leaning once more into his mirror to sniff up some stray powder. 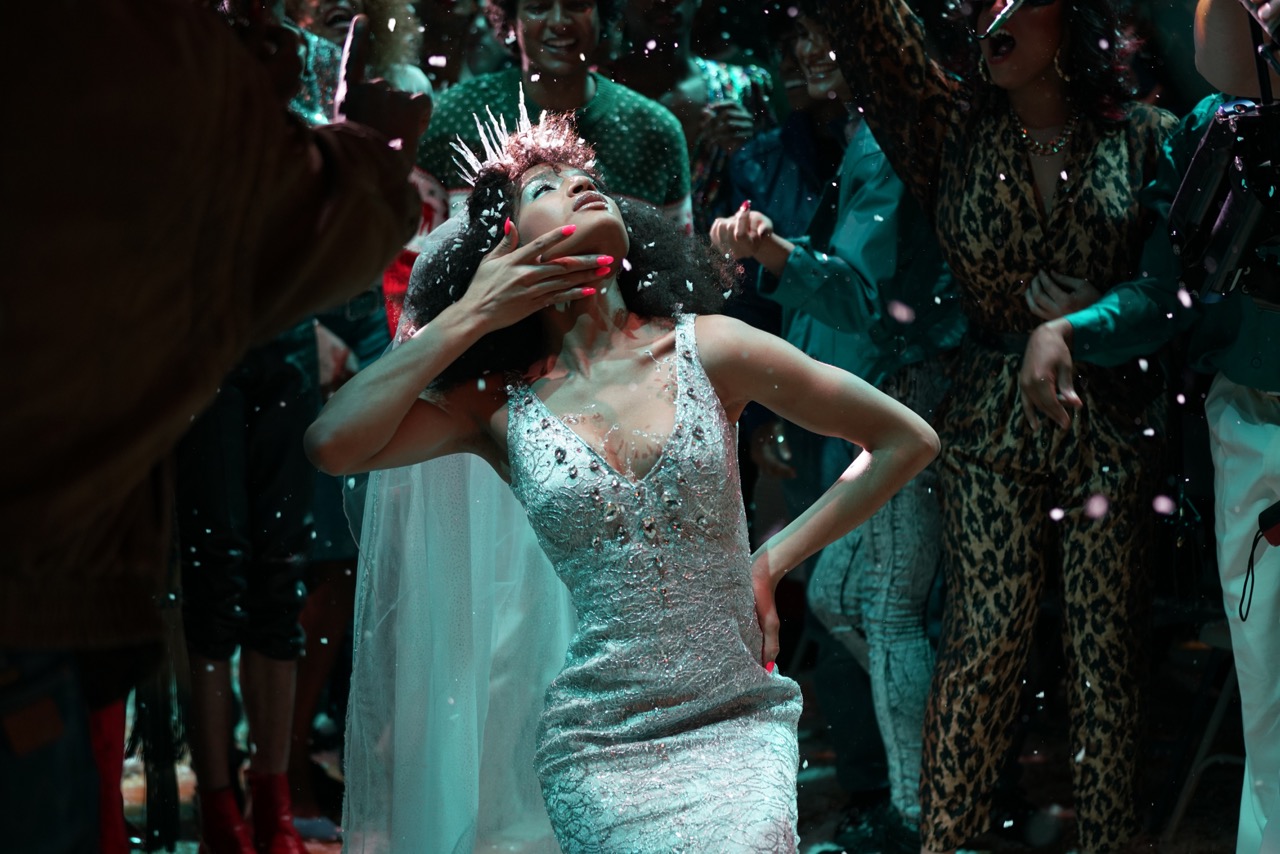 One of the grand themes of Murphy’s recent period dramas has been the lengths to which people will go to control their public image, whether it’s the legal battle to define O.J. Simpson’s character in American Crime Story: The People v. O.J. Simpson, Joan Crawford admitting to having her back teeth removed to maintain a movie-star smile in Feud, or Andrew Cunanan fabricating so many different tall tales about himself in American Crime Story: The Assassination of Gianni Versace that they eventually collapse along with his psyche. Pose, however, works to depathologize this process. Despite the fierce competition between houses, the ball culture’s matriarchal clans doubly function as havens that heal through self-transformation; the houses become real families by acting as such. Nevertheless, Pose continues Murphy’s self-referential televisual project, once again using the concepts of narrative building and character development to offer psycho-social critiques via the language of showbiz.