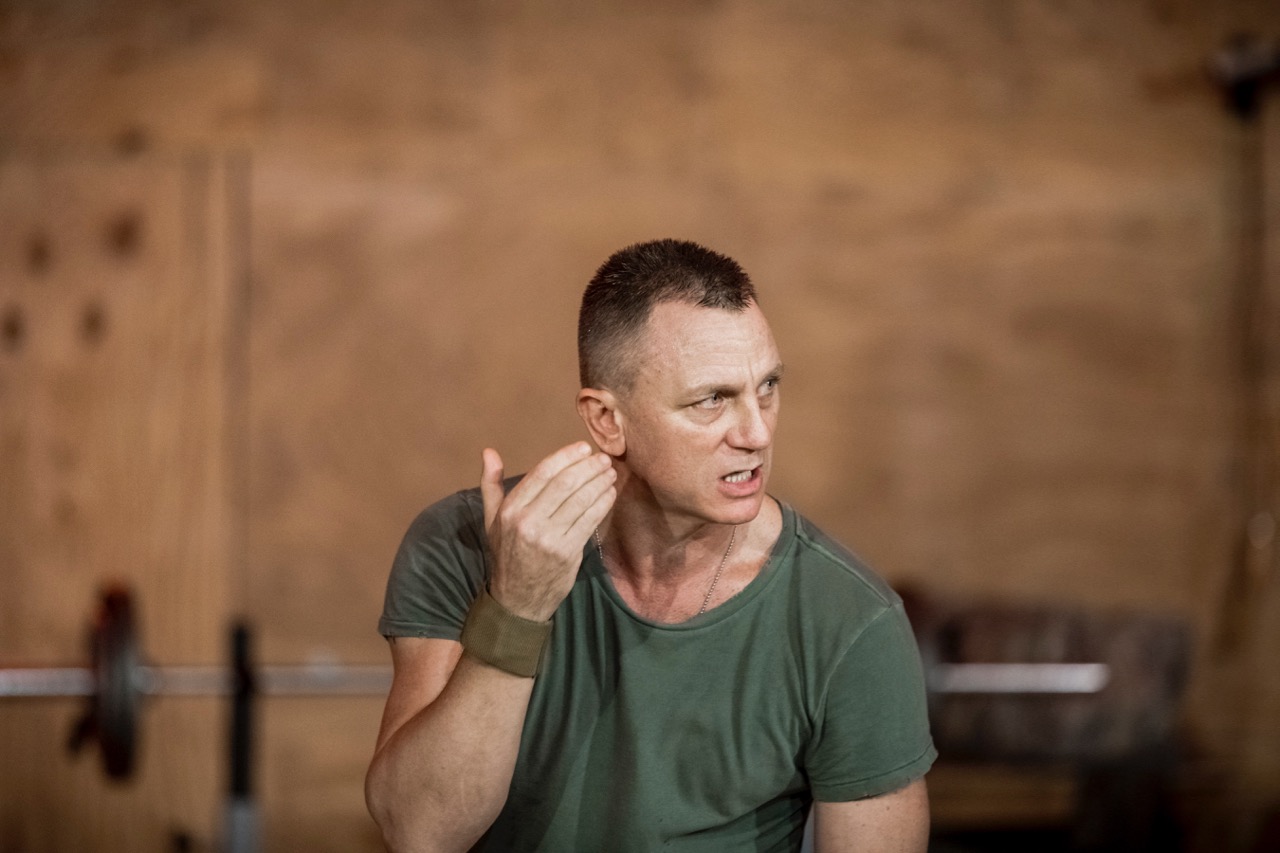 “It doesn’t end well!” an elderly gentleman had muttered out loud to no one in particular as he shuffled into New York Theatre Workshop for Othello. The quip was met with ripples of knowing laughter from other audience members. We knew that Desdemona, young white wife of a celebrated black general called Othello, dies at her husband’s hand. We knew that he has been driven to this point by a jealousy expertly provoked, stoked, and manipulated by Iago, his ensign. We knew, too, that the racism of Othello’s world has been a kind of co-conspirator in this plot, in that “the Moor”—“the blacker devil”—ultimately fulfills the expectation of barbarism that surrounds him. We knew that love, jealousy, and prejudice are timeless, but we didn’t yet know that this production would make all of this seem new. Sam Gold, a director celebrated for his sensitive work with Pulitzer Prize-winning playwright Annie Baker, has let the play’s trenchant sense of the contemporary emerge by abiding within its language, allowing the modern world of this production to feel conjured, rather than contrived. The result is a wise and audacious production that’s revelatory in the widest sense of the word. 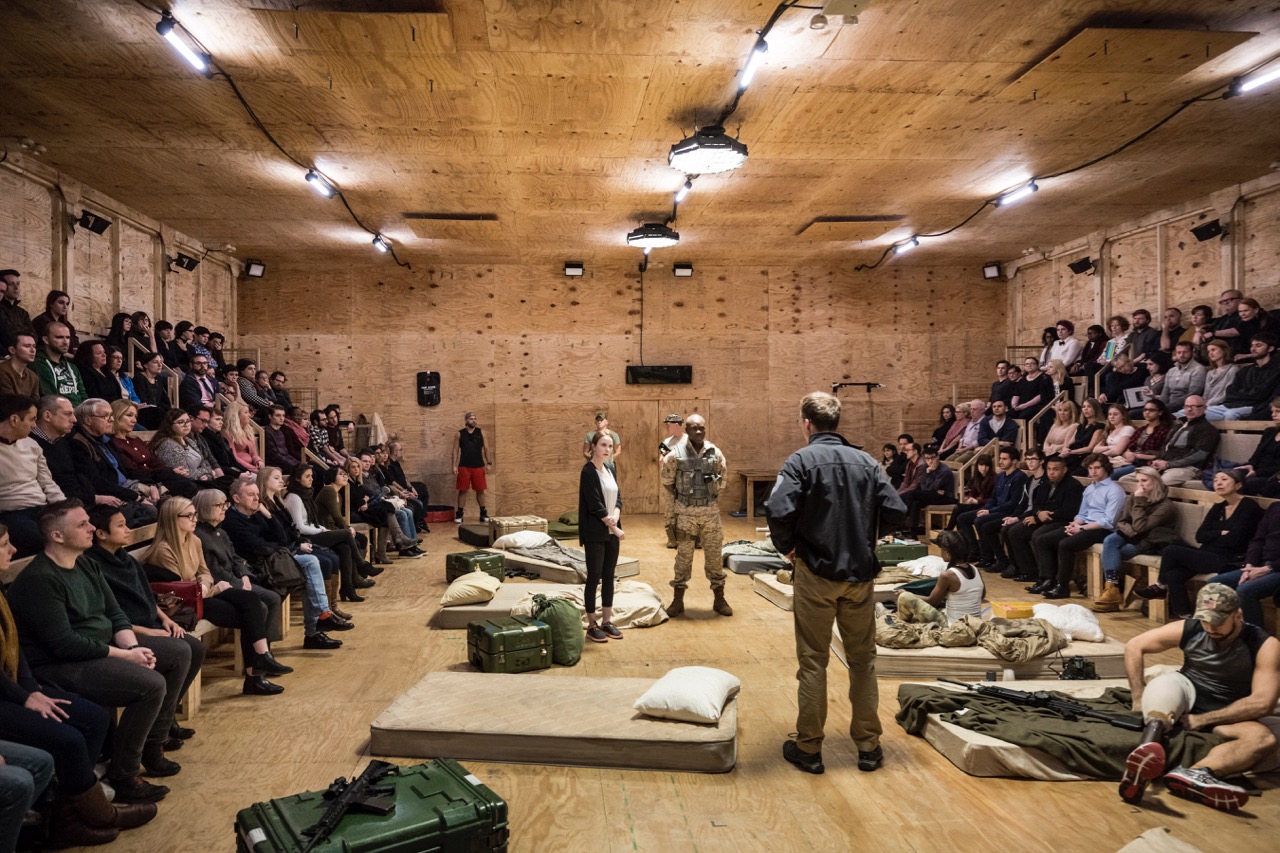 Andrew Lieberman’s set tells us this is a man’s world, a barracks of dirty mattresses, Marlboro reds, half-eaten packets of Doritos, and endless games of Guitar Hero. This induces the first revelation, that within this world of soldiers—some black, some white—we are watching a play that is as much about maleness as it is race. We could be in Iraq, or Afghanistan. Shirtless guys in desert fatigues or shorts cough and sniff and grunt as they bed down, idly checking their phones. One scratches his balls, snapping the elastic of his boxers. No airs or graces here, a no-nonsense masculinity. All of which creates the kind of climate and ethos in which Daniel Craig’s beefy, bluff Iago makes terrifying sense. And this is the next revelation, that the guy we know as James Bond should be the most appropriately sickening Iago; the horror and charm of Craig’s performance is vast and the overriding response is awe.

Craig plays him as a bloke’s bloke, chin in the air, with a loud and hearty voice inflected with those Northern England vowels that seem synonymous with “plain-speaking.” Slightly bandy legged, often dropping to a conspiratorial crouch to affably (it seems) goad someone, he’s a vigorously physical presence, exuding testosterone and taking up space. You’re either with him or you’re a pussy. You can imagine men saying of him, “good bloke that, decent”—which they do, essentially, in the form of “honest,” an epithet that accretes painful irony over the three hours. Yet even as Craig is soliloquizing and setting out his deplorable deceits and intents, we’re rapt, wanting more. Like jealousy, “the green-eyed monster which doth mock the meat it feeds on,” our appetite for this Iago is insatiable and irrational. His performance is a cleverly calibrated foil to David Oyelowo’s Othello, who matches him in force, if not physicality. Poised, proud, and eloquent in the scenes before Iago’s gaslighting begins, Oyelowo carries himself with a precision and quality of stillness that makes watching his ensuing devolution to chest-thumping, rage-deranged, flailing murderer feel like a slow-motion explosion. 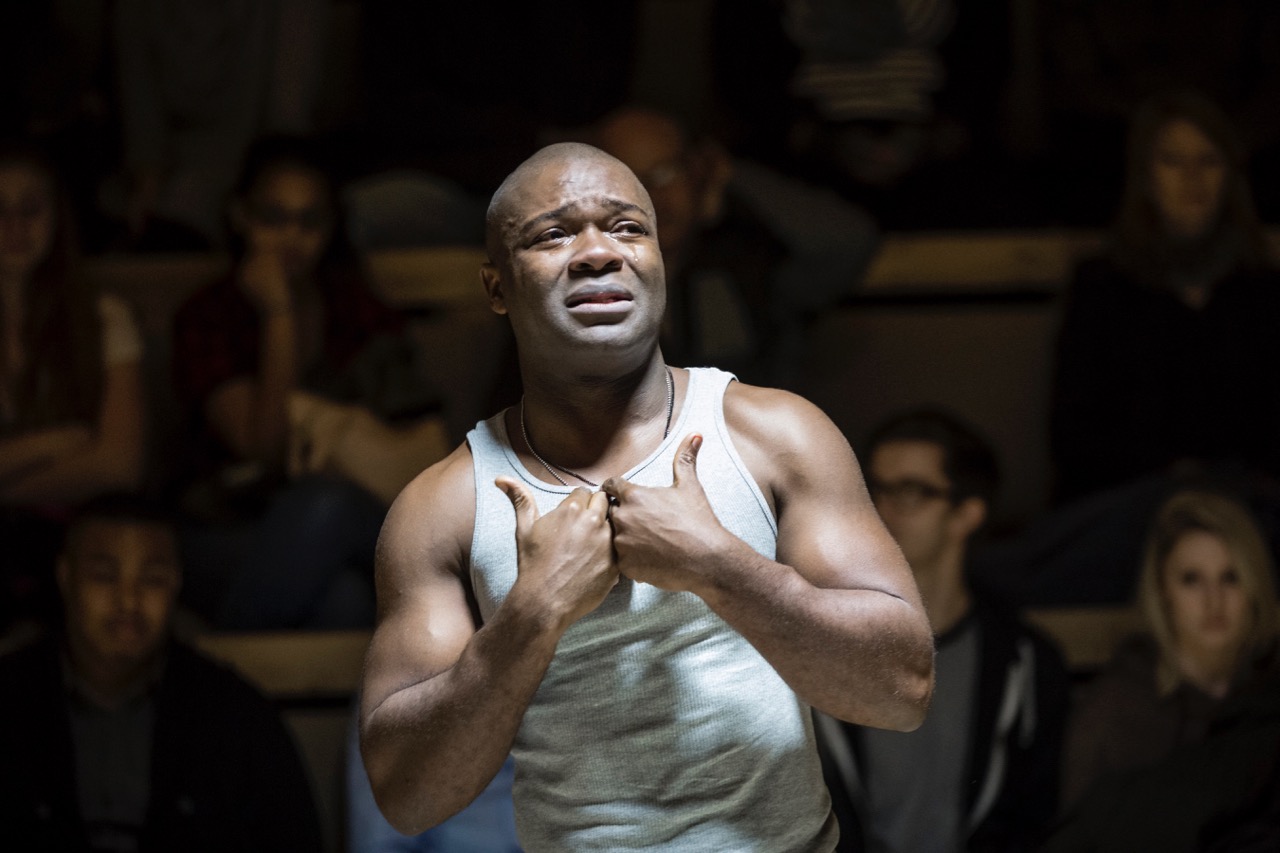 Iago’s first provocation is to tell Desdemona’s father, Brabantio, that “an old black ram is topping your white ewe,” and when the duly outraged Brabantio (a masterly Glenn Fitzgerald) discovers that his daughter (Rachel Brosnahan, exuding grounded integrity and intelligence) has in fact married “the Moor,” he accuses his new son-in-law of drugging or bewitching her. The Duke of Venice (David Wilson Barnes), in fleece and sneakers as the low-key and wearied voice of reason, responds, “To vouch this is no proof.” Americans now know something about vouching things—or rather, tweeting them—without proof. We know that even without proof, blurted accusations foul things. We know, too, a little about the spectacle of a strongman, specifically how he might appeal to the worst in us, blinding us to those dark natures—his and ours—by the force and charisma of confidence.

But it’s a bad art that merely tells us what we know. This production surprises. Who knew that this tragedy could be so funny; there are moments of astonishing comic timing, not least from Matthew Maher’s abject, hapless Roderigo. These bursts of levity are a kind of salt to the soup of the tragedy, only enhancing the impact of what’s to come. When, for example, Othello’s squadron breaks into a rendition of “Hotline Bling,” the verve of it is invigorating. It’s gloriously apt too. Drake, with all his “good girl” bullshit, is our pop poet of male sexual jealousy and paternalistic control; he shares Brabantio’s conception of “good” girls—namely that they stay at home, fully clothed. (“Got a reputation for yourself now,” the squadron sings along, “’Cause ever since I left the city, you/Started wearing less and goin’ out more.”) Good girls don’t sneak out of the house and disobey their father. Worse, this good girl gone bad has married not a nice rich white Venetian, but a Moor. It is inexplicable, to Brabantio’s mind, that she might run “to the sooty bosom of such a thing as [Othello]” and the potency of his paternal fury emerges in another line. “God be wi’ you! I have done” is innocuous on the page. Here, though, the first sentence is whispered, lethally, slowly, in Desdemona’s ear: threat rather than valediction. The next is delivered with a forefinger drawn across his throat: You’re dead to me. 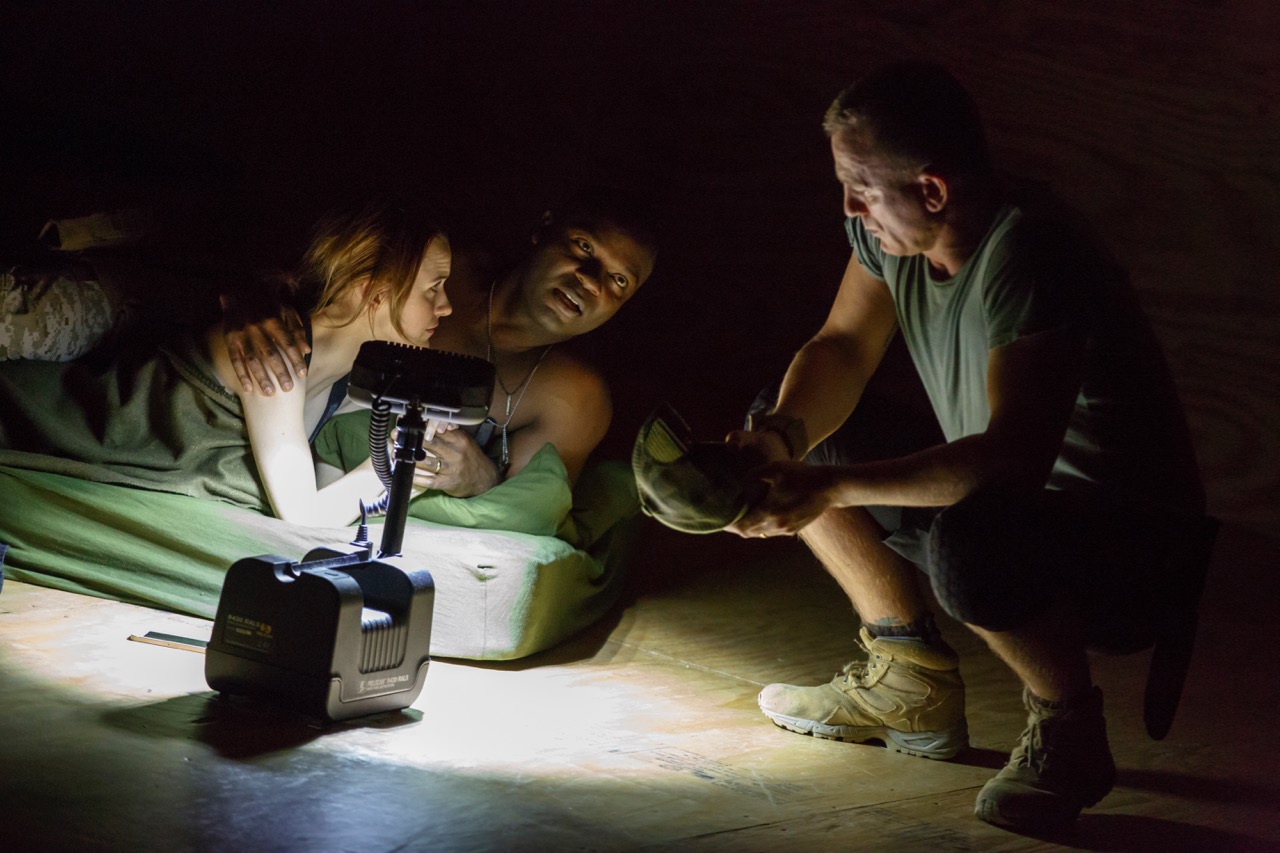 We know that she dies, and that Othello dies too, but I didn’t know that these deaths would, through this production’s subtle magic, feel like an emotional ambushing. The depth and steady control of every actor on stage counterbalances the inexorable velocity of the play with a devastating weight. It means that when the end comes, it’s like a punch to the chest. The play’s last revelation was hardest to bear: that the realest and most terrible thing I’d see on stage this year would be Daniel Craig crying—no longer a man’s man, but a boy—cowed and shamed and making his way toward those bodies with an outstretched hand.

Hermione Hoby grew up in London and lives in Brooklyn. She writes about culture and gender for The Guardian, The New Yorker, The New York Times, and others. Her debut novel, Neon in Daylight, will be published next year.