Literature
The End of Eddy 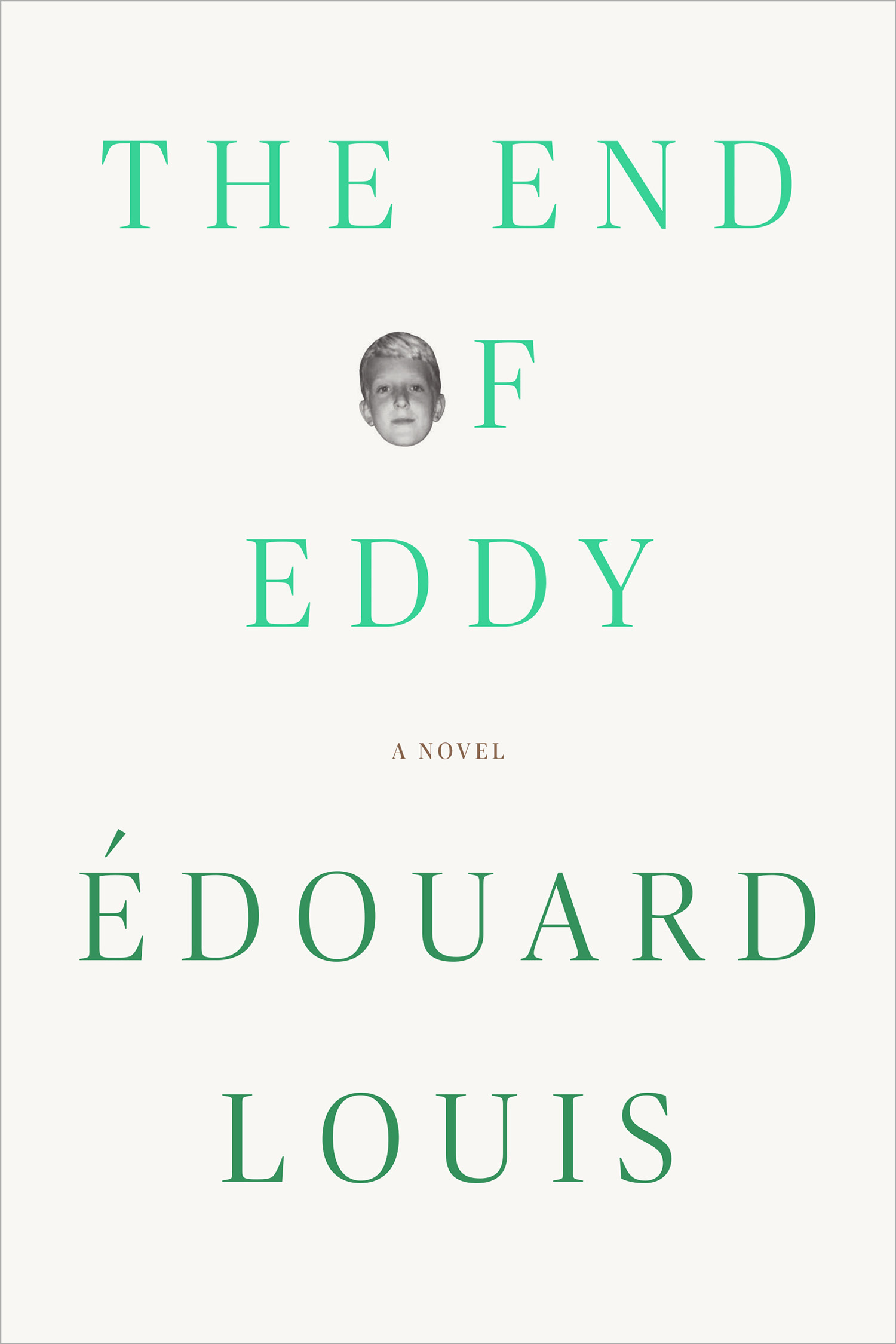 The End of Eddy, by Édouard Louis, translated by Michael Lucey, Farrar, Straus and Giroux, 192 pages, $23

French literary wunderkind Édouard Louis’s debut novel is finally coming to town. The End of Eddy, an autobiographical work about growing up gay in a working-class village in Picardy, made a dazzling media splash in France in 2014, when Louis was just twenty-one, and has already been translated into twenty languages. In the US, the book is being billed as “like Karl Ove Knausgaard or Marguerite Duras,” but never mind the publishing spin. Louis’s coming-of-age tale distinguishes itself not by any special commitment to granular observation and ruthless self-exposure à la Knausgaard, or to the obsessive treatment of desire found in Duras, but by the anatomization of the brutal social code of the village community from which its author sprang, one that saw him as a kind of demon to be exorcized, shouted down, and thrashed.

The story opens with a schoolyard encounter: two boys, “the first tall with red hair, and the second short with a hunchback,” spitting in the ten-year-old Eddy’s face, asking him a question that he would repeat to himself “endlessly for months, for years” (“You’re the faggot, right?”). The boys proceed to beat the breath out of him. “They laughed when my face began to turn purple from lack of oxygen (a natural response from working-class people, the simplicity of those who possess little and enjoy laughing, who know how to have a good time).” With this, the stage is set for a taut work of pained remembrance and sociological scrutiny: recollections of a childhood with “no happy memories,” of bodies reduced to abjection by the working-class way of things, and of a tribal law defined by—quelle surprise—strict gender roles and an enduring need for scapegoats.

The arc of Eddy’s character covers pretty familiar ground. To start with, a sensitive young man, in this case marked early on by his mannerisms and interests, suffers at the hands of a family and town infuriated by his difference. For any reader acquainted with or curious about the formative trials of otherness, Louis’s depictions of anguish, confusion, internalized hatred, and physical violence—written in a clear, frank style—will provoke deep sympathy. His boyhood voice and body language are presented as mysterious biological destiny—a kind of possession, even:

And yet I too had no idea why I was the way I was. . . . I had not chosen that high-pitched voice. I had not chosen my way of walking, the pronounced, much too pronounced, way my hips swayed from side to side, or the shrill cries that escaped my body—not cries that I uttered but ones that literally escaped through my throat whenever I was surprised, delighted, or frightened.

These traits make him an easy target in a village where traditionally masculine behavior serves as a badge of pride and a form of social currency. And so he spends some wretched adolescent years trying to remake himself in the macho image of the men around him, to will a heterosexual Eddy into being. “Every morning in the bathroom getting ready I would repeat the same phrase to myself over and over again so many times that it lost all meaning, becoming nothing but a series of syllables, of sounds. . . . Today I’m gonna be a tough guy.” He courts and briefly dates young women, to awkward results. Driven to flee all this hellish fakery, he pursues admission to a drama high school in the city of Amiens. It isn’t a perfect escape, as we’ll discover in the final moments of the epilogue, but presumably the beginning of a pattern that will lead on to places increasingly more hospitable to difference and to the intellect. Places that will allow him to become, sooner than later, a celebrated young author whose work has been compared to the likes of Zola, Genet, and Beauvoir.

Vignettes of village life twist around Eddy’s memories of his youth. These pointedly illuminate the harsh realities that tighten the bonds of the tribe. We see Eddy’s father screaming in agony when a back injury ends his work at the local factory, then turning to heavy drink when, after trying to find work again, he has “gotten discouraged around the hundredth rejection.” We see the private humiliations of poverty (“You don’t tell anyone, no one, that we go to the food bank, that’s a secret that stays in the family”). A sense of claustrophobic, doomed interdependence emerges as every move toward freedom Eddy might make becomes a practical threat to shoot down. When he dreams of leaving school to ditch his tormentors, for example, his mother replies, “Just so you know, there is no way you are dropping out, ’cause if you do they’ll cut my benefits and that’s just not going to happen.”

The risks the village mindset poses to people like Eddy (and, plainly, to any woman who fails to accept her place within its order) are shown to be grave. One leaves the novel with a profound sense of enduring discord between those who make up the rural working class of The End of Eddy and those who they resent and revile. Readers will find in Louis’s representation of the villagers’ worldview, with its various handy bogeymen and scapegoats—“faggots,” “lesbians,” “blacks,” “Arabs”—a picture of stark division similar to that which marked nationalist discourse during France’s recent presidential election, as well, of course, during our own. But they may also be left asking themselves what it means to write a novel in which its autobiographical narrator is—by virtue of his apparently superior intellect—the only character shown to understand how systemic social forces determine individual fates. This is of the utmost relevance given Louis’s unwavering focus on the abjection, the violence, and the bigotry of his “working-class people,” even if these are depicted, vaguely, as the effects of an unjust organization of wealth and power. Said “clear-eyed” view of the relationship between human beings from Louis’s unhappy childhood and the societal mandates that shaped them feels broad and pedantic and is seldom complicated by self-reflexive critique or leavened with irony. Édouard, no longer Eddy, gazes back across the gulf. In an effort to see what’s “real” about where he came from, he appears to see almost exclusively what’s worst. One wonders who he serves by doing so.

Evan James’s work has appeared in Oxford American, Catapult, The New York Times, The New York Observer, Town & Country, Travel + Leisure, The Sun, and elsewhere. He is a graduate of the Iowa Writers’ Workshop, where he received an MFA in Fiction.