“Her feet would dissolve into air”— Clarice Lispector’s least-known novel gets its first English translation. 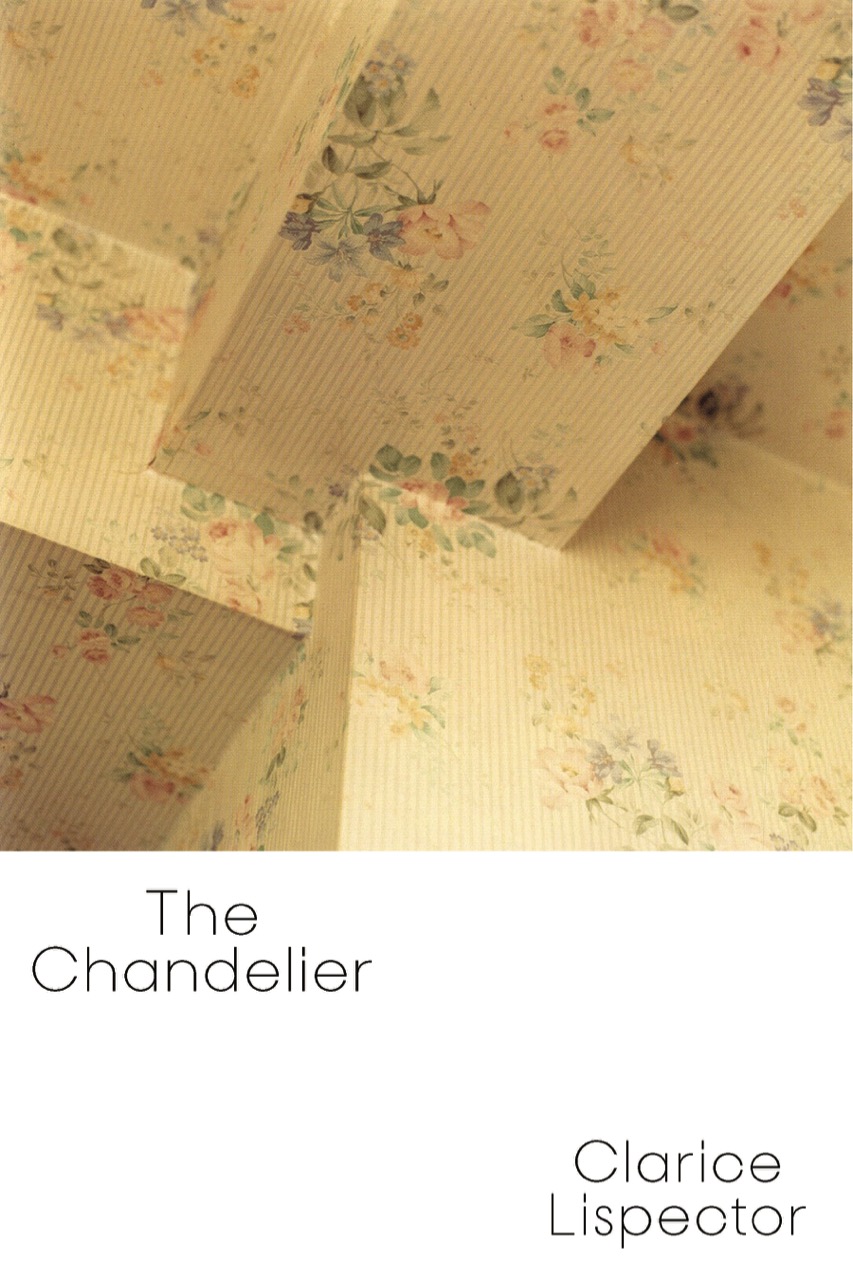 The Chandelier is an extraordinary book. That said, it probably wouldn’t be my first choice for an introduction to Clarice Lispector. (The Passion According to G.H. or perhaps the stories collected in Family Ties would.) But if this is the only text by the Brazilian author that you have on hand, by all means plunge in; imperfect, uneven, and immensely difficult as The Chandelier may be, it contains pages and paragraphs of greater literary substance than you will find in entire libraries of other writers. This is true whether you read it in the original Portuguese or in Magdalena Edwards and Benjamin Moser’s elegant English translation for New Directions.

Escaping pogroms in western Ukraine, Lispector and her family emigrated to Brazil in 1922. She attended college in Rio de Janeiro, worked there as a translator and a journalist, and, at the very beginning of the 1940s, published her first short stories. Lispector always claimed that reading the modernist author Katherine Mansfield triggered the stream-of-consciousness style of her first novel, Near to the Wild Heart (1943), which turned her, at the age of twenty-three, into an overnight local literary sensation. Soon after, Lispector, who had married a diplomat, moved to Italy, where she finished The Chandelier, which was published in Brazil in 1946. A critical flop, it remains to this day the least read and worst known of all of Lispector’s books. This is not particularly surprising: it can be hard to find a fully satisfying way to approach The Chandelier, and it sometimes feels like the writer herself wasn’t sure how best to mold her rich but unwieldy material.

The book tells the story of Virgínia, whose childhood is spent in a decadent country mansion in a fictional place called Upper Marsh. The atmosphere of the first hundred pages or so is resolutely gothic. The first sentences establish the tone, and it also is a bit of a clue for the whole narrative:

She’d be flowing all her life. But what had dominated her edges and attracted them toward a center, what had illuminated her against the world and given her intimate power was the secret. She would never know how to think of it in clear terms afraid to invade and dissolve its image. Yet it had formed in her interior a far-off and living nucleus and had never lost the magic—it sustained her in her unsolvable vagueness like the single reality that for her should always be the lost one.

The narrator is ostensibly referring to Virgínia, but the same could be said about the text itself: at its best, we feel that its unsolvable vagueness is sustained by a secret that is destined to remain unspoken, and that the ultimate source of its seduction will always elude us. Virgínia’s secret is that she may (or may not) have seen a drowned man while standing on a bridge with her brother Daniel, whose seemingly infinite dominion over her is exercised with a quiet, casual cruelty. Secrets lie at the heart of a certain Society of Shadows they form and whose obscure ceremonies are described in some of the most evocative passages of the book. But most of the time we are offered descriptions of Virgínia’s tumultuous experiences, which come in waves as her “slender thoughts”—the only mental activity she claims able to summon—“suddenly break halfway before reaching the end.” The experiences tend toward the mystical:

Suddenly the ground would threaten to rise to her eyes, without violence, without hurry. She’d wait for it quietly but before she could understand, the floor had already sunk to somewhere she couldn’t make out, falling to the bottom of an abyss, far off like a stone thrown from a height into the sea. Her feet would dissolve into air and the space would be crossed by luminous threads, by a cold and nervous sound like violent wind escaping through a crack. Then great calm would envelop the light world. And then there was no world. And then, in a final and fresh reduction, there was no her.

As in this passage, Virgínia finds herself constantly in the process of dissolving, incapable of establishing a fixed identity. But her very fluidity precludes the kind of character development that we are used to in a text like this, which, in its own peculiar way, is a bildungsroman, a “novel of education.” In the middle part of the book, Virgínia moves to the city, establishes a romantic relation, participates in a few social occasions, but her life is marked by a sense of constriction, a kind of morbidity that Lispector describes with an obstinate and terrifying force. An obscure intuition—not unrelated to the intense, perhaps erotic, attraction that her brother exerts—moves her to return to the house with a chandelier that (fittingly, given the animism that is constant in Lispector’s work) is as much a living being as any of the members of the family.

The last quarter of the text is characterized by an atmosphere of imminence: events are alternatively ominous and elating. In the climax of the last few pages, Virgínia seems to have arrived at some sort of resolution, fulfilled some sort of quest whose meaning she can’t fully formulate. And then, after a final return to the city, where she might apply the lessons finally received, she is abruptly run over by a car.

I’d be more than happy to agree with any reader who thinks that I’m betraying the gist of the story, but identifying a plot in The Chandelier is a bit like identifying a face in a cloud. This will attract some readers while others will find it exasperating. Plot, it has to be said, was never Lispector’s forte. In her masterpiece The Passion According to G.H. (1964), it is replaced by something that resembles a philosophical argument.

The Chandelier already contains the germs of the best Lispector, but its brilliance is frequently muddled by the unstable, indecisive compromise she tries to broker with the narrative tradition (as exemplified by the gothic novel and the bildungsroman) that she obviously loved but that was never the best vehicle for her writing. In the early 1960s, she finally gave up on this attempt and found a new and austere architecture to hold together her deeply irregular, sometimes awkward, always enigmatic textual shapes; Lispector emerged an indisputable star in mid-century modernism’s firmament—a Borges, a Beckett, a Duras.

Reinaldo Laddaga is an Argentinian writer based in New York. The author of numerous books of literary criticism and creative nonfiction, he taught for many years in the Romance Language Department of the University of Pennsylvania.