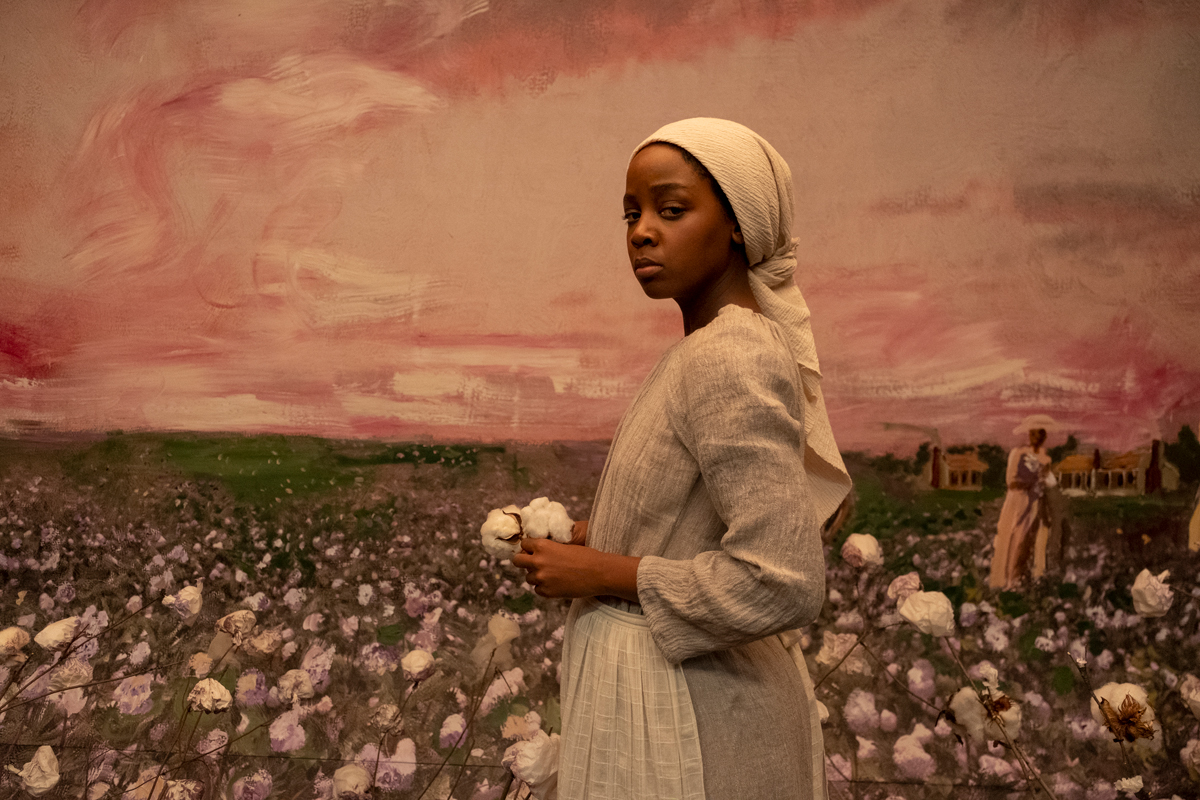 The Underground Railroad renders explicit something that was not always immediately apparent in Barry Jenkins’s previous work—his lovers are always on the run. From the ambling hookup in rapidly gentrifying San Francisco in Medicine for Melancholy (2008) to the young men fleeing themselves and their pasts in Moonlight (2016) to a couple trying to escape the constraints on Black life in 1970s New York in If Beale Street Could Talk (2018), the incandescence of love has shone so brilliantly in his films because of the encroaching darkness. Jenkins is American cinema’s reigning romantic, thanks to his subject matter and his lush frames filled with colors, eyes, hands, and light. Other movies have these things, too, but without the same Sirkian density. When trying to describe Jenkins’s images, I often find myself rubbing my thumb over my index and middle fingers, the way I might test the edge of a piece of cloth or clay.

I must admit, then, that I was worried to hear that Jenkins was taking on Colson Whitehead’s Pulitzer Prize–winning picaresque. After Jenkins had sinuously adapted James Baldwin’s novel for If Beale Street Could Talk, to my eyes his best film and one of the best in recent American filmmaking, I had no doubt of his artistic capability. I feared that the grammar of television was so antithetical to what he excelled at that it would be his undoing. Instead, Jenkins has hopefully put to rest what it means to say that a show “looks like cinema.” Increasingly common, the compliment typically means that it looks expensive. Rarely does it extend to method, pacing, and the primacy of the image as a conveyor of meaning. Jenkins, along with much of the team from his previous work, has genuinely crafted something that moves and sounds like a movie, allowing moments to uncoil separately from their value to the plot, but which are vital to the production of a particular sensation. 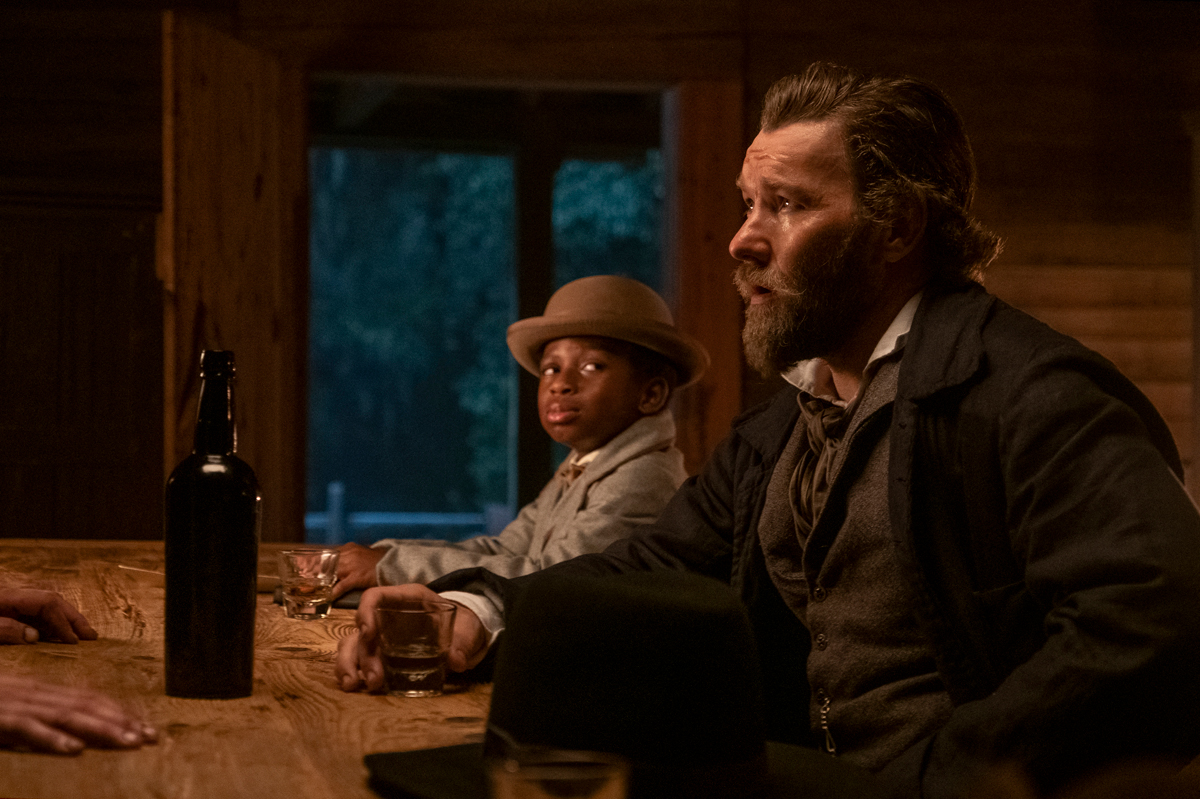 The ten-part series follows a wide cast of characters but is most concerned with Cora (Thuso Mbedu) and her flight to freedom from enslavement, a trek in which she is monomaniacally pursued by a slave catcher named Arnold Ridgeway (Joel Edgerton). It is an alternate history, but not of the kinds that are currently in vogue, which tend to myopically ask, “What if the bad guys won?” The “alternate” version told here has to do with specifics: laws are changed in a few states (North Carolina has abolished slavery in order to make itself more purely white) and the railroad in question is an actual subterranean train. Mostly what is depicted is an intensification of history. An analogue to the Tuskegee Syphilis Experiment, conducted between 1932 and 1972, takes place in the show’s antebellum setting alongside gynecological and genetic experiments on enslaved women. 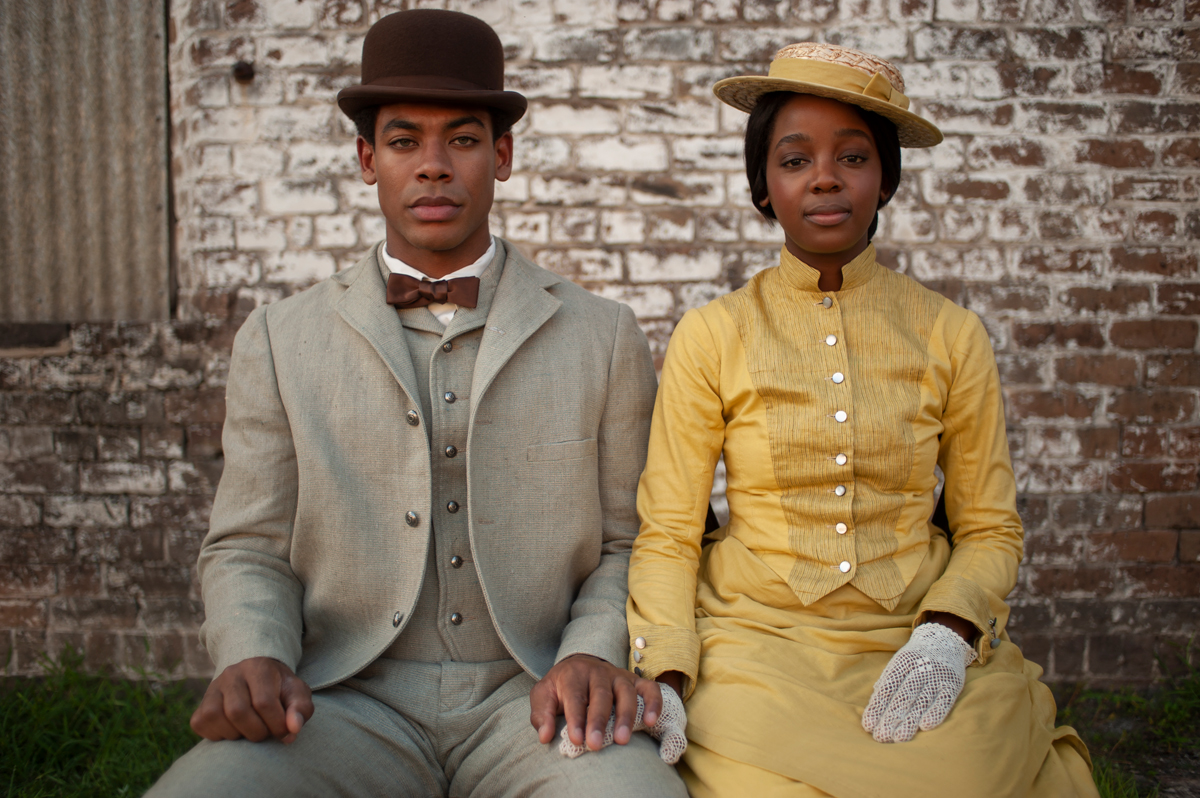 Cora’s circuitous attempt to get free meets with many roadblocks and a great deal of cruelty, but Jenkins, as always, is less interested in the grand historical narrative than the recurring image of two people—in the early episodes, Cora and Caesar (Aaron Pierre), who escapes with her—hounded by violence, sitting quietly beside each other. It is a series marked by torture and terror, but one that hinges on the small acts of a woman dreaming about swaying with a man she loves or holding an okra seed in her hand. A journey from and through hell takes the most pleasure in the proximity of a duo who mean no harm. 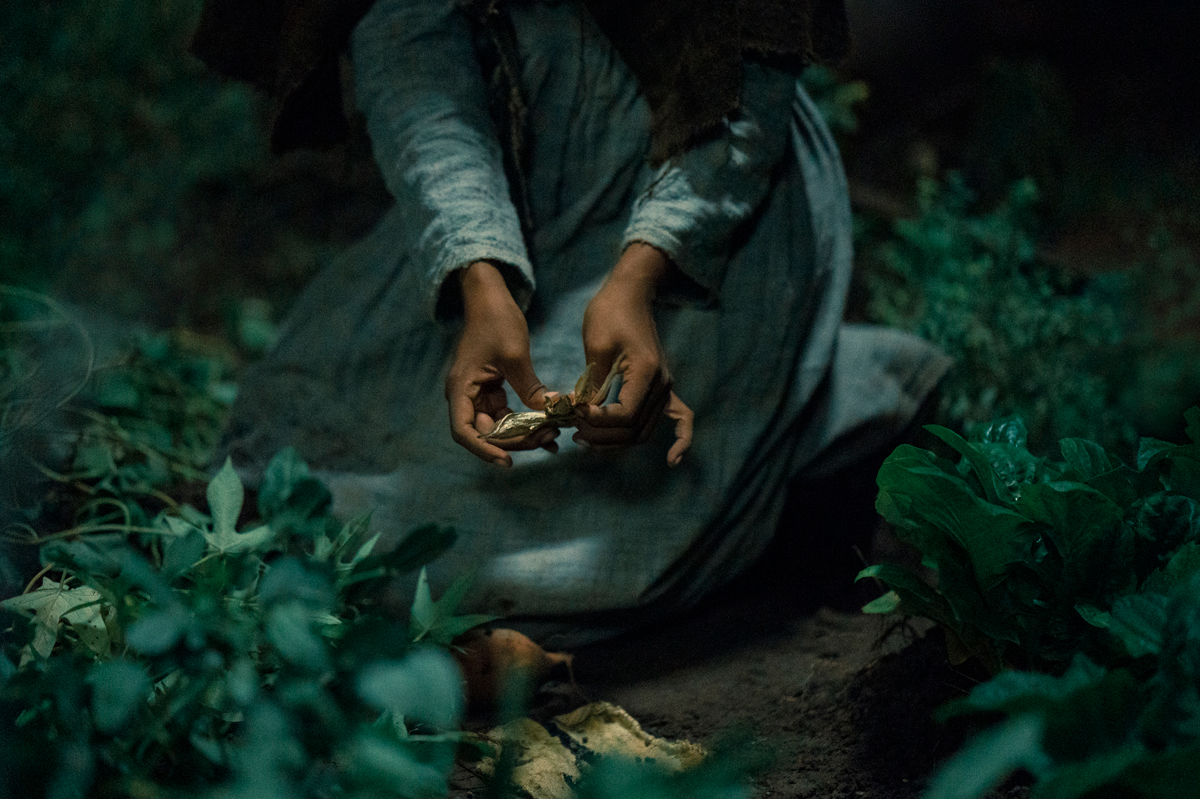 Early on the series seems most beholden to television, but as the plot gets under way, Jenkins deploys the brushstrokes he has become most noted for on this expanded canvas. He is a great practitioner of the close-up, rescuing it from its slide into near meaninglessness in advertising and most television. Close-ups, in a Jenkins film, are for looking and being looked at, where the screen starts to feel like a window instead of a two-way mirror. In these shots, Jenkins often has his characters looking straight into the camera, but it is his patience that elevates these moments, allowing a face to unfold. 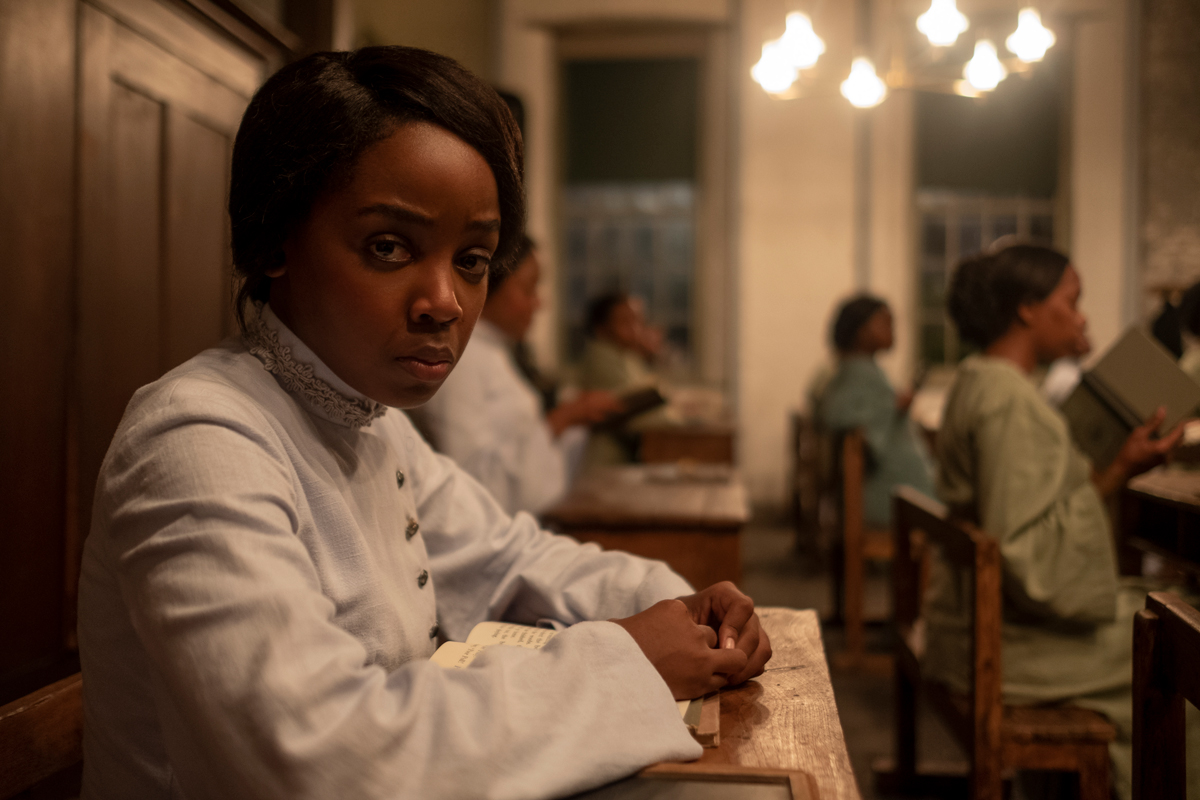 There is a brief passage in an episode dealing with Ridgeway as a young man (played at this age by Fred Hechinger) that contains one of Jenkins’s most effective uses of the technique to date. The future slave-catcher, at odds with his father (Peter Mullan), who insists on hiring freedmen instead of purchasing slaves, forces a confrontation with a Black servant by asking her opinion on runaway slaves. “If you’re meant to be free, then you are free,” he reasons. “If you’re meant to be in chains, then you’re a nigger.” A nasty scrap of sophistry, but one that continues to govern the allocation of resources in our world. The camera stays on her face through most of his harangue, watching as the tips of her mouth turn down. The elder Ridgeway commands his son to stop. The camera drifts away from her over to the father’s mouth and then eyes. It reads as the younger Ridgeway’s POV shot, except that when the scene cuts to the reverse, the shot isn’t anchored in the son returning his father’s gaze. He’s still watching the speechless servant. The sequence shifts the emotional center onto the woman and her silence. Jenkins pushes the blast off-screen and registers the tremors. 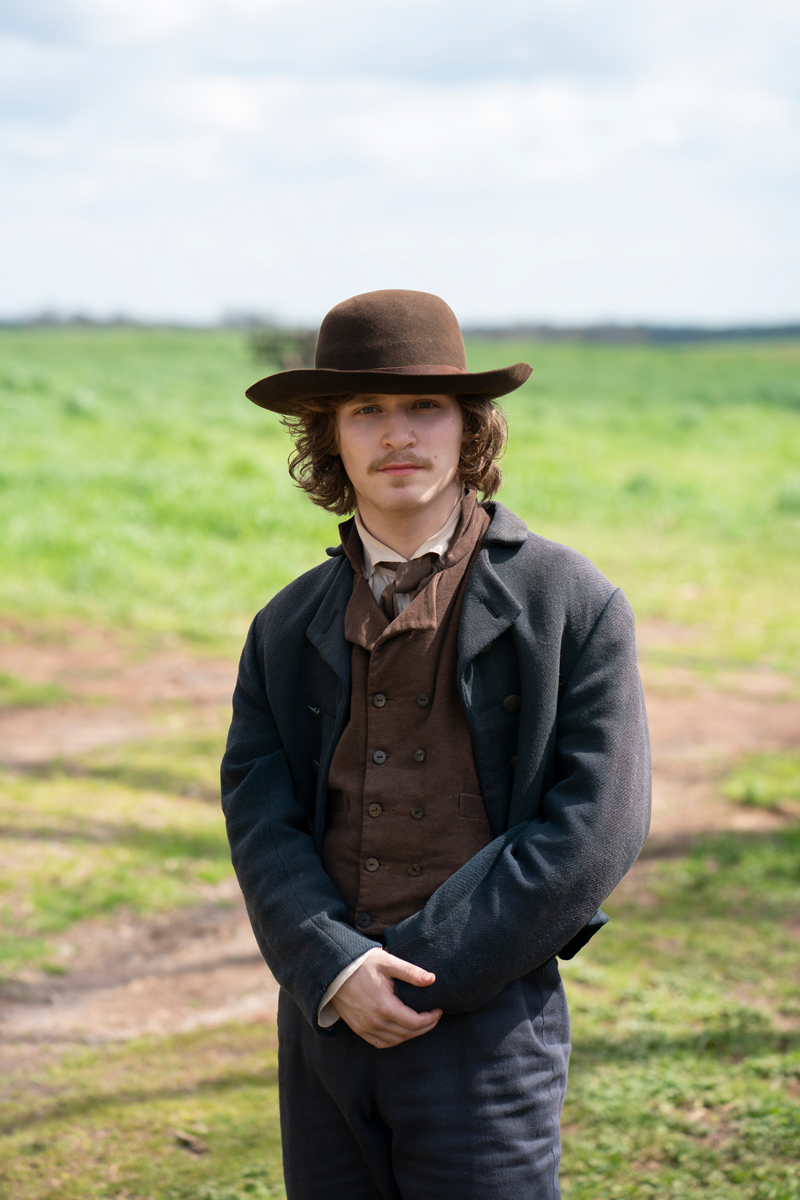 The Underground Railroad arrives at a time when a critical front has taken root against the depiction of Black trauma. Certainly, Jenkins will receive much attention for the great violence people are subjected to on screen. Slaves are beaten, tortured, burned alive, and hung. Crosses line a road, waiting for the return of runaways. Curiously, this debate about the value (a strangely utilitarian reduction) of such work seems almost entirely restricted to image-based art. Whitehead’s novel, and others like it, are rarely met with objections about the purpose of writing about Black trauma. Some of the projects that get impugned this way, like Kathryn Bigelow’s psychologically flat Detroit (2017) or the over-styled TV series Them (2021), are, undoubtedly, poorly made or poorly thought out. But Jenkins, whose work has covered gentrification, addiction, homophobia, policing, and now slavery, has always waded through the muck of trauma. It helps that he has studied great artists, that his camera is at times as fluid as Max Ophüls’s once was, that here he has the command to slow things down, to search and not find an answer.

I wonder what would happen if we had a cinema that refused to show the abrasions left by the nation’s history in favor of a vacuum-sealed joy. That would be not dissimilar to a recent linguistic intervention aimed at doing away with the word “slave” in favor of “the enslaved.” It is a noble attempt to force the culpability back on the part of our ancestors’ captors, but it is unclear to me who is saved this way. I come from a long line of slaves. As Barry Jenkins noted in a profile for Vanity Fair, “the shame is not ours.” 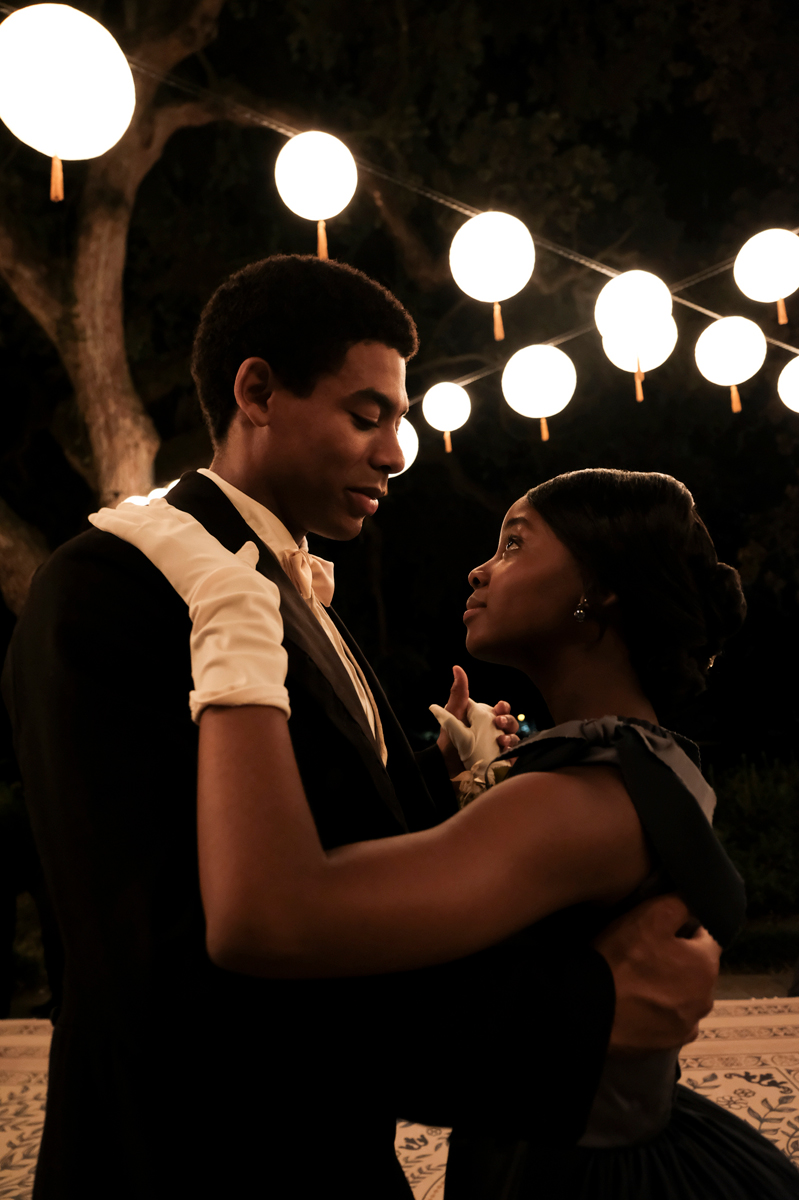 There is pain, great pain, in The Underground Railroad, but it is not a horror film, as most slave films are. There is Black trauma on the screen because there is Black trauma in our history and our lives. There are also two people standing in a field, dancing on the edge of falling for each other, the sun’s rays now and again peeking past their heads and blotting out everything but their outline. The shame is not ours. It is what comes after that, outside of it, that belongs to us.