Celebrity, politics, and the Sunset Strip: photography and the post-fact condition. 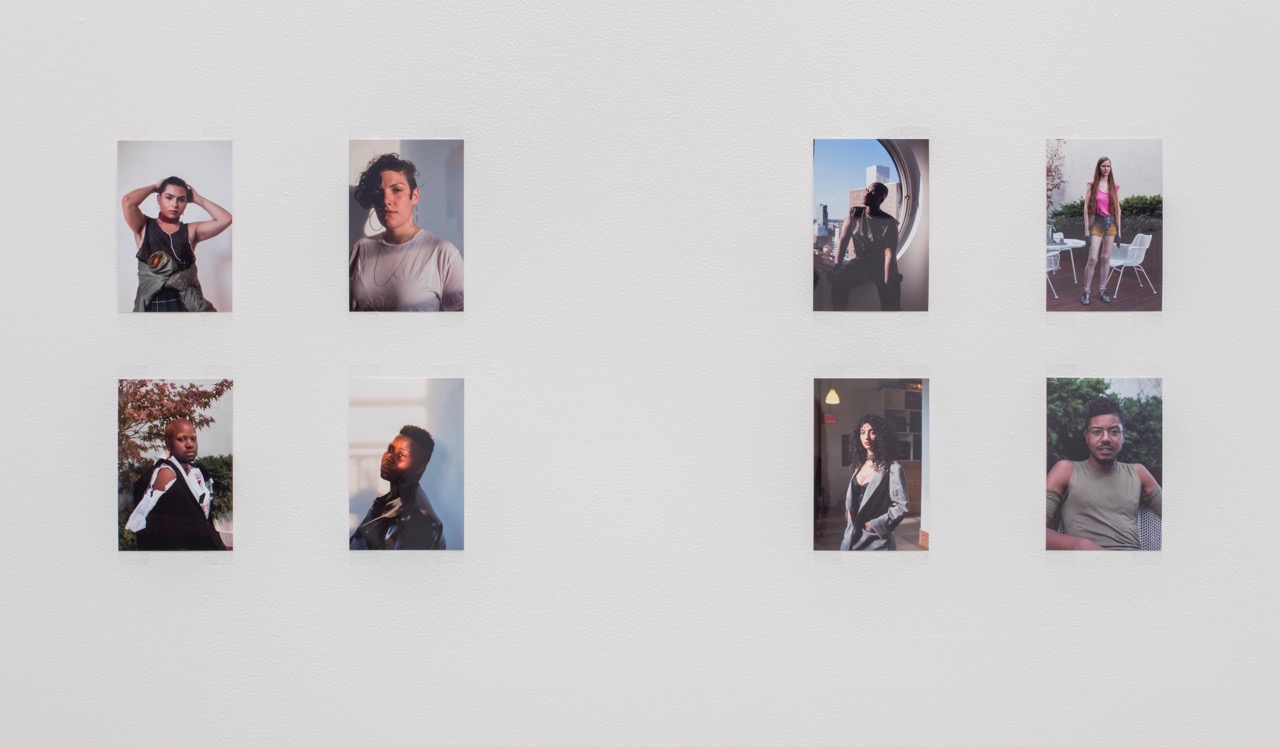 What, or who, are free humans? This is how the photographer Wolfgang Tillmans terms some of the subjects of his portraits (“friends, collaborators, and free humans . . .”) in the notes for his sprawling survey of new and past work in multiple genres now on view at Regen Projects. Before the lens of this renowned arbiter of bohemia, some pose artlessly, apparently trying to forget the specialness of the moment; others feign reluctance as they revel in it. Still others seem genuinely unaware of who is taking their picture, like two grinning teenaged girls with punk highlights and mismatched bathing suits, grasping hands, a Dr. Pepper, and a batik blanket on the boardwalk of the Fire Island Pines, the fabled summer haven for New York’s queer community. Overall these girls look to be pretty free—certainly freer than their counterparts in a society that might forbid their existence. 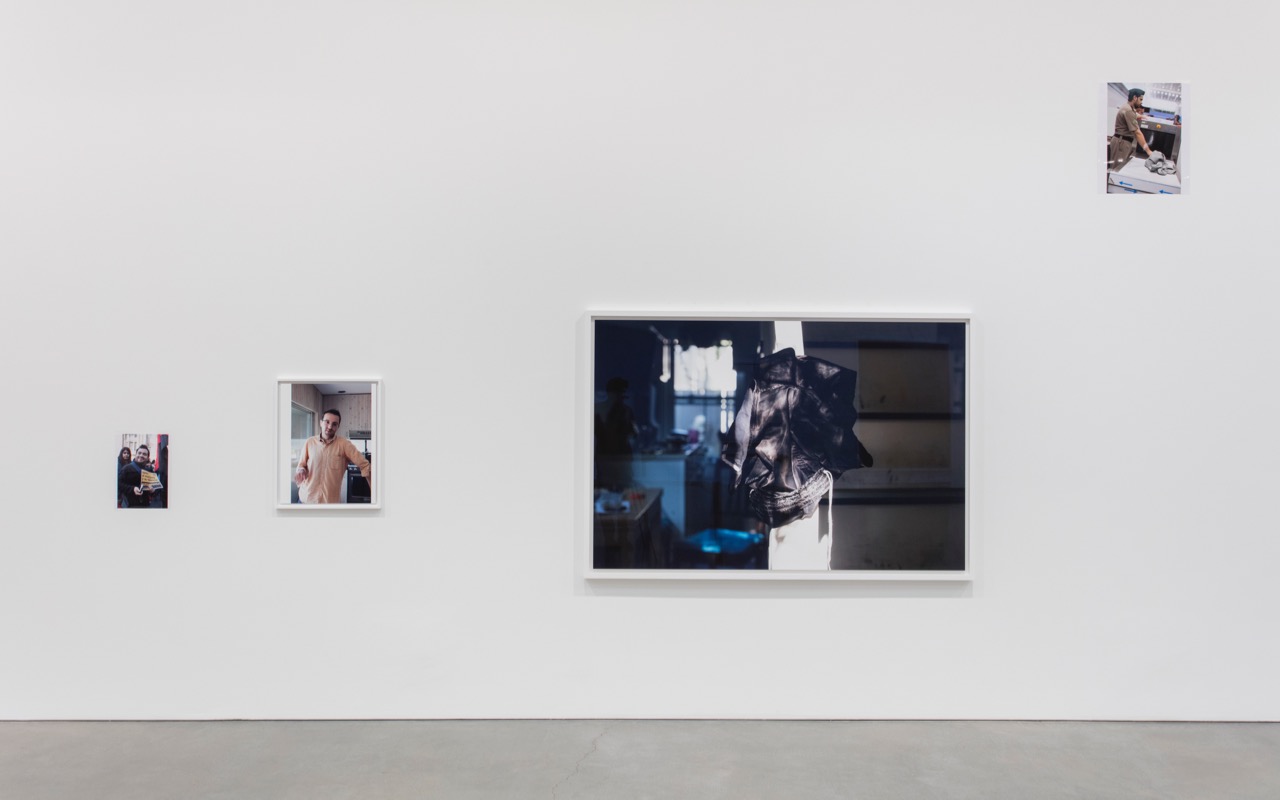 Everyone pictured in the show is measurably recognizable, or not. There are notable stylists, DJs, and other downtown personalities less famous than people like Kelela Mizanekristos, a singer with a devout fan base and Wikipedia credentials. And triggering an endless cascade of images, gossip, and think pieces with a simple googling of his name is Frank Ocean, in what appears to be an outtake from a photo shoot with Tillmans that generated the album cover for the musician’s long-anticipated August 2016 release Blond. Some fall outside of renown—for example, a militarized airport security guard in a beret and khakis, whose gaze avoids the artist’s. He guides a crumpled heather sweatshirt into an X-ray machine: the same sort of inanimate textile the photographer eroticizes in more permissive settings.

The personal is political is a tired truism, and its message doesn’t exactly apply. Ultimately, Tillman’s roving subjectivity (that of a self-made millionaire, ruggedly handsome, youthful middle-aged gay man bon vivant: a free human, no question about it) generates the material. And his adept editing—this show consists of more than a hundred images spanning multiple galleries and hallways—draws the viewer into a constellation of conscious redundancies, déjà vus, riffs, and aberrations. Beyond people there are places: oceans, interiors, the Sunset Strip at night. In its totality the gallery feels like a deconstructed movie, an autobiography.

While scenes from Black Lives Matter protests and the dystopic sterility of airport security and immigration stations allude to timely tensions, only one piece explicitly situates the exhibition in the historical moment in which it opened: four days before the 2016 United States presidential election. A poster stacked for the taking à la Felix Gonzalez-Torres, similar to those the German-born, London-based artist created for the Remain campaign during Brexit, reads: “ONLY AMERICANS HAVE THE POWER TO STOP TRUMP.” 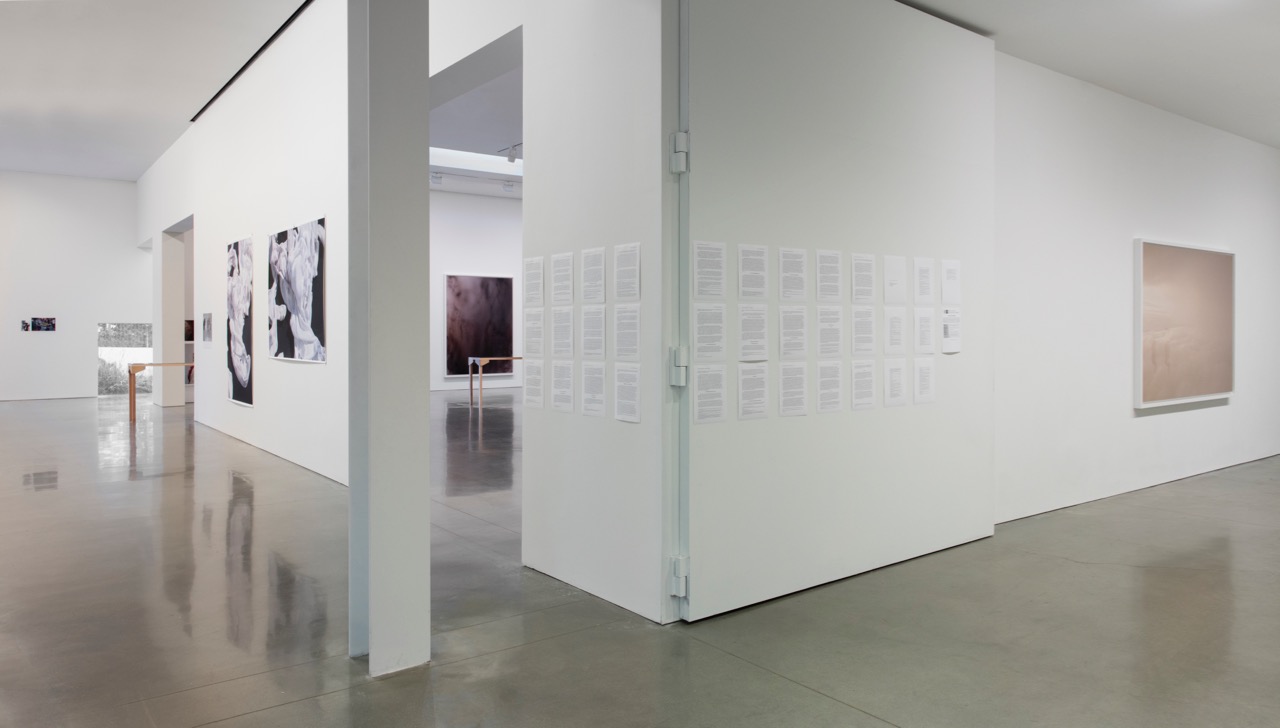 But with haunting prescience, Tillmans pointed to one reason why Americans didn’t. Page by page, a lengthy 1999 academic treatise titled “The Law of Group Polarization” by Cass R. Sunstein hangs gridded on the wall beside an entrance to the main gallery. The political-science phenomenon it describes is how deliberation on an issue by like-minded people empirically tends to compound the original point of view rather than challenge it, to the extent that members are dissuaded from sharing any information that might detract from the groupthink. This text serves to introduce a series of tables strewn with collaged words and images under glass, called Truth Study Center, which blends statements by politicians, think pieces, and other assertions into a kind of concrete poetry about the post-fact condition. 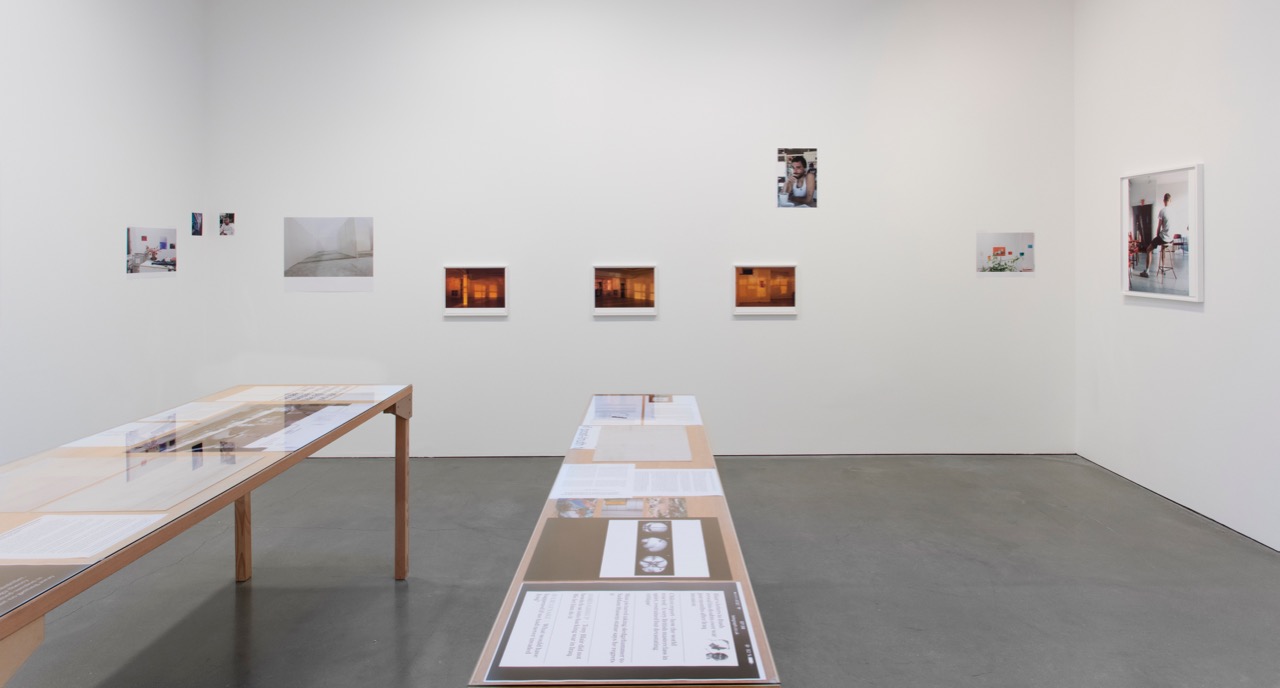 Among them are an array of dizzying, almost vapid computations that relate our imperiled present to mythic-stature crises of the twentieth century, reinforcing the illusion that distance inherently insulates the conditions and subsequent potentialities of then from now:

The salience of these reflections is nebulous, but they do illustrate that the last vestige of fact will be in numbers. Ones and zeroes are the building blocks of economic order and the digital horizons of expanded realities; looking backward, as societal recognition of history crumbles, symbolic dates like the ones invoked by Tillmans will be the last pillars to fall. The knowledge of when things happened is more resistant to revision than why or how, or, as we are quickly coming to learn, even what.

It remains unresolved exactly how the meaning of the show’s strictly photographic oeuvre is meant to coalesce with the more polemical Truth Study Center works. At first the latter seemed to underscore the valiance of living against the grain, as depicted in the former. But given what has passed since the show opened, the photographs now resonate with innocence, like the girls on the boardwalk, perhaps oblivious to the magnitude of what they are facing.