A father and his Down syndrome son take to the road in Jesse Ball’s new fabulist novel. 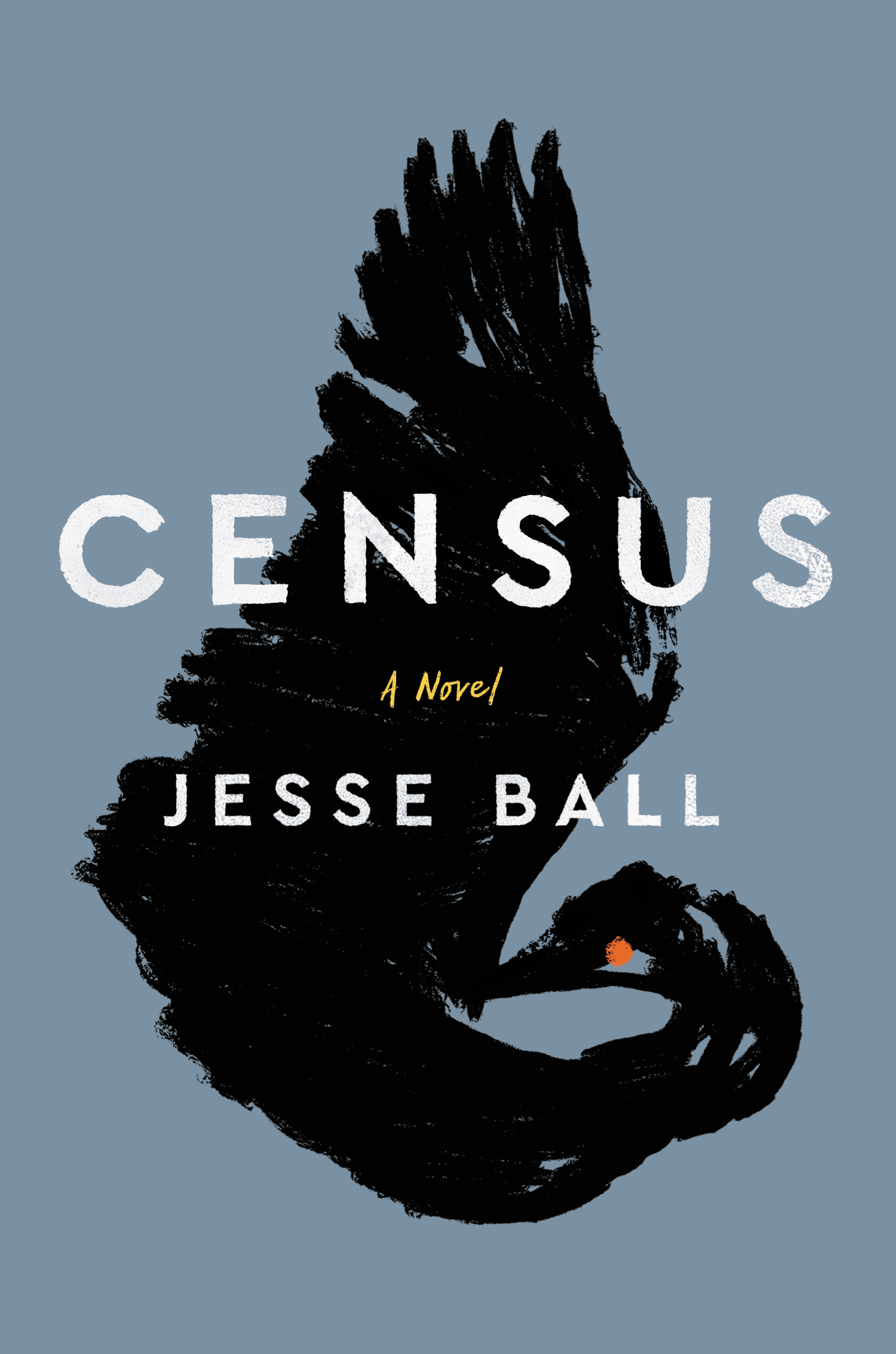 The writer Jesse Ball is prolific. Since his first collection of poetry appeared in 2004, he has averaged over a book a year across genres. Ball has described his novel-writing process as a kind of durational performance: he completes most of them in two- to four-week bursts. (He also authors short stories and essays.) As a slow writer, I’m dubious—and, I’ll say it, jealous—of fast writing, so it’s not without begrudgement that I concede: Ball’s novels (I haven’t read his verse) are generally very interesting. With complex structural tricks and a playful absurdist gleam, they push and pull at fiction’s very fictiveness. Census, his seventh, is more modest than his others, even occasionally a plod, yet it sustains a subtly glowing warmth.

Ball’s brother Abram, to whom the new book is dedicated, died young from complications relating to Down syndrome. Ball explains to us in a preface that he wanted to write a novel “that helps people to see what it is like to know and love a Down syndrome boy or girl.” At heart an homage to Abram, Census follows a father and adult son (both unnamed) as they “take to the road” one last time: the father, our narrator, is dying, and he has accepted a new job as census taker as an excuse to go on a final journey with his son. His hope is to survive the trip, though he doesn’t believe he will—and he dreads leaving behind his son, who has Down syndrome, to be cared for by someone else. The novel advances in episodes as our narrator chronicles his journey from Village A to Village Z, braiding together his encounters with villagers with memories from his past, many involving his late wife, an avant-garde performer most famous for her work as an unfunny clown.

Ball—named by Granta last year as one of the best young US novelists—is known for fabulist dystopias that involve puzzle or mystery. But each book is routed through different maps: Silence Once Begun (2014) is a tribute to Japanese writers Kobo Abe and Shusaku Endo; the distrustful young narrator of How to Set a Fire and Why (2016) resembles Salinger’s Holden Caulfield. Given its title’s bureaucratic tenor and Ball’s body of work, it’s not surprising that Census is partly funneled through Kafka—though it’s Kafka imported to the American road story. The setup—nameless father and nameless son on a journey across a grim landscape—evokes Cormac McCarthy’s The Road, though in this case with car and without apocalyptic calamity. I say “American,” though there’s no specified nation. Like much of Ball’s fiction, the world of Census is abstracted by a fabulist flattening. Few characters are given names. Its towns and villages are known as letters (A–Z). Its technologies include a car and train but no computers or cell phones. The census itself is analog, data transmitted via snail mail, tally administered via tattoo on the counted’s body.

Ball’s writing has an improvisational rhythm, likely due to his fast process, and the novel is pleasurably airy, if often slack in tension. Our narrator’s philosophical nature makes him good company on a long trip, his ruminations enriched by his relationship to his son. He might ponder the value of names, for example, their ability to support “excellence in discrimination.” Yet what, he wonders, does his son experience, who exists in “a world without names”? His son must simply “see what is, and [be] impressed by it.” Throughout, the father is profoundly moved by his son’s sense of wonder. “It is certainly true that at all times the world is fascinating,” he says, reflecting on his son’s tendency to get lost. “So when he chooses to simply observe this or that, and, I presume, leap out of his heart into some empathy with the thing observed . . . I have never been capable of objecting.”

His dispatch unspools in a loose tangle of threads, among them the stories he collects as census taker. Hardly the census as we know it, this one is composed of open-ended interviews with each subject followed by the administration of a mark on the officially designated rib. Ball’s census owes a debt, perhaps, to Shelley Jackson’s Skin project—a story composed of one-word tattoos on many people’s bodies. But what makes Ball’s census original—and appealingly novelistic—is that it’s an account more than a count, each subject contributing to a national register consisting not of numbers but of stories. Among other characters, we meet a man who has been compelled to leave his hometown after testifying against his identical twin; a pair of runaways considering suicide; and sisters who claim to have gotten spayed: “We just covered ourselves in animal skins and slunk into the vet’s office,” one sister says. “It changed the way I look at everything.”

If a census typically operates to count populations and sort them according to fixed categories of, for example, sex, race, and ethnicity, Ball’s story-driven version might present an improvement by ignoring the bugaboo of category altogether. Yet combined with the abstractions of Ball’s world, which can diminish specificities of social difference, his census becomes strangely homogeneous. After a while, the parade of predictably odd, lightly absurd encounters grows somewhat tiresome.

The son’s amiable presence flickers on and off in the background of most of the book. He’s there but not there, auxiliary to many of the book’s events, present in the father’s thoughts but rarely active within the scene. The novel ends with a series of photographs, presumably of Abram, as if to call us back to its other purpose: not to account for the whole of humanity but for this subject in his singularity. In his preface Ball explains that he wanted to make a book that was “hollow”: “I would place [Abram] in the middle of it, and write around him for the most part.” If the stories interwoven here are sometimes less than compelling, what holds them together is this son, this brother, whose humble story resists shape, whose thereness thrums quietly throughout.