A novel of dark fabulism by Hiroko Oyamada. 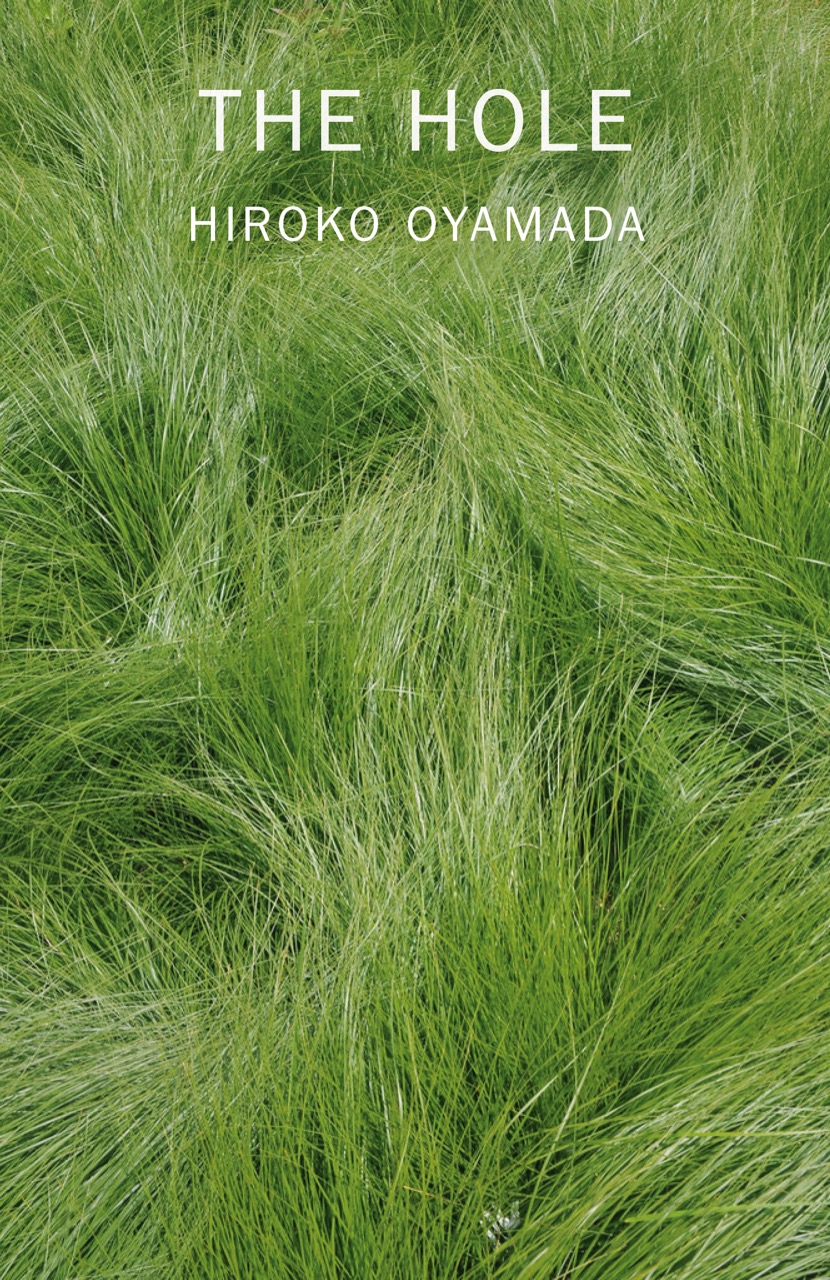 When her husband’s position gets transferred out of the city, Asahi—the lead character in Hiroko Oyamada’s The Hole—quits her dead-end job and moves with him to his hometown. Living rent-free in a house owned by her in-laws next door, Asa finds herself adjusting to a strange new reality: now without need to work (that’s lucky—there are no jobs here), she has all the time in the world. “Endless summer vacation,” she thinks. “But it didn’t feel right.” It’s the perfect setup: for a comfortable life; for a horror story.

Winner of the prestigious Akutagawa Prize in 2013, The Hole is Oyamada’s second work to be translated into English from Japanese, both by David Boyd. In some ways it’s an extension of her first, The Factory (published in Japan in 2013), a similarly lean, hallucinatory tale perhaps best described as Kafka by way of The Office. The three employees whose stories make up that novel lose their days to rote, meaningless work in service to whatever vague entity runs the enormous complex. The unemployed protagonist of The Hole loses hers to life as a housewife with nothing to do, she says, but “waste time.”

As Oyamada’s slim, beguiling novel unfolds, the eerie atmospherics steadily ascend from unease to maximal uncanny. The day of the move, the rain sheets down. The following day is intolerably bright, a disorientation heightened by the shrill, hellish trill of cicadas. Before long, the days lengthen as her body stiffens. “I could barely move,” she reports. “It was as if every muscle and joint, every cell in my body, was stuck.”

Asa joins the pantheon of depressed housewives populating a transnational feminist literary tradition—from Kate Chopin’s Edna Pontellier to Han Kang’s Yeong-hye. These characters tend to be defined by their agency or their refusal, by the choices they take to resist or break out of their roles. Asa, by contrast, is an inquisitive but generally passive narrator whose lack of desire makes her all the more vulnerable to being absorbed into the warp of this new environment. Soon her sensorium is strained: with brightness and buzzing, with sudden, too-sweet smells and questionable visions. As Asa’s reality slides askew, Oyamada tilts it this way and that with impressive control while delivering the peculiar charms that are becoming her signature: animal harbingers and oddball types; trippy landscapes that respond to the characters inhabiting them.

Oyamada seems eager to get Asa out of the house, and out of the structure of a haunted-house tale, which this isn’t. Asa is running an errand for her mother-in-law when she encounters a mysterious black animal, doglike, on the road ahead. “It was obviously a mammal,” she says, “but not one I’d ever seen before.” Though new to her, the animal recalls the similarly ultrablack birds that congregate throughout The Factory (and which, we know, are something . . . else). Asa pursues the beast into a grassy field full of bugs—and holes. She falls into one.

The hole in which Asa finds herself is not a tunnel to an elsewhere. It’s just a hole in the ground, about five feet deep, “a trap made just for me.” An Asa-sized depression, this hole is a literalized metaphor so on the nose one can almost detect the faint gleam of the Cheshire Cat’s grin as it disappears. Asa, after all, is our frustrated Alice, her passage to (or from?) Wonderland blocked. In the hole, she’s not hurt—she’s not even uncomfortable, she assures us. She’s just stuck.

Thanks to the help of a neighbor who has casually materialized, Asa’s not stuck for long, and goes on to complete her errand. A work of dark fabulism, The Hole tells a flattened story—things happen, then other things happen—a mode befitting its protagonist’s dulled state. Might there be something inherently depressive about fabulism, in its deadpan affect and slanted worldview? Or perhaps a smaller claim here is sufficient: that Oyamada has simply thoroughly exploited these parallels.

When Asa’s brother-in-law shows up, a middle-aged hikikomori (or shut-in) she’s never heard her husband mention, he proposes that he may be the White Rabbit to her Alice. A comic character, philosophical and nuts, he lights up the novel with deranged chatter. In his brief and somewhat facetious retelling, he frames Lewis Carroll’s tale through employee relations: the rabbit becoming “a working stiff . . . middle management.” Like The Factory, then, this book is obsessed with work; whether joylessly jobbed or joylessly jobless, Oyamada’s characters cannot leave the logic of labor.

But forget the White Rabbit: the brother-in-law is more akin to Peter Pan. In Japan, hikikomori, a term used to refer to both the condition of social withdrawal and those who suffer from it, has been characterized as a kind of never-ending adolescence. Oyamada makes this literal, too, dressing him in “the sort of pants middle schoolers wear with their summer uniforms” so that he appears as a grown-up child, or a child who has never grown up. Whatever is happening in Asa’s world, the brother-in-law seems to be the key to it. In this way, Oyamada brings these two largely home-affiliated figures—housewife and hikikomori—together, for an adventure that is, importantly, outside.

The brother-in-law may not be real, or alive. He may even be the animal. His role in the town is as unofficial sensei—he’s often found hanging out with the children, reading comics and playing with them in the field, where he leads Asa. “This place is full of holes!” the children exclaim. “They’re everywhere.” And so they are. The children’s heads pop out of the holes like they’re in a game of whack-a-mole. The holes here are hiding spots, a playground. They’re burrows: dugouts where the black animal nests. They’re voids and cells and swimming holes. They’re retreats where one might escape work, life’s endless march. They’re also, maybe, portals. Maybe graves.

Pleasurably confounding, The Hole may at first give the impression of being similarly porous, its logic as pockmarked as the landscape. In the end, it coalesces, Oyamada confirming with one final unnerving image what has been intimated throughout with patient restraint. The Hole sustains a smooth creep, its energies gathering to a force that teeters between dread and hysteria.

Megan Milks is the winner of the 2019 Lotos Foundation Prize in Fiction and the author of the novel Margaret and the Mystery of the Missing Body, forthcoming from Feminist Press.