Nonfiction
The Power of Adrienne Rich

The first biography of the noted American poet. 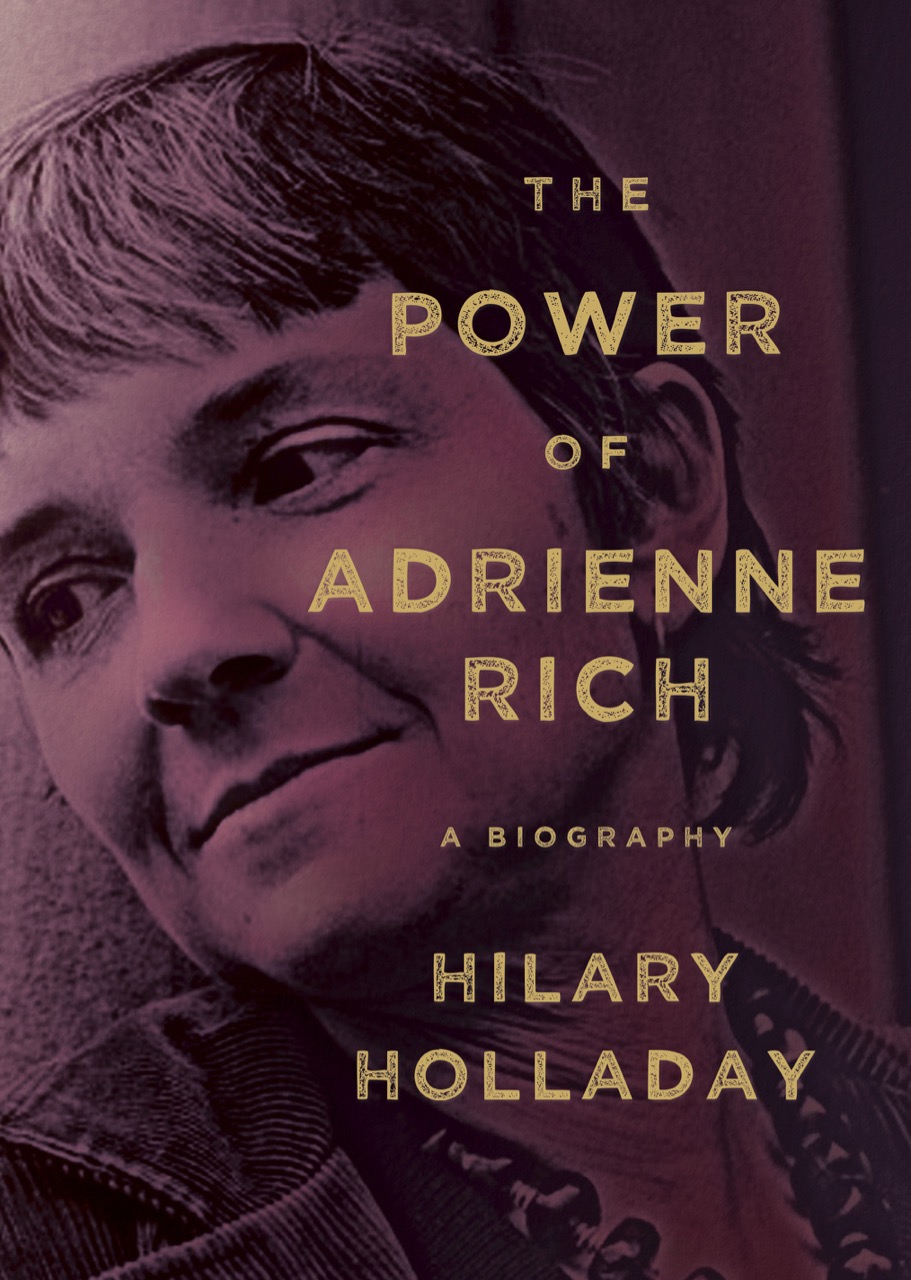 Adrienne Rich was a brilliant but naïve young woman who was “sleepwalking” through life until she awakened to her condition as a woman, to racial injustice, to a nation “moving closer to its own truth and dread.” She realized then that “control, technical mastery and intellectual clarity” were not enough for a poet, that she had to include the political, especially the politics of daily life.

Rich told this story herself, in essays such as “When We Dead Awaken: Writing as Re-Vision”—which still strikes like the feminist lightning bolt that it was in 1971—and in her groundbreaking 1976 book on the dilemmas of motherhood, Of Woman Born. In The Power of Adrienne Rich, the first biography of the poet, Hilary Holladay follows Rich’s script, portraying her as conventional, even antifeminist, until the late 1960s when everything fell into place.

I think this is too easy, too neat for such a driven and many-sided writer. From the beginning Rich tapped deep wells of truth, and to the end she was a patriarch’s daughter. She was exigent, critical, and entitled; she was intuitive and knew things in her bones. In “Planetarium” (1971), drafted in the most tumultuous period of her life, she wrote:

. . . I am an instrument in the shape
of a woman trying to translate pulsations
into images      for the relief of the body
and the reconstruction of the mind.

Like many who get messages from the universe, she found living a less easy problem to master.

Born in Baltimore in 1929, Adrienne was rigorously trained in poetry by her ambitious father. Pathology professor Arnold Rich was an assimilated Jew from Alabama, determined to win respect through the sheer force of his polymathic intellect—and through his two daughters’ success. “I think he saw himself as a kind of Papa Brontë,” she told a friend, “with geniuses for children.” He supervised her homeschooling by her mother, a Southern Gentile whose own calling as a composer was not part of Arnold’s plan. When Adrienne broke down under the strict regimen and had temper tantrums, her mother, on her father’s orders, locked her in the closet.

“He made me feel, at a very young age, the power of language and that I could share in it,” she wrote, but there’s a complex irony in a patriarchal father encouraging his daughter to achieve. While the authority he instilled in her kept her going, it also put her at odds with feminine roles, no matter how much she straightened her stockings and flirted with men. Still, she was a man’s idea of a woman poet, and the literary gatekeepers of the 1950s ate it up. Legendarily, her first book of poems appeared in the influential Yale Younger Poets series the year she graduated from Radcliffe, in 1951. At twenty-four she got her first Guggenheim grant and began publishing in the New Yorker and the Paris Review.

By then she had fallen in love with Alfred Conrad, a handsome economist who, having changed his last name from Cohen, was trying to assimilate enough to be acceptable to Harvard. When they got engaged, her father went into a fury, “haranguing” her in abusive, anti-Semitic letters. He never forgave Adrienne for leaving him for another man.

Holladay doesn’t have access to the inner workings of Adrienne’s two long relationships, the first with Conrad, the second with the younger writer Michelle Cliff. Conrad supported Adrienne’s career in principle, but in practice he left her alone with their three sons (plus an unknown amount of what Holladay calls “household help”) while he advised governments in Ghana or Pakistan. She loved her children but struggled with her maternal role, judging herself harshly when she lost her temper. By 1960, when she finished “Snapshots of a Daughter-in-Law,” she was banging the coffeepot into the sink, hearing angels urging her to “have no patience,” and concluding, “A thinking woman sleeps with monsters.”

After turning to civil rights and antiwar activism, she had her consciousness raised in 1970 and, frustrated by Conrad’s silence and remoteness, asked for a separation. Despondent, he committed suicide a few months later. In her grief, fearing she had been the Ted Hughes to his Plath, she wrote “The Will to Change,” with its famous lines, “We’re living through a time / that needs to be lived through us.” Then she wrote the furious poems in Diving into the Wreck (1973), one of the most enduring works of the feminist movement.

She eventually had an affair with her therapist, Lilly Engler (who was one of Susan Sontag’s exes), and at forty-five awakened to her lesbian sexuality. At forty-seven she met Cliff, who became her partner for the rest of her life. Their relationship was both loving and stormy, their quarrels exacerbated by the stress of homophobia and by the effects of alcohol.

There’s a lot going on in The Power of Adrienne Rich: her disability, the rheumatoid arthritis that left her, from her early twenties, often in pain. Her drinking, possibly in response to that pain. Her alliances and clashes with other women, her harsh judgments on those who fell beneath her standards. Adrienne lived as both writer and activist, dieseling along on outrage, giving herself to causes until she snapped and cut off the people she’d helped. Her need to excel made her self-righteous and divided her from potential allies; genius is a more useful gift in poetry than politics. On the other hand, she resolved one of her most famous conflicts, her debate with Sontag on feminism in the New York Review of Books, when Susan invited her over to her apartment and the two ended up making love.

Adrienne also slept with Robert Lowell and June Jordan, though she turned down another close friend, the famous seducer Audre Lorde. Holladay is a good source for gossip and a fine storyteller, but can’t give her readers the pleasures of Adrienne’s voice: the poet sealed her intimate papers until 2050 and left instructions to friends and family not to work with biographers. In one last contradiction, the poet who dove into the wreck of women’s history withheld her own words from the record. She won’t let Holladay swim beneath the surface as she herself once did, “to see the damage that was done / and the treasures that prevail.”