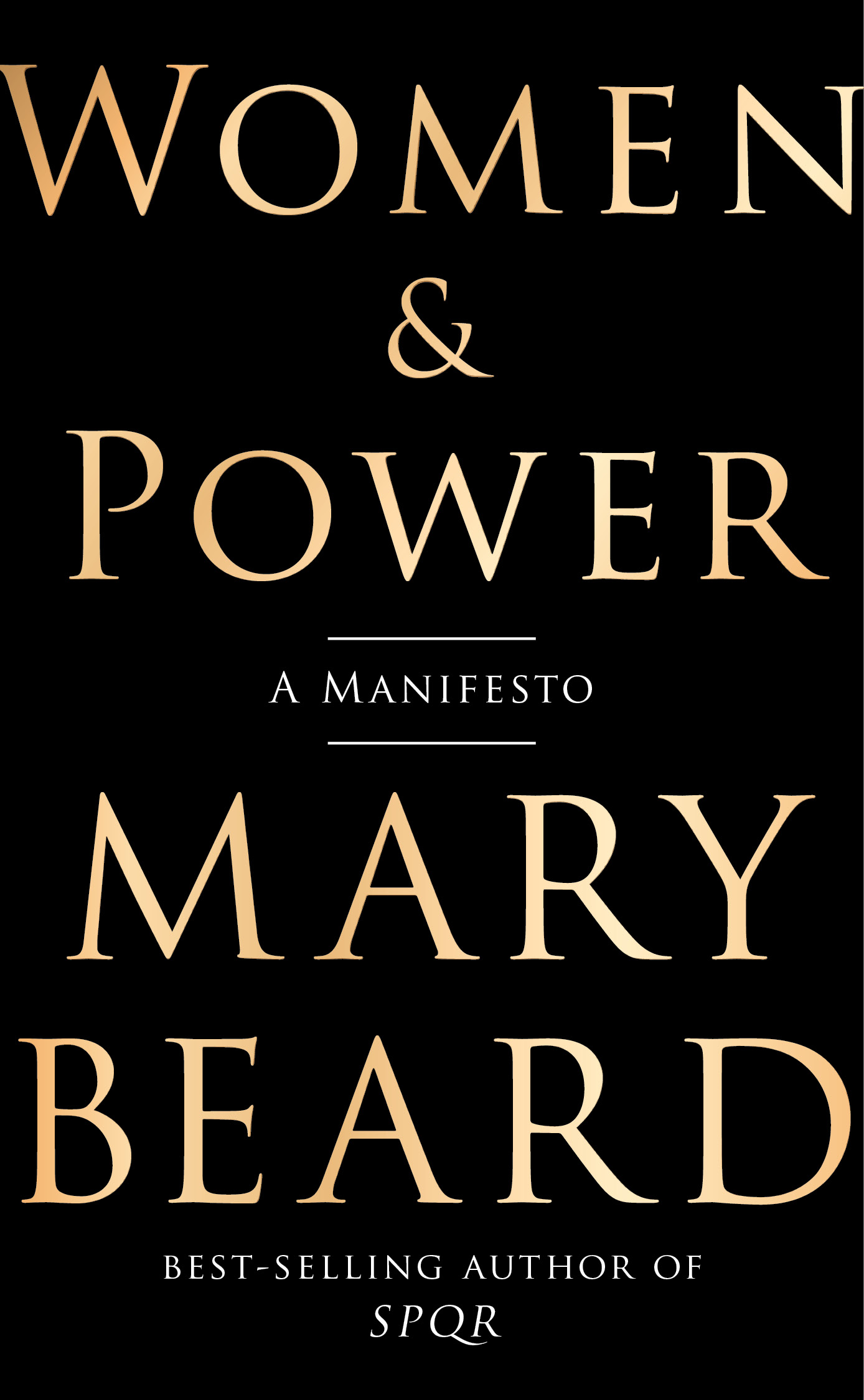 Introverted. Tentative. Tongue-tied. I don’t want to walk on tiptoe, but what’s a woman to do? If I’m cautious, I don’t get the gig; boldness feels unnatural. A while back, after I did a proposal for a writing assignment I wanted very much, I asked a friend for ideas on how to approach the people involved. “Be less self-effacing,” he suggested. “Just act like a person with a penis.”

I could see his point, so I did my best to put my affect on testosterone. I wasn’t chosen—an actual penis person landed the job instead, c’est la vie—but I haven’t stopped thinking about the advice. There can’t be a vagina person alive, particularly one who writes or speaks in public, who doesn’t question her relationship to authority, and who doesn’t sometimes experience her voice as something borrowed or strapped on.

The willingness to expose that clumsy, artificial join—to be a public intellectual without glossing over the awkwardness of being female—is what distinguishes the outspoken British academic Mary Beard, author of the slim, forthright, and rousing essay Women & Power. She’s known as a Cambridge classics professor, documentary presenter, blogger, and Twitter presence, rather than specifically a feminist thinker, and at first I doubted the continued relevance in the #metoo era of examples from antiquity. I needn’t have. Women & Power, originally two lectures given in 2014 and 2017, begins with the compelling observation that at the opening of the Odyssey, right at the start of the Western literary tradition, is a scene of a man telling a woman to shut up.

The woman is Penelope, whose son Telemachus informs her that “speech will be the business of men, all men, and of me most of all; for mine is the power in this household.” In other words, Beard writes, women’s talk isn’t just inconvenient to men. Rather, “an integral part of growing up, as a man, is learning to take control of public utterance and to silence the female of the species.” For the Greeks and Romans, public speech was a set of practices “that defined masculinity as a gender.”

No wonder my penis-voice feels so precarious: it’s attached to my silence. On these rhetorical traditions, ours were modeled, Beard tells us. She describes ancient fantasies of suppressing women’s speech, from the humiliating (Zeus transforming Io into a cow) to the barbaric (Philomela’s rapist cutting out her tongue). And she shows how these stories are enacted on modern-day social media as trivialization and trolling—the latter often expressed through rape threats or “tweets comparing your genitalia to a variety of unpleasantly rotting vegetables.”

Beard’s academic specialty is Roman identity and migration, and her most recent book, SPQR, is a critically admired and bestselling history of the city of Rome. The endless spew that comes her way (when it’s not simply directed at her looks) is partly provoked by her defense of migrants in Britain. Yet as she points out, it doesn’t matter what one says: any TV appearance by a woman is enough to bring on bomb threats or the suggestion that one’s pubic hair could be used to mop the floor. Whether through fear or shame, silence must be restored. Tellingly, the exceptions to women’s lack of voice, she says, are those who “are allowed to speak out as victims and as martyrs.” Women are sometimes also permitted to speak on behalf of their own interests, or other women’s; even #metoo is tolerable, but not women speaking for men or the community as a whole.

Another mythical creature in Beard’s narrative is Medusa, that snaky-coiffed sexual monster whose “beheading remains even now a cultural symbol of opposition to women’s power.” Theresa May has been referred to as “Maydusa,” while during last year’s US election, Cellini’s statue of Perseus bearing Medusa’s bloody head was photoshopped as Donald Trump beheading Hillary Clinton. The image—Clinton’s shrieking face, Trump wielding a phallic sword—was sold on T-shirts, tote bags, and coffee mugs. Do the classical models matter? Beard rests her case.

Women & Power is not a radical manifesto, though it’s a forceful and satisfying one. Beard applies her knowledge of antiquity to current mainstream problems for professional women, such as elections and speaking on TV; she says little about the further marginalization of women of color. If this book were a politician it might be wearing a pantsuit—though Beard herself is a gloriously unorthodox dresser, combining a fine sense of style with a refusal to appear conventionally feminine. (I aspire to her look, especially her gold sneakers and long gray hair.) What Chimamanda Ngozi Adichie’s We Should All Be Feminists does for young women, making a strong basic case for feminism in domestic life, Women & Power does for older women who are ready for agency in the public sphere, whether it’s political influence or just being chosen for the one good gig.

What language should a vagina person speak? One of the unadmitted truths of #metoo is that many women don’t want change if it means giving up the moral high ground. They’d rather remain self-righteous “victims and martyrs” than risk giving offense. The slogan of the Clinton campaign, “When they go low, we go high,” was the rhetorical equivalent of “Just ignore him”—a statement of moral purity but political weakness. Angela Merkel, too, has seen her ethical stand on refugees cost her at the polls. Beard in contrast is interested in “women’s right to be wrong, at least occasionally.”

Beard also remarks that stereotypes can be turned to women’s advantage. She recalls turning up for her first academic job interview wearing bright blue tights: “It wasn’t my usual fashion choice, but the logic was satisfying: ‘If you interviewers are going to be thinking that I’m a right bluestocking, let me just show you that I know that’s what you’re thinking and that I got there first.’”

A strategy Beard doesn’t mention, but that she performs throughout the book and beyond it, is the willingness to be frank, and vulgar if necessary, in her discussions of women’s bodies. In an earlier story, written in 2000, about her rape as a graduate student, she argued that women have to talk about sex or the talking will be done for us. Vulgarity gets women off the narrow moral high ground, while it undermines the sexualized enforcement of silence. Not everyone has Beard’s talent for telling the trolls, as she puts it: “Sorry, sunshine, this is just not on.” But it feels good to have her on the vagina people’s team, as an authoritative voice that’s securely attached to a woman’s body.