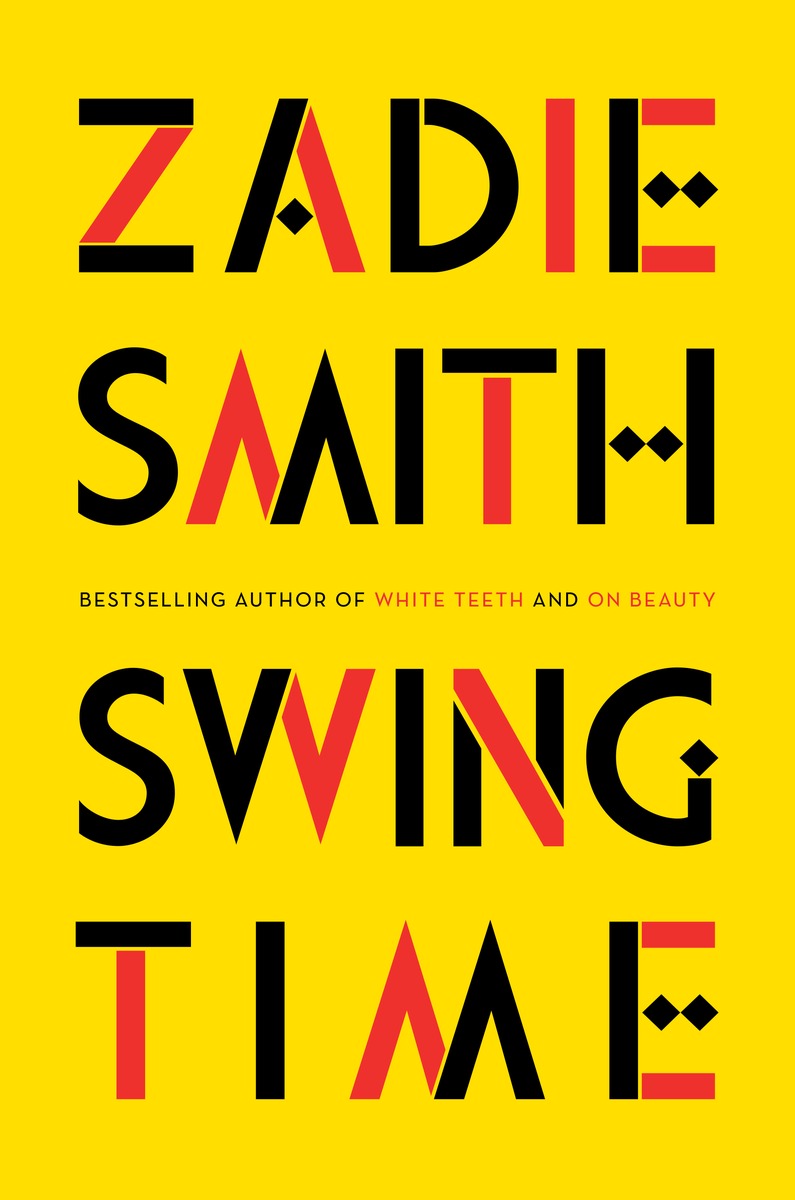 Like Elena Ferrante’s Naples quartet, Zadie Smith’s fifth novel advertises itself as being about two best friends from childhood who come to both revere and resent each other later in life. In Smith’s case, the girls are mixed-race Londoners growing up in the 1980s. But whereas Ferrante digs into the mire, mining the psychological warfare that underpins her characters’ relationship, Swing Time is a far more diffuse work. While Smith spends energy on the friendship, she devotes just as much time probing the complicated relationships that her unnamed narrator (one of the two girls) has with her mother and, later, with her employer. What’s more, the book, true to its title, ricochets between scenes from the narrator’s life that take place over the course of thirty years—roughly the 1980s to the early 2000s. A minor case of whiplash can be expected.

Of the three central relationships in the book, the mother and daughter one is by far the most compelling, if only because the mother is the character who Smith brings most fully alive. A fiercely political, endlessly critical, and wholly inflexible feminist and autodidact of Jamaican heritage, she neglects her daughter and husband in order to attain the formal education she feels is her duty, eventually winning herself a seat in Parliament. By contrast, the daughter—the first in any of Smith’s books to command the first person, inviting questions of autobiography—lacks direction and oozes ambivalence. Resentful of her mother and pitying of her father (a white postal worker who her mother eventually leaves), she grows up envying the natural dancing talent, poise, and apparent freedom that her best friend, Tracey, seems to possess. Tracey—who comes from a rough home where the life of the body, not the mind, is prioritized—also provides the narrator with an identity, if only by association. If there’s a unifying theme to the book, it’s this perceived lack of a sense of self. “That autumn,” the narrator writes, “in my first term at my new school, I found out what I was without my friend: a body without a distinct outline. The kind of girl who moved from group to group, neither welcomed nor despised, tolerated, and always eager to avoid confrontation. I felt I made no impression.”

The problem with Swing Time is that the narrator never makes that substantial an impression on the reader either, rendering a 453-page book in her voice difficult to sustain interest in. She explains her alienation and failure to commit to anyone or anything as a product of her divided heritage: “I think I was strange to my mother and to my father, a changeling belonging to neither one of them, and although this is of course true of all children . . . I was born knowing it, I have always known it, it is a truth stamped all over my face.” But characters still need inner lives. And it’s never entirely clear what the narrator’s consists of, her obsession with Fred Astaire (the title is also a nod to one of his films) and a mostly forgotten tap dancer named Jeni LeGon notwithstanding. From what the reader can tell, she never once falls in love or even—despite having the occasional affair—in lust.

Not long after our narrator graduates from college, she gets a job as a personal assistant to “Aimee,” a single-named global celebrity clearly modeled after Madonna. (Though Smith renders her Australian, not American.) I admit I found it difficult to read about a London-based pop star named Aimee and not confuse her with Amy Winehouse. Could Smith not have called her “Samantha” or “Melinda”? But I digress. In a way, the most interesting thing about the Aimee portions of Swing Time—which contain the expected displays of narcissism (from Aimee) and self-loathing (from our narrator)—is the mother’s unforgiving reaction. Comparing her daughter’s employment to slavery, she says, “you don’t have a life. She has a life. . . . We read about it in the papers. You service her life.” Even after the narrator takes ownership of one of Aimee’s naively conceived yet well-meaning philanthropic projects—a from-the-ground-up school for girls in a remote village somewhere in Africa—her mother objects, accusing her daughter and her boss of conspiring with dictators.

The second half of Swing Time, while retaining its choppy time sequencing, devotes the majority of its attention to the building of the school. The “white people doing good in Africa” trope is ripe for mockery, and Smith does a nice job delineating how everything goes wrong that could go wrong. (The laptops that Aimee donates immediately go missing, the existing boys’ school goes to hell, etc.) She also expertly dismantles the concepts of “poverty tourism” and “diaspora tourism.” There is an especially fine passage when Smith’s narrator visits the island where the slave ships once departed: “All paths lead back there, my mother had always told me, but now that I was here, in this storied corner of the continent, I experienced it not as an exceptional place but as an example of a general rule. Power had preyed on weakness here . . . But power does that everywhere. The world is saturated in blood. Every tribe has their blood-soaked legacy: here was mine . . . the pain was too obviously everywhere, this just happened to be where they’d placed the monument.”

But the book also contains careless errors of language that Smith’s editor might have flagged. In a chapter about a summer job that the narrator has as a teenager at a pizza joint, the owner, Bahran, is described as being Iranian. A page later, Bahran, praising a Moroccan player at Wimbledon, says, “Karim he is like me: he think one, two step in front. He have Arab mind. Arab mind is complicated machine, delicate. We invent mathematics. We invent astronomy. Subtle people.” The last time I checked, Iranians were not Arabs.

And a hippie-dippy white tourist from Berkeley, California, who the narrator meets at the slave ship depot, gives a monologue so stilted in tone that it sounds a little as if it’s been translated from a foreign language by Google.

Swing Time’s conclusion, which returns Tracey to the fore, also slightly defies belief. At the risk of giving too much away, we learn that Tracey has paranoid delusions, but this fact is never fully explained and feels a tiny bit tacked on for the purposes of keeping the female-friendship plot afloat. Conversely, the narrator’s final reckoning with her mother is genuinely moving. If only the same could be said for the previous 450 pages. While eloquent and impressive, Swing Time is a strangely flat work.

Lucinda Rosenfeld is the author of four novels, including What She      Saw . . ., I’m So Happy for You, and The Pretty One. Her new novel, Class, will be published in January by Little Brown. Her fiction and essays have appeared in The New Yorker, Slate, Creative Nonfiction, and The New York Times.