Nonfiction
It Gets Me Home, This Curving Track

In an essay collection, Ian Penman “refascinates” musicians from Prince to Charlie Parker. 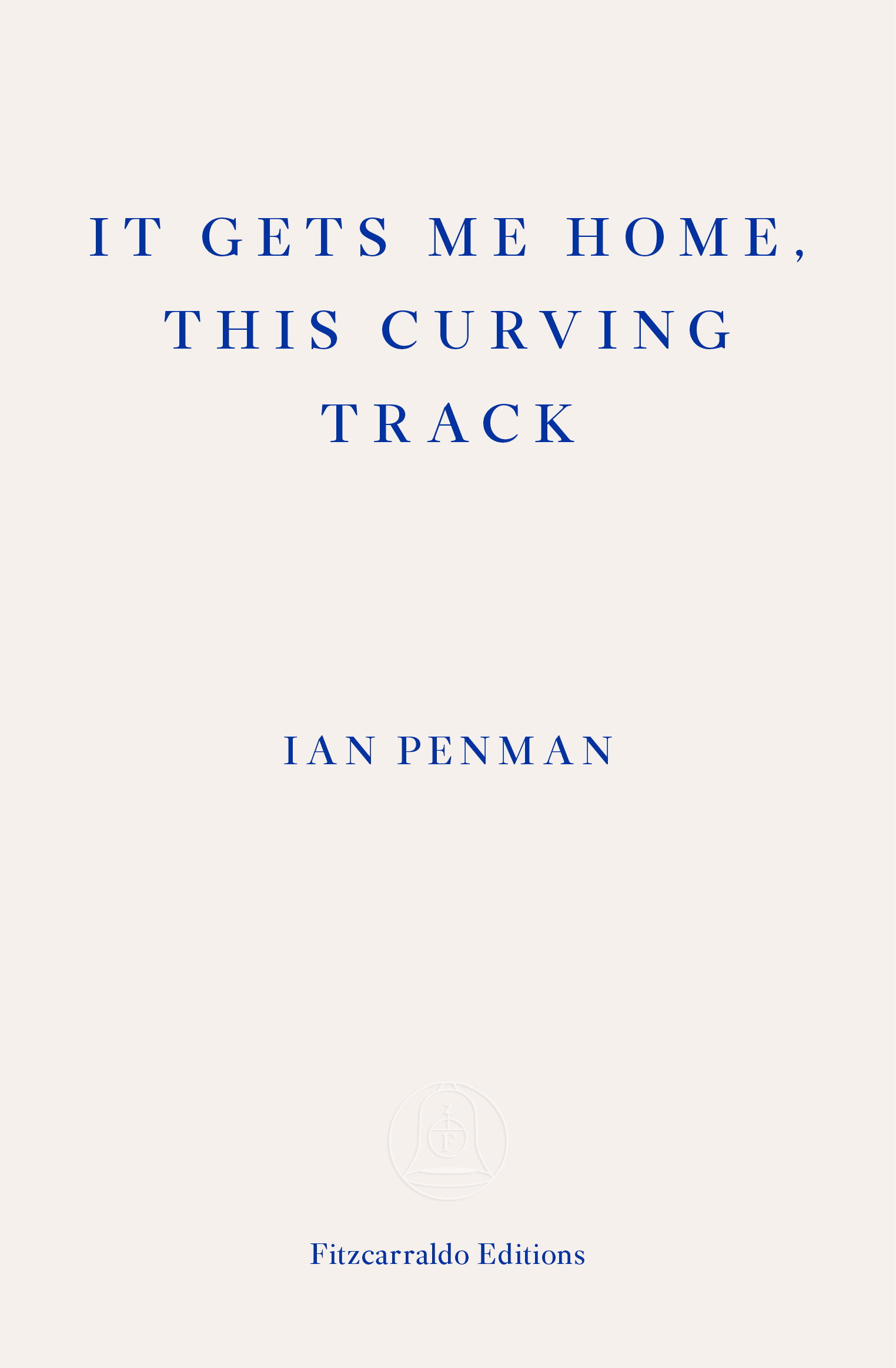 I used to wonder if the writer Ian Penman really existed. He was both notorious and nebulous. In the late 1970s he skipped university to join the staff of a different kind of university—the New Musical Express—when it had a circulation in the hundreds of thousands, ran articles at New York Review of Books length, and covered the kinds of left-field records, books, and movies about which most metropolitan gatekeepers of culture were ignorant. Almost immediately, his criticism rubbed colleagues and many readers the wrong way. “Urchin hermeneutics” is one of the kinder descriptions; more common were variations on “pretentious bullshit.”

“Pretension” is always the laziest jab. A form of segregation (“Know your place!” “Stay in your lane!”). When I was a teenager, long after Penman had left the NME, I heard tantalizing whispers about his writing—that it was playful and riddling, made mysterious use of punctuation, name dropped Barthes and Derrida. Why would that be a crime? Wasn’t pop music itself ludic, often strange, often a refuge for clever youngsters without formal credentials? Perhaps it was true, as one of his critics claimed, that “structuralism did for the music press as much as it did for British academia.” (An early song by the Cure, entitled “Desperate Journalist in Ongoing Meaningful Review Situation,” included the lines, “Ian Penman / He uses long words / like ‘semiotics’ and ‘semolina’ . . . The lads go rampant on insignificant symbolism / and compound this with rude soulless obliqueness”). In any case, Penman (his name already hinting at hackish, Grub Street anonymity) departed the NME and went into exile, hiding in plain sight in the better-remunerated but enervating pages of the style glossies.

Occasionally, if you were lucky, you’d spot him in the British music monthly The Wire. In 1995, he wrote an extraordinary essay on Tricky’s Maxinquaye LP that, invoking Heidegger and Hendrix, anticipated and rendered redundant most of the next two decades of critical outpourings on both Afrofuturism and hauntology: “Dub’s tricknology is a form of magic which does indeed make people disappear, leaving behind only their context, their (t)race, their outline . . . It makes of the voice not a self possession but a dispossession—a ‘re’-possession by the studio, detoured through the hidden circuits of the recording console.”

It Gets Me Home, This Curving Track is, after the long-out-of-print Vital Signs (1998), Penman’s second collection of writings. Taking its name from a 1958 poem by W. H. Auden, it brings together eight lengthy essays that originally appeared in City Journal and (mostly) the London Review of Books. They’re whiskyish, late-evening meditations, eloquent in their understatedness, on musicians including Charlie Parker, Frank Sinatra, Elvis Presley, James Brown, Steely Dan, and Prince. None of these artists are exactly contemporary, but what they share are complex, shifting relationships to race (the working title of the book was I Look All White but My Dad Is Black), and what they necessitate, Penman says, is “a certain taut dialectic between a messy and even desperate private life and the artist’s almost supernaturally elegant, economical song.”

What these artists also require, given the lengthy bibliographies they’ve spawned, is someone to blur or unfix them, to refascinate them. In Presley’s early photos, Penman notices that, “like certain shamans,” his gender is fluid: “In one photo Elvis looks sordid and leering; in another, pure choirboy. From snap to snap you pick up all kinds of unlikely lineaments: native American, Mexican, butch 1980s lesbian.” Charlie Parker, he observes, always sported a grin: “Clean or stoned, upright or unsteady, in transit or out of reach, there it is again; a natural bodhisattva’s airy acceptance of whatever’s next. The full catastrophe!”

Penman is neither reverent nor revisionist. Neither a biographical determinist, nor someone who believes the music speaks entirely for itself. Discussing Brown’s violent and truncated childhood, he points out that, later, the singer “couldn’t play with his own children, because he had never learned to play himself”; that tension and tautness defined his brand of soul, in which there is no “otherness, sweetness, light. His is a roar of certainty, done deals, and finality.”

That otherness—sweetness and sorrow, sweetness in sorrow—is also the timbre to which Penman is most frequently drawn. Reading these essays I was reminded of the name of that classic Belgian record label: Les Disques du Crépuscule. Vespertine vibrations. A certain temperature. Something that lends itself to “critical chiaroscuro” (to borrow a phrase from his Steely Dan piece). Lester Young has it—a tone that is “airy, elusive, a musical braille.” So does Sinatra and Jobim’s “The Girl From Ipanema”: “A music barely there . . . the drowsy strings not slathered all over everything, but coming and going like midnight optimism.” Parker, for all his brilliance, doesn’t: “His playing, while breathtaking, rarely admits softer moods or qualities—anything of drift, reflection, loss.”

Theory, whatever Penman’s critics say, was never a theology or even a crutch on which he relied. Rather, it was a tincture to add sharpness or spice to his prose. Lacan, Leiris, and Benjamin are all referenced here, but more often his allusions are literary. In “Even If You Have to Starve,” his gentle demolition of Richard Weight’s cultural history of British mods, he likens them to Baudelaire’s “man of the crowd”: “They were in the crowd but not of it, tracking sociability like spooks instead of being haplessly caught up in it like everyone else.” This strikes me as a very sophisticated translation of the classic Mod slogan, “Clean Living Under Difficult Circumstances.”

“The Question of U,” on Prince, opens with an inspired epigraph by the equally identity-multiplying Portuguese writer Fernando Pessoa: “To create in myself a nation with its own politics, parties and revolutions, and to be all of it, everything, to be God in the real pantheism of this people—I.” Elsewhere, Penman proposes that Sinatra, these days associated with chintz and cocktails, was a pre-Eno theoretician of ambient music who used the emergent LP format as an opportunity to sculpt “a pocket of time focused entirely on one defining concept or tone; a quasi-cinematic reverie for listeners to sink into and dream along with.”

You don’t have to care about any of the musicians Penman writes about to take pleasure in the tracks and trails he leads you on. He’ll make you laugh (dismissing superficial pop histories as examples of “tellyology”—“Definition: shaping history with both eyes on a potential TV series”). He’ll startle you with a telling detail (supporting the Rolling Stones early in his career, Prince was so unpopular with their fans that they threw not just bottles, but a bag of rotting chicken at him). And, time and time again, he’ll come up with clauses and lines and sentences in which you’ll wish to linger and luxuriate. (My favorite is his description of veteran session musicians as “stamen-soft pollen-dry old side-men.”) Oh! How they take me home, these curving, swerving essays!